The Little Tikes car that we all know and love is sort of available to buy and drive on the road for adults.

We all have fond memories of that car, don’t we? People always go on about how the Ford Model T or the Toyota Corolla or the VW Beetle are the most sold cars in the world, but we all know who the real winner is.

I actually had a different Little Tikes car when I was a kid. Some sort of red people carrier, while my brother had a black pickup truck, but I’m pretty sure there was one of the red and yellow buggers floating around our garden at some point.

In any case, my niece and nephew had one seven years ago, and here I am in it.

I did a lot of ageing once I discovered heavy drinking…

Anyway, as an adult, I have a duck egg blue VW Up, and while that’s all very nice and I once picked Josh up in it, there’s a part of me that wants a drivable Little Tikes car.

Maybe I can have one, as it turns out… 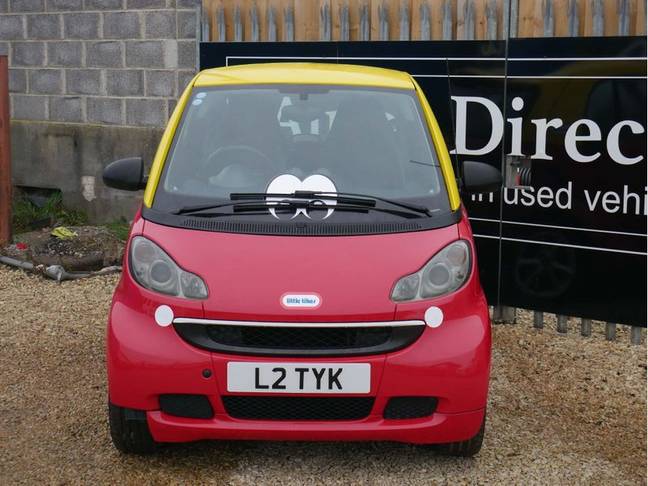 Alright don’t get me wrong. We all know that this is just a tarted-up Smart ForTwo from 2011, but I’d like to see you do better.

I mean, if you passed that on the street, you wouldn’t say “that’s a Smart car,” you’d say “that’s like the car that I had as a child!”

Don’t even try to lie.

The Bigger Tike is being sold on Auto Trader for a [I suppose] somewhat reasonable £3,500 (or £74 a month on finance) and you can see where the money went. 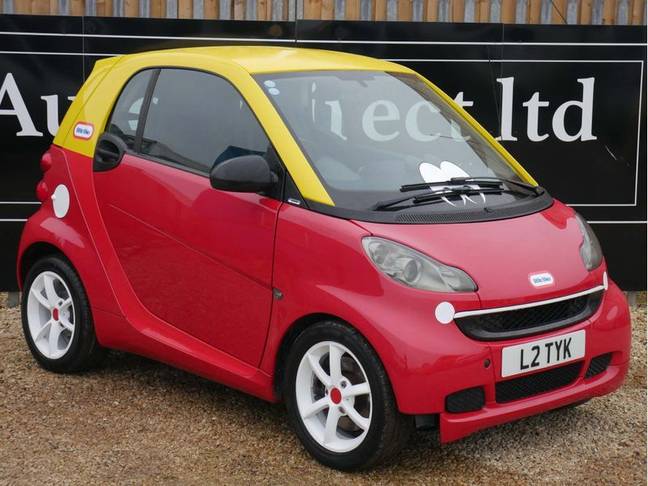 The bodywork really does resemble the classic toy, with a red lower half and a yellow roof, complete with white rims, googly eyes and Little Tikes logos all over the place.

The car may seem expensive for some, but bear in mind that it’s only £500-or-so more expensive than a similar Smart ForTwo without the modifications. 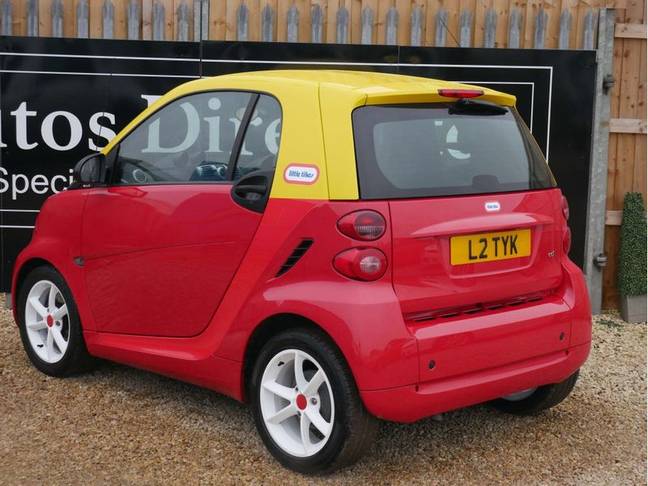 “It’s an iconic car that’s played a memorable role in the childhood lives of millions of people over four decades, and now UK car buyers have the chance to relive some of these memories but this time following the highway code.

“This car is marked as a ‘high price’ by our new Price Indicator, but the valuation doesn’t account for the uniqueness and quirky nature of this particular find. So for any adults who are still big kids at heart and interested in buying, we recommend they speak to the dealer to find out about all of its amazing details.”

I mean if you have the money, then good luck to you.