You Can Now Get A Golf Version Of Beer Pong

A golf version of beer pong is now on the cards as the game has been made readily available for purchase online.

It’s every man’s dream to celebrate with a beer after doing literally anything and drinking games are one of the few things that allows you to do that.

It’s a weird headspace to be in when you’re doing something like beer pong or sip poker; you do everything in your power to not drink the cups in front of you, but as you do so, you drink whatever it is in your hand as normal.

I don’t what it is about drinking as a forfeit that makes people hate drinking so much, but you can be sure that whoever has won will still be drinking to celebrate. Genuinely bizarre. 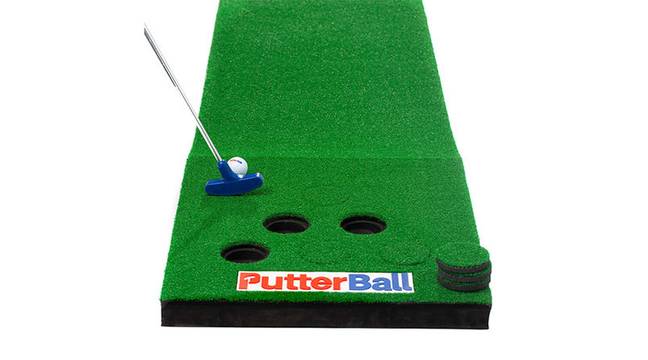 Anyway, PutterBall is one of the new games that will see you trying your hardest to not drink, followed by some drinking, as it essentially combined beer pong with classic putting.

More or less a double-sided putting mat, each end is equipped with six holes (much like the beer pong formation) which you aim for and one you get one, you fill it with one of the handy grass coaster thingies you get.

It’s not cheap, coming in at £140, though it comes with two putters, the fake putting green with 12 holes, as well as two balls and 12 hole covers.

“Experience a revolutionary new golf game that anyone can play. Introducing the amazing game of PutterBall! This unique game combines golf and beer pong to create hours of fun that everyone can enjoy. 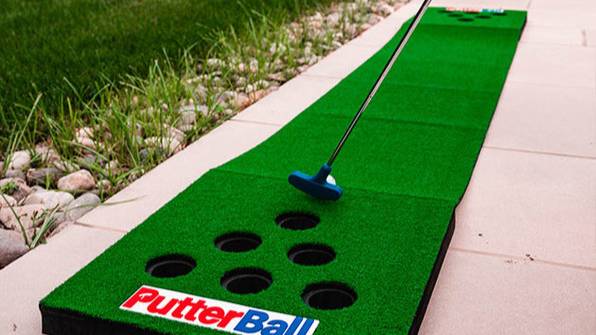 “Once you have the game in your hand, all you need is a few friends, cold beer, and all the makings of a good time!“

There’s probably cheaper ways of achieving a similar effect, but if you have the money then why not?