You Can Now Get Cheese Nuggets In Supermarkets

Cheese nuggets are now a possibility as a brand called Seriously have started selling them at Waitrose and Ocado.

Can you imagine a food that would be mentioned more in girls’ Tinder bios than nuggets literally made out of cheese? It’s always cheese and/or nuggets, and now you can both in one easily-manageable package.

Cheese nuggets. Say what you see, really, isn’t it? I don’t really know how I’m going to fill this article.

Every now and then when I’m hungover or hating myself, I order a McDonald’s on UberEats and I can never decide whether I want a nugget share box or a mozzarella dippers share box. Because I hate myself, most of the time I get both, but it turns out I could just go to Waitrose and halve the pain. 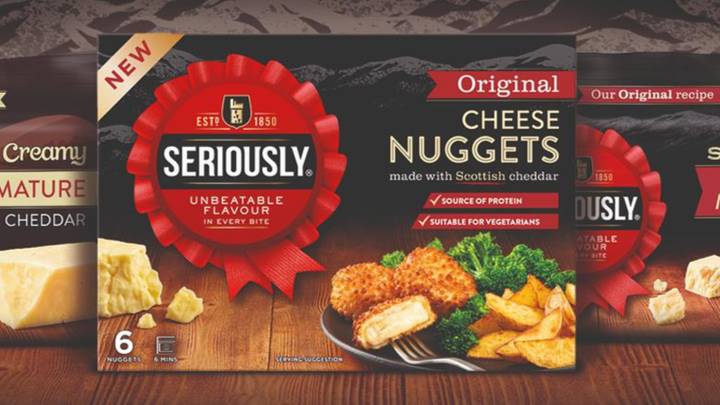 The Scottish cheese brand – called Serious – are known primarily for their dangerously strong cheddar, but have decided to try their luck in the nugget market, creating some pretty amazing-looking cheesicles.

Don’t go thinking that these are your standard mild cheese adventures, as Serious make their cheese nuggets with genuinely strong Scottish cheddar.

The nuggets will launch at Waitrose and Ocado on the 8th July, initially costing £2 for a pack of six nuggets until 28th July, when they’ll start to set you back £3 instead. Want to read a pointless and obviously self-aggrandising quote from someone involved in making these nuggets available in certain shops? Of course you do.

“With Seriously performing well in the market, we wanted to continue to build on this success by introducing another exciting hot cheese product.

“With its Scottish heritage, provoking backstory and a proven track record for bringing successful new products to market, we believe that Seriously Nuggets will be a big hit with both consumers and retailers“.

Why do companies feel like they have to say these things? “Another exciting hot cheese product”?! That just makes me want to buy these less. Absolute nonsense.

But yeah, you can get some cheese nuggets.