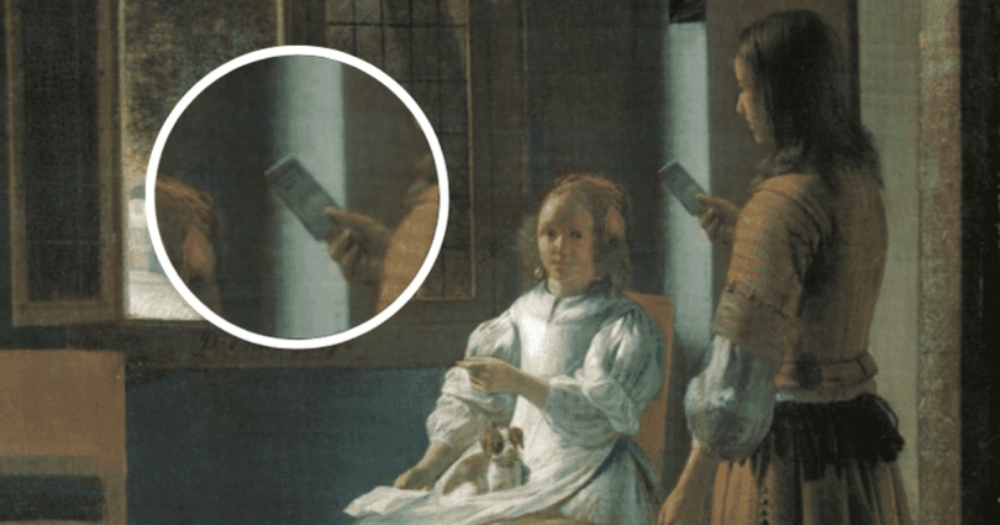 A 350-year-old painting proves time travel as man uses iPhone. When did it happen? This happened on October 9, 2022.

That old painting, which is by Dutch artist Pieter de Hooch and depicts a charming family setting, is so convincing that even Apple's CEO appears to believe it depicts an iPhone.

According to the painting's official description, the old guy in it is 'handing a letter' to the lady seated in front of him but as you can see in the picture below that this 350-year-old painting proves time travel as man uses iPhone.

People's message to Pieter De Hooch, the Dutch artist who created the painting in the 17th century? Mate, stop doing that.

That is an iPhone, not a letter. And judging by the man's stiff grip on the iPhone, he just got a push notification regarding Liz Truss's most recent antics.

Hooch is most known for his depictions of domestic settings, and in the appropriately named picture "Man presents a letter to a woman in a hall," a woman can be seen sitting on a chair with a tiny dog on her lap while a man hands her a letter.

Still not persuaded that the picture demonstrates humanity's capacity for navigating perplexing paradoxes? Tim Cook, the CEO of Apple, might be able to change your mind. 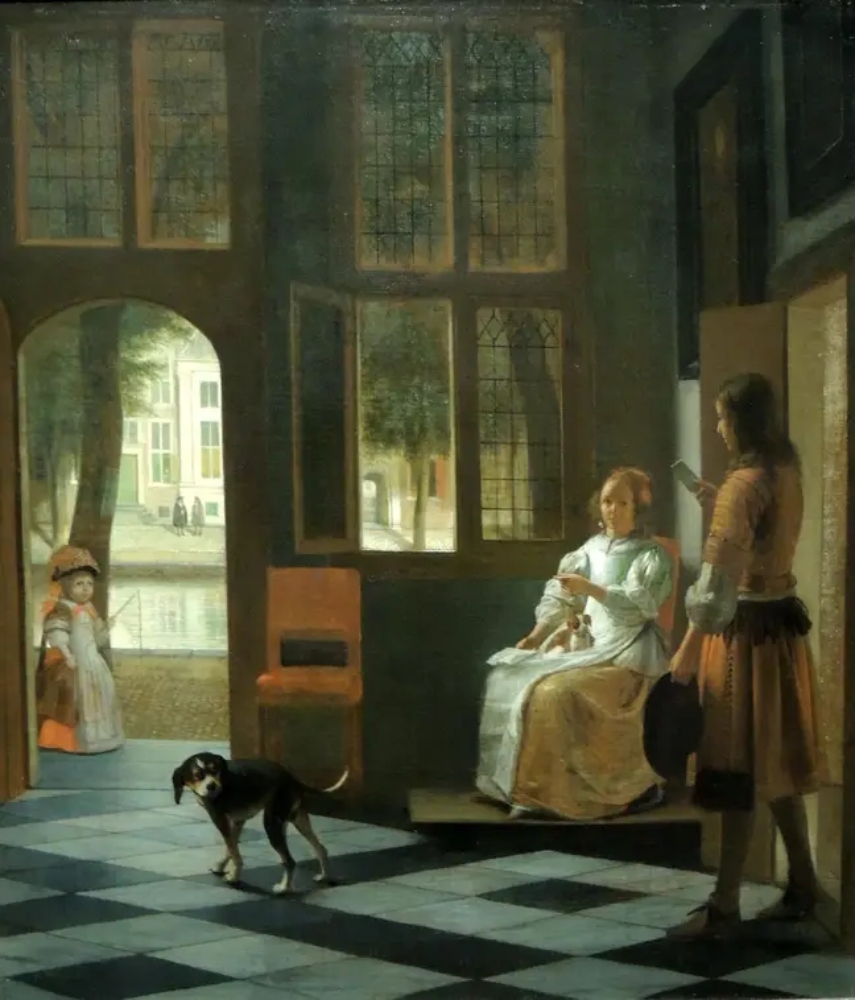 In 2016, Cook visited the Rijksmuseum in Amsterdam, where the painting is on exhibit, and was astounded by how much the subject appeared to be holding an iPhone.

The day after visiting the gallery, he told a crowd that "there was an iPhone" in Hooch's artwork.

One visitor thought they had seen an Apple device in Ferdinand George Waldmüller's 1860 picture The Expected One, which was on exhibit at the Neue Pinakothek in Munich.

In the artwork, a young woman is shown serenely reading what appears to be a book while a young man stands by, eager to give her a flower.

"No one could fail to see the resemblance to the scene of a teenage girl absorbed in social media on their smartphone," said Peter Russell, a retired local Glasgow Government officer, after witnessing the painting, according to Vice.

A 350-year-old painting proves time travel as man uses iPhone. In the artwork, a young woman is shown serenely reading what appears to be a book while a young man stands by, eager to give her a letter.