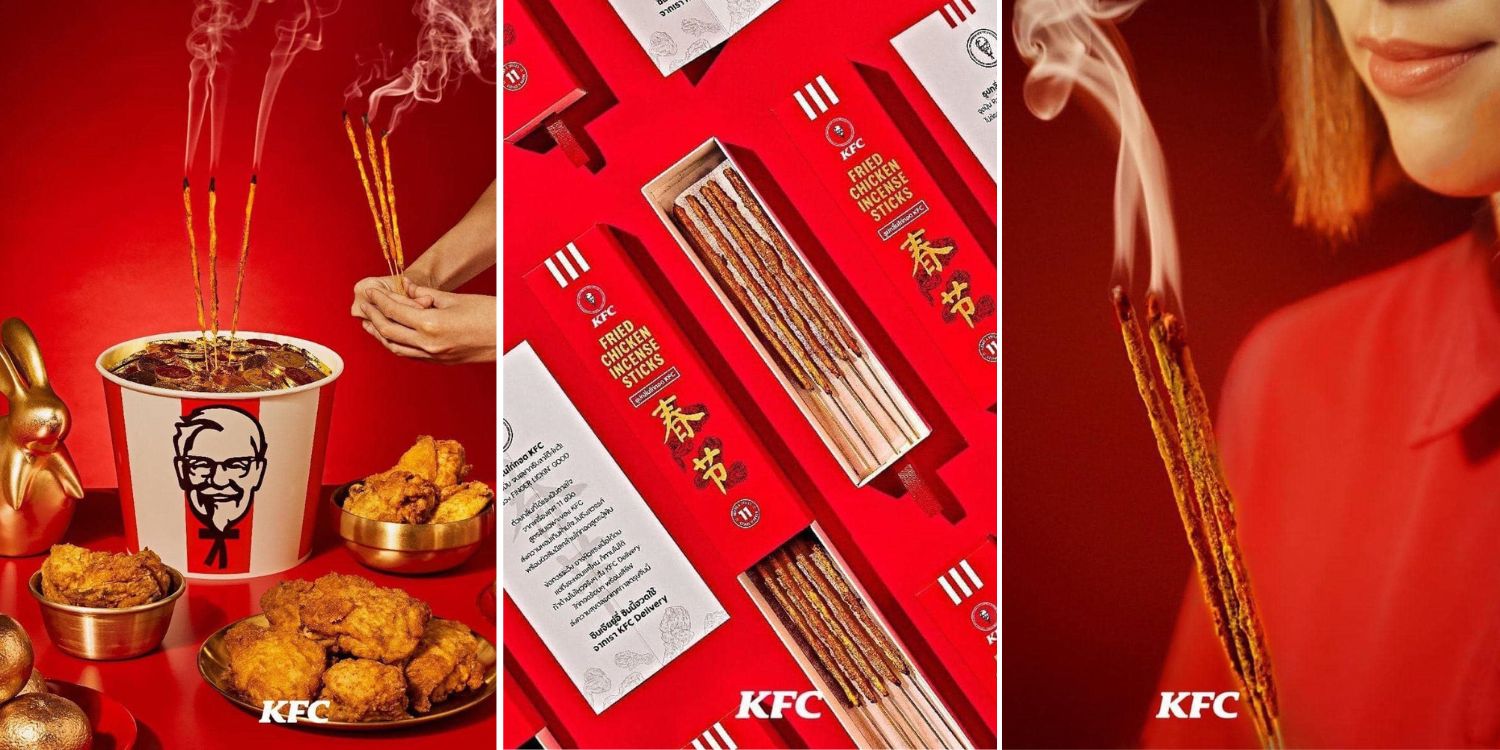 They intend to publicize this one-of-a-kind food delicacy to commemorate the Lunar New Year (LNY). It was called "KFC fried chicken incense sticks" by the well-known fast-food corporation.

However, their Instagram post regarding the product has been removed. People who saw the product said that it was offensive and insensitive, which means that a lot of people didn't like it. Even though it's no longer found on Instagram, the news outlet took a screenshot of it. These are the comments found:

One person commented: "This is cultural inappropriation. SO SO Bad!"

A second person wrote in a comment section: "So stupid ads. Unbelievable! Do some research before making a promotion!"

A third person commented: This is wrong to a very serious level!

A person makes a joke in the comment: "Now our ancestor can enjoy the scent of KFC, Only the scent, They will be pissed off."

Another comment reads: "Only spirit can buy and come."

The last comment said: "KFC incense sticks. That's one way to get your ancestors attention over the lunar new year. Proudly brought to you by late stage capitalism."

The idea originated from the way the Chinese celebrate (CNY) with prayers that entail the lighting of incense, according to a spokesperson for Wunderman Thompson Thailand, KFC Thailand's creative marketing firm. They also sought to create an "exceptional" experience that thrills fans in order to attract attention during a significant season like CNY.

Making the incense produce the smell of fried chicken presented a challenge, so they collaborated with an odor expert and the KFC Scent & Sense Laboratory to develop the scent. To make the sticks feel like fried chicken, especially the way the skin breaks apart, they had to coat them three times.

Why Do People In Other Cultures Use Incense Sticks?

Incense is made up of aromatic ingredients, and as it burns, it emits a variety of fragrant fumes. Numerous religions have historically valued the use of incense. The most well-liked method of banishing bad karma and introducing fresh, positive energy into a home is thought to be burning incense.

Temple-related incense is a frequent type of sacrifice offered to a god or deity. The smell of incense is also said to purify the air and ward off mosquitoes and other insects, allowing people to meditate without being disturbed or distracted, or bothering the god or diety.

Joss sticks are another name for incense sticks. A bamboo stick that has been covered in incense material serves as the incense's core. Both substances will burn down when lighted.

Aidong Zhang, a Quora user, shares his research on this matter. He said:

Chinese people burn incense for two kinds of purposes: [First] Worshiping. Ancient Chinese people consider the light smoke wisps generated during incense burning a messenger, which convey the information of their adoration, respect, thanks, as well as requirements to receivers that may be their passed away parents and other ancestors, all kind of gods and fairies. [Second] Functional usages. You can add herbs, perfume, etc to make incense be medicine, air freshener, etc.

There are a couple of reasons. First, The smoke of burning incense is interpreted by as a symbol of the prayer of the faithful rising to heaven. Second, Thai people are very sensitive to bad odors, they burn incense in their homes to combat foul odors.

Burning incense: A bridge between the human and spirit world

KFC Thailand says that each incense stick smells like fried chicken because it combines the scents of 11 herbs and spices. Their customers were upset by a Lunar New Year promotion that has since been taken down because many of them thought it was a terrible idea.

For the benefit of many, incense is used in many Chinese ceremonies, such as those to honor the dead. It's not surprising that the majority of Chinese people feel uncomfortable about KFC's chicken incense sticks because incense is considered to be sacred.

For example, one Twitter reaction read: "So many things wrong with this. You’d that they would know Chinese culture better." Do you like the idea of fried chicken incense sticks? Would you buy the item or use it? Please tell us what you think.