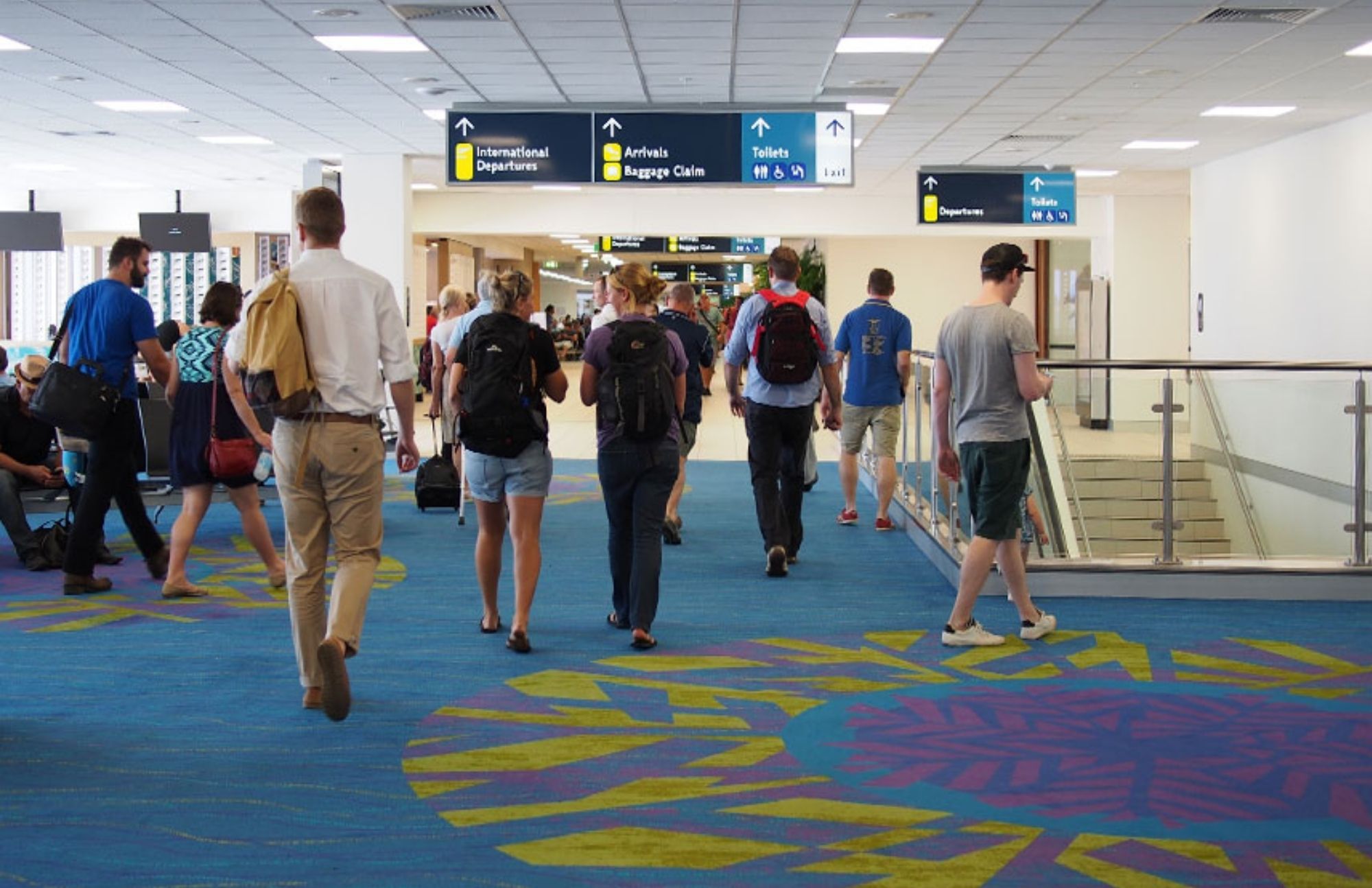 When you travel, it is necessary that you familiarize yourself with the legal requirements and the things that are prohibited by the airlines.

If you don't pay attention, you could easily end up committing a costly offense.

This happens when an Australian airline passenger is fined nearly $2K for bringing prohibited foods.

This was recently brought to light by a traveler who was making their way from Bali, Indonesia to Australia when they made the unexpected discovery.

Because they unintentionally brought illegal goods into Australia, they were given a fine of about $2,000 for their violation.

The passenger, who remained anonymous, was seen moving through Darwin International Airport (DIA), which is located in the northern part of Australia. 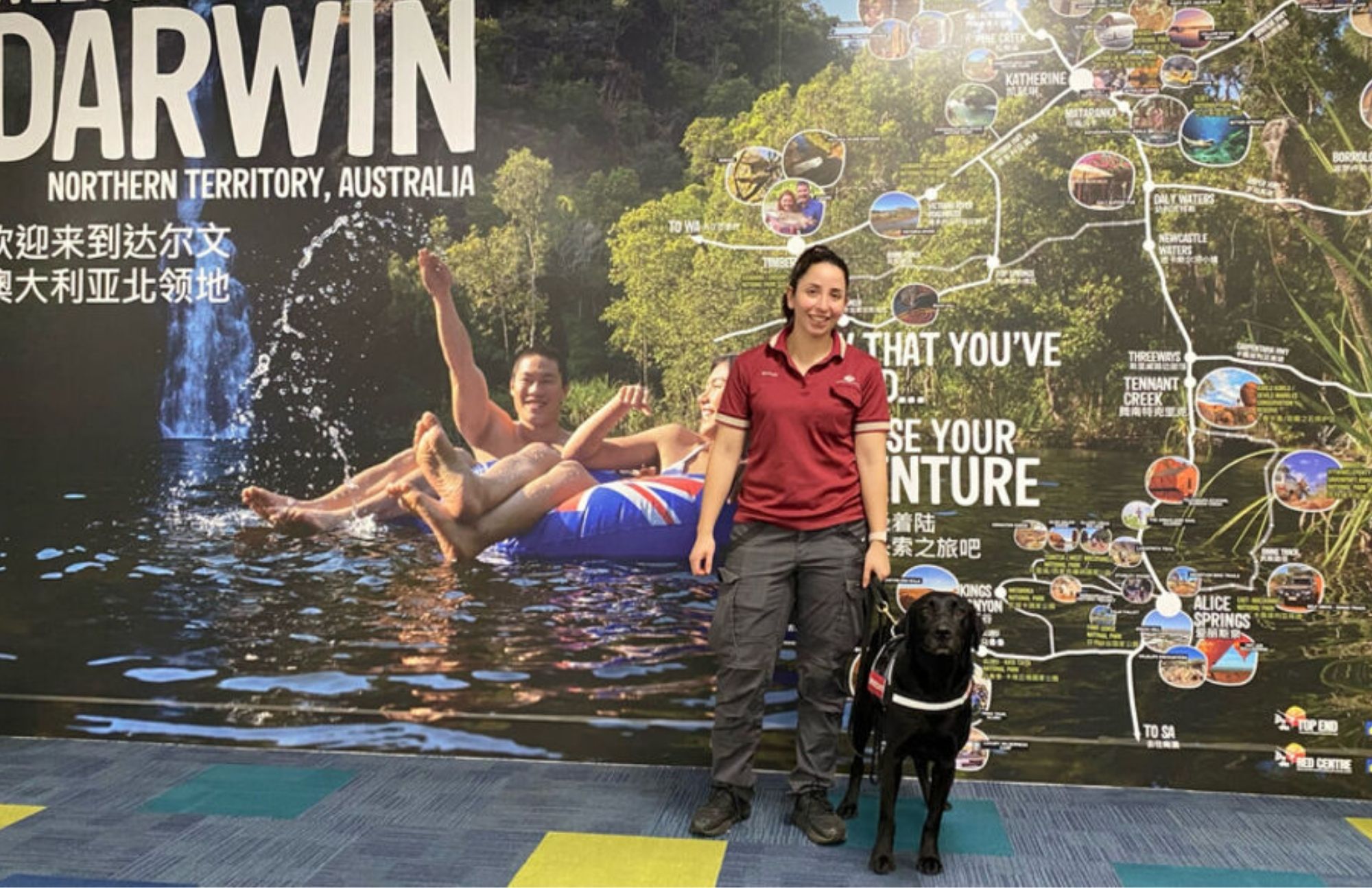 A woman in a maroon polo shirt works at the airport, and beside her is Zinta, a black labrador dog

It turned out that the passenger was carrying three items that were illegal according to the airport regulations.

Specifically, a ham croissant and two egg and sausage McMuffins were purchased from a McDonald's restaurant in Indonesia.

Well, it's simple for us to make jokes about it, but the traveler is probably not in the mood to laugh about it right now.

They were issued a fine of AUS$2,644, which is equivalent to $1,874 in American currency, for importing the breakfast sandwiches into Australia.

Additionally, they were unable to recover their breakfast. The security personnel were able to seize the sandwiches and the croissant, both of which are going to be analyzed for the presence of foot and mouth disease (FMD) before being thrown away. 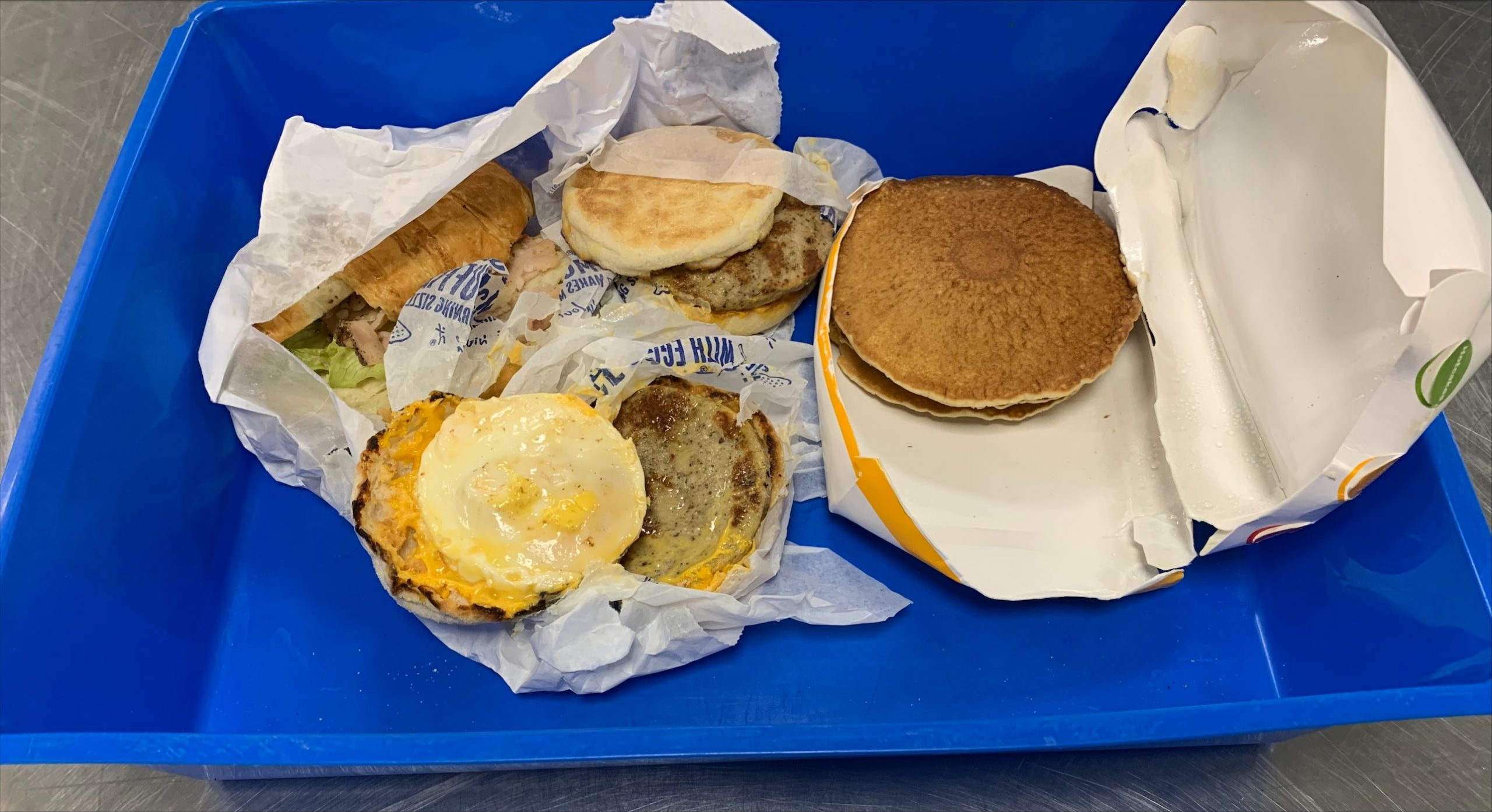 In a statement, Murray Watt, the Australian Minister for Agriculture, Fisheries, and Forestry (AMUFF), said:

Biosecurity is no joke — it helps protect jobs, our farms, food, and supports the economy. Passengers who choose to travel need to make sure they are fulfilling the conditions to enter Australia, by following all biosecurity measures

He also added that Australia does not have FMD, and we want to keep it that way.

"Zinta was placed at Darwin Airport as part of the Albanese Government’s tough new biosecurity defenses, and it’s excellent to see she is already contributing to keeping the country safe.

As to the passenger transporting the McMuffins, Murray didn’t mince words. The minister clearly takes his job seriously and doesn’t pity hapless travelers.

This will be the most expensive Maccas meal this passenger ever has. Murray said, using the Australian nickname for Mickey D’s.

This fine is twice the cost of airfare to Bali, but I have no sympathy for people who choose to disobey Australia’s strict biosecurity measures."

The Australian airline passenger is fined nearly $2K for bringing prohibited foods is a warning example to all who are planning to travel to Australia.

The whole thing seems unreasonable, but the traveler probably should have known that fast food from outside Australia is illegal.

After all, the country is known for having biosecurity measures that are very strict.

When Zinta found the unreported meat at the Darwin airport last week, the traveler who had just come back from Indonesia was fined $2,664.

This is because biosecurity measures at Australian airports have been tightened since the highly contagious foot-and-mouth disease (FMD) was found in Bali.