Guys when the liked the girl then... [meme] 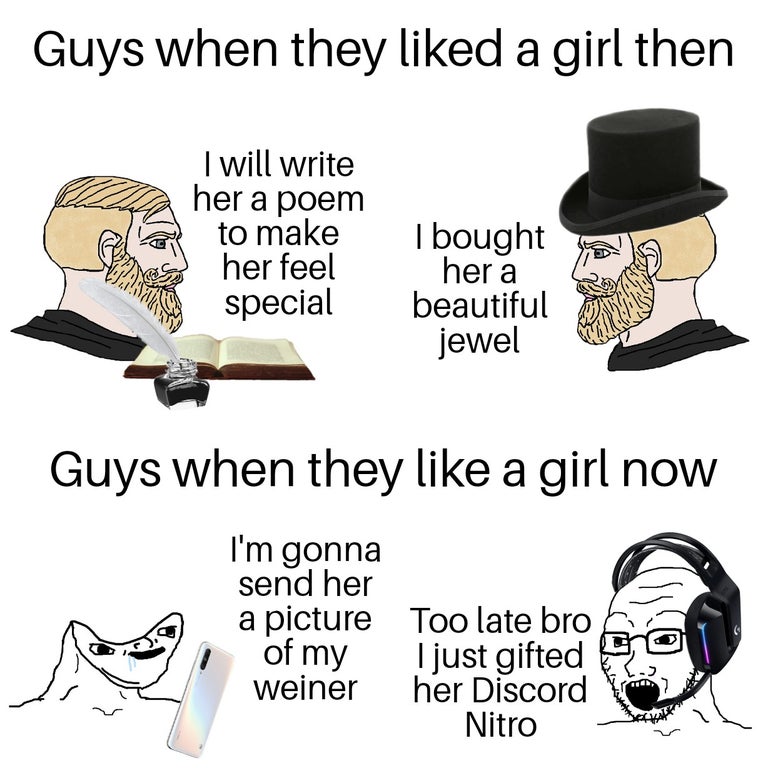 I'm pretty sure that over 99% percent of guys don't do this. You'd have to be a real piece of shit to randomly send dick picks. But then again, I'm not a girl so what do I know what other guys do.

Has somebody here experienced randomly receiving a dick pick? And I don't mean from someone completely random on Reddit or anywhere else, I mean from a guy you actually know.