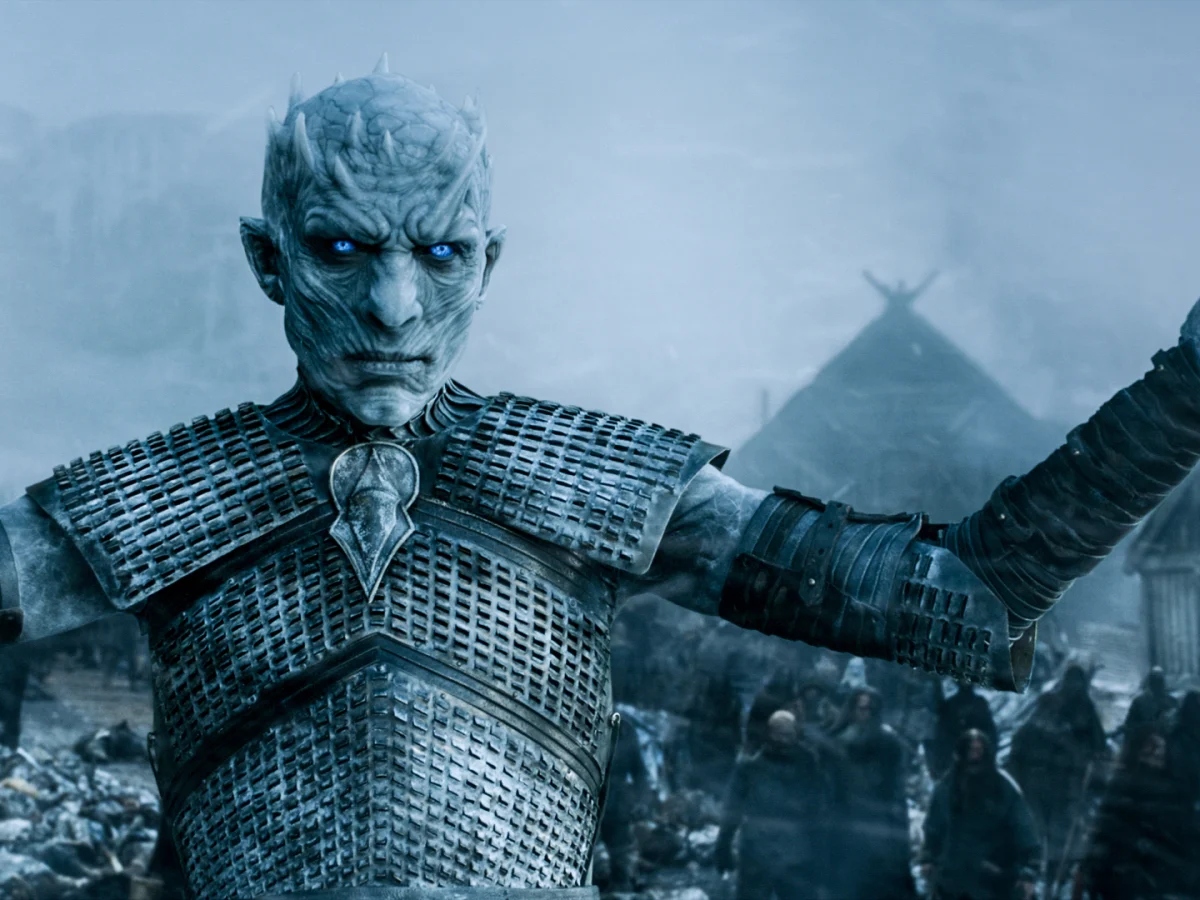 The Night King has become a central character in Game Of Thrones over the course of 8 seasons, with the fate of Westeros hinging on whether he succeeds or not.

Even after two episodes of season 8, there was no glimpse of him, with the closing scene of one episode only showing White Walkers basically outside the front door of Winterfell, as Jon Snow, Daenerys, and co. prepare for battle.

So where the hell is he?

Well, according to Bran aka the Three-Eyed Raven, he should be coming.

During a strategy meeting, Bran suggested that he was used as bait to lure the Night King to the Winterfell Godswood.

The reason was that if the group could figure out a way to kill the Night King, they could stop his army of the dead.

Bran explained, “He’ll come for me. He’s tried before, many times with many Three-Eyed Ravens. He wants to erase this world. And I am its memory.”

We know the Night King has an uncanny ability to be in the right place at the right time - and even possesses the same green-seeing abilities as Bran - so why would he just walk into this trap?

He won’t. In fact, he was not even going to be at the Battle Of Winterfell.

A viral theory put forward by Reddit user qpon before suggested that the Night King will take advantage of the distraction his army provides to conquer King's Landing with undead Viserion.

When the army of the undead line up for the battle of Winterfell, the Night King and his zombie dragon will not be there. Instead he will already be near to his next target … King’s Landing.

Most people have come to assume that the living will lose the Battle of Winterfell and fall back to Moat Cailin…I predict they actually win the battle… only to find out soon after that there is a new army of the dead much bigger and much further south…the population of King’s Landing.

If you play out what the battle of Winterfell would be like in your head if the NK+Viserion would be there… it would be easy for Drogon/Rhaegal to take out the zombie dragon; it’s 2v1 and wight’s all can be killed by fire.. including Viserion.

It would not be difficult to simply fly up to Viserion and breathe fire on him, and that would be that. THE NIGHT KING IS NOT STUPID, not enough to kamikaze his most powerful asset. – If you have a superweapon that you can’t use against a particular target, then you find a different target.

Furthermore, one of Bran’s recurring visions from Season 4 was of a dragon’s shadow over King’s Landing. All that time we assumed it was Daenerys on Drogon, but it could actually have been Viserion, especially given that it’s just the one shadow and not the two of Rhaegal and Drogon.

King’s Landing also held a million citizens who are only protected by some 20,000 soldiers from the Golden Company. The Night King could very easily take the unprepared city and turn every one of its citizens into a recruit for his super army.

He had no real reason to take the fight to Jon and Dany in the North either, especially when his forces were more than capable of taking Winterfell without him. What’s the rush to target Bran? The mark on his arm ensures that Bran could always be found, so there was no pressure to take him out first.

Better to deceive everyone and build up his forces and then come back for Winterfell and the two remaining dragons at a later date.

Of course, it was all just speculation All I’ll say is, Game of Thrones never ceases to amaze (surprise) me.