Side-Scan Sonar - A Tool To Get Detailed Images Of Shipwrecks 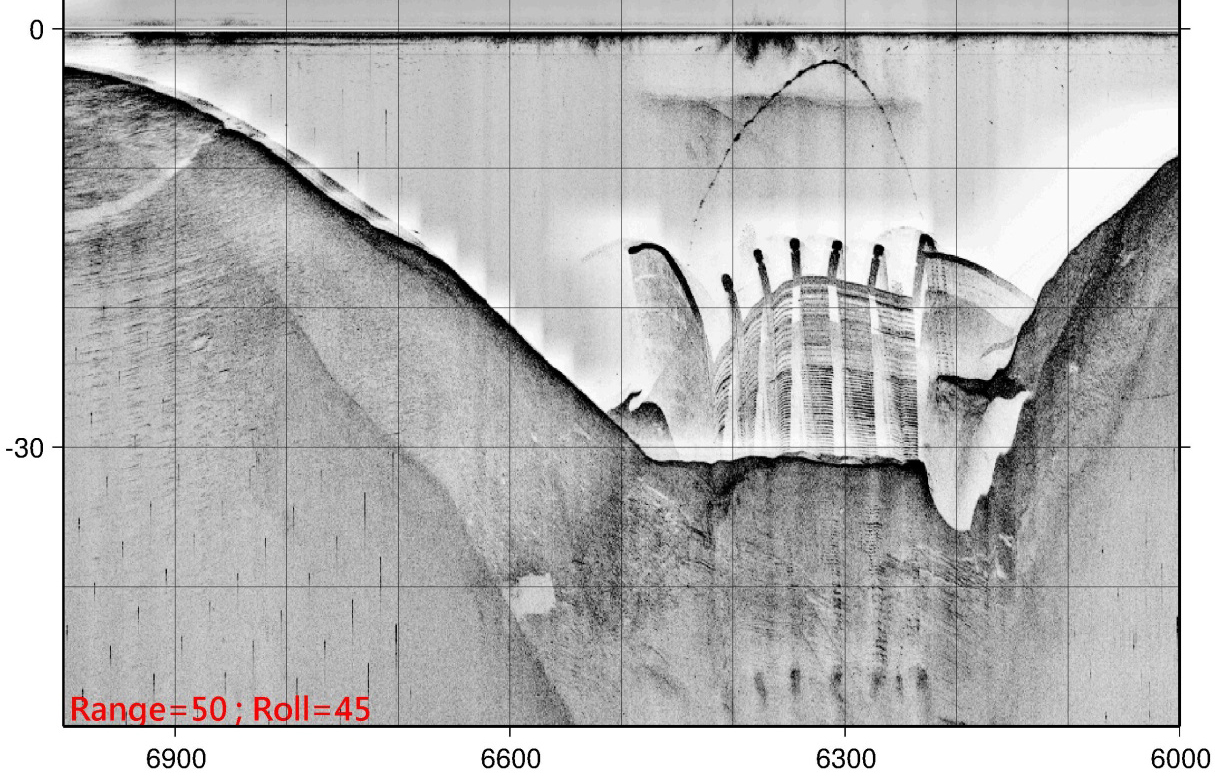 Side-scan sonar is one of the most useful tools for underwater exploration because it can explore a broad area fast and generate a precise picture of anything that is on the bottom of the sea. This is true regardless of the quality of the water.

Active sonar systems can be broken down into several categories. One of these categories is side-scan sonar, which is used to identify and image things on the bottom of the sea.

The sonar's various physical sensors collectively referred to as a transducer array, are responsible for transmitting and receiving the sonic pulses that are used to map the seafloor or locate other objects.

You have the option of mounting this array on the hull of the ship or placing it on another platform, such as a towfish. 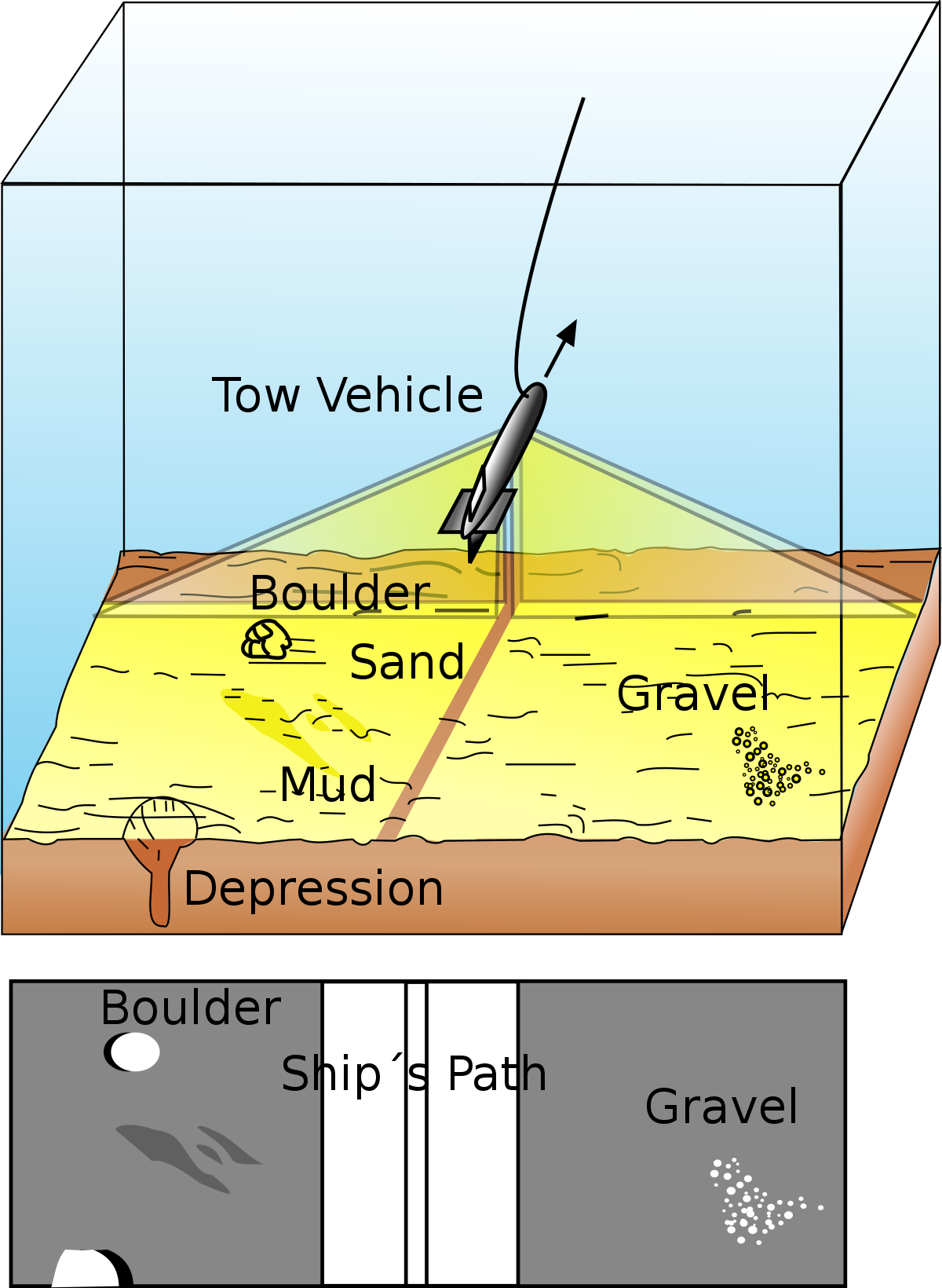 The transducer array sends out signals on both of the scan-side sonar sides as the ship travels along its course.

These signals sweep the bottom in a fan-shaped pattern, similar to how a flashlight beam works.

The ship is able to create a map of the ocean floor as it goes thanks to the side scans, which search at constant speeds and in straight lines.

A lower frequency (50 kHz-100 kHz) can cover broad swaths of the seafloor while having a reduced image resolution.

The towfish will record data at various sound frequencies depending on the objectives of the survey.

Pulses with a higher frequency (500 kHz to 1 megahertz) record a more condensed region but capture an incredible amount of detail.

The data from the side-scan sonar produce an "image" that is comprised of both dark and light areas.

A powerful echo is produced by solid items that protrude from the bottom, and this creates an image that is obscured.

The echoes that are sent by shadows and soft regions, such as dirt and sand, are weaker, resulting in lighter areas.

Scientists can generate more accurate maps of the seafloor with the help of these dark and light photographs.

What Is Side Scan Sonar Used For?

Side scan is a specific form of sonar that offers a number of distinct advantages.

This technique is frequently used to map cultural heritage sites such as shipwrecks; it is also used to characterize the composition of the seafloor, and it can even be used to assist marine biologists in identifying the habitats of marine animals.

Side scan is an option that is considered for use on expeditions on occasion due to the fact that it has a lower operational cost than other imaging methods, such as a remotely driven vehicle equipped with a high-definition camera.

Scientists are able to cover a great deal of land in a short amount of time using this method.

Because side scan is unable to accurately estimate bathymetry (depth), it is frequently combined with other methods that can, like as single beam and multibeam sonar, in order to generate a more detailed image of the bottom. 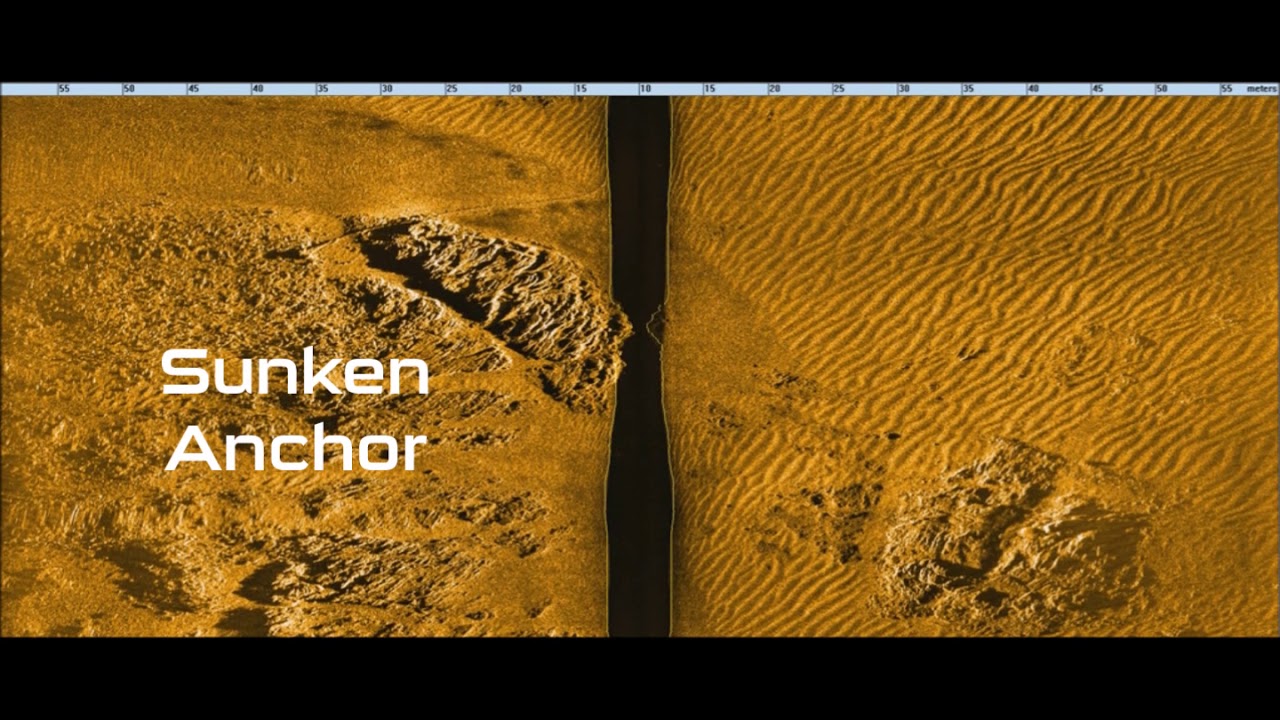 When it comes to mapping the ocean below, side-scan sonar is likely one of the most helpful technologies ever devised.

The sharpness of the image is amazing, particularly when compared to more recent camera systems.

The following section will examine its application in the systems used to classify seafloor.

A powered winch and an appropriate system for running out the cable, which is typically an A-frame, are necessities for side-scan sonar's towfish.

The deeper systems that operate at a depth of, for example, 1000 meters require a cable that is approximately 5,000 meters long and, as a result, a huge winch.

The shallower, smaller systems, on the other hand, may be deployed from most vessels.

The so-called "deep-tow" systems consist of very huge and heavy towfish that are either 4 or 5 meters in length.

Because they require a huge powered winch in addition to specialized launch and recovery systems, they can only be used on survey vessels that are specifically designed for the purpose.

However, as operating depth grows, so does the amount of drag and strain that is placed on cables.

The normal tow speed for a side-scan survey is approximately 4 knots.

Best kept secret in Side Scan! What the Pros don’t want you to know!

The tow speed will be reduced to 1 or 2 knots when a deep-tow system is operating at a depth of 2000 meters, which will significantly increase the amount of time (and money) required for a survey.

In a similar manner, the amount of time required to turn a line rises with the length of the cable, such that doing it with a deep tow can take several hours.

When planning and estimating the cost of an activity, these considerations need to be given careful attention. 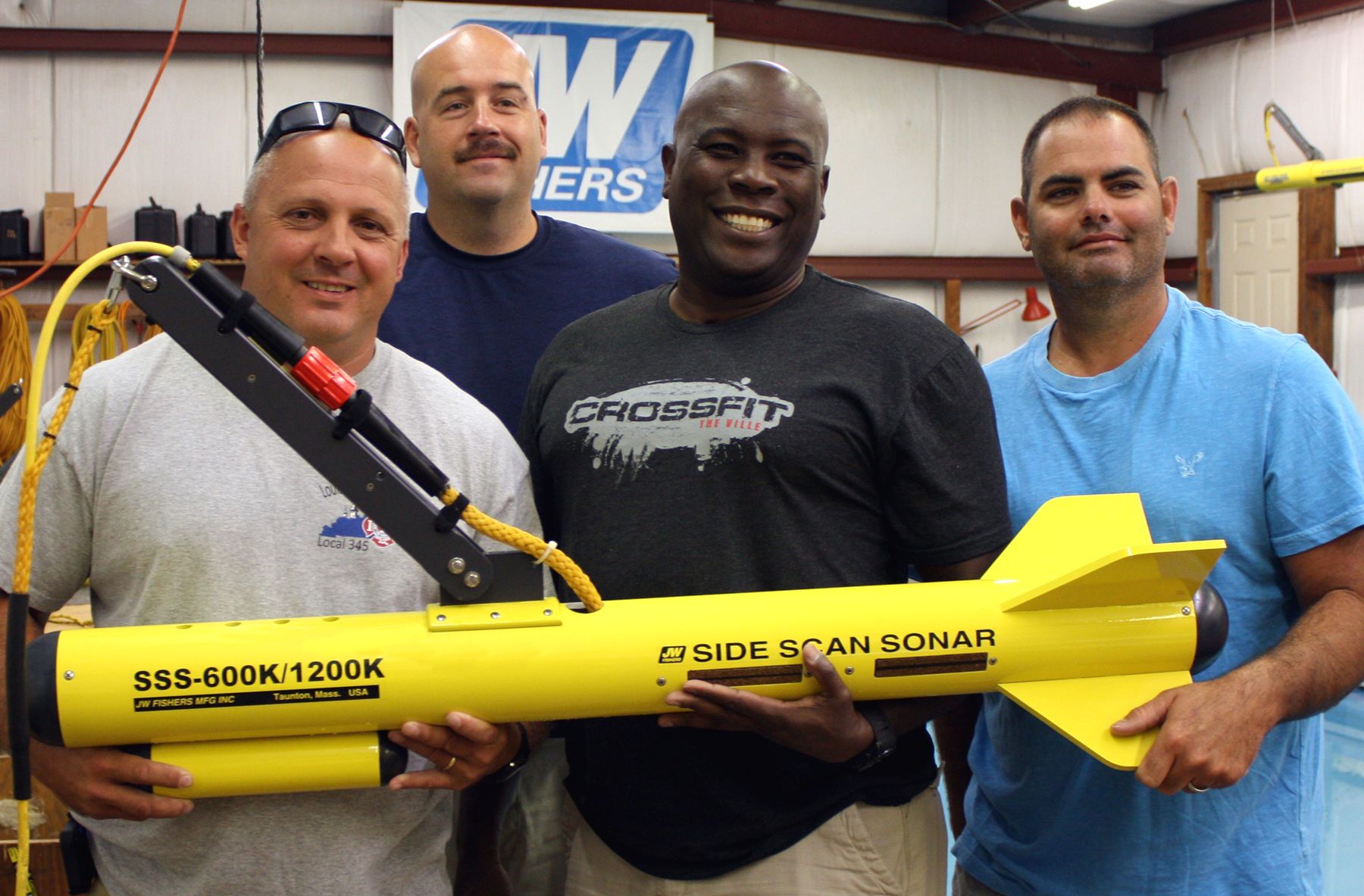 Sonar with a high frequency, such as 500 kHz, produces images with a high resolution but has a range of only 100 meters at most.

Lower frequency systems, such as 60 kHz, have longer ranges (up to 500 meters), but their resolution is not as sharp.

Tow-fish equipped with side-scan sonar can be towed to either a deep or shallow depth, depending on the requirements.

Because acoustic tracking systems are typically limited to a range of approximately three to four kilometers, tracking a towed side-scan fish in deeper water can be difficult.

In water that is 1500 meters deep, at least five kilometers of cable are required to position the fish at the required depth.

A Reddit user explained the picture (that was on Reddit), "They were probably scanning the bottom of the lake/river from an oblique angle as opposed to being directly over the body. (The shadow is a result of no underwater radar bouncing back to the detector.)"

A Reddit user Redditmayme explained the photo, "It is. It’s an underwater radar image of the body resting on the sea/lake/river floor as taken from a boat to one side of the body. (These scanners simultaneously can scan a wide swath of the floor both directly above and to the side of the boat while moving.)"

Another user GrayCustomKnives explained the shadow, "It’s an “acoustic shadow” and is seen on all side scans sonar images. The sonar can’t penetrate the object so it can’t display what is immediately behind the object. It’s a lot to explain but if you google some pictures of something like “mega side imaging” you will see it on most displays. The shadow can also be affected by the speed that the bot is going and the depth of the object, as well as whether or not it’s suspended off the bottom."

How Many Transducers Are In Side-Scan Sonar?

Sonar systems that use a side-scanning technique are built with two transducers, one for each side. In order to reach closer to the bottom object of interest, the transducers are either housed in one hull-mounted package or within a tow fish that is pushed by a tow cord.

What Is A Disadvantage To The Side-Scan Sonar?

How Does Side-Scan Sonar Differ From Ordinary Sonar?

The only difference between them is that a side-imaging sonar's transducer is built to produce two fan-shaped beams of sound, one on each side of the boat. This is in contrast to the vertical cone-shaped beam that is produced by a conventional sonar, which is shaped like a cone.

Acoustic imaging is the primary method that side-scan sonar detection technology use in order to perform scour analysis on marine structures.

Have you heard about the lion's mane jellyfish?