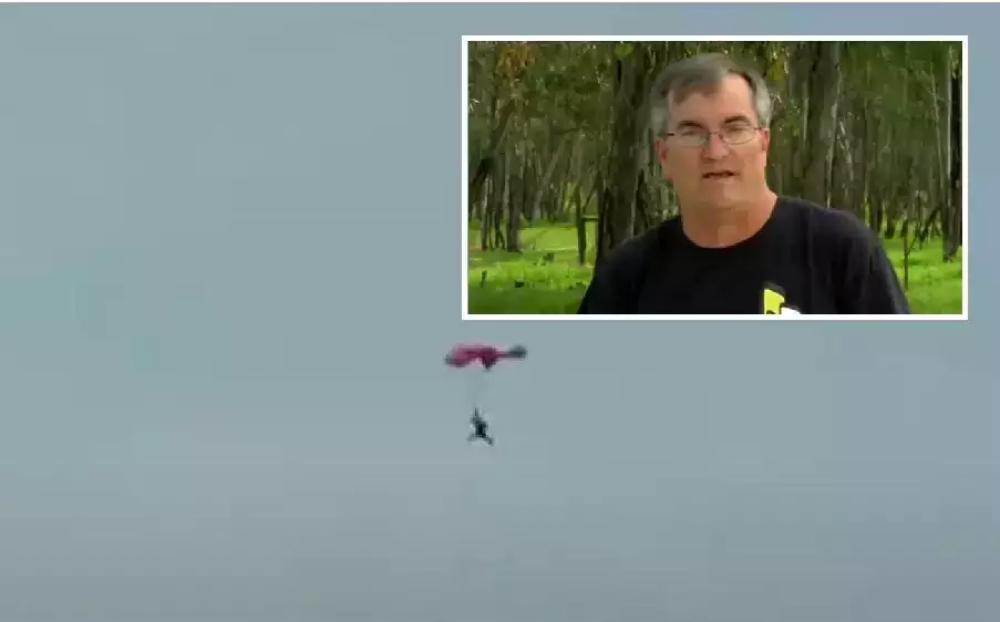 Skydiver survives 8,000-foot fall without parachute. Quite an interesting story. A skydiver once survived an 8,000-foot fall after a complex stunt failed, leaving him with two failed parachutes.

Craig Stapleton, then 51, was a seasoned skydiver in Northern California doing what he loved in 2013. On March 10, 2013, he and his friend Katie Hanson jumped from an 8,000-foot plane in Lodi, California.

The pair were performing a 'down plane flag,' which is a flag-release stunt in which their parachutes land on the ground, followed by a flag landing on a lanyard.

Stapleton described the stunt as a "beautiful display" if everything had gone as planned.

However, things did not go as planned for the skydiving enthusiast, as both of his parachutes failed, sending him plummeting to the ground and praying for his life. But, skydiver survives 8,000-foot fall without parachute.

I thought, 'God hates me - I felt like nothing was going right here. I knew I was going to die. I thought, 'If I live through this, I'll have months of rehab, hospitals … nothing fun again'.

This was not Stapleton's first attempt at the dangerous stunt; he had done it numerous times in his 25 years of skydiving experience.

However, tragedy struck just seconds after the pair exited the plane because both of their speeds were off, which is required to perform the stunt. Stapleton's speed was excessively fast, while Hanson's was excessively slow.

Stapleton told that while going through his gear, his foot flung up in the commotion, sending the lanyard in the wrong direction.

Stapleton realised he was in big trouble at this point:

I was like, 'Man, this is like a bad student jump.' I can't believe this is going on. If you go through gear and get a twist, it's usually not that big a deal. But with the flag and lanyard, I drug the equipment through the riser group, and it made things malfunction. I was pulling on it, yanking it, trying to unthread the knot.

Stapleton then went to Plan B, which was his backup chute, but it got tangled up with his main chute. So Stapleton kept falling, aware that time was running out for him to save himself.

One of his teammates recorded a video of Stapleton falling to the ground. Stapleton, on the other hand, was the luckiest man alive that day, landing in a row of grapes, in freshly ploughed dirt.

Only a few people have been part of miracles in the history of skydiving and freefalling from great heights. We call them miracles because they landed without a parachute. The same happened with a skydiver and skydiver survives 8,000-foot fall without parachute.