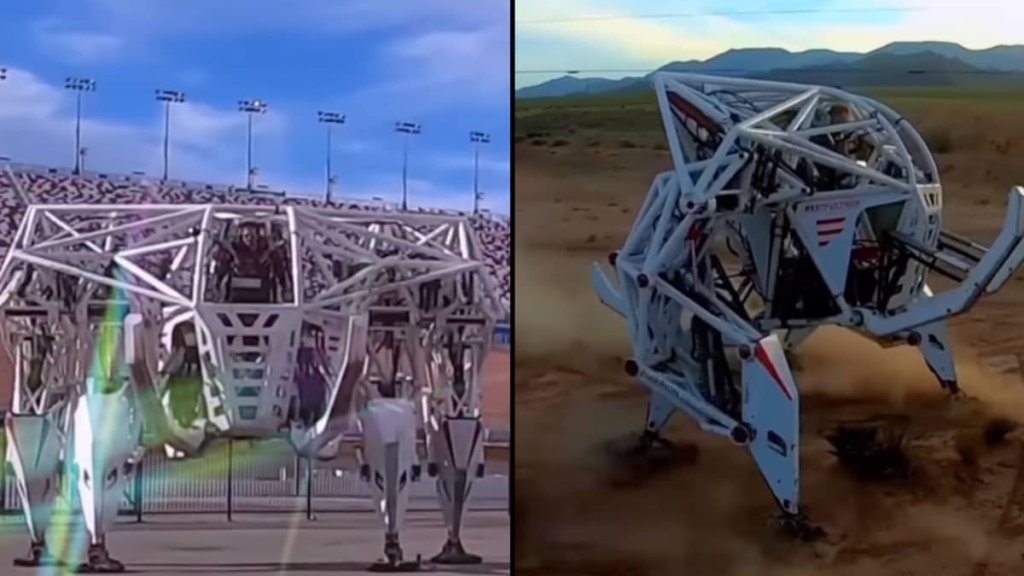 A strip club employs giant robot suit that turns bouncers into 'terminator'. The biggest security guard ever seen has been hired by the greatest strip club in the world, and they are not fooling around.

The robotic suit, which stands 15 feet tall, may resemble something from a science fiction B-movie, but it serves as the Sapphire Gentlemen's Club in Las Vegas's first line of defence. Yes, that strip club employs giant robot suit that turns bouncers into 'terminator.

The annual CES convention, dubbed "the most prominent tech event in the world," took place in town at the same time as the robotic "doorman." I wonder what the opinions of all those tech gurus are on this.

ATTENTION #CES - come by @sapphirelv702 Friday Jan 6th to meet the BIGGEST security guard in Las Vegas….Mech 'The BOT' Johnson. He will be protecting us all from the AI bots taking over the Las Vegas #CES convention so that you may party worry free all weekend long!

The club's managing partner, Peter Feinstein, noted in a statement posted online that it only makes sense for the largest gentlemen's club in the world to have the largest security guard.

The robot, as you might expect, has garnered a lot of interest online. In response to a post about the new "security guard," one user wrote: "What in the terminator is this?"

"Nahhhh that mf look like the robot at the end of Sonic games," another person commented.

"What's next… an adult robot club called the Power Strip?" someone else asked.

You know, it's kind of ironic that you should say that, mate, considering Sapphire Gentlemen's Club has executed such tech-related pranks before.

The club showcased robotic exotic dancers in 2018 during CES.

The robots' bodies were fashioned from mannequins and auto components, and their heads were made from abandoned security cameras, according to British artist Giles Walker.

"I wanted to do something sexy with rubbish," the artist claimed. All right. The scary-looking fembots could also move like people while spinning around on a pole.

When asked about the club's 18th anniversary, Feinstein said:

This is our 18th year for the club, and we felt we needed to come up with something new and unique. It used to be just nerds. But we wanted something more creative that would appeal to both men and women. These robots are interesting because of the technology, and they’re a lot of fun. They really are art pieces, originally.

In public areas, robots can be used in a wide variety of settings. However, in Canada, bouncers are being transformed into "Terminators" by a 15-foot-tall robotic outfit. Yes, you got it right. strip club employs giant robot suit that turns bouncers into 'terminator

The Sapphire Gentlemen's Club in Las Vegas's first line of defence, according to sources, is the suit. Last weekend, it was flown to Las Vegas from the US for the annual CES convention, which is regarded as "the most important tech event in the world."