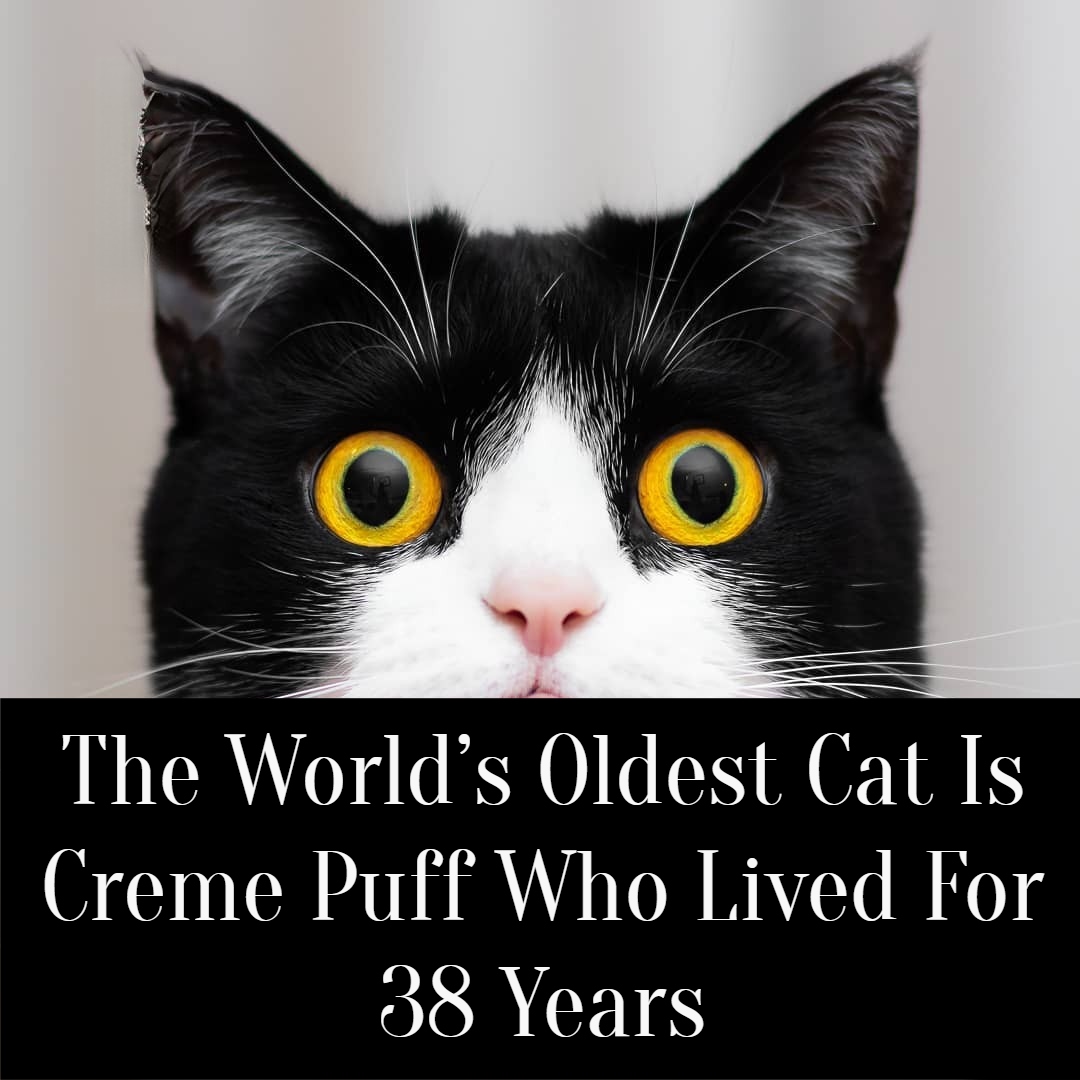 Creme Puff was a fluffy female cat who lived to the age of 38 and held the record for the world's oldest cat.

The Guinness Book of World Records has verified everything too.

You're focused and working diligently on your laptop while wearing headphones.

Something jumps onto your desk, and you feel it.

Before you know it, a cat's cheek is resting on the laptop corner.

It settles down in the center of your keyboard and whimpers for your attention. 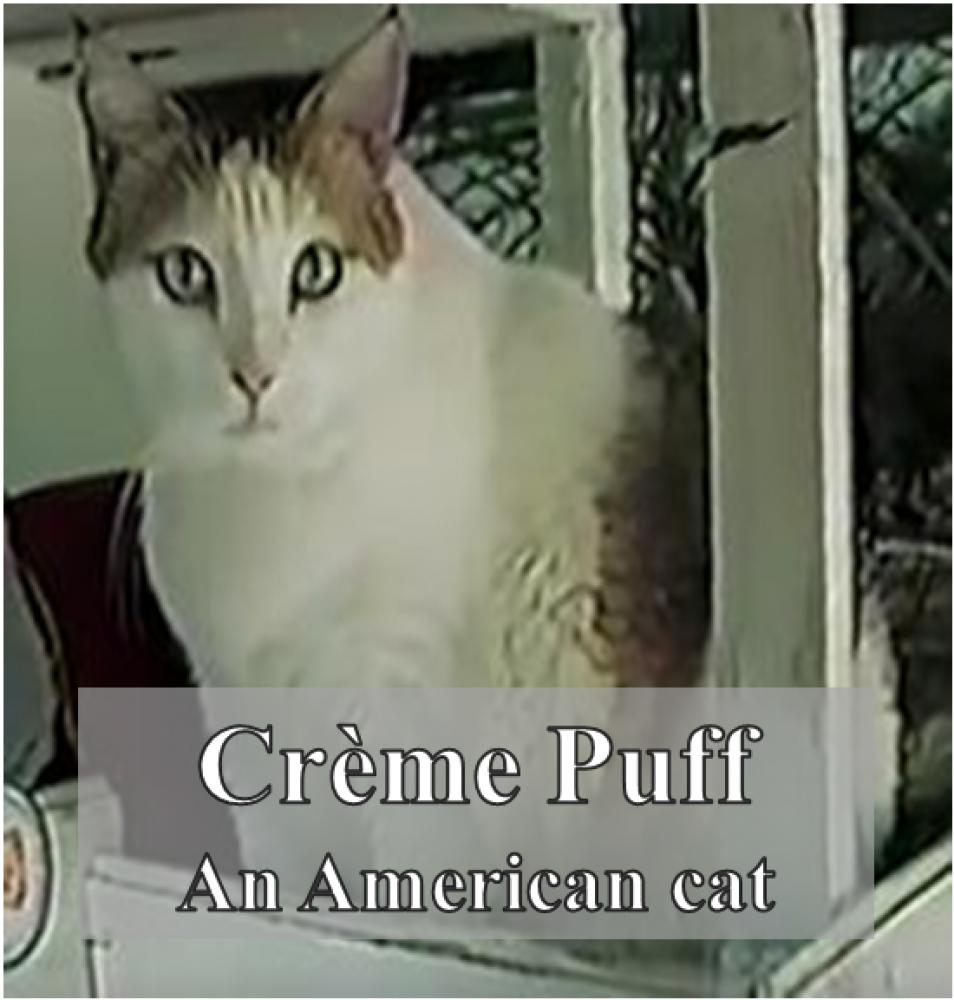 However, it doesn't matter because your kitten is adorable and deserving of care.

You still adore your kitties, even when they meow or purr in the wee hours.

Cats can be sociable, fiery, affectionate, or vicious. They are fantastic friends and companions.

People go to great lengths to decorate their homes with intricate shelves and hammocks.

You make every effort to ensure that they are content and at ease.

This is the same thing Jake Perry did.

He twice raised the two world's oldest cats with great love and affection.

According to the Guinness Book of World Records, the oldest cat ever was a Texan named Creme Puff, who lived for 38 years and 3 days until passing away in 2005 due to old age.

Grandpa Rex Allen, the former world record holder who passed away at the age of 34, was also cared for by her caretaker, Jake Perry.

When she passed away at the age of 38 years, 3 days, she was the oldest cat ever recorded, according to the 2010 edition of Guinness World Records.

Perry said that the wine "circulated the arteries" and that her long life was due in large part to the way she ate.

But don't start following that diet for your cats.

It is not advised to feed cats a lot of human food because it is believed that caffeine is hazardous to cats.

Perhaps sterilizing the cats was the key to their lifespan.

The cats would be less likely to escape, be hit by a car, or contract diseases if they didn't have the urge to mate. 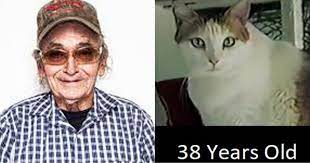 Perry also owned a cat named Granpa Rex Allen, who he claimed was born in Paris, Texas, in 1964 and passed away in 1998 at the age of 34 years and two months.

This hybrid of a Devon Rex and a sphynx survived to the ripe old age of 34.

Granpa was named the 1999 Cat of the Year by Cats & Kittens magazine after he died.

In an earlier edition of the Guinness Book of World Records, he was also named the oldest cat in history.

He had other cats besides these two, though.

Perry has taken in and rehomed hundreds of cats since the 1980s.

According to him, about one-third of his cats lived to be 30 years old.

This is equivalent to two cat lives on average.

He went above and beyond to feed his cats like royalty, giving them an unusual diet that they loved.

Every cat he raised, according to him, had a tight bond with him, and he even remembered their birthdays.

In order to keep Creme Puff entertained inside the house, Perry converted his garage into a theater where his cats could watch nature documentaries.

At Perry's house, the cats could climb up wooden steps built into the walls, and Perry had built a screened enclosure for his animals, including Creme Puff, in the back yard.

Symptoms Of A Long Life For Your Cat

Veterinarians say that if a cat lives to be 21 years old, it is the same as if a person lives to be 100 years old.

What are the telltale signals that your cat has what it takes to live to 100?

Even in their advanced years, long-lived cats still enjoy leaping, playing, and chasing after laser dots.

Make sure your cat has enough stimulation with toys, technology, and games. 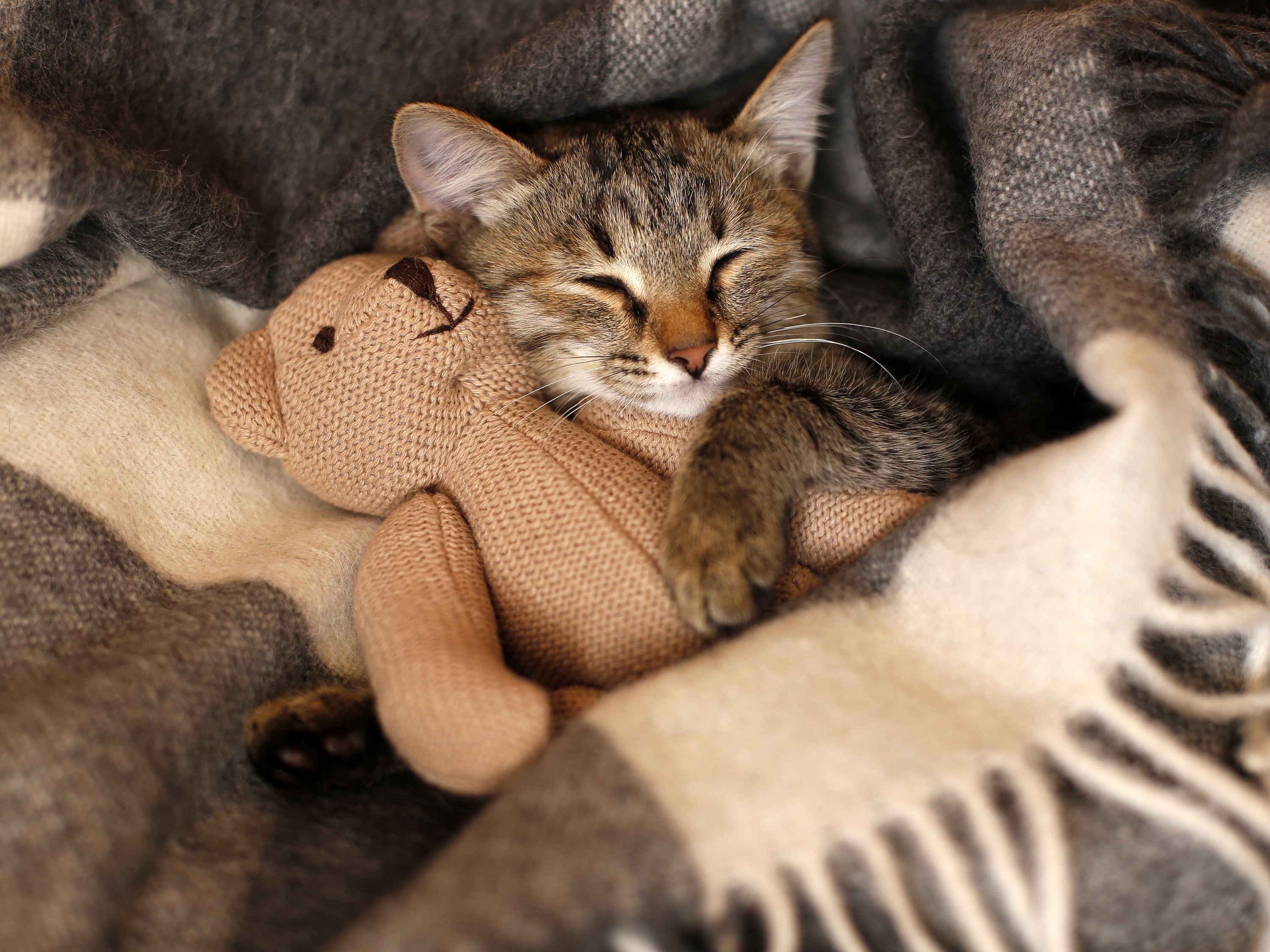 Cats that live to be 20 years old often keep their ideal weight.

Once your cat reaches middle age, her metabolism starts to slow down.

A healthy appearance is indicated by thick fur, clear eyes, and normal-looking nails.

If you notice changes in your cat's look, consider seeing the vet to rule out any medical issues.

Even though a blind or deaf cat can have a happy life well into their thirties, you should adapt your living arrangements to make it easier for cats with special needs to access food bowls, toys, and flip-up litterboxes.

How To Make Your Cat's Life Long And Fulfilling?

Similar to how they do in humans, genetics affects the lifespan of cats.

The environment, socializing, diet, and exercise could all have a considerably bigger impact.

The Domestic Shorthair, the Siamese, and the Russian Blue are often at the top of lists of the longest-living cat breeds.

With chasing toys and routine playtime, you can keep your cat active.

A senior cat sleeps more than he used to, but exercise is still vital.

As the oldest cat in history, Creme Puff frequently ate bacon and eggs, asparagus, broccoli, and coffee with heavy cream.

However, a long life may not be prescribed by this diet!

For advice on the ideal diet for your cat, consult your veterinarian or a feline nutritionist.

A cat will be more involved in life and is likely to live for a few more years if their environment is enhanced with climbing areas, hiding spots, a scratching post, and toys to hunt.

Cat owners who experience abnormally long cat lives frequently describe a very tight bond with their cats or between their cat and another house pet.

More than ever before, cats are living longer and taking advantage of their senior years.

There is no reason your cat shouldn't anticipate enjoying a long and contented life with you as well, provided that they have a healthy food, lots to do, and lots of affection.

What Kind Of Cat Was Creme Puff?

What Is The Oldest Cat Alive Today?

Many claim that a Siamese cat in Chanthaburi who is 34 years old is the oldest cat alive right now.

What Did Creme Puff The Cat Eat?

Creme Puff, the world's oldest cat, ate bacon and eggs, asparagus, broccoli, and coffee with heavy cream on a regular basis. However, this diet may not be suitable for a long life!

Jake Perry cared for and loved his many cats very much, which helped them live long and happy lives.

That is why he was able to own the world's oldest cat, Creme Puff.

The wall of the Perry home was covered in tracks that served as a cat freeway.

He gave cats considerable attention because they were important to him.

The mixed-tabby Creme Puff had a rich, contented life as a result.