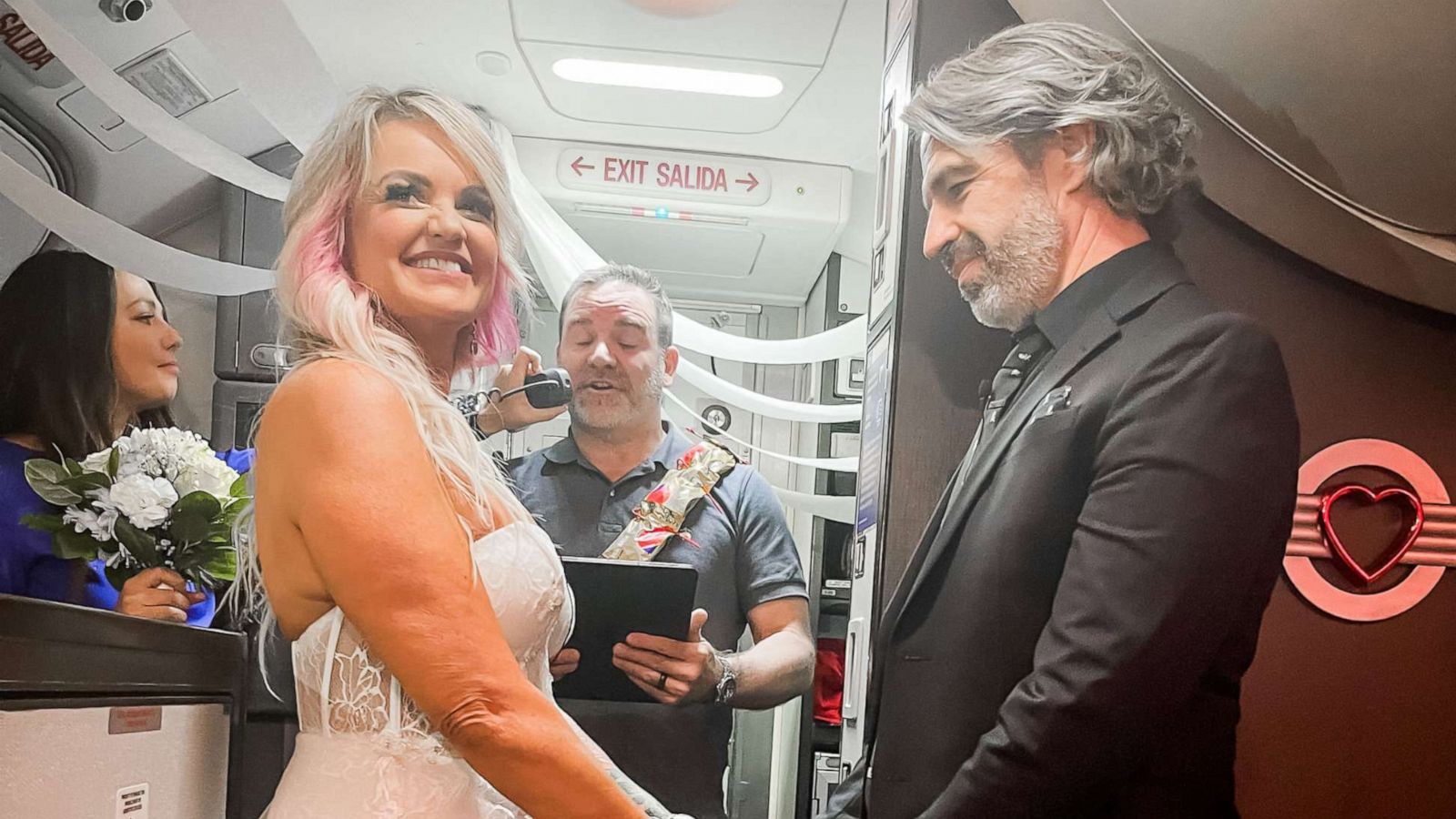 A couple gets married on a plane - Many marriage ceremonies took place in the church, municipal halls, and beachside. But who says that a wedding can't take place aboard a plane as well? The couples featured in this article will prove that. As seen in the video below, while onboard a Southwest Airlines airplane departing from Dallas Love Field, a couple exchanged vows and said "I do." They show that love is literally in the air by flying 37,000 feet above the ground.

Couple Gets Married On Southwest Flight

Couple gets married on Southwest flight

Wedding plans had been finalized for Pam Patterson (Saldas now) and Jeremy Saldas to exchange vows on April 24 in a chapel in Las Vegas, but their connecting flight on American Airlines out of Dallas was canceled after many delays due to weather on the way there. Because of their genuine love for each other, unexpected flight cancellations don't let them disrupt the big and special day. A Southwest Airlines flight's passengers and staff joined in the celebration while in the air.

Organizing Flight Wedding In A Sudden 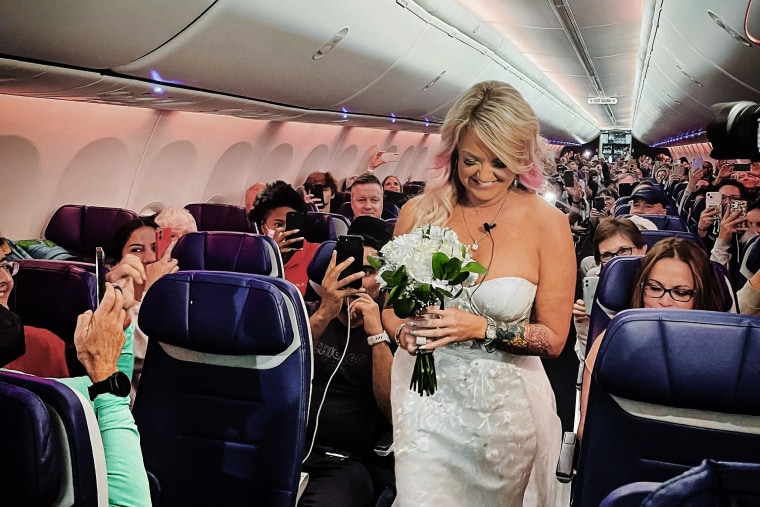 The couple boarded their flight from Oklahoma City to Dallas-Fort Worth International Airport, where they found that their flight to Las Vegas had been canceled. The couple starts to show that they were stressed out.

The flight of a man called Chris Mitcham, who was apparently traveling to Las Vegas, was also canceled for some reason. As an ordained minister himself, Mitcham promised to assist the couple in getting married if they failed to show up for their scheduled ceremony at the chapel.

They could get married in Las Vegas, he claimed. It was then that the three of them rushed to Dallas Love Field Airport to get three tickets on the next Southwest flight that was leaving.

When they got on the plane, the captain asked Pam about her wedding dress. She told him about how their plans kept changing, and they said they should get married on the plane. Flight attendant Julie Reynolds says the airline's operations agent told her, "There's a woman out there in a full-on wedding dress."

A flight attendant was the maid of honor, and a photographer on the plane took pictures of the event. In the aisle, Pam walked, and people were filming her with their phones. A guestbook was passed around to keep track of everyone who came to the wedding.

When Planning A Wedding Proposal On An Airplane 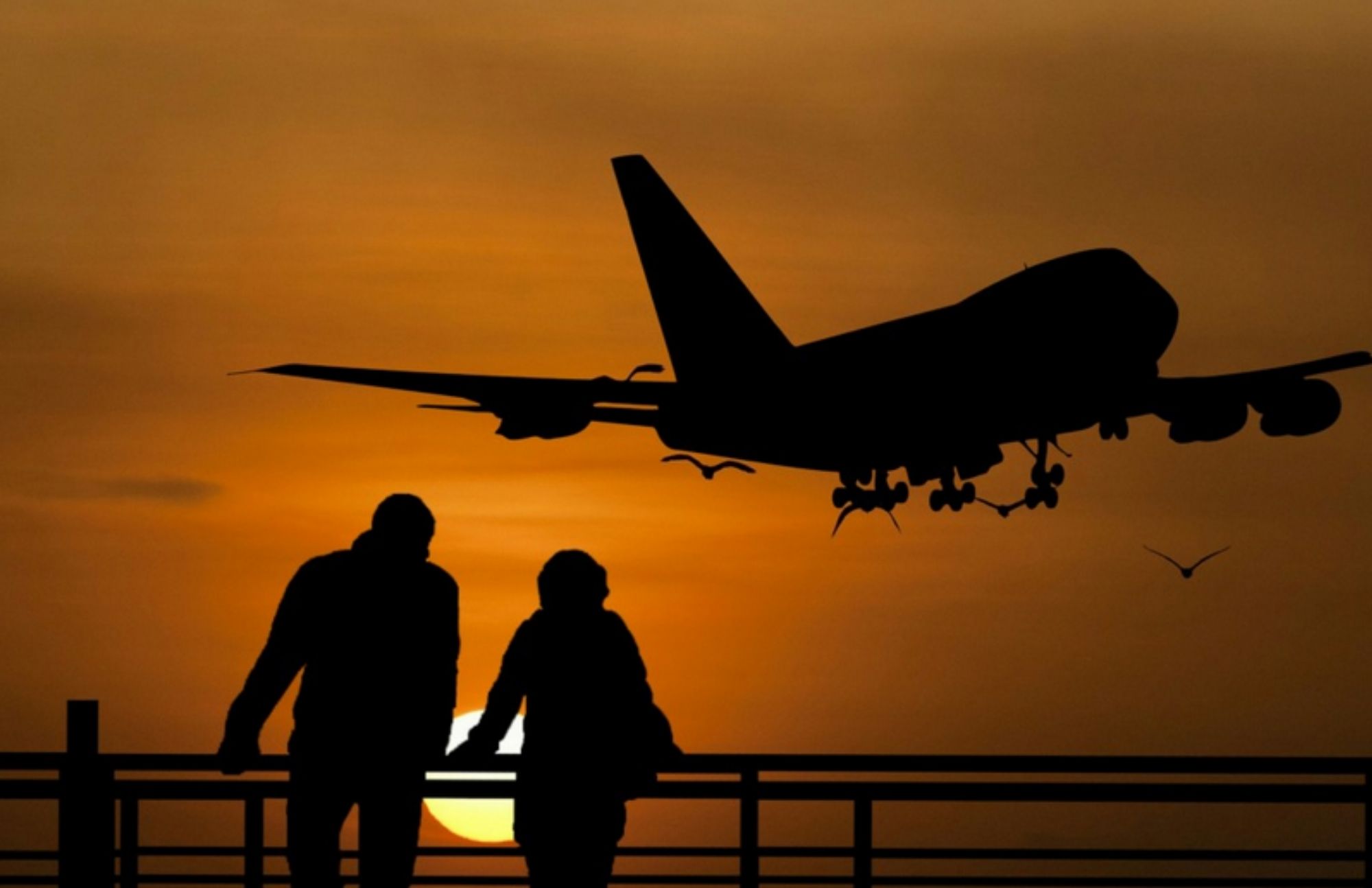 While watching The Wedding Singer, you may have witnessed Adam Sandler sing to Drew Barrymore over the PA system on an airplane. A proposal based on this would be an incredible and unique idea. For those who are willing to consider this idea, here are some suggestions on how to propose it on an airplane.

First-class should be the best place on a plane. Consider upgrading to first class for your airplane proposal if you have the financial resources to do so. If you are doing something that is absolutely out of the ordinary for your lifestyle, be sure you have a convincing justification for doing so. Perhaps it was a complimentary upgrade provided by the airline.

Seek assistance from the stewardesses. Plane proposals are just like other marriage proposals that have to be thought out. It would probably take more planning than other types because you have to figure out how much space you have on the plane and what you can't. It's for this reason that you need to plan ahead and ask for help from the stewardesses. Find a way to get in touch with them or the airline before you go and find out what you can do.

Know the perfect timing. When it comes to this type of wedding proposal, timing plays a huge role. You don't want to do it right before takeoff or landing, or while there is any turbulence in the air. You should be aware of how long your flight will be and when there will be a section going smoothly. It's best to perform it right before the middle or directly after the middle of the course.

There are many beautiful and painful surprises in marriage. It can be likened to a journey or an odyssey. What do you think can help make marriage more successful and joyful? A "marital road map" can help many couples figure out where they're going and how to get there. Jehovah God is the source of the most reliable and authoritative "map" for marriage, and he is the one who made marriage possible (2 Timothy 3:16.)

Consider marriage to be sacred. Genesis 2:21-24 shows when the Creator introduced the first man, Adam, to his wife, Eve, he established the marriage arrangement. As what is written in God's word no one should separate what God has yoked together.

Speak with respect and consideration. Proverbs 12:18 says: "Thoughtless speech is like the stabs of a sword, But the tongue of the wise is a healing." According to studies, most conversations end in the same way they began. As a result, when a conversation begins respectfully, it is more likely to end respectfully. On the other hand, you understand how devastating it can be when a loved one speaks carelessly to you.

Kindness and compassion should be cultivated. "Become kind to one another, tenderly compassionate." (Ephesians 4:32) It's easy for anger to breed rage when there are strong conflicts. However, by striving to be kind and empathetic, you can go a long way toward ensuring a happy marriage.

Humility matters. Many disagreements emerge as a result of marriage partners blaming their partners for issues rather than humbly seeking methods to improve things for one other. In a quarrel, humility, or lowliness of mind, might help you resist the temptation to insist on being right (Philippians 2:3).

Always express appreciation for one another. "Show yourselves thankful." (Colossians 3:15) Strong marriages are made up of husbands and wives who make sure their partner feels loved. Husbands and wives who make sure their spouses feel appreciated are hallmarks of strong marriages. Reassurance and gestures of appreciation from a husband are especially important for wives. Making a point to express appreciation for your wife's positive behaviors and attributes can go a long way toward improving the health of your marriage and your own well-being.

What Is Southwest Airlines Doing For Covid

Every surface of the aircraft is treated with an electrostatic disinfectant and an anti-microbial spray, which kills viruses on contact and forms an anti-microbial coating or shield that lasts for 30 days. During the night, they thoroughly clean each plane from nose to tail, which takes more than 6 hours.

After getting documentation of a negative COVID-19 test taken no more than one day before your departure, each Passenger must submit a form (if you are traveling with others, they will also be required to fill out the form).

Are Masks Required On Southwest

Masks are no longer necessary. A statement from Southwest Airlines stated that "Effective immediately, Southwest Employees and Customers will be allowed to select whether or not they would prefer to wear a mask on flights, at domestic airports, and at some overseas locations."

What Are The Cheapest Days To Fly Southwest

Tuesday, Wednesday, and Saturday are the cheapest days to fly on Southwest airlines, according to recent travel trends and previously booked flights on the company's website. These days, it is very easy to find low-cost airline tickets.

Thank you for reading this article. As you learn from this article, while flying above Arizona, a couple gets married on a plane at an altitude of 37,000 feet. When their American Airlines connection from Dallas to Las Vegas was canceled, Jeremy Salda and Pam Patterson (now Salda) planned to exchange wedding vows in a chapel in Las Vegas on April 24. And it all worked out in the end.