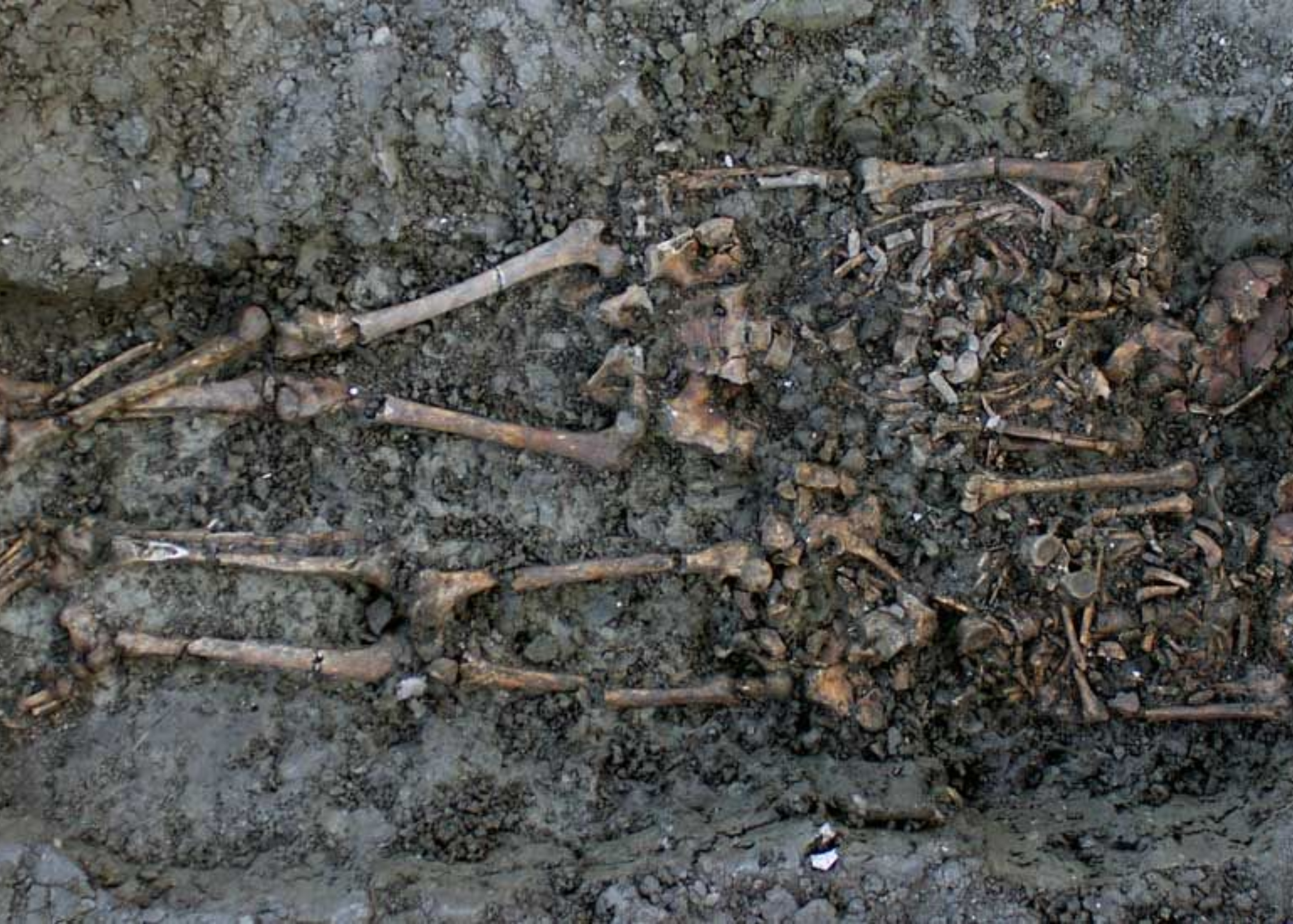 Recently, the analysis of Roman DNA in human bones uncovered a "family tragedy." During the course of an ancient genome project, DNA was sequenced from the remains discovered in a grave in Cheddington, Buckinghamshire. According to experts, a mother, her unborn child, and her mother-in-law all fell ill and passed away at the same time.

Sharon Clough is an expert on human bones, and she is one of the researchers and experts who helped with the excavation. She said

Obviously a tragedy had happened to that family and that community - and the community wanted to continue the relationship the women had in life in death.

She described the family relationship from the bones as a "an entirely unexpected discovery." In 2018, archaeologists discovered a "unusual" grave because most graves from the late Roman and early Saxon periods only hold one body. The graves were buried between the years AD255 and AD433, as proven by radiocarbon dating.

Cotswold Archaeology personnel Ms. Clough said bone analysis showed the skeletons' ages at death ranged from about 25 to 45 years. The baby was born between 32 and 36 weeks early, but it wasn't clear if he was still in the womb when he was buried or if he had already been born and died.

Even though she thought that the two women were related, she didn't know for sure until the bones were sent away to be looked at. Ms. Clough said:

"The Francis Crick Institute's Thousand Ancient Genomes of Great Britain research project has been a game-changer in recent years, answering questions that archaeologists have asked in the past, but not been able to answer."

The Francis Crick Institute's Thousand Ancient Genomes of Great Britain uses the most up-to-date ways to sequence and study DNA from old samples. Most of this work will be done in a special building at the Crick for studying ancient DNA. In fact, this agency is working with experts in many different fields, such as archaeology, history, and epidemiology.

DNA analysis of mitochondrial material proved beyond a reasonable doubt that the younger woman and the baby were indeed mother and child, while the older woman was "remarkably" discovered to be related to the baby but not the mother. Even though bone analysis can't determine sex, this project informed her that her unborn child was a boy. The bones will be preserved at the Buckinghamshire County Museum in Aylesbury for future research as techniques advance.