Antonio Monteiro Has The World's Largest Collection Of Video Games 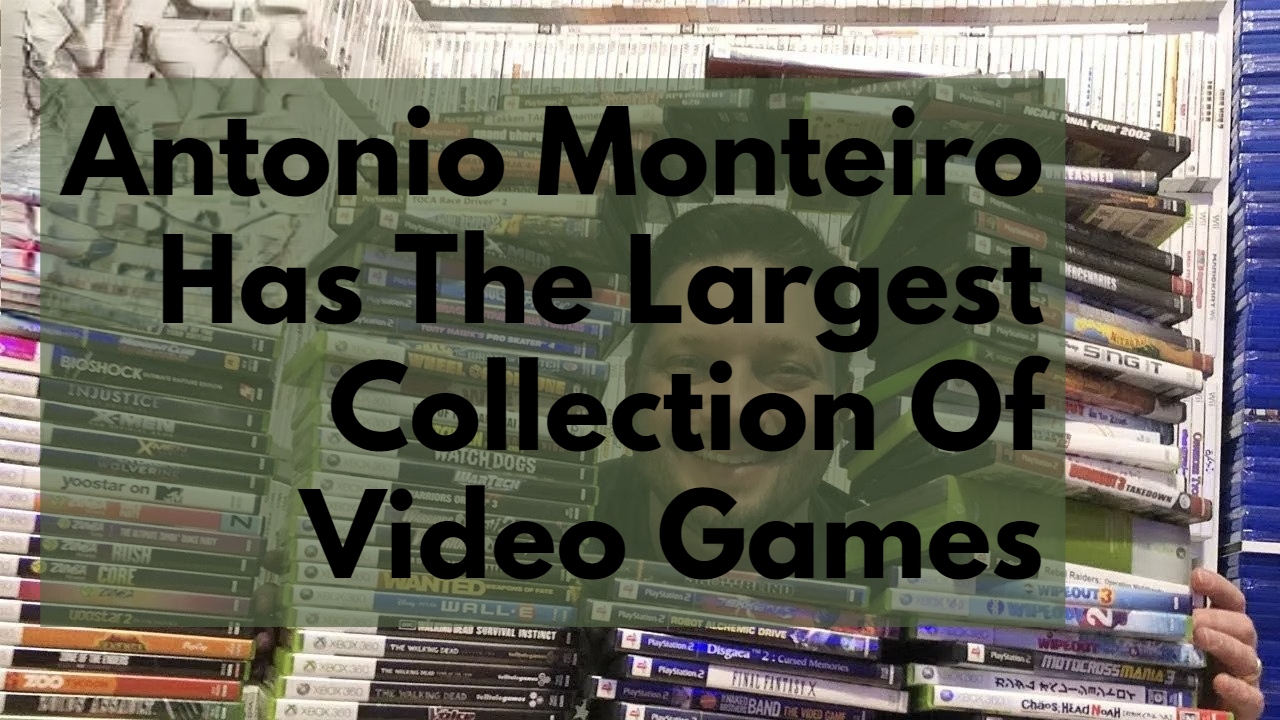 This is due to the fact that Texas man Antonio Romero Monteiro owns more than 20,000 video games spanning decades of video game platforms, which allows him to hold the Guinness World Record for having the greatest collection of video games in the world. 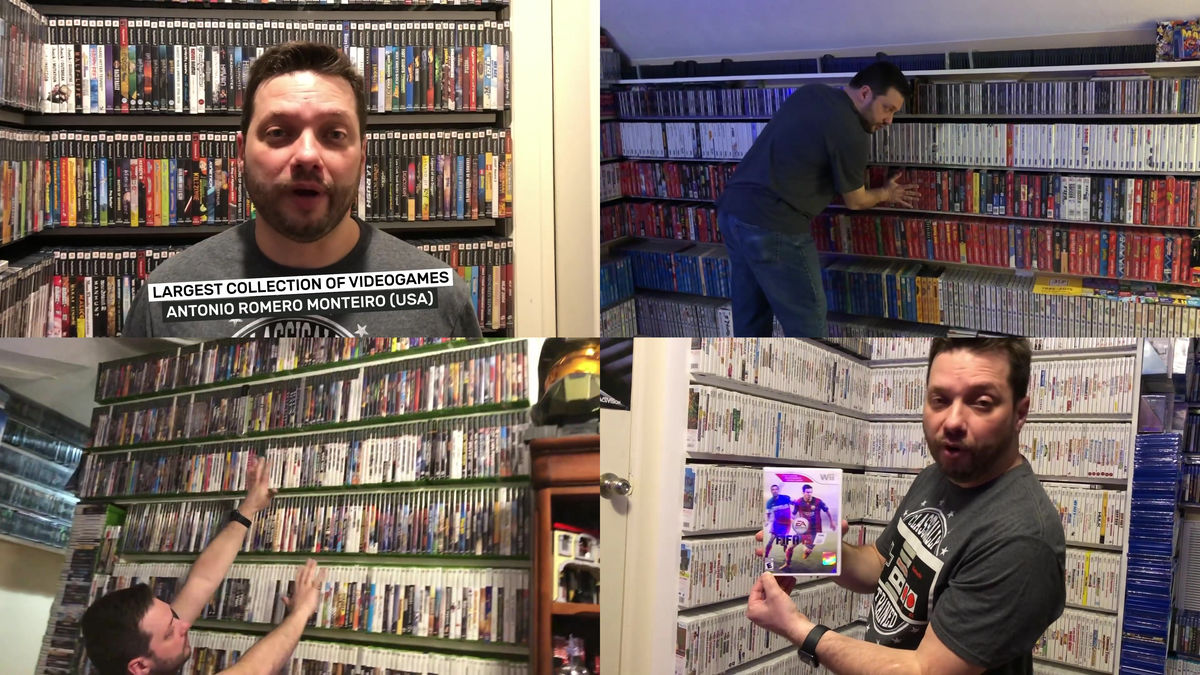 It took Antonio Monteiro eight days to count his collection, which has now set a new record for having the "world's largest collection of video games." In an interview with Monteiro, he shared that he is more than happy to share this moment with the world.

I'm really excited to be finally sharing this with the world.

Antonio Monteiro owns a staggering 20,139 video games (and more than 100 consoles are required to play them all).

His collection includes a wide variety of video game consoles, the majority of which are out of production at this point.

It takes up many rooms in his house, which is located near Houston.

When Monteiro was a child, his parents gave him a copy of Golden Axe for the Sega Genesis.

The game that he considers to be his all-time favorite is the vampire-slaying version of Castlevania IV for the Super Nintendo Entertainment System.

This is far by most beloved game, I think it's a masterpiece.

When Antonio was 12 years old, he first began collecting games.

Back then access to games was very limited, and so was my games library, I NEVER imagined I would ever end up with a collection this size.

To give you an idea of the scope of his collection at the moment, it consists of the following items: 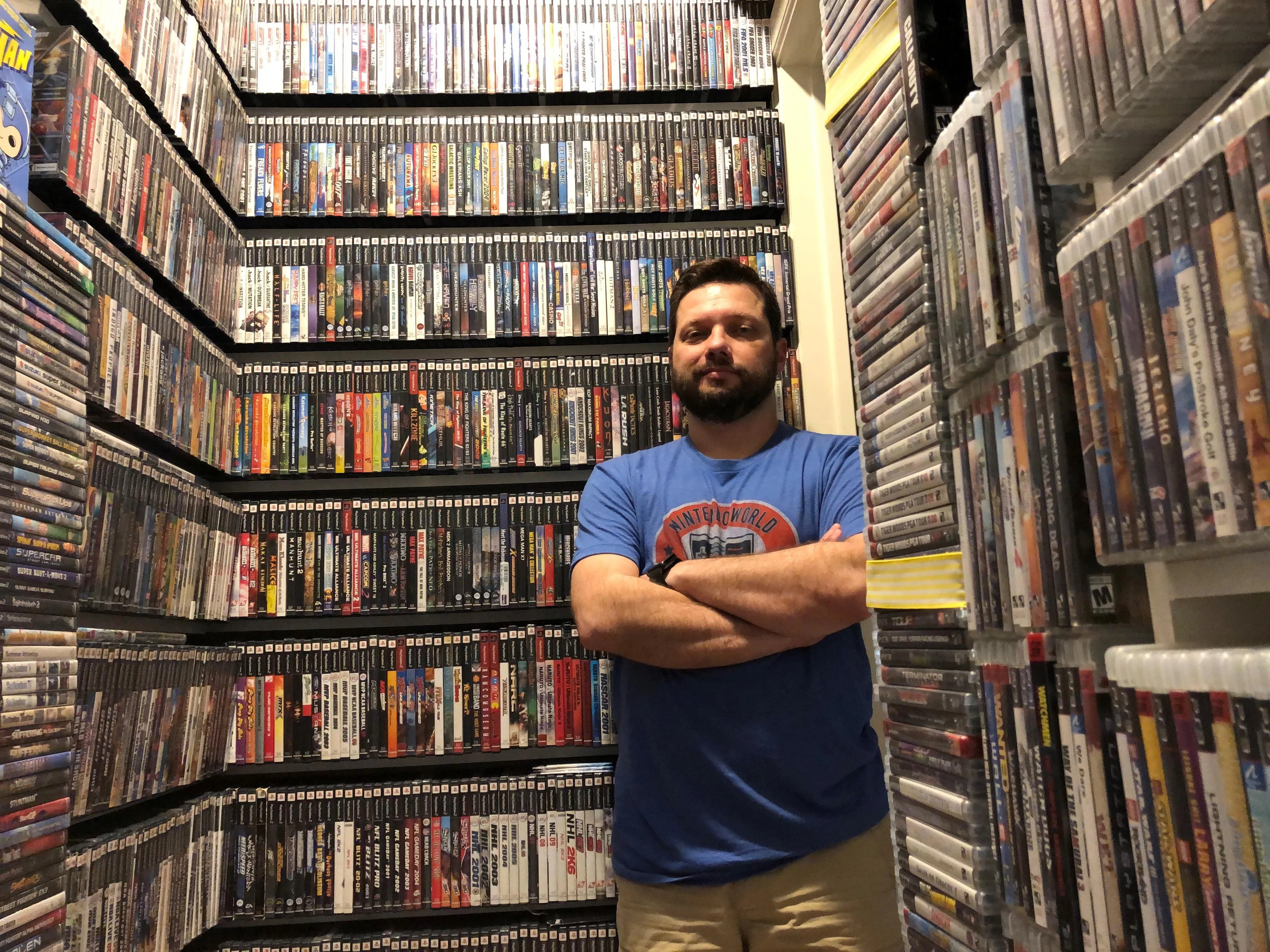 On top of that, he possesses over one hundred gaming consoles, which means that he is able to play each and every game that he owns in his video games collection.

Favorite Game And Some Other Highlights

Antonio Monteiro claims that his favorite game is Castlevania IV, which he calls a "masterpiece."

Out of all 20,139 games, he considers Castlevania IV to be the best.

In addition, he identified the Sega Genesis as the gaming device that got him started in the industry because it "provided a challenging interactive environment with a story backset". 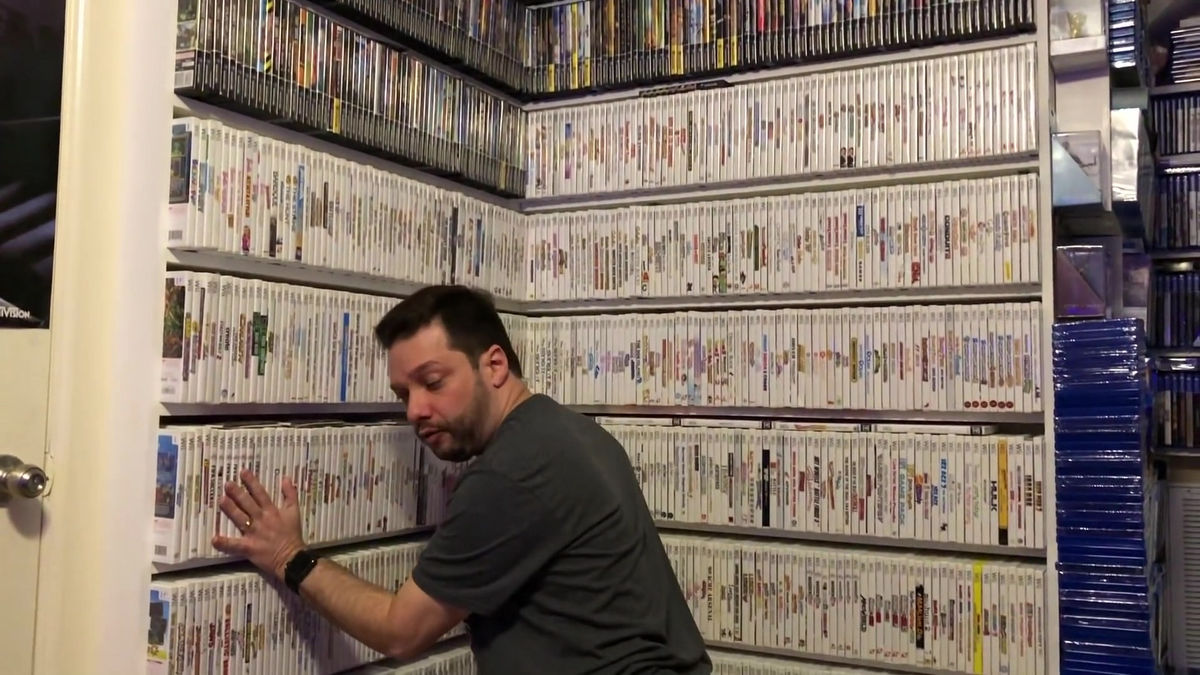 As unforgiving as most of the games in this generation were due to their limited saving/resuming capabilities, beating a game provided this incredible sensation of accomplishment, satisfaction, and happiness. This feeling created a bond with those games, to where I treasured them and wanted to keep them.

As may be anticipated from a collection of this kind, it has a number of unique games that are difficult to track down in any other location.

Some of the rarest items in his collection are things like whole sets of video games for older consoles like the Nintendo 64 DD.

Access to the online service known as "RandnetDD" was gained through the use of this accessory for the Nintendo 64 video game console.

The product was only available in Japan, where it racked up approximately 15,000 sales. There are currently nine games available for the 64DD.

Antonio selected a variety of unique items to decorate his shelves. The first program was referred to as the Max Basic Rifle Marksmanship Program.

It was never made available to the general public and was only distributed by Nintendo to the United States Military for use in target practice.

A series of educational Sega Dreamcast games such as Timeless Math, which, in Antonio's words, meant "you'd be able to go into school and play games," is also in his possession.

Other titles that have proven to be exceedingly tough to find include Daytona USA Netlink Edition for the Sega Saturn, M.A.C.S. for the Super Nintendo, and Barbie Groom and Glam Pups for the Nintendo 3DS; however, he has not yet been successful in locating Myriad 6 in 1 for the NES.

How does he choose which game to play when there are so many to choose from?

I have a sub-list of games of games that I want to play, and focus on playing each to a conclusion prior to moving on to another. Periodically I refresh that list based on new acquisitions or new releases that interest me.

The $1.6 Million Video Game Collection Is The Largest In The World | The Vault | Forbes

A Reddit user explained Antonio Monteiro's profession, "Dude is a VP at a Global Energy Company that directly employs over 50K+ employees and had a global annual revenue of $7.118 BILLION Dollars in 2021. This guy comfortable makes a 7 figure salary."

A Reddit user said, "20,139 games... If he played just one game a day, it would take him more than 55 years to play them all, assuming he doesn't buy another game ever again."

A Reddit user Knuckles316 explained insurance for collectible things, "A collection like that certainly is. Standard insurance only covers around $5k for collectibles. My collection is like a seventh of that and worth over $150,000, so that collection has to be at the seven-figure range. If he didn't get supplemental insurance he's a massive idiot."

Well, let's just hope he has some kind of insurance otherwise, any mishap will make him go insane.

Who Has The World's Largest Video Game Collection?

According to the Guinness World Records organization, Antonio Romero Monteiro possesses the greatest number of video games in the entire world.

How Much Is The Largest Collection Of Video Games Worth?

Who Has The Biggest Nintendo Collection?

Ahmed Bin Fahad became a household name in 2014 as he was awarded the title holder of the largest Nintendo collection in the Guinness Book of World Records.

Antonio Monteiro is the proud owner of a video game library of games for the Japanese-exclusive Nintendo 64DD console, the legendary CJ the Elephant for the Sega Game Gear, as well as a number of instructional games for the Sega Dreamcast.

Have you heard about the news in which a fake Fb girlfriend who hoaxed a guy of Rs 4.5 million proves to be a man?