Artichoke Blooming Is A Whole New Experience For Flower Lovers 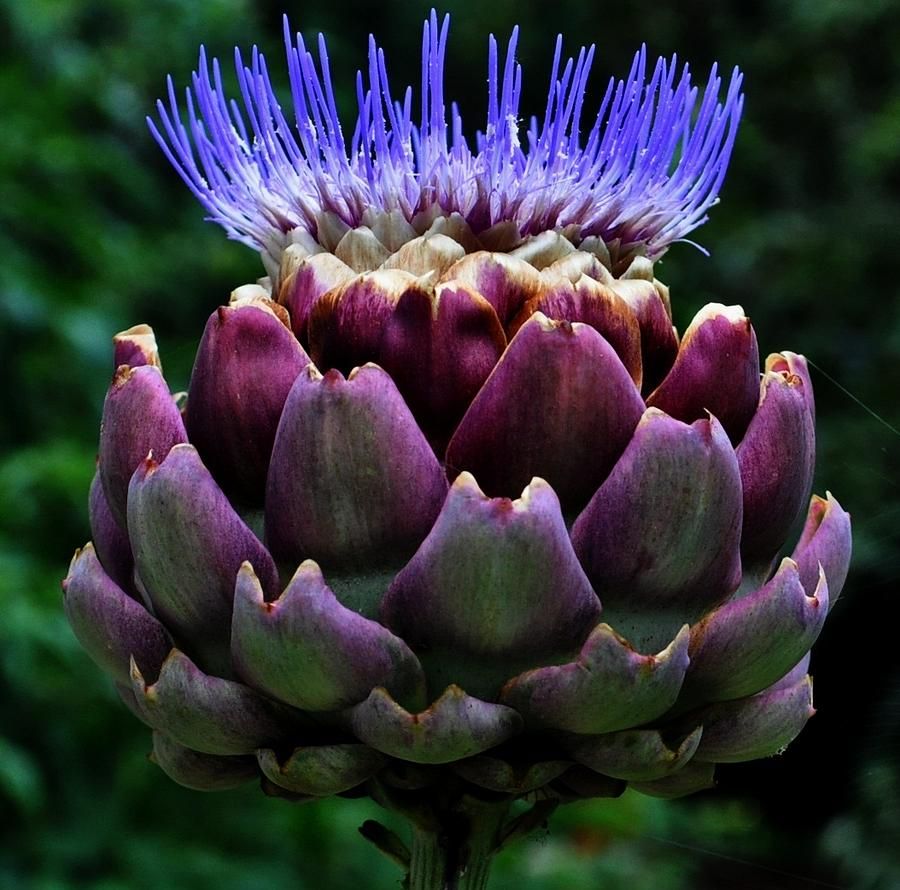 In addition to producing beautiful purple flowers, artichoke blooming plants are also excellent for attracting bees and other beneficial insects to your garden. Even if it is too late to consume the bud of an artichoke plant when it blooms, you can still appreciate the stunning towering flowers.

What Is Artichoke Bloom?

The artichoke blooming flower-head is a cluster of several budding tiny flowers (an inflorescence), which are surrounded by many bracts, and which are attached to an edible base.

The structure of the plant shifts to a gritty, hardly edible state once the buds have bloomed.

What Does The Artichoke Symbolize?

Artichokes are a centuries-old vegetable that is rich in symbolic meaning. Despite their tough exterior, artichokes have a delicate heart at their core that is shielded by thick layers of leaves - wonderful traits that can be interpreted in any number of ways. They are symbols of optimism, peace, and prosperity.

Can You Eat Artichokes When The Flower?

During the summer months, artichoke blooms are normally in full bloom, with the buds appearing in the early spring and blooming throughout the summer. Cutting off the flowers as soon as they begin to wither is a good idea since otherwise, the plant would devote its resources to producing seeds. 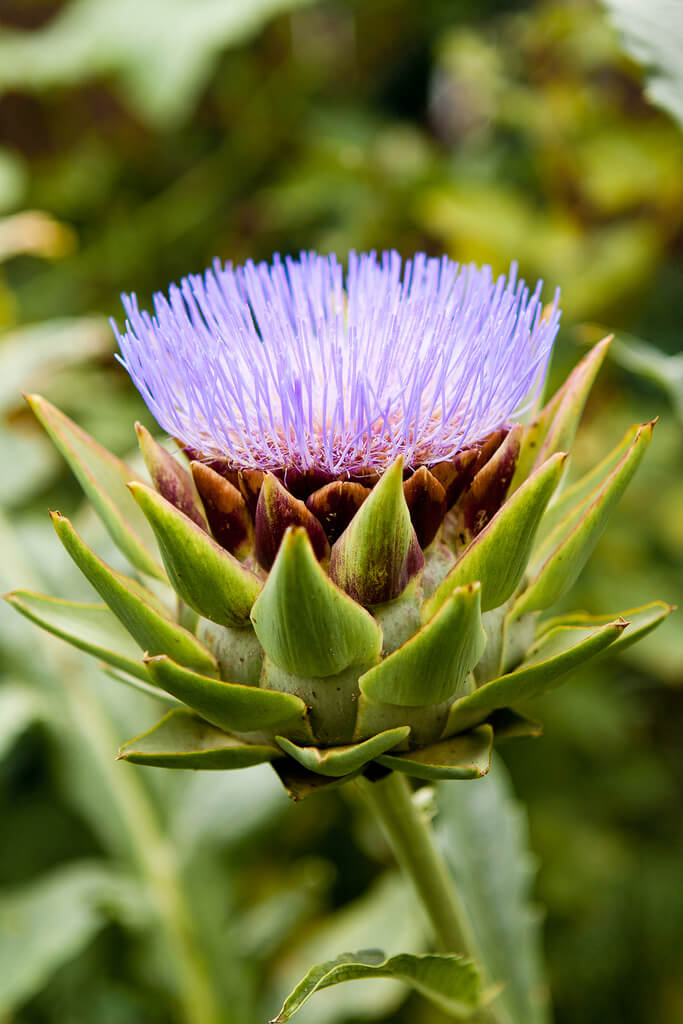 I'll tell you everything you need to know about artichoke blossoms in this article.

Known also as French artichokes, globe artichokes (Cynara scolymus) are tall perennial plants that are native to the Mediterranean region and grow to be several meters tall.

They are classified as herbaceous perennial thistles and are grown as a vegetable crop for the edible flower buds on the plant's stems. The flowers open up into enormous purple flowers if the buds are allowed to remain on the plants, and they are fantastic for attracting bees and other helpful insects to the vegetable garden.

When globe artichokes are plucked, they are shaped like a spherical green vegetable with a stout stem on the outside. The leaves are actually bracts, and they cover the choke, which is the central portion of the flower. Within the choke lies the core, which is referred to as the heart. Artichoke hearts can be prepared in a variety of ways, including steamed, boiled, or roasted. 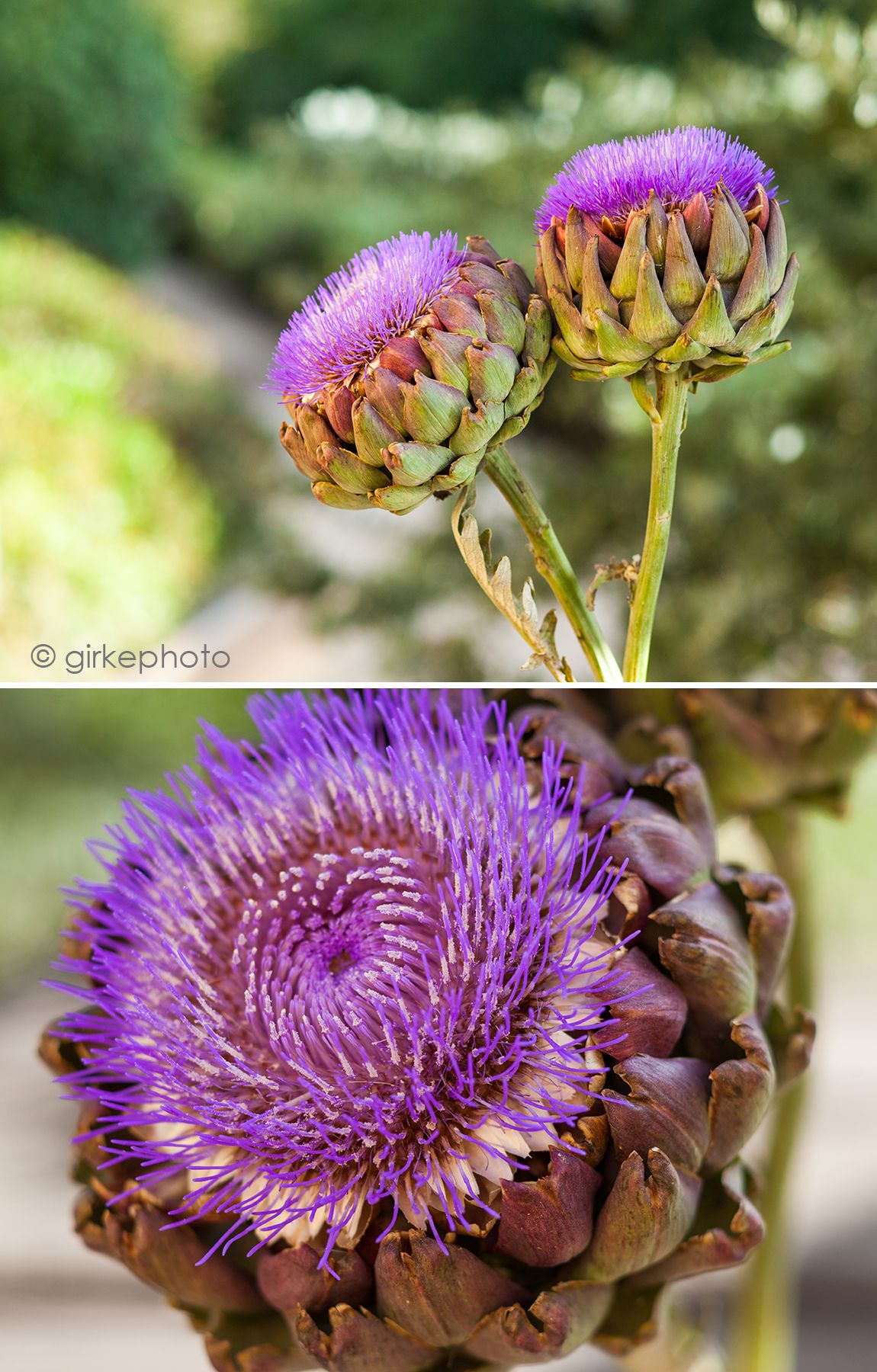 Leaving artichokes to blossom is a good idea. In addition to being gorgeous, artichoke blossoms are high in nectar, which will draw bees and butterflies to your garden in large numbers. The flowers are held aloft by towering flower stalks that can reach up to 6 feet (2 meters) in height, making them stand out in the garden. They can grow up to 6 inches (15 cm) in diameter and have brilliant, lavender-blue cores, giving them the appearance of a thistle.

During their first year of growth, artichoke plants typically produce 4 to 6 flower heads, and 10 to 12 flower heads during their second year of growth. Artichoke flowers can be cut and used fresh or dried to create lovely bouquets and flower arrangements, or they can be left on the plant to create a stunning display in the garden.

Artichoke flowers are also edible and can be eaten. Using pruning shears, snip off the artichoke blooms and hang them upside down in a cool, dry location until they are completely dried. Once the flowers have been dried, you may use them to create a long-lasting dried flower arrangement by layering them together.

But people have teir concerns rather than appreciating this natural wonder at least for flower lovers.

"Does anyone else picture a hissing sound?"

"I spent a few years of my childhood on an artichoke farm, artichokes are surprisingly quite."

Are The Blossoms Of The Artichoke Edible?

Unfortunately, after the artichoke blooms have begun to blossom, they are no longer edible. If you wish to eat the buds, you must pick them when they are still tightly packed in order to do so. If the bud begins to open, it will become too rough and fibrous to eat, so it is preferable to allow it to bloom so that you can appreciate the gorgeous blooms that will bloom. blooms of the artichoke.

When Do Artichoke Plants Bloom And How Long Do They Last?

During the summer months, artichoke blooms are normally in full bloom, with the buds appearing in the early spring and blooming throughout the summer. As soon as the plants have completed blooming, you can cut the entire plant down to its original height. Just make sure to leave any new growth at the base of the plant in its original position.

Lastly, artichokes are one of the most antioxidant-rich foods. The artichoke flower is rich in vitamins and minerals such as vitamin K, folate, phosphorus, and magnesium. They are also a good source of antioxidants. One medium artichoke has about 7 grams of fiber or 23–28 percent of the RDA (RDI). Each medium artichoke has roughly 4 grams of protein, which is above average for a plant-based diet.

Artichokes are high in fiber, which promotes friendly gut flora, reduces the risk of certain bowel malignancies, and relieves constipation and diarrhea. Artichokes contain inulin, a prebiotic fiber. In one study, 12 adults improved their gut microbes by taking an artichoke extract with inulin daily for three weeks. Artichoke extract may also help with indigestion symptoms such as bloating, nausea, and heartburn.

Artichokes are an exception to this rule. When the edible buds are left unpicked, they open to reveal beautiful 6-inch purple blossoms. The thistle-like blooms of artichoke blooming flower open to a maximum size of 6 inches across and contain centers that are nearly iridescent lavender blue. Flowers can be cut and used in bouquets, dried and used in arrangements, or just left on the plant to create a striking show.