CBD Is Not A Narcotic Drug According To The ECJ 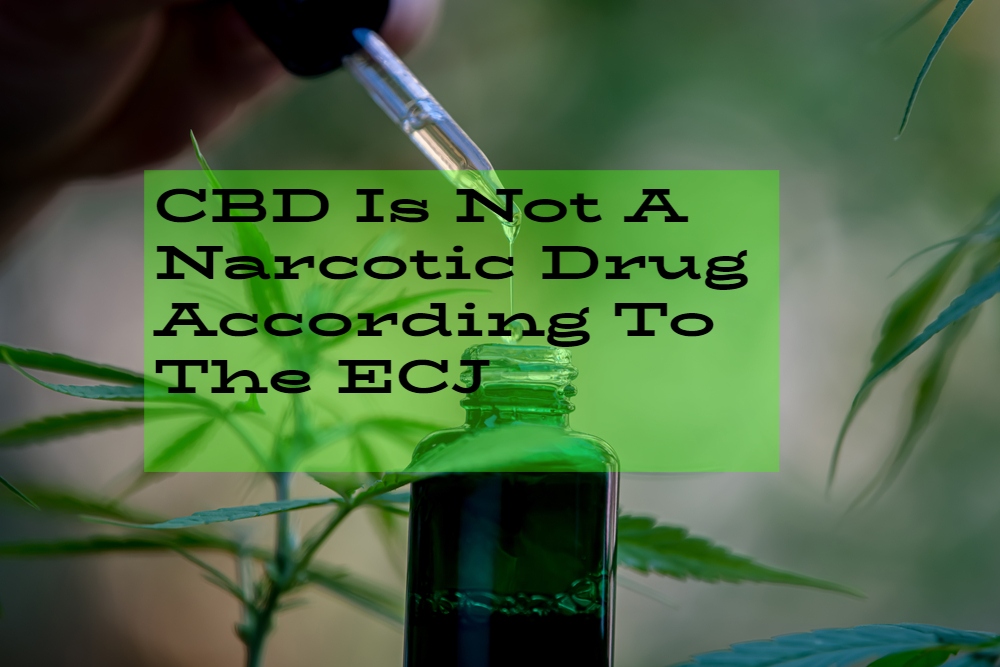 Cannabis plant extracts, CBD is not a narcotic drug according to the ECJ (European Court of Justice) judgment in November of 2020.

This judgment was based on the United Nations Single Convention on Narcotic Drugs of 1961.

The United Nations Convention on Control of Narcotic Drugs and Psychotropic Substances from 1961 serves as the foundation for national drug control legislation that governs cannabis.

It says that the unauthorized selling of "cannabis flowers" and "extracts and tinctures of cannabis" should be subject to criminal penalties, and this was subsequently reflected in the EU Council Framework Decision 2004/757 on drug trafficking sanctions. 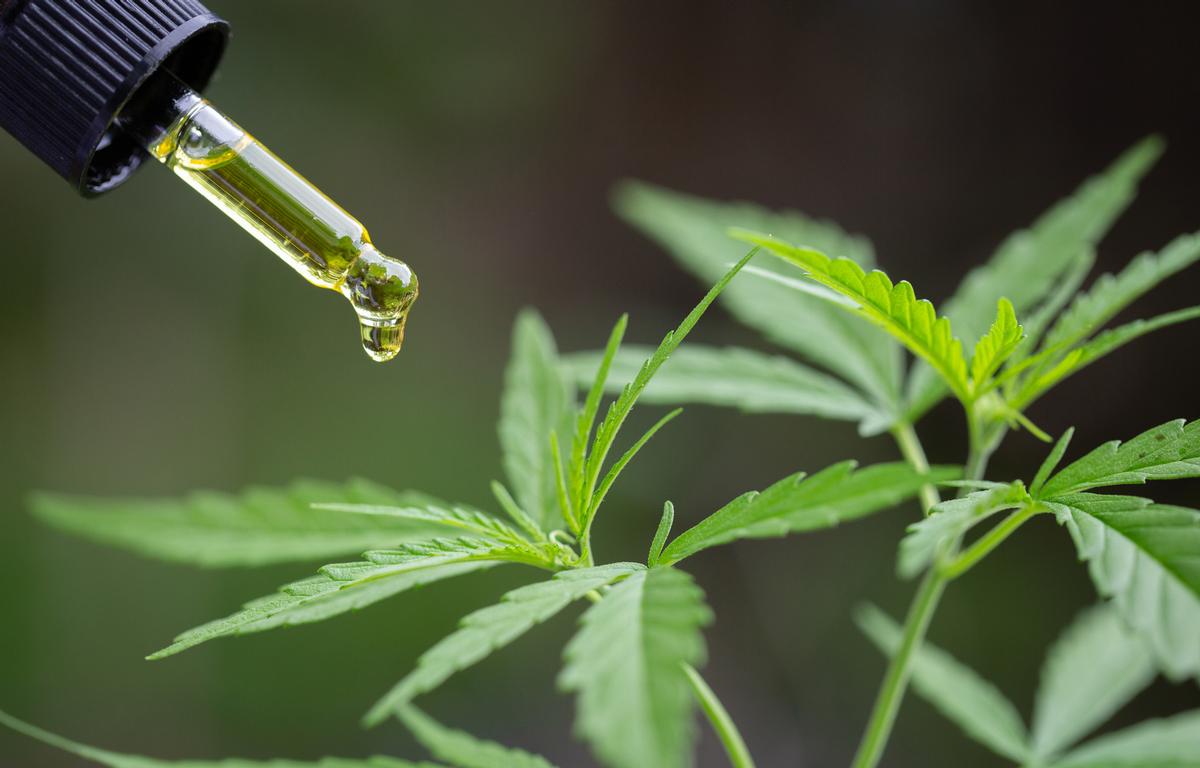 A dropper dropping oil on the cannabis leaves

These flowers and extracts contain a number of distinct cannabinoids, the quantities of which can vary substantially depending on the plant variety and the method of cultivation utilized.

Tetrahydrocannabinol (often known as THC) and cannabidiol are the two types of cannabinoids that have received the most attention from researchers (CBD).

While it is common knowledge that THC is the primary psychoactive component of cannabis.

CBD was found to have "neither the potential for abuse nor the potential to produce dependence," according to the findings of a recent review conducted by the Expert Committee on Drug Dependence of the World Health Organization.

The decision reached by the European Court of Justice was the product of a case that was submitted there by the courts of France.

In 2017, a court in France condemned the seller of e-cigarette cartridges that included CBD that had been legally derived from the whole hemp plant in the Czech Republic.

This was due to the fact that in France, the only types of hemp that are legal are fiber and seeds.

This matter was brought before the European Court of Justice (under case number C-663/18), and the court's decision was made public on the 19th of November 2020.

The court ruled that it was inconsistent to apply the marketing ban only to organic CBD and not to synthetic CBD, despite the fact that evidence of the risk to health from CBD was still limited but may justify precautionary restrictive measures.

The court stated that this was despite the fact that the evidence of the risk to health from CBD was still limited.

When the legality of these measures that restricted the free movement of goods within the EU was being examined, the court also stated that CBD extracted from cannabis was not a drug within the meaning of the 1961 Convention; and that the EU industrial hemp regulations were not applicable to the CBD extract because it is not an agricultural product within the definitions of those regulations. 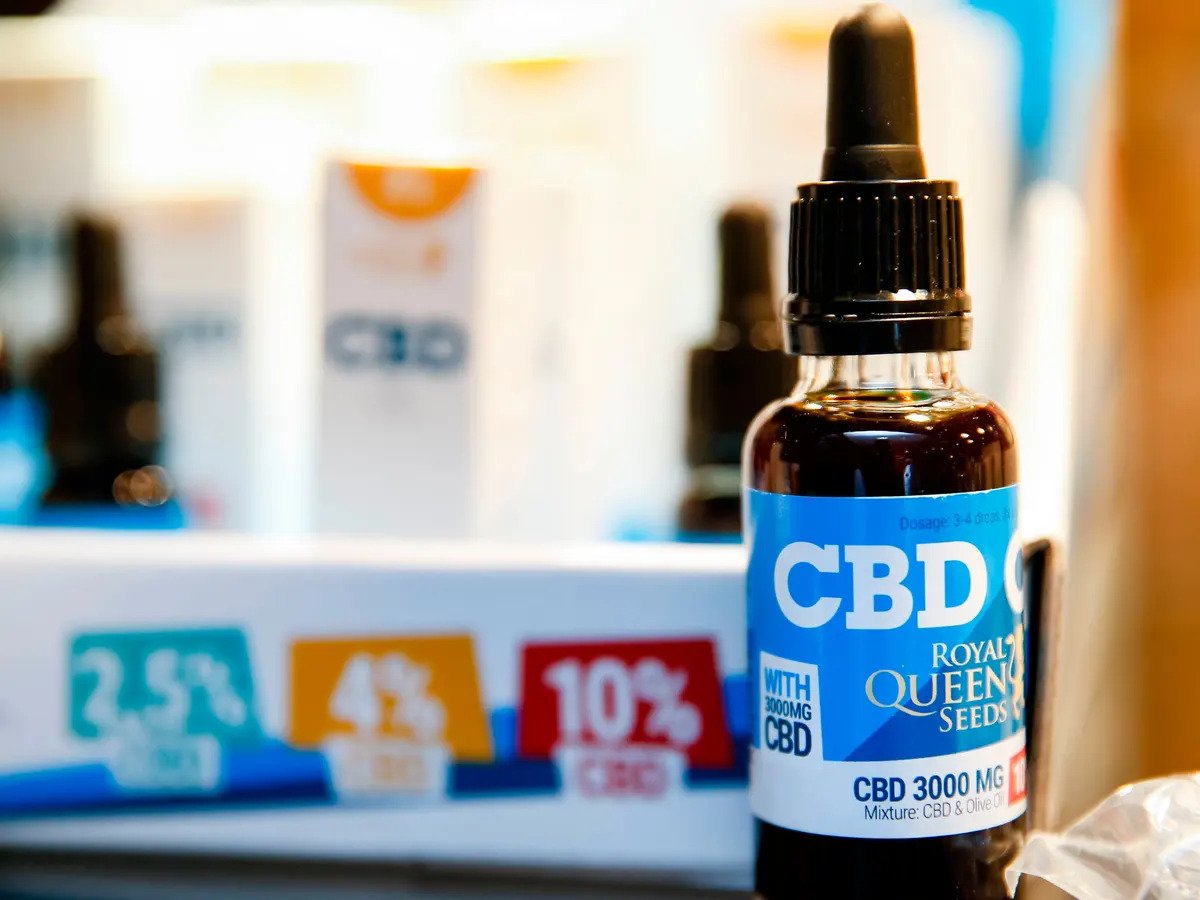 Both of these statements were made in response to the court's examination of the legality of the measures that restricted the free movement of goods within the EU.

As a result of this decision, the European Commission stated in a recent press briefing that cannabidiol should not be considered a drug within the meaning of the United Nations Single Convention on Narcotic Drugs of 1961 and that cannabidiol can be qualified as food provided that the other conditions of the EU Food Safety Regulation are also met.

The European Court of Justice (ECJ) issued a ruling that CBD is not a narcotic drug according to the ECJ on November 19, 2020, which summarized its earlier decision that the free movement of goods entails that when CBD is lawfully manufactured and marketed in one member state, it may, in principle, also be marketed in another member state.

On the other hand, this is not the case where Article 36 of the Treaty on the Functioning of the European Union (TFEU) justifies an exception to the free movement of products, such as when it is necessary to do so for the protection of human life and health.

However, the measure that restricts or prohibits commerce must be reasonable for assuring the attainment of the purpose that is being pursued (the protection of human health and life) and must not go beyond what is necessary in order to achieve it.

We have some most commonly asked questions about CBD to make it clear how bad is CBD if it is considered bad for human health.

Because CBD does not have any psychotropic effects, it does not lead to addiction. The Cannabis Sativa L. plant is the only one that can be used in the production of CBD in the United Kingdom; nevertheless, although being of the same species as cannabis, CBD does not contain any THC. This is renowned for its ability to induce euphoric states in its consumers.

Even while it does not actually cause intoxication and addiction, this can provide the impression of being extremely high.

The side effects of CBD are:

Is CBD Bad For You?

The utilization of CBD is also associated with a few dangers.

Is CBD Legal In The EU?

There are a few countries in Europe where CBD is not permitted, although this is the exception rather than the rule. The European Union views CBD as a novel food and is working to restrict consumers' ability to purchase items containing the compound. Despite the fact that regulations are being revised, the market for CBD products in Europe is continuing to grow, and each month sees the introduction of dozens of new CBD brands.

Is CBD Classed As A Drug?

CDB is a medicinal drug. CBD is a recognized medication that requires a doctor's prescription, the substance cannot lawfully be put in foods or dietary supplements. CBD may only be included in products classified as "cosmetic." However, there are still products containing CBD that are being sold under the guise of dietary supplements on the market.

Is CBD A Controlled Drug UK?

No, it is not. According to the terms of the Misuse of Drugs Act of 1971, "Pure CBD" is not considered to be a restricted substance. Products that are classified as coming under Schedule 2 will have variable amounts of THC and CBD, as well as varied CBD to THC ratios, and may be made available in a variety of medicinal formats.

What was your reaction when you heard that CBD is not a narcotic drug according to the ECJ?