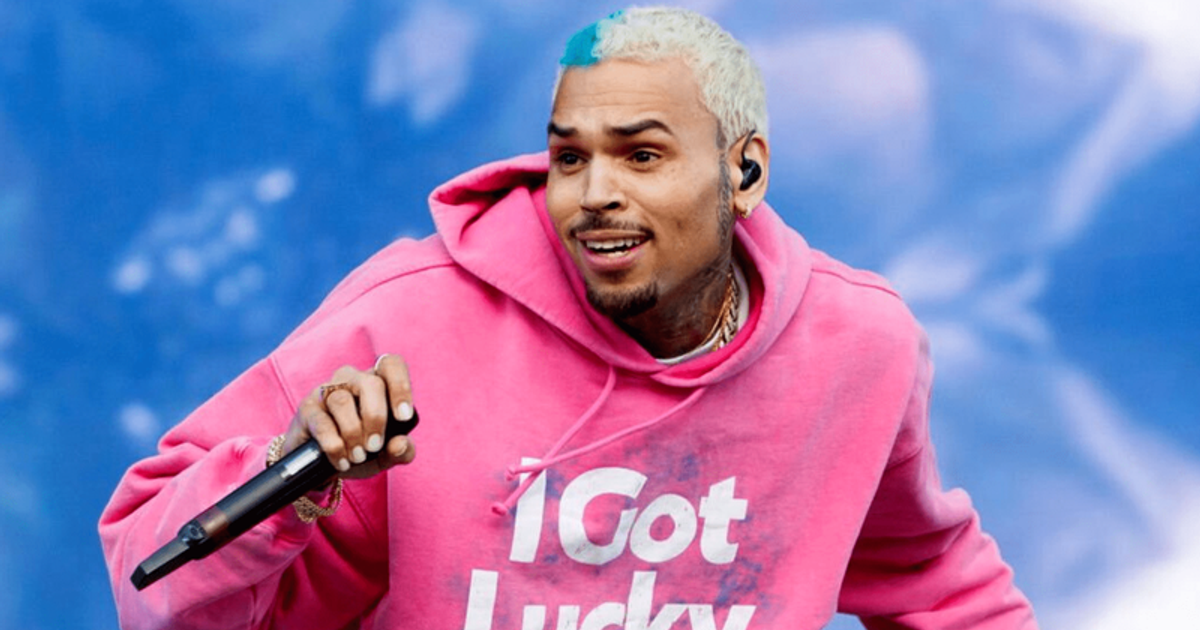 Chris Brown performed at Wireless Festival after 12 years of being banned in the UK for assaulting ex-girlfriend Rihanna in 2009.

Last month, it was revealed that the controversial rapper, who is 33 years old, will be one of the headlining acts at the Wireless festival, which will take place in London. At the time, the announcement was met with a variety of reactions on social media.

And on Friday, 1st of July, Chris Brown performs onstage at his first festival in the United Kingdom in the past 12 years. Prior to that, in 2010, he had been denied entry to the country.

Chris Brown, born Christopher Maurice Brown on May 5, 1989 in Tappahannock, Virginia, United States, is an American rhythm-and-blues (R&B) singer, songwriter, and actor whose melodic voice and excellent dancing propelled him to popularity, despite his troubled personal life.

Brown was raised in a tiny town in Virginia. He found a liking for dancing and singing as a child, and at the age of 15, he was signed to Jive Records.

His self-titled debut album was released in 2005. Sales increased significantly thanks to the chart-topping single "Run It!" and the skill Brown demonstrated in both vocals and dance garnered him early comparisons to Usher and Michael Jackson.

Brown received two Grammy nominations in 2006, including best new artist, and in 2007 he broadened his entertainment career with parts in the dance drama film Stomp the Yard, the hit TV series The O.C., and the holiday comedy-drama film This Christmas.

He also released his second album, Exclusive, in late 2007, which was praised for demonstrating Brown's maturation while still appealing to his target teen demographic. Exclusive featured collaborations with famous artists like Lil Wayne and Kanye West, and its track "Kiss Kiss," starring singer-rapper T-Pain, topped the Billboard Hot 100.

Brown's professional image was tainted in 2009 after he was sentenced to 180 days of community service and five years of supervised probation for criminally assaulting fellow R&B star Rihanna, who was then his girlfriend.

The widely reported incident provoked outrage and dominated the news for months. Graffiti, Brown's third album, was released in December of that year. His musical portrayal of his rocky relationship with Rihanna and its aftermath received mixed reviews, and the album did not sell as well as his first two releases.

Brown bounced back two years later with the album F.A.M.E., which became his first number one album on the Billboard 200 chart and earned him a Grammy Award for best R&B album.

Following the confrontation with Rihanna, Brown was charged with felony assault in March 2009.

He pleaded guilty and was sentenced to probation for five years and 1,400 hours of community service. He was handed an additional 1,000 hours in August 2013, to be fulfilled by the end of his probation on August 25, 2014.

13 years ago today, the music industry and pop culture fans around the world awoke to the news that neither Chris Brown nor Rihanna would be walking the red carpet that evening.

Following an early morning altercation in their rented Lamborghini, the promising young super star (already the recipient of three American Music Awards, three Billboard Music Awards, and a People's Choice Award for Favorite Male Artist) was arrested, and his girlfriend was equally incapacitated, her face bloodied, bruised, and swollen by his vicious attack.

The photos, which were eventually leaked by a person Rihanna described to Vanity Fair as "a really nasty woman who believed a check was more important than morals," gave a heartbreaking image of what had occurred.

Everything was meticulously detailed in the police report. Brown's wrath had been unyielding. An L.A. detective said in a sworn statement that Brown hit Rihanna repeatedly in the face and arm, biting her ear, all while driving their rented car down the street.

He put her in a headlock while the car was stopped, forcing her to lose consciousness as she attempted to get free. He even threatened to kill her, according to the detective.

According to probation officer records revealed following the pre-Grammy altercation, this was not the duo's first fight. According to the article, Rihanna slapped Brown during a late 2008 vacation to Europe, and he responded by slamming her into the wall.

According to the report, Brown shattered the windows of their rented Range Rover after an argument in Barbados in January 2009. "We were going to fight. She would strike me, and I would hit her, and it was never OK "He stated in the document. They'd hash things out, agreeing to keep their hands to themselves, but only until the next heated disagreement.

With all this chaos and stuff the 2 superstars still remain in a good relationship in the present. Chris Brown recently congratulated his ex-girlfriend Rihanna on the birth of her and A$AP Rocky's first child, a newborn boy. In the social media post, the rapper included three emojis: a red heart, a pregnant woman, and praying hands.

The Wireless Festival is an annual rap and urban music festival held in London, England. Live Nation owns and manages it.

While it began as predominantly a rock and pop festival, it has since shifted its attention to hip hop and other urban music. Since 2010, headliners have included Jay-Z, Kanye West, Justin Timberlake, Rihanna, Bruno Mars, and Stormzy.

From 2005 through 2008, the festival was sponsored by the telecommunications firm O2, and was known as the O2 Wireless Festival.

From 2009 through 2012, Barclaycard was the principal sponsor, and the festival was renamed Barclaycard Wireless Festival. For 2013, the sponsor was changed to Yahoo!, and the service was called Yahoo! Wireless. The apparel retailer New Look has been the sponsor since 2015.

Chris Brown joined Wizkid for his O2 gig this week, surprising social media users who assumed the singer was forbidden to enter the country.

Chris Brown hasn't spent much time in the UK recently, and it's not because he dislikes the rain.

He was actually banned from entering the country more than ten years ago and hadn't returned until last year.

Fast forward to 2021, the singer performed alongside Wizkid at the O2 Arena in London last November 28th.

Many fans have been wondering if Chris Brown's suspension has been lifted after he was sighted in London in 2020.

While the artist has not divulged this information, it is thought that he completed his probation time in 2015, and Chris Brown's visa has been denied for nearly ten years.

Because the artist would not have been able to enter the nation without a legal visa, it appears that his ban has been lifted.

Chris Brown has just been added to the 2022 Wireless roster for his first UK event in 12 years in May 2022.

This is his second significant appearance in the UK, following his performance at Wizkid's concert in London's O2 Arena in November 2021.

The rapper will perform at Crystal Palace Park in London on Friday, July 1st, and Outdoor at the NEC in Birmingham on Saturday, July 9th.

He joins a slew of other notable names on the bill, including Cardi B, ASAP Rocky, SZA, and Nicki Minaj.

Do You Have To Be 18 To Go To Wireless Festival?

Children under the age of 16 (ages 5-15) must be accompanied at all times by an adult (18 or older) and must purchase a full-priced ticket. You can attend on your own if you are 16 or older.

Many fans were delighted to learn that the singer was returning to the UK after a lengthy absence from concerts and festivals. However, when he was revealed as an official performer on Wireless' social media, people slammed the festival for booking the controversial star.