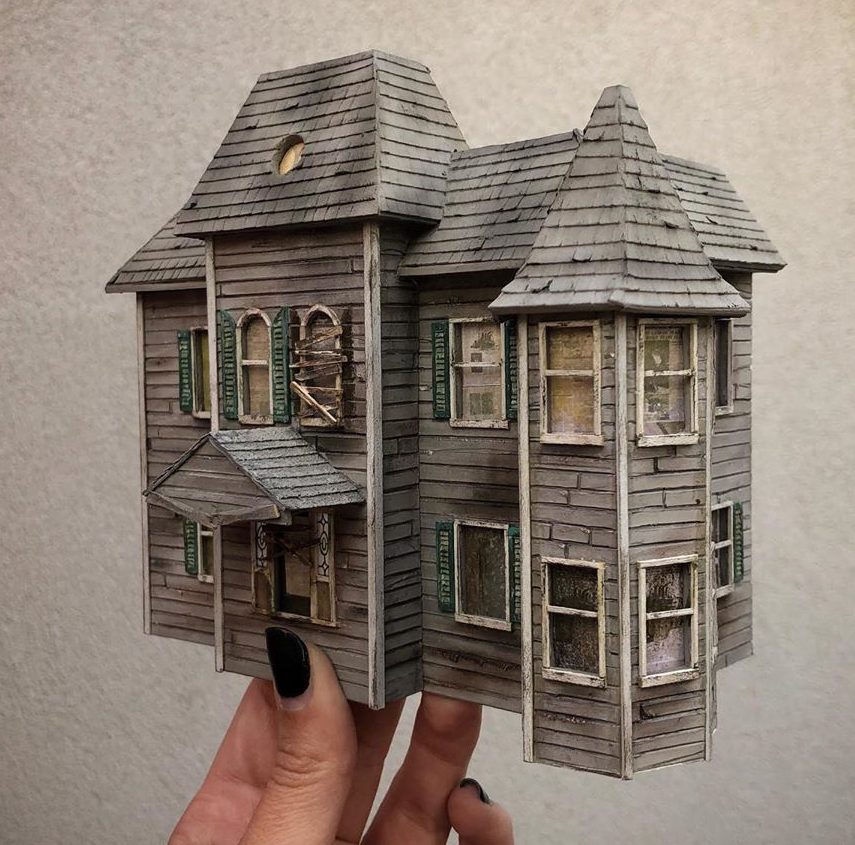 These creepy miniature houses by artist monstresss Susete Saraiva are excellent for the upcoming holiday season! She is particularly talented at creating miniature copies of horror movie sets. I wish I had the space (as well as the financial resources) to gather them all! 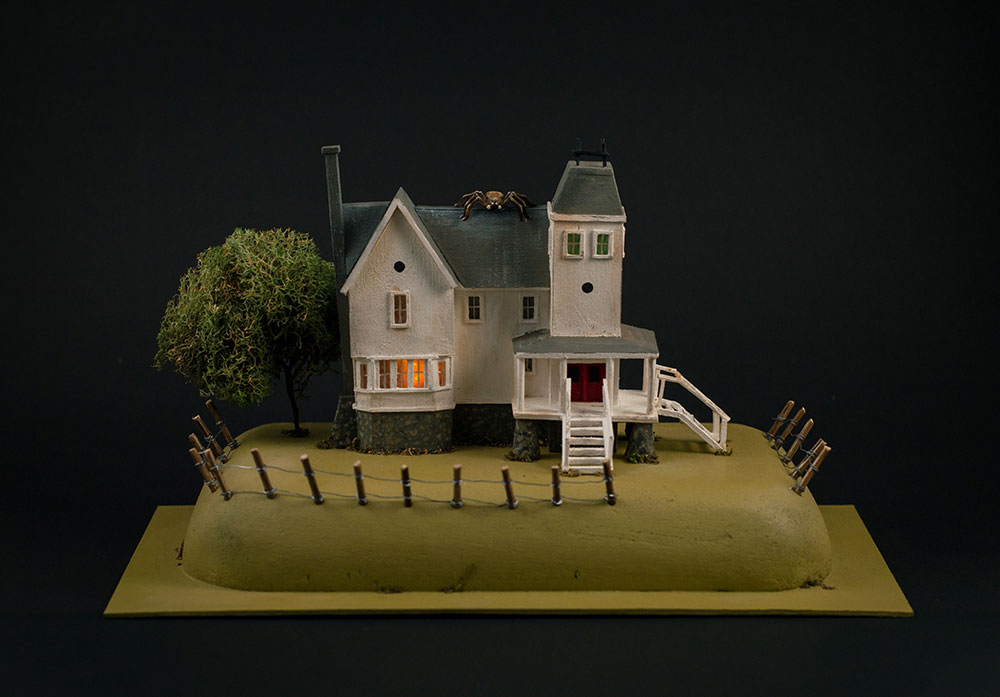 Saraiva's fascination with horror films began at a young age, and she soon began collecting small figures from the films she enjoyed watching.

“I’ve been collecting 7″ figures for years, and with that I began doing toy photography for fun. That hobby slowly led me to the idea of creating miniature props and scale backgrounds/dioramas for more realistic photos. From that point on, I found that my love for miniatures was growing daily and this inspired me to take my ideas down a few scales. My love with horror definitely began around the age of 5, when I snuck into the living room while The Exorcist was on TV. My fascination overpowered the fear I felt at the time which slowly turned into an obsession: the thrill of being frightened.”

Some of the creepy miniature houses by artist Monstresss Susete Saraiva are recreations of horror film sets, which are among her most notable works and she posted them on Susete Saraiva Instagram page.

“I love the idea of taking some of my favorite homes and bringing them to life in miniature form to display,” she told The Daily Mini. “They are also my most challenging pieces, which in the end gives me the most satisfaction when finally complete.” 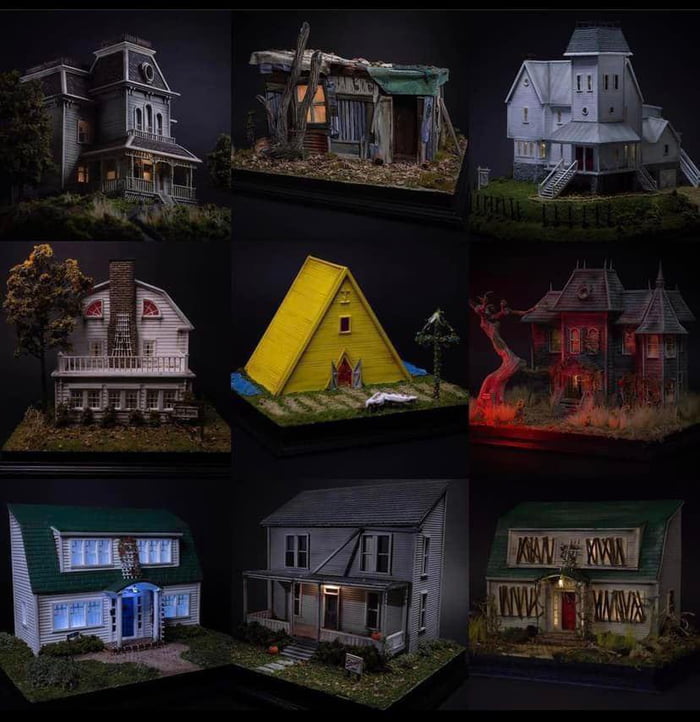 Some spooky and miniature art pieces of artist monstresss

Some people really appreciated the above picture on Reddit and really helped others with the complete details of this picture.

MIDDLE: L- Home from Amityville Horror, M- Sacrifice house from Midsommar, R-Neibolt House from the 2017 remake of It.

The bottom left and right houses are two different versions of the home from the Nightmare on Elm Street series. The boarded windows view is probably from Dream Warriors, the 3rd installment."

Someone just shared his view.

"Amityville has always been the creepiest house ever to me"

"When I was a tiny kid and saw that movie on HBO and George Lutz got his family out of the house, then got out of the car and ran back to save the dog I thought he was the bravest man in the world."

“My love with horror definitely began around the age of 5, when I snuck into the living room while The Exorcist was on TV,” she recalled. “My fascination overpowered the fear I felt at the time which slowly turned into an obsession: the thrill of being frightened.”

Being that Halloween is just around the corner, we couldn't have happened upon these creepy miniature houses by artist Monstresss Susete Saraiva at a more appropriate moment. A fan of everything creepy (think Beetlejuice meets David Lynch), Saraiva's miniature artworks include horror houses, Tim Burton-inspired accessories, and other such things.