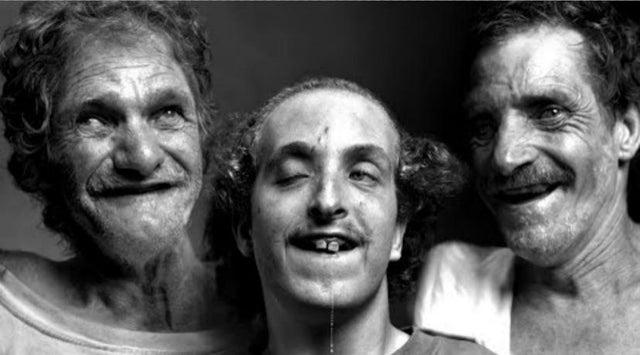 Soft White Underbelly is recognized for their documentaries about the less-traveled parts of the world, and one of their most well-known videos is an interview with the Whitakers, a purported inbred family.This is one of those situations where you're not sure how to react. I'd say it's creepy and it's like a real-life horror picture – which it is – but these are real people, and to say that about anyone is cruel.

More than anything, it’s just sad. This alleged inbred family are living in abject poverty, most of them have mental and physical disabilities and the rest of their family are seemingly dead.

Still, this recent video interview is incredibly compelling, and while the subject matter is obviously upsetting to some, it’s almost impossible to not be intrigued by.

“The individuals in this video are brothers and sisters, except for Timmy who is a cousin. There is no way I would be able to confirm that the Whitaker parents were related, but given that this does happen in this part of the country and the Whitakers are the most extreme case I’ve seen so far, I would bet that inbreeding was at least partly responsible for the mental and physical abnormalities seen in Lorraine, Freddie, Ray and Timmy.

“To be clear about my interaction with the family, I brought them pizzas and soft drinks and paid them nicely, which goes a long way in southwestern West Virginia where the average yearly income is as low as $12K a year in some counties. This was my fourth visit and I’ve given the family a financial gift each time“.

To be clear, the description also clarified “I’ve since learned that the loose dirt in the front yard that Ray was showing me was actually from a camper fire, not Freddie’s burial site“.

I thought that dirt looked too fresh for a four-year-old grave.

I don’t like the filmmaker at all here. I know he said he paid them and was polite and whatnot, but his interviewing technique is horrible and more or less rude. All of his questions were incredibly leading, yet ironically led to absolutely nowhere.

He may as well have said “were your parents siblings???”

All of his questions were perfectly answered with a yes or a no which obviously makes for a terrible interview, except for that one time when he asked Ray what he was having for dinner. He had an appalling manner and he was dangerously condescending.

If you want to know more about the Whitakers, then the top comment on the YouTube video – which you may have to take with a pinch of salt – reads:

“My grandparents owned the house that Odd Post Office is in for years and years. My Granny was the Post Master there and loved their little family. They used to have a little grocery store in the same area as the post office and my Dad would deliver groceries to the Whittaker’s. They are loved by the community.

“The story was that John Whittaker, the father, and the mother, I cannot remember her name were double first cousins. I can’t verify that as it was only talk. But, it makes sense. My Dad said the mother always kept a neat home, but was of simple mind. The father, was a coal miner who walked to work no matter what the weather. My grandfather used to pass his tracks on the road and offer him rides.

“After a few days of not seeing his tracks, my Granny asked his wife in the post office if her husband was OK. She said, ‘No, he had another one of them old heart attacks.’ Up until my kids were trick or treating in my Granny’s neighbourhood, she bought the Whittaker’s big candy bars because she knew they loved them in their trick-or-treat bag. She had been giving them the same candy for years and years.

“These folks have suffered so much agony and torment at the hands of arrogant and mean spirited people. Yes, they are different. Yes, you might not have met anyone like that before. But, by the grace of God you are not in their situation. My sincere hope is that they will be left alone to live in peace in a community that loves and protects them.”