Deer Fibroma - Is This Deer From Another World? 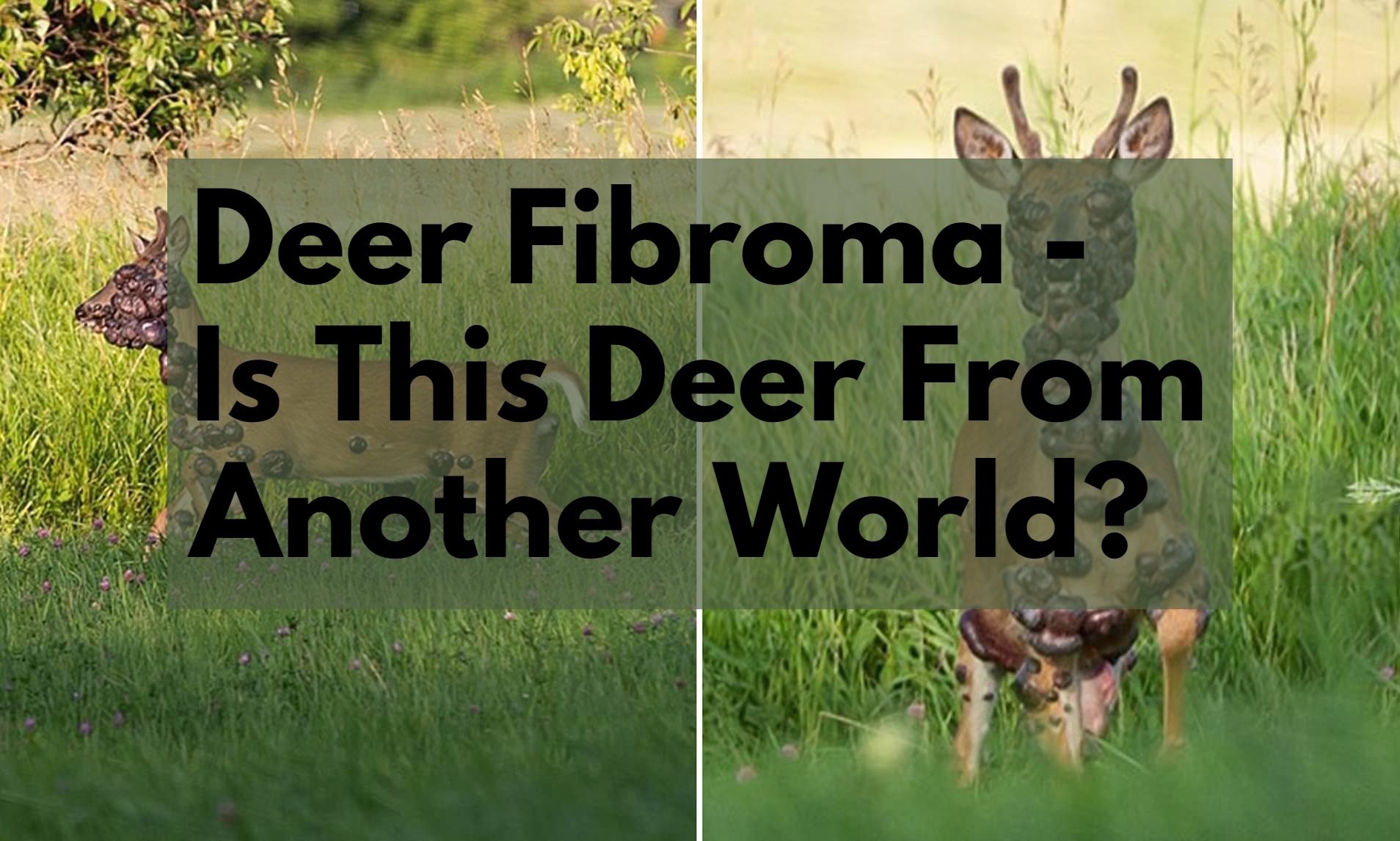 There is a video on Reddit in which a deer can be seen covered with black warts. It does look like from another world. Well, that is not the case. Actually, this deer is suffering from a disease known as deer fibroma.

A disease characterized by benign tumors on the skin of the poor deer. Walking with these warts and bearing the pain might be difficult for this poor soul.

All details about the disease are discussed below. First, let me show you a video about it.

In a now removed video on Reddit, an unknown user shared a video of a deer walking casually on the road. However, there is something unique about the deer - its body was full of warts of different sizes in different parts of its body.

At first, netizens are confused about the black thing on the deer. Thankfully, some users know what deer fibroma is and are kind enough to explain it to other users.

A Reddit user, Horseman_, explained the disease, "What is deer fibroma? Also referred to as cutaneous fibromas, fibromas, fibromatosis, or deer warts. Deer fibromas are wart-like growths on deer that are typically caused by an infection with a species-specific papillomavirus. These manifest as firm, warty growths fixed to the skin of a deer."

Reddit user stealytheblackguy said, "apparently it doesnt really affect them that much. These are just warty growths on the surface of the skin, so as long as they dont grow over its mouth nose or other orifices the deer is ok, it just looks like a monster."

ErikaHoffNung said, "This is unironically why hunting is a good thing and a function of modern conservationism. Either we can take care of excess deer population, or the planet will come up with endless horrors to do it for us."

So, now let me tell you about deer fibroma or dear wats, or cutaneous fibromas.

What factors contribute to the development of so-called "deer warts," or "deer fibromas" and do these unattractive tumors have an impact on the overall health of the herds of deer?

Though a deer has these warts, is it okay to eat?

In a nutshell, the answer is neither yes nor no.

No, the presence of these warts or cutaneous fibromas will not normally have any impact on the general health of a deer.

The sight of these horrible deer warts or deer fibromas, which actually aren't warts, may seem revolting to us humans, but for deer, it's just another day in Mother Nature's world.

but you should be careful in choosing deer for eating just don't do it on anyone's advice first do some research.

What Is Deer Fibroma Or Deer Warts?

In this condition, deer are plagued with benign tumors that are most likely papillomas.

Papillomas are one of three types of tumors that have been identified as affecting white-tailed deer (the others being fibromas and lipomas).

According to medical research, the growths are known as cutaneous fibromas, and papillomavirus is responsible for their development.

Papillomas, as described by the Washington State Department of Fish and Wildlife, are characterized as being solid, devoid of any hair, a bluish-gray or black color, and having a texture that is either smooth or rough, ranging in size from peas to footballs, and sometimes growing in clusters.

They could be located on any part of the animal's body eyes, neck, or any other part.

Papillomaviruses that infect one species almost never infect others of the same or a different species.

Viruses that are infectious among members of the same species are the root cause of these growths.

In most cases, papillomas will eventually overrun their blood supply and fall off after they have reached their full size.

Leonard Lee Rue III, who has served as the Field Editor of Deer & Deer Hunting for a considerable amount of time, asserts that “These are caused by viral infection, cannot be transmitted to man, and are seldom very injurious to the deer.”

Papillomas are the most common type of deer tumor and consist of wart-like growths that can number in the dozens.

Although none of these deer diseases are common, papillomas are the most common type of deer tumor.

What Effects Do This Have On Deer Populations?

The majority of the time, fibromas do not significantly contribute to deer mortality and do not have a detrimental effect on the health of infected deer.

Only the animal's skin is affected by these fleshy growths.

n extreme situations, fibromas near the mouth or eyes may impair a deer's vision or ability to eat, and very big fibromas across the body may make it difficult for the animal to walk.

Can Deer Fibromas Be Treated?

Deer fibromas have no known effective or widely applicable treatment.

Large growths may be surgically removed in captive animals, but this is not a viable therapeutic option for wild animals.

However, in spite of the fact that they are unattractive to look at, the growths are easily removed along with the deer's hide when the animal is skinned, and the meat is perfectly safe to consume.

Cattle can develop papillomas, although they are of a different kind.

What Causes Fibroma In Deer?

On deer, growths known as fibromas have the appearance of warts and are almost always the result of an infection with papillomavirus that is species-specific. These appear on a deer's skin as hard, wart-like growths that are attached to the skin.

No, the virus only affects certain species, and it is not known for humans to develop or be affected by deer fibromas.

What Causes Papillomavirus In Deer?

It is believed that several different kinds of insects that bite humans are responsible for spreading the virus that causes fibromas. However, direct contact through any variety of infected things that may scratch or puncture the skin of the deer is another possible way of the viral agent's transmission. This could happen if the deer comes into contact with the object.

Deer fibroma is extremely prevalent and can be found wherever in the white-tailed deer's habitat in North America.

Other animals, such as squirrels and rabbits, can also suffer from diseases that are analogous to fibromas.

Have you heard about a duck fashion show in Sydney, Australia?