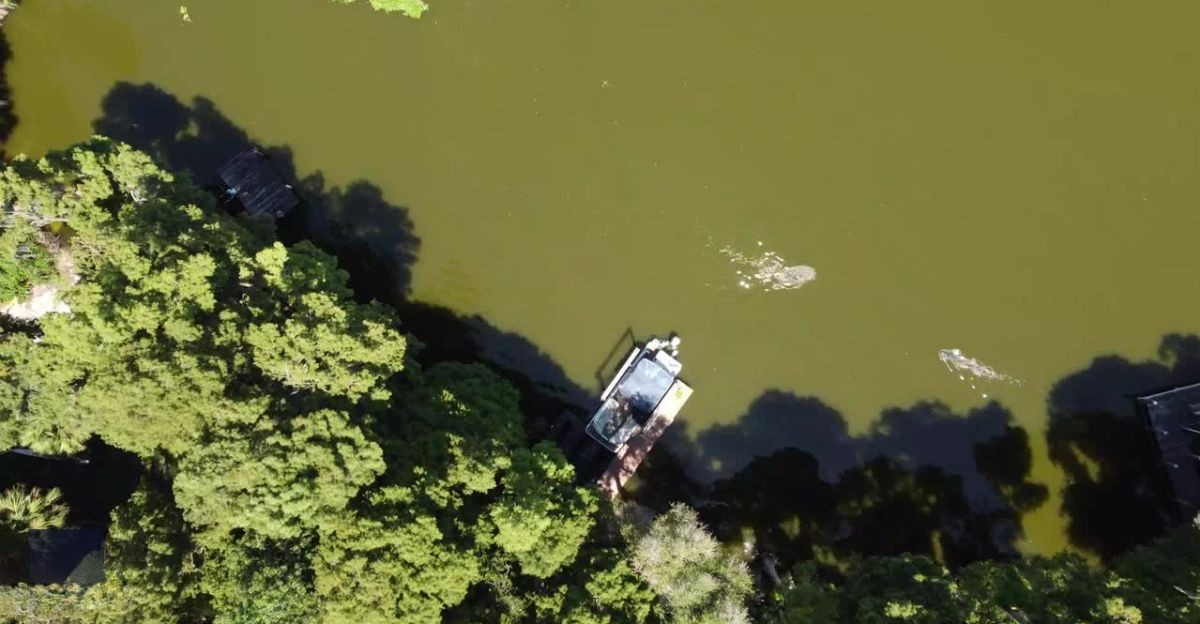 A drone captures footage of alligator attacking a swimmer in Florida lake.

All the details about the video and incident are below. 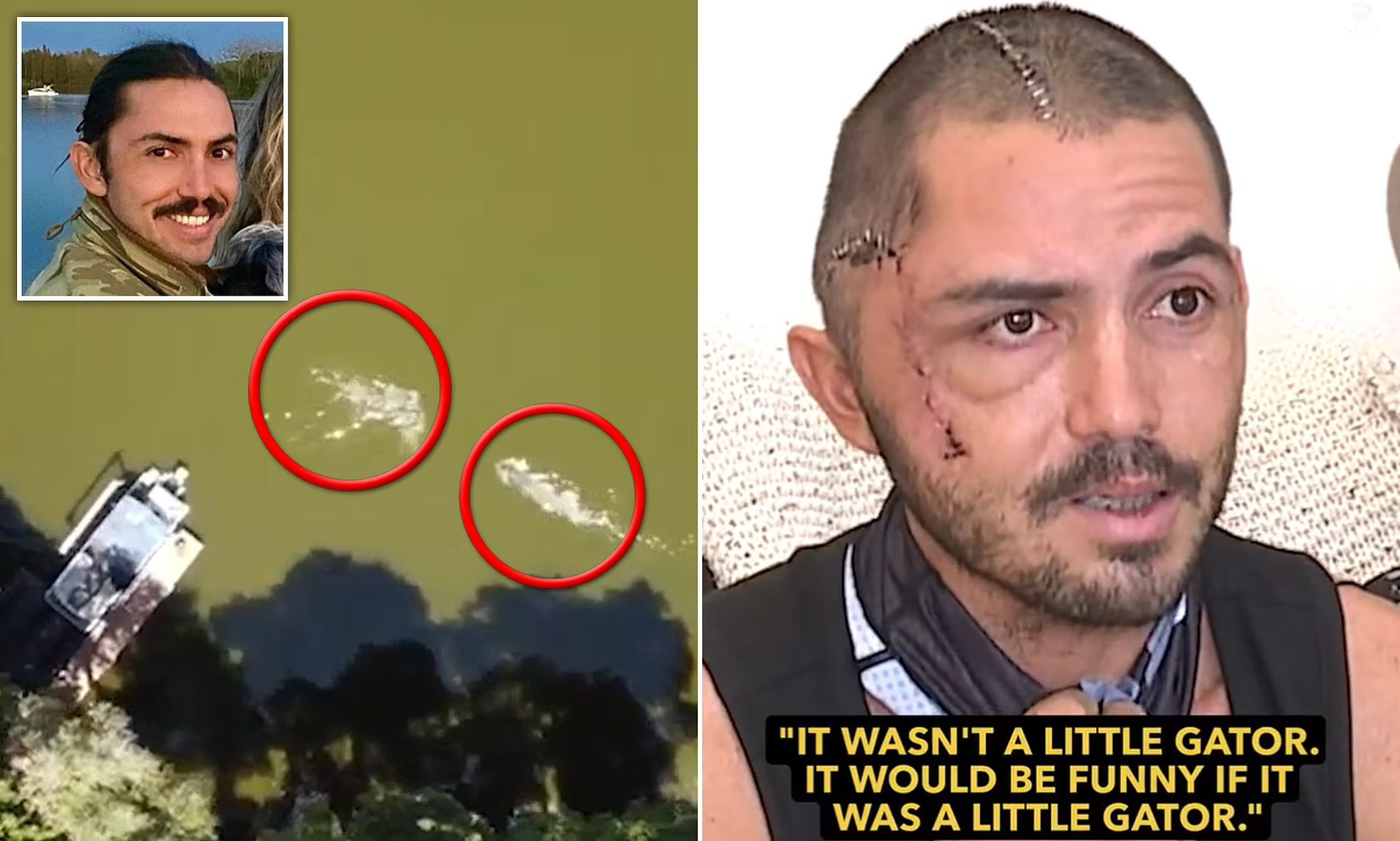 Drone shot of a Florida lake; A man who was attacked by an alligator in Florida

A Florida firefighter and adventurer was attacked head-on by an alligator but survived to tell the tale, according to a viral video.

A 12-foot-long alligator attacked Juan-Carlos La Verde, the owner of Defeat X Adventure, while he was filming an instructional video for his business.

Thankfully, Juan Carlos La Verde, also known as "JC Defeats," survived the attack, but the gator's jaws clamped down on his head, leaving him with injuries.

"I was chomped down on this side, like completely," he told Fox13 Tampa.

The 34-year-old said in a statement to WFLA:

I felt the equivalent of a telephone pole hit my face. And then because of my stroke I felt the scales and then I felt the teeth, so I knew what I was in.

In the video, La Verde can be seen swimming to the left while the alligator approaches from the right.

After they collide, there is a struggle before La Verde changes course and starts moving in the direction of the shore.

The alligator's jaws clamped down on his upper body and head.

Even though the attack only lasted a few seconds, La Verde claimed he was confident he would survive.

He recalled having "an unbelievable amount of faith in myself that I wasn’t going to die."

La Verde claimed that he retaliated by shoving his hands into the alligator's gaping maw.

She didn't have to let go, but she did, according to La Verde.

JC's head stayed in the gator's mouth for a few seconds as it fractured his jaw and crushed a portion of his skull.

He continued, "It was just one large bite.

I heard my jaw snap and then I just continued swimming."

On a GoFundMe page, Kenney Ceron of the Oldsmar Fire Department, where JC is currently employed as a firefighter and paramedic, detailed how JC managed to land and call Hillsborough County Emergency Services for assistance.

Kenney says that he was then taken to Tampa General Hospital on a "Trauma Alert," where the damage to his head and jaw required a 6-hour surgery to fix and rebuild.

La Verde wrote in a blog post about how he felt the gator's teeth close around his head and knew right away it was a gator.

My entire head and upper chest were inside her mouth. Then she bit down and I felt the teeth pierce my flesh. There was a loud popping sound, then instinct took over,

Drone video captures La Verde swimming quickly away from the alligator and back to the closest dock, where he was able to be picked up by someone to call 911 and be taken to the hospital.

La Verde told Storyful that he hoped the video would demonstrate how the reptile helped him find a "clear new direction" in life rather than a "hateful attack."

He swam to a nearby dock right away. As soon as he was out of the water and the adrenaline wore off, the pain set in.

There were also reports of significant blood loss in La Verde.

After his neighbors called for help, he was taken to the hospital as a trauma alert patient.

He is now on the road to recovery despite having multiple fractures in his skull and jaw and undergoing six-hour surgery.

God is good and miracles happen more often than we think. They are just not often video-recorded with a drone,

La Verde is an Oldsmar firefighter and a former member of the U.S. Air Force.

The alligator bite, which caused his head to be crushed, his jaw to be broken, and a facial nerve to be injured, necessitated six hours of surgery.

Did you know that Florida's freshwater systems are home to more than a million alligators?

That is roughly one alligator for every 15 inhabitants and includes marshes, lakes, canals, rivers, and swamps.

Even an 80-mile highway section in the Everglades is known as "Alligator Alley" (and there is only one gas station the entire way, so fill up before you go).

Alligators in Florida don't pay much attention to property lines or roadside barriers, so many motorists and pedestrians have had to learn the hard way to be vigilant in the Sunshine State.

Alligators roam freely, visiting yards, golf courses, and any other place where there might be food to be found. 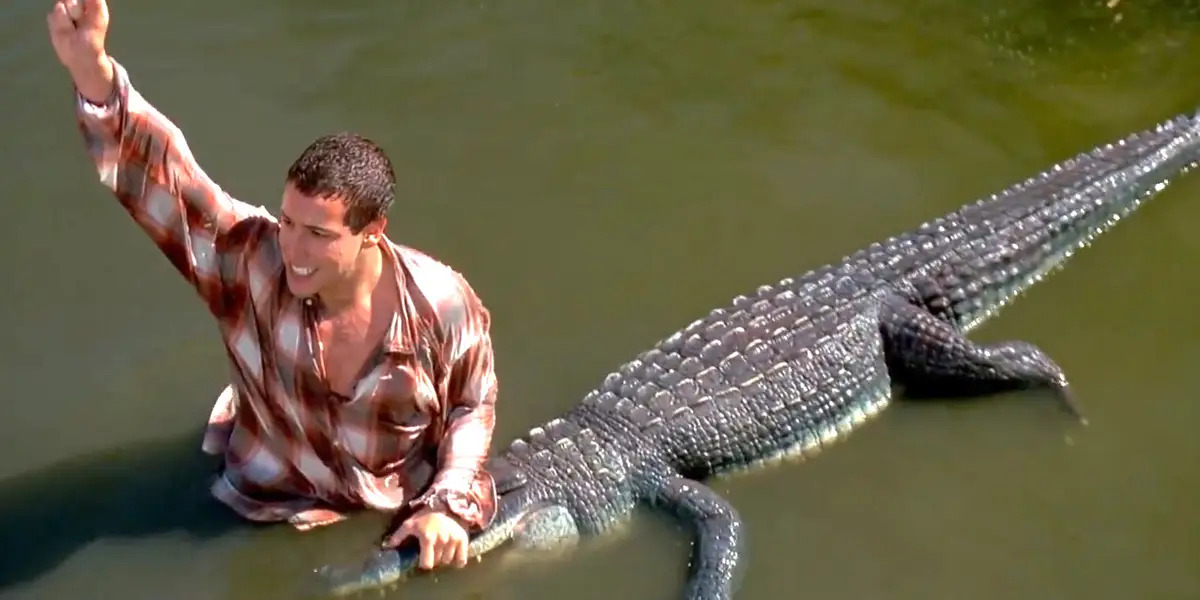 A man holding the mouth of an alligator in the lake

"People — even small people — are not their typical prey," asserts Nick Wiley, executive director of the Florida Fish and Wildlife Conservation Commission.

Three people died each year from Florida alligator attacks in 2001 and 2006, which were the worst years for fatalities.

There have even been times in Florida when no one has died from an alligator attack.

It's true that there were only 23 fatalities, but that doesn't mean there aren't still opportunities for alligator attacks.

This is due to Florida's capitalizing on alligators as an integral part of the state's identity, bringing them into the limelight much more frequently than they would be on their own.

Alligators are featured in Florida's marketing campaigns as school mascots and in tourist attractions like alligator wrestling, airboat tours, and feeding.

Many locals have interesting tales to share (such as encounters with Chubbs, the enormous mascot that roams the Buffalo Creek Golf Course) or have cherished family customs like buying $2 worth of hotdog pieces to feed baby alligators.

The majority of alligator encounters are controlled and handled by professionals.

What occurs, though, if a gator saunters up to your front porch?

Imagine looking out your window to discover this 11-footer on a Village resident's lawn.

Or maybe it's the Florida alligator swimming in your pool while your kids want to play with it—every mom's worst nightmare! 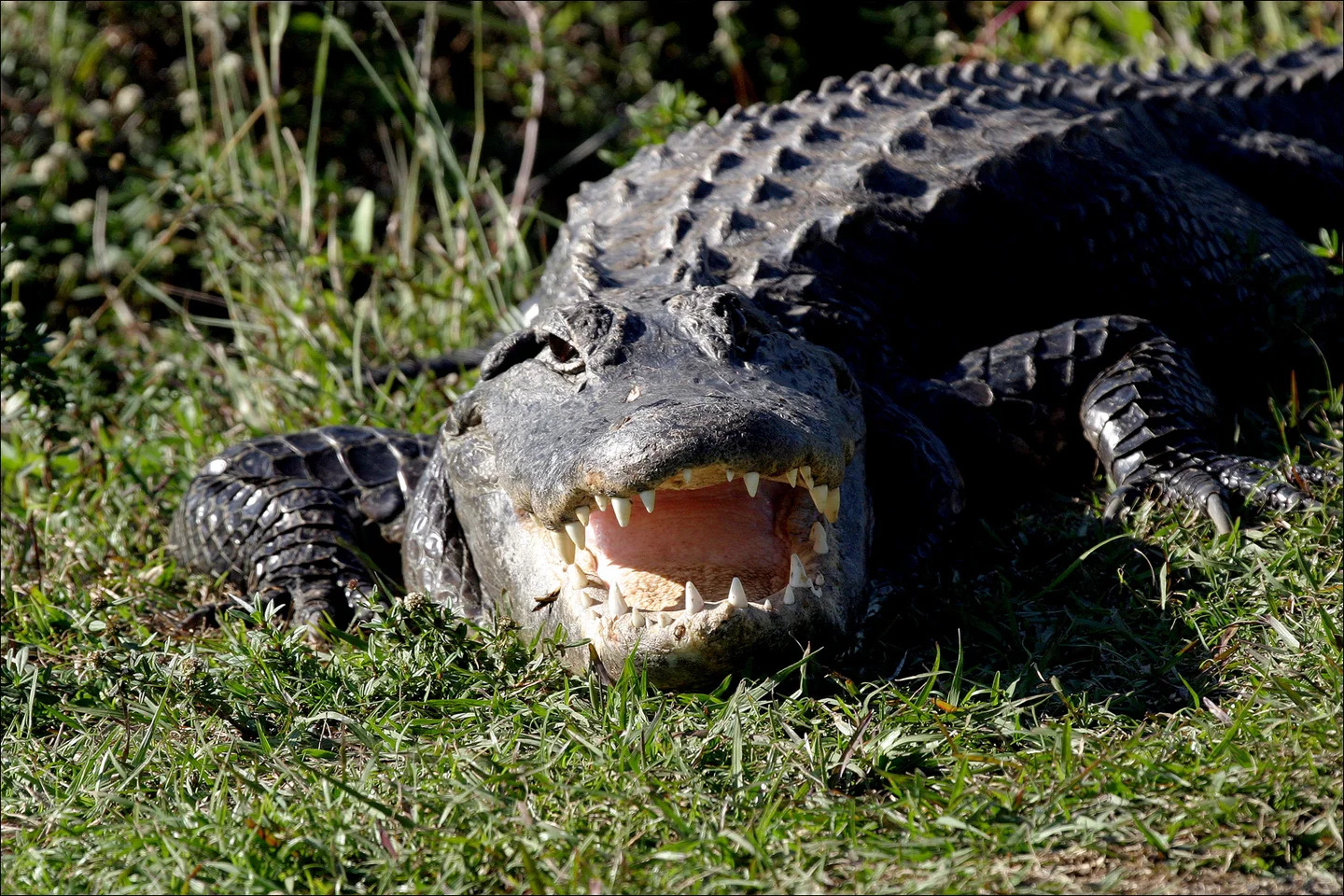 An alligatort with its mouth open lying on the ground

Where Are The Most Alligator Attacks In Florida?

In 2017, 6,700 invasive alligators were killed or relocated statewide. According to data from the FWC, that increased to 7,114. The areas near Tampa, Sarasota, Orlando, Fort Myers, and Jacksonville have the highest removal rates.

Has An Alligator Ever Attacked A Human?

376 alligator bite cases have been reported and documented in the United States since 1948, according to a number of sources. In 23 cases, deaths were reported; however, it's possible that 8 of these deaths involved postmortem alligator bite wounds.

What Are The Chances Of Getting Attacked By An Alligator In Florida?

Since 1948, there have been an average of three significant alligator bites in Florida each year. A person is at risk of being attacked once every 3.2 million.

A drone captures footage of alligator attacking a swimmer in Florida lake but soon he was taken to a hospital.

After the proper treatment, he was discharged, and now he is feeling much better.