Edgar Meme - What Is The Origin Of The Famous Haircut Meme? 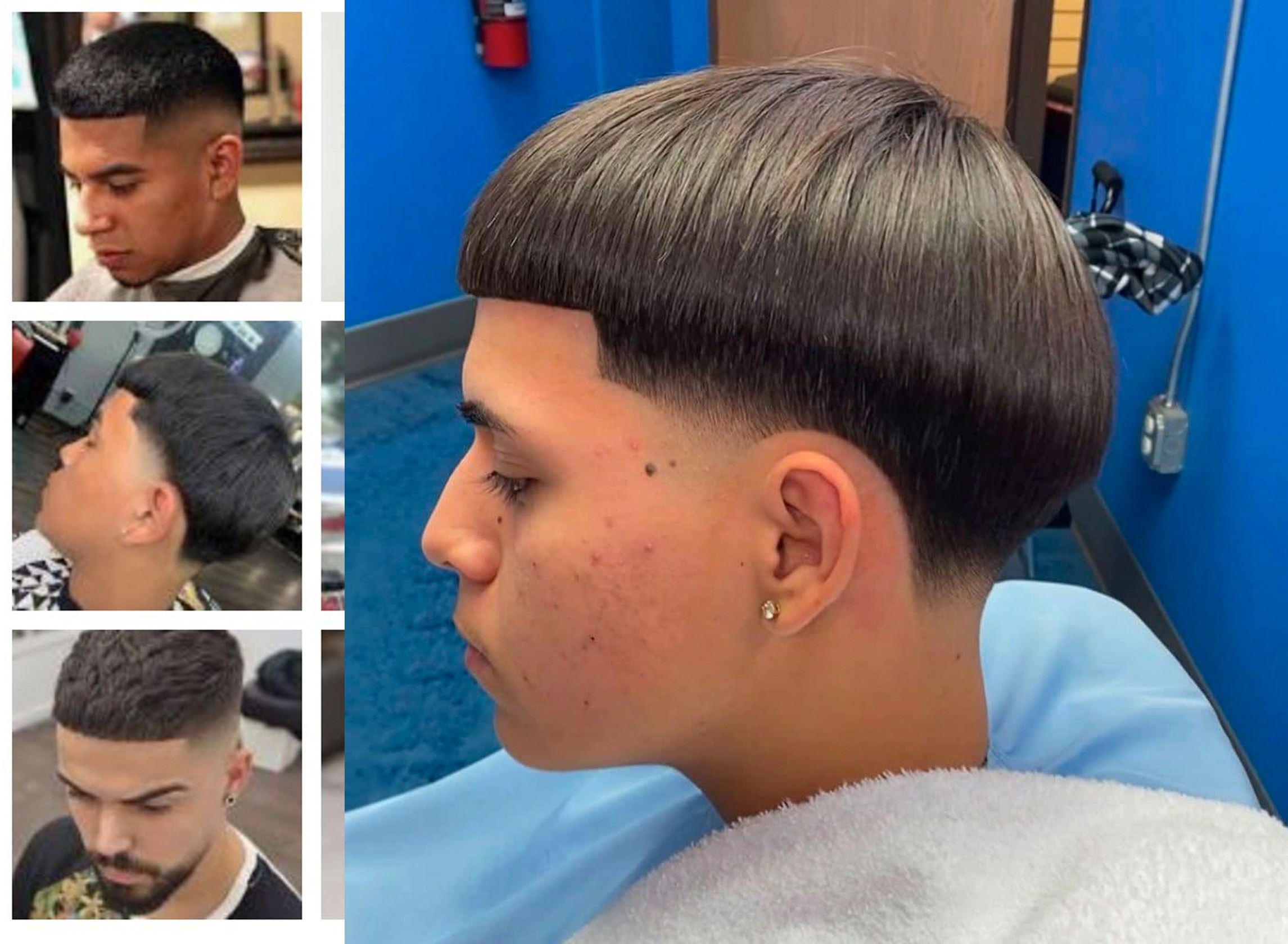 What is the popular trend on Tiktok named Edgar? Edgar meme has become popular on social media in 2022. However, some users are still perplexed by it. People find memes entertaining regardless of the content.

Similar to that, the Edgar meme is appropriate right now. It will surprise you to learn that the meme first appeared in 2006. Edgar's Fall, a YouTube video, is where it all began.

It has specifically evolved into a hairstyle meme as of 2022. But there was an old Edgar meme too. Let's have a look at it first.

It all started with Edgar's Fall video 15 years ago. More than 70 million people have watched Edgar's Fall video. It primarily shows two Mexican cousins and their uncle enjoying a stroll in the woods. They were Edgar, Fernando, and Raul.

The former had anxiety before going across a bridge. This was mostly because there were only two branches on the bridge. Fernando, on the other hand, was joking with Edgar about pushing him.

When Fernando made the decision to begin shifting the branches, Edgar eventually became unbalanced and fell into the creek. He grew irritated. The popularity of this video caused it to spread like wildfire. The Edgar meme began in this manner.

The Edgar meme, however, is also associated with a certain haircut. It's a high bald tapered hairdo, to be exact. This process began in November 2017. The Takuache hairstyle, which resembles a bowl cut, was its original name.

Latino youngsters prefer this Edgar haircut more than others. If this suits you, seek the assistance of a stylist who can give you this hairstyle. It certainly has a cool aesthetic. You will now comprehend a lot more once you are aware of the origins of the Edgar Tiktok meme.

The Edgar Cut is arguably not the worst haircut there is. The "Edgar" fits right in as the most recent hairstyle lingo that is frequently used in memes, joining the ranks of mullets, afros, and the more contemporary Zoomer Perm. You may have seen or heard of TikToks, including the time that a Texas high school nearly outlawed them.

Whatever brought you here, it's clear that it served its purpose because you now understand that the "Edgar" is essentially a bowl cut with a high-fade that was popular among Latino men in the 2020s. However, where did the "Edgar" come from and why is it called the "Edgar"? Here is a brief explanation.

An Edgar is a term used to describe a Latino male with an Edgar Haircut, which is a high-fade and a bowl cut that ends at the forehead. The hairstyle gained popularity in late 2019, but it gained more notoriety when a Texas high school forbade it at the end of 2021.

In early 2022, Edgars became popular on social media as a pop culture allusion and cliche, particularly on TikTok, where Edgars came to be connected with being short and dressing in True Religion clothing. The hairstyle is comparable to the Zoomer Perm/Nest Bird's Haircut.

Although some claim that the Edgar hairstyle dates back to the Mayans in ancient South American culture, the haircut term "Edgar" wasn't coined for it until the beginning of 2019 on Instagram.

On February 6th, 2019, the Instagram account of mlbpuertorico featured a Puerto Rican barber by the handle anthonybarberpr. The video he posted shows him carving the name of Hall of Fame MLB star Edgar Martinez onto the back of a little boy. About 8,700 people saw the video over the period of three years.

Although the term "Edgar" became more popular in the late 2010s and early 2020s, the haircut was originally known as the "Takuache Haircut," which has a long history.

The Edgar haircut became a popular Twitter meme as 2019 progressed. For example, on March 27, 2019, Twitter user vuhsace tweeted a quotation repost with the comment, "After you’ve defeated all the Edgars and Joses you must face these 2," garnering almost 19,200 likes in three years.

Students at Riverside High School in El Paso, Texas, started a petition in November 2021 asking for the Edgar cut to be prohibited at school.

The first to post about it on November 2nd, 2021 was the Instagram page therealfitfamelpaso, which included a picture of the petition in their carousel post and received around 11,300 likes.

They shared a video of several kids signing the petition on the same day, and over the next six months, it received about 10,700 likes. As the year continued, the tale was shared on Twitter and iFunny. 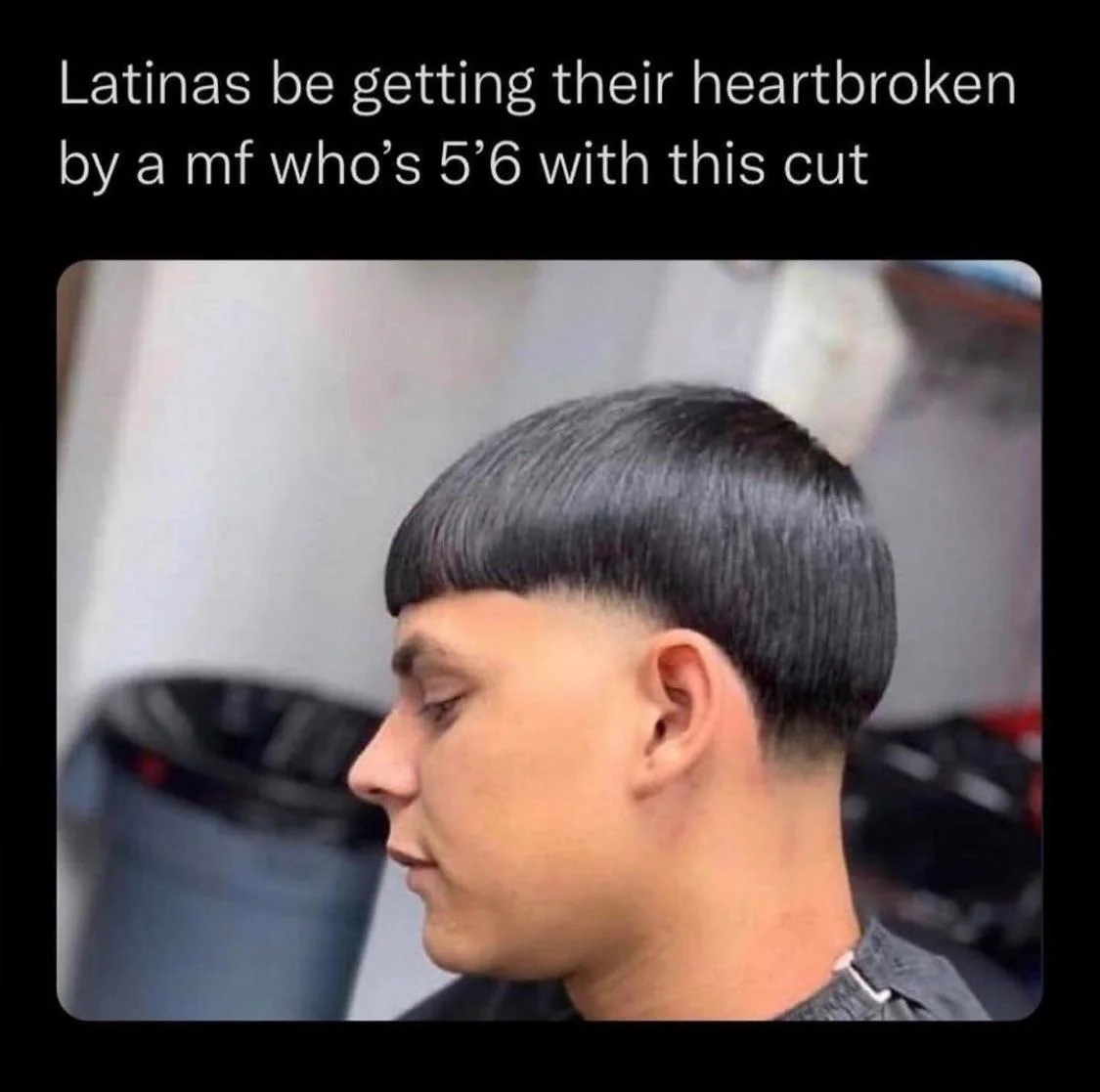 The Edgar haircut first appeared in TikTok memes in 2021. For instance, on October 31, 2021, TikToker user pedri.potter released a video that alluded to a Bhad Bhabie song.

In seven months, the video received almost 3.4 million plays and 731,300 likes. A video about being dubbed "Edgar" that TikToker itzmegabe2 posted on January 18th, 2022, received over 1 million plays and 155,400 likes in just four months.

Using the song "Who Do You Love" by rapper YG, a fad of strolling behind Edgars or Edgar POV memes began to circulate on TikTok in 2022. On March 30th, 2022, TikToker diego.smoove submitted a video that received around 3.8 million plays and 647,500 likes in one month.

Where Did The Edgar Meme Come From?

The Edgar meme came from a video titled Edgar's Fall (La Cada de Édgar) that was posted on Youtube.

What Is An Edgar Meme?

A video titled Édgar's Fall (La Cada de Édgar) was posted from Mexico to YouTube on May 9, 2006. With almost 76 million views as of 2022, this YouTube meme has been one of the most watched.

Who Started The Edgar Trend Or Hairstyle?

Edgar Martinez, a baseball player, popularized the Edgar haircut when a fan had Martinez's face shaved into his head. The haircut's current origins, though, can be found in Mexico, where adolescent boys who enjoy pickup trucks have been donning it for the past ten years.

Do you know what the Edgar meme is? This is a well-known one that many people are aware of. Therefore, if you are not familiar with all the specifics, you might be perplexed if you hear people discussing it. In this article, every aspect of this famous meme is discussed.