The Effects Of Snake Venom On Human Blood 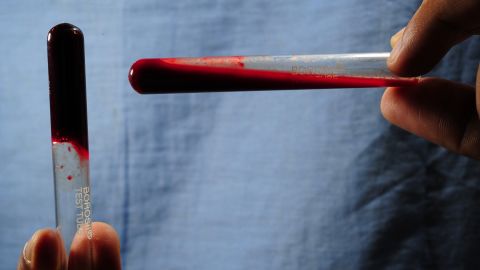 The effects of snake venom on human blood are very deadly. Snake venom contains hundreds of proteins, each with a unique harmful effect on the human body. Even among the same species, a snake's poison can vary greatly.

What Does The Snake Venom Do To Human Body?

In some cases, they can cause internal bleeding by damaging the outer membrane of capillary veins. Occasionally, they can also stimulate the blood clotting mechanism, resulting in the formation of blood clots in and around the circulatory system. These have the capability of obstructing blood vessels and causing a stroke or a heart attack to occur. 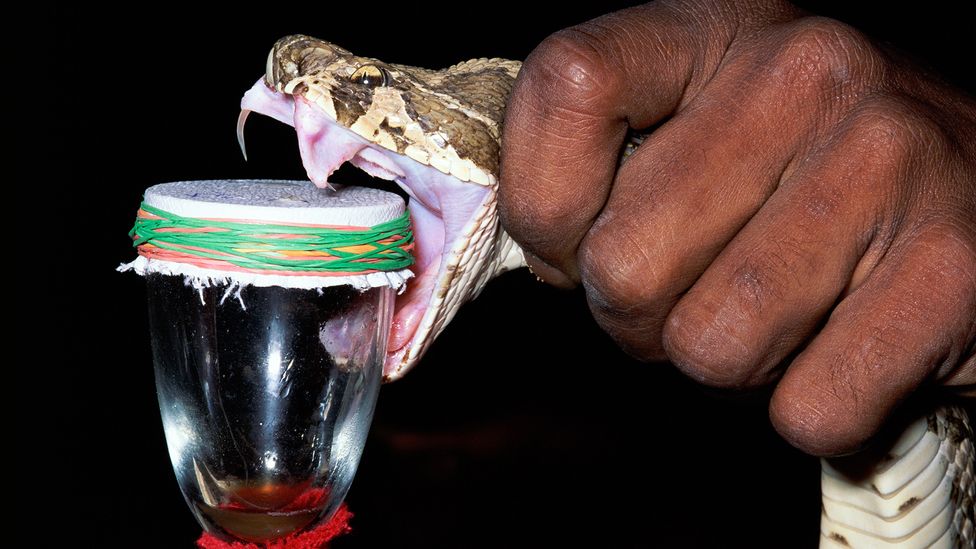 A person holding a snake and extracting its venom

Paralysis starts in the brain and moves down the body till it paralyzes the diaphragm and the patient can't breathe. Ptosis is a common symptom of this. Necrosis might develop around the bite. The venom kills adjacent muscles, tissues, and cells. Long-term, this can result in amputations, limb loss, or numerous skin grafts.

Snakes inflict more harm and death on people than any other venomous animal, including spiders, scorpions, and jellyfish. Because venomous snakes are common in rural, tropical locations like Sub-Saharan Africa and Southeast Asia. In Australia and North America. Because snakes hide on the ground, farmers, agricultural workers, and children might easily disturb them and get bitten.

Every year, snakes bite up to five million people globally. Around 100,000 die, and 400,000 are injured or disfigured. Most countries don't record statistics on snakebites, and study into the issue is limited. Snake venom is created in glands behind the snake's head and released through its fangs.

What Works As Cure?

Anti-venoms, the antidotes are manufactured by extracting snake venom and injecting it diluted into sheep or horses, which develop antibodies against the effects of snake venom on human blood. After that, the animal's blood is utilized to manufacture anti-venom, but there's a catch. 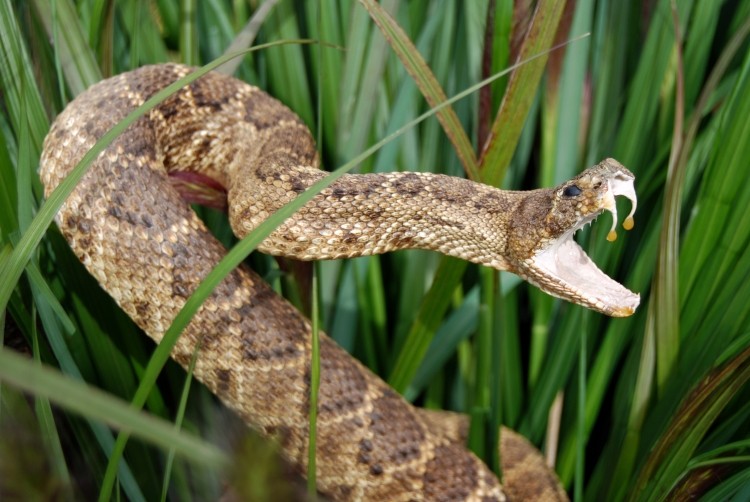 Brown and dark brown snake moving in the fields

Anti-venoms are pricey and in restricted supply. Governments and health officials have shown little interest in training doctors to diagnose and treat venomous snake bites. Safe and effective anti-venoms are uncommon, and one of the finest is running out.

So now it's time for another.

A team of researchers from the Liverpool School of Tropical Medicine is busy collecting venom from hazardous snakes to produce a new generation of anti-venom medication for every dangerous snake in Sub-Saharan Africa.

Experts are divided on whether a single universal anti-venom (targeting several snake venom types) is better than multiple anti-venoms targeting various snake species in distinct places. Both are probably valuable.

Snake venom is a white or yellowish liquid produced in glands behind the snake's eyes and pushed to the fangs when it bites. The fangs operate as a hypodermic needle, instantly injecting venom into the unwary victim.

The cobra, puff adder, viper, rattlesnake, and mamba are all venomous snakes having front fangs. The snake's ancestor's poison was simple. But, according to study, venoms have become more sophisticated and toxic over time. Even within the same snake species and country, venoms can cause diverse effects on the body and respond differently to anti-venom.

South Asian kraits have a non-painful bite. They are known to enter homes while people are sleeping, mainly on floor beds. The victim may be agitated but will likely return to sleep, waking up immobilized - or not.

The Effect Of Snake Venom On Blood

Make no mistake, there are lots of myths on how to cope with just being bitten by a snake out there. Don't fall for any of them!

There is a video on Reddit, that shows how venom is extracted from a snake and its effect on human blood.

"Mot every snake venom does that. Some snake venoms such as that of a rattlesnake do the opposite and cause internal bleeding."

"Interesting note: the hinged, somewhat articulated fangs make me believe that this is a pit viper like rattlesnakes."

"you have a cup of blood, a random venomous snake, terrifying witch nails, and a violent housekeeper who is very passionate about their sweeping. this is like the beginning of a horror movie."

After a bite, patients should not move the affected limb and maintain their pulse rate as low as possible until they reach the hospital and receive anti-venom treatment, otherwise, the effects of snake venom on human blood may increase.