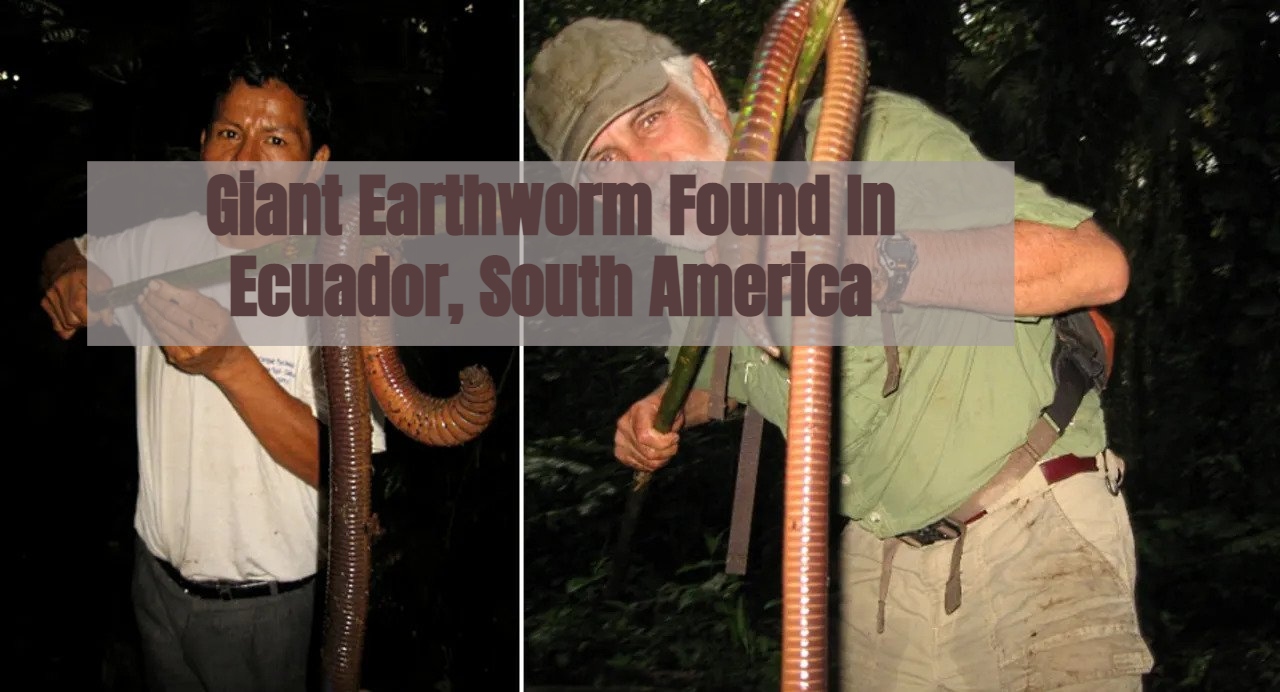 It is said that this giant earthworm found in Ecuador, South America which you can see above is approximately 1.5 meters long, which is nearly 5 feet long. It weighs more than 500 grams, which is more than one pound of chewy, wriggly worm for your enjoyment.

Project Noah is a website that solicits contributions from "citizen scientists" in the form of photographs, GPS locations, and as much more data as they can muster regarding fascinating species that they come across. 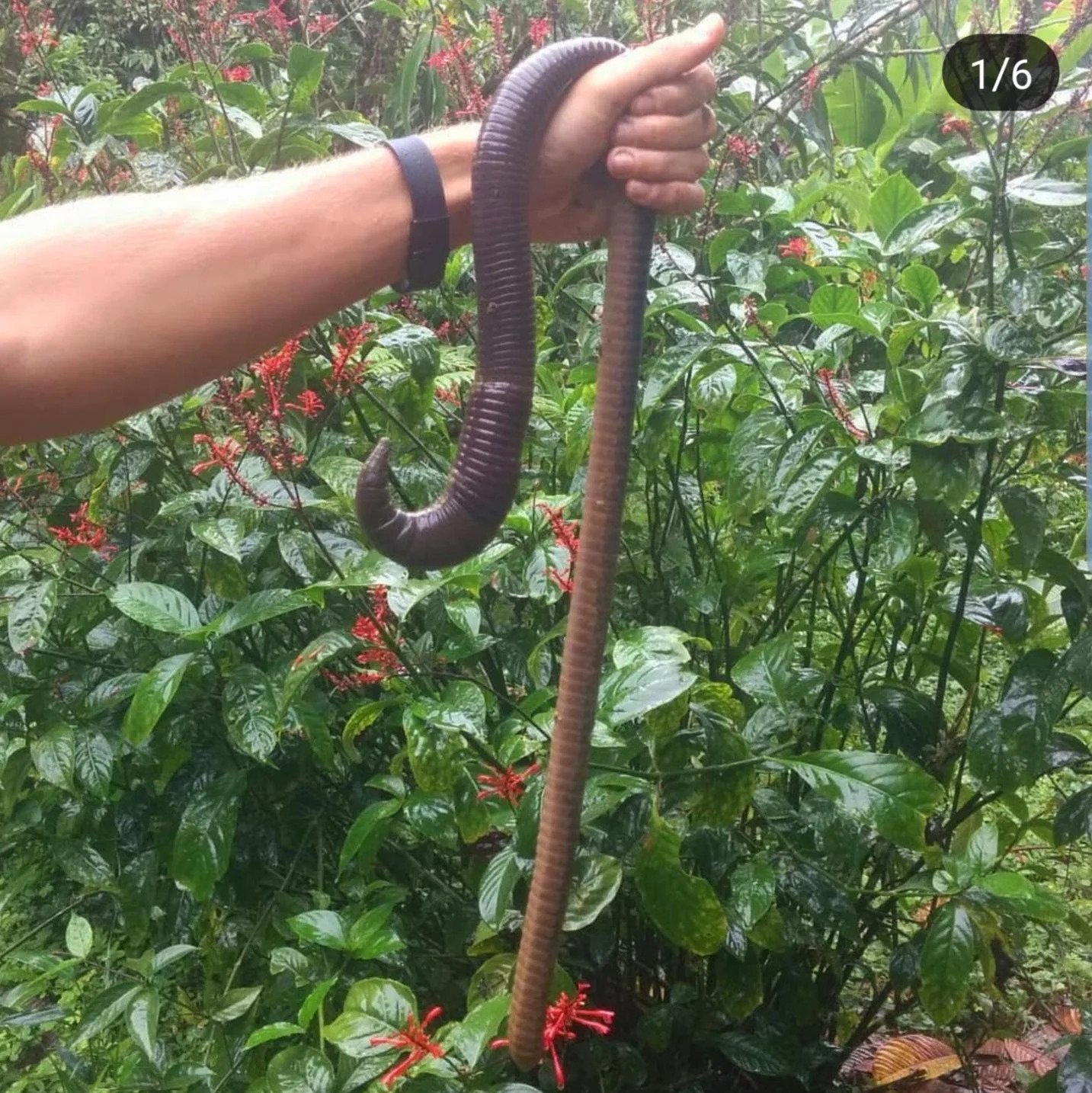 A man holding a giant earthworm in the forest

After recently uploading these photographs of a giant earthworm found in Ecuador, South America, user hoppy4840 set the Internet ablaze with their popularity.

In the description, he mentions that he discovered it in 2009 in the Ecuadorian lowlands at the base of the Sumaco Volcano.

We don't know if the photographs are real, but even if they are—and even if this worm is still alive—there are still some crucial things to think about before you start slathering it in Sriracha and eating worm tartare with your buddies.

According to Business Insider, eating farm-raised earthworms is perfectly safe; however, eating wild earthworms uncooked can expose you to a number of scary parasites that can gravely compromise your health.

An additional instance in point is that of a girl who, at the age of 16, accepted a dare to eat an earthworm.

This resulted in a fascinating case study that was published in an issue of Pediatrics in the year 2006. 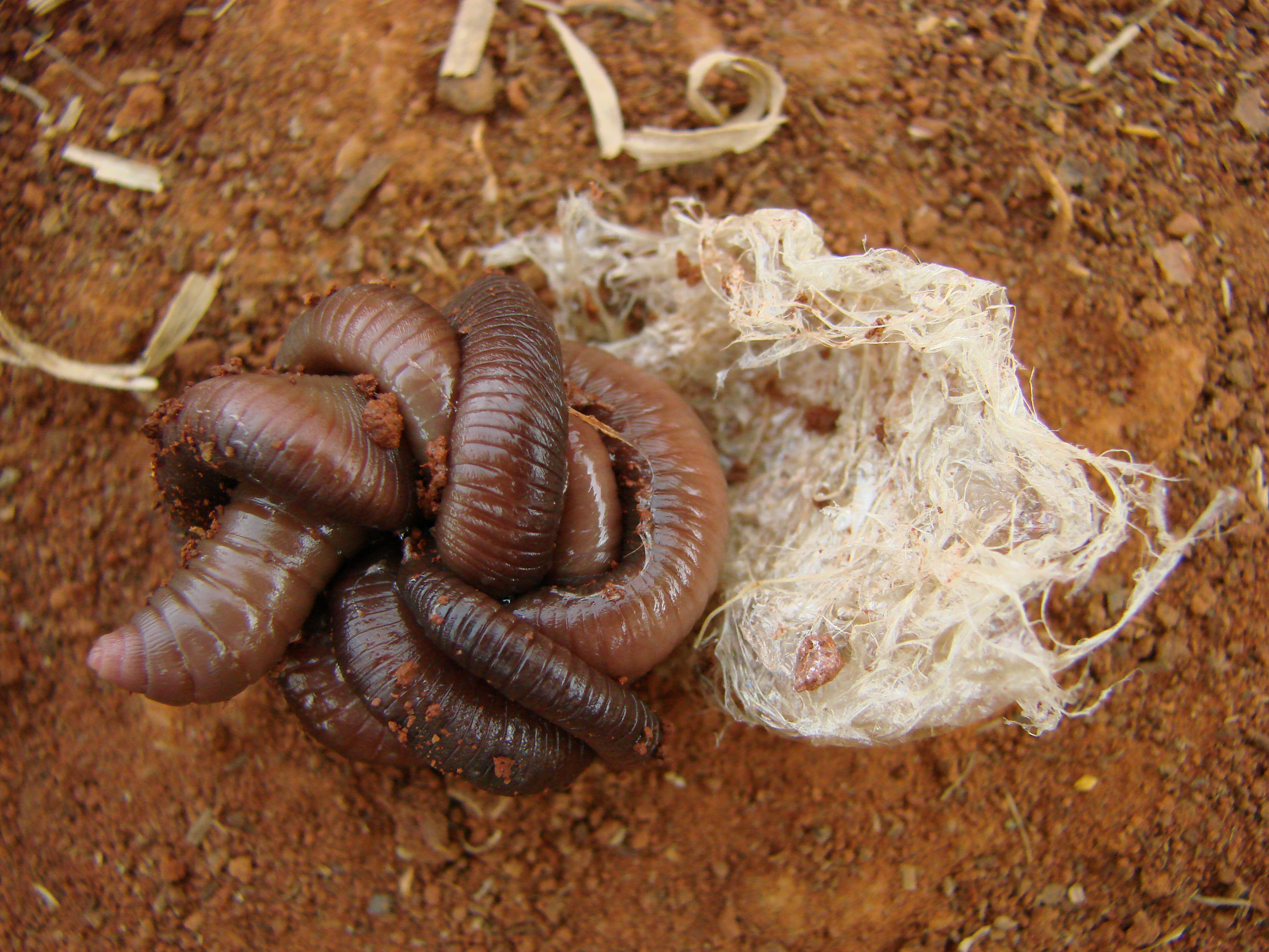 Large earthworm entangled itself on the ground

In other parts of the world, entomophagy, or the practice of eating insects, giant underground worms, and other arthropods as food, is rather common.

In North America, on the other hand, the practice is just starting to be recognized as a viable option for obtaining nutrients.

In recent years, research on this subject has been published in several places, including the New York Times and websites like Entomophagy.com.

However, you should probably cook it before eating it. It's enough to simply bread and deep fry some earthworms to make them taste rather decent.

Scientists are often surprised by the enormous earthworms that can be seen in South America.

Regrettably, not everyone is able to embark on the journey required to witness the creatures in person.

This is where the intrepid group of explorers and scientists led by Phil Torres comes into play.

The team gets up and personal with a slimy native of the Amazon in the brief film that can be found below and was posted by Gizmodo. 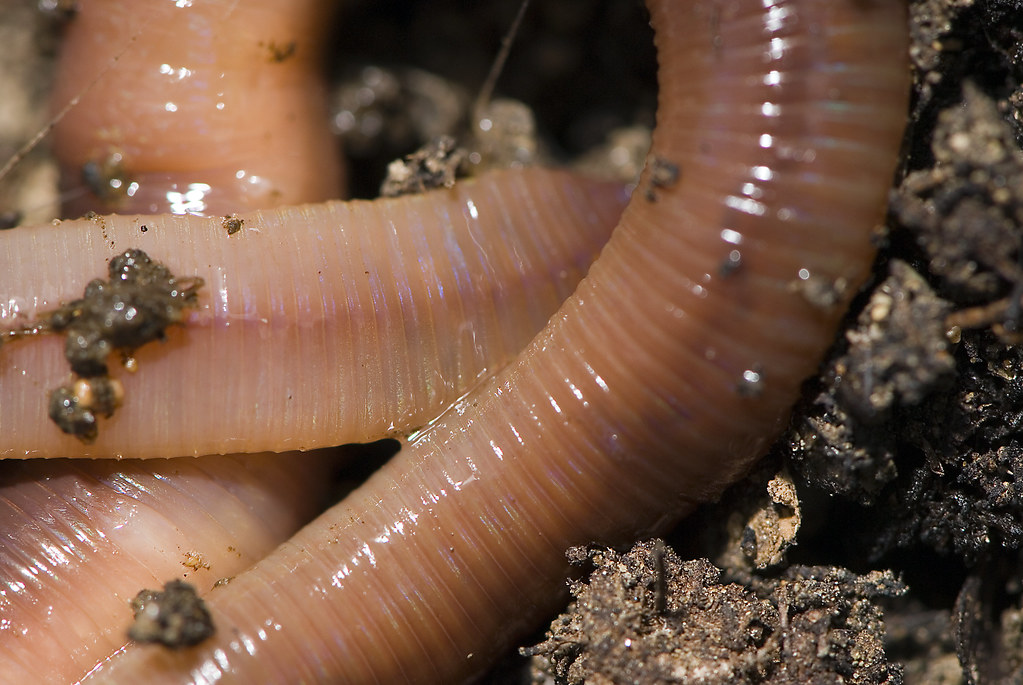 A close up view of giant earthworm

Torres and his crew were traveling across Ecuador when they came across a big earthworm that was slowly making its way across the road.

The enormous worm, which belongs to the genus Martiodrilus and measures approximately one and a half meters in length can be found rather frequently in the Amazon.

Although the species of earthworm that Torres identified is significantly larger than the common garden worm, it is not the largest earthworm that may be found in the United States.

In 2014, the website Project Noah, which emphasizes the efforts of citizen scientists, was able to capture a Martiodrilus earthworm that was far larger, significantly thicker, and weighed in at more than a pound.

Giant Gippsland earthworms, which can grow to be 9 feet long, can be found slithering over a 150-mile area in the southeast part of Australia.

This location is located in the country's southeastern region.

Check that video below.

How Big Can An Earthworm Get?

The mature length of an earthworm can range widely depending on the species; it can be as short as half an inch or as long as a nearly 10 ft earthworm. You'll have to travel to the tropics in order to come across one of the later monsters; they don't live anywhere in the United States. The maximum height of the homegrown varieties is approximately 14 inches.

According to Reddit user, moving0target, "Vietnam has similar. When a helicopter lands on open ground, the vibrations trigger the worms' response to rain which is to come to the surface. Imagine a medevac chopper landing and worms show up as if to say, "No, wait! He's ours!""

Where Can You Find Giant Earthworms?

The Giant Gippsland Earthworm can be found in the alluvial soils in depositional zones to the north and southwest, as well as in the deep blue-grey clay-like soils that are found over Cretaceous rocks in the western Strezlecki Ranges. There is a common association between the earthworm and creek banks (especially smaller tributaries of the Bass River).

What Is The Largest Earthworm?

The Microchaetus rappi of South Africa is the longest earthworm in the world. On a route that connected Alice and King William's Town in 1967, a massive specimen that measured 6.7 meters (21 feet) in length when naturally stretched and 20 millimeters (0.8 inches) in diameter was discovered.

What Are The Big Worms Called?

Would you ever try to eat this giant earthworm found in Ecuador, South America? Sorry, but it is a big NO from me.

Have you heard about the greater short-horned lizard?