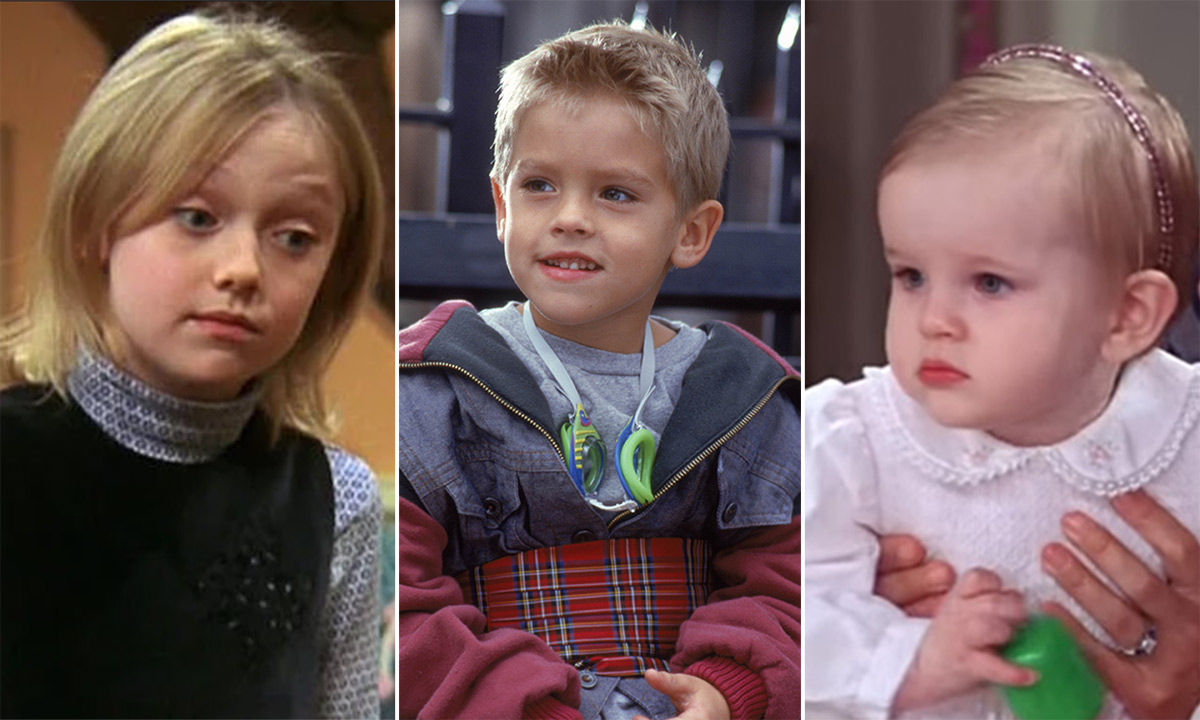 Do you remember a simpler time when we used to watched a group of twenty-somethings grapple with relationships and the clichés of current day life? No it’s not Love Island, I am, of course, talking about Friends!That show was fantastic.

The classic sitcom was recently in the news due to Emma's upcoming 18th birthday. Could you possibly feel any older?!

Let's take a look at what the other Central Perk kids are up to now in honor of Emma's big day. 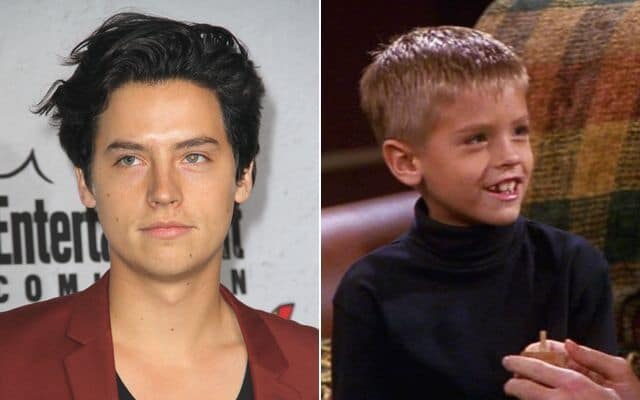 Four actors are credited with playing Ross and first wife Carol’s son, with the first being Michael Gunderson who played a really small Ben in season 2.

He was replaced for seasons three to five by twin toddlers Charles Thomas Allen and John Christopher Allen, and they in turn were replaced with Cole Sprouse, who played him in most episodes, including the one where he pranks Ross with the help of Rachel. Sprouse went on to feature in Disney Channel’s sitcom The Suite Life of Zack and Cody with his twin brother Dylan, followed by spin-off The Suite Life on Deck. Now he’s a certified stud and can be seen strutting his stuff in Riverdale. 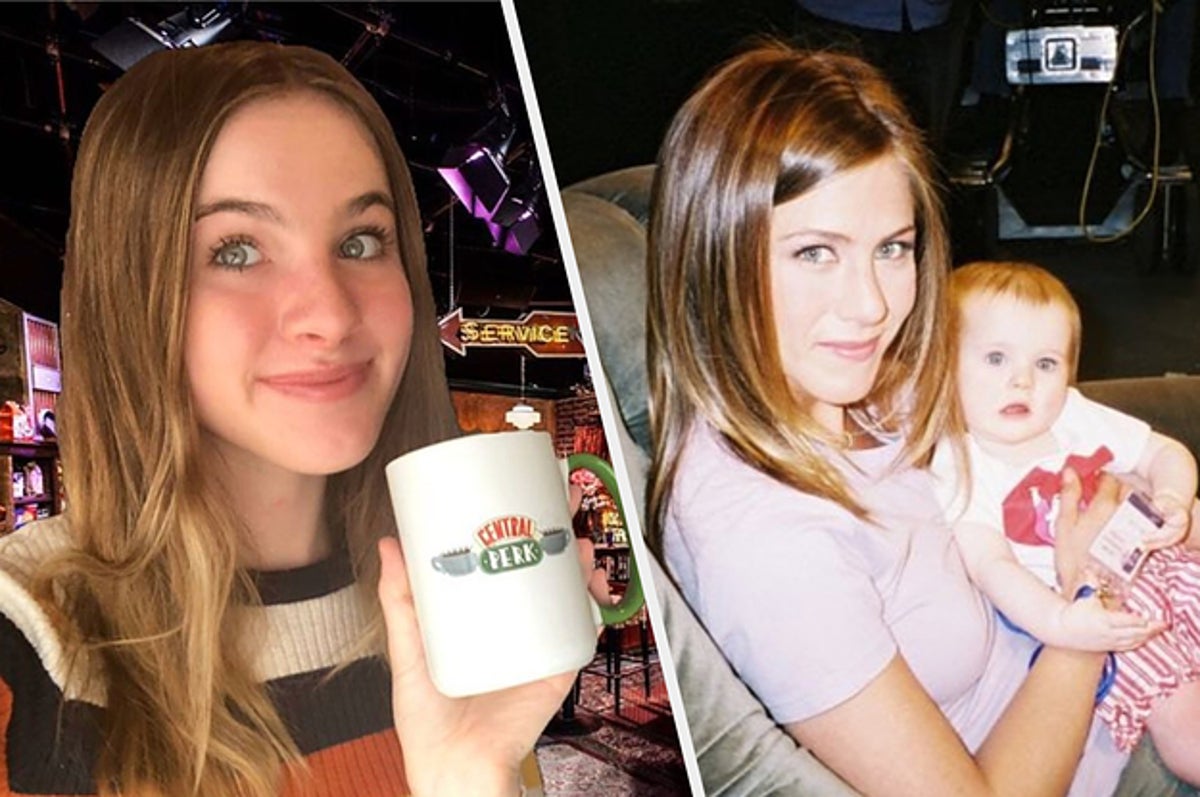 A girl holding a cup and another woman holding a baby

From her first appearance and throughout the show’s ninth season, Emma was played by two different sets of twins – Elizabeth and Genevieve Davidson, and Alexandra and Athina Conley. However, another pair of twins, Cali and Noelle Sheldon, were swapped in for the final series of Friends in 2004.

The Sheldon sisters featured in a number of short films since, but their appearance in Jordan Peele’s Get Out follow-up, Us, is their biggest gig to date. 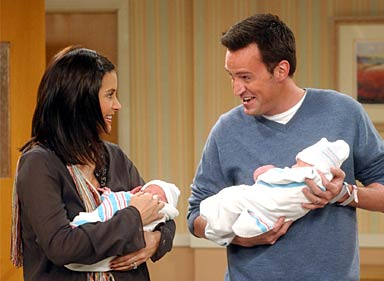 A man and a woman holding a baby each

These now fourteen year-olds only appeared in Friends‘ two-part series finale. The infants playing the twins were never credited on-screen, so it’s anyone’s guess as to what they look like now. 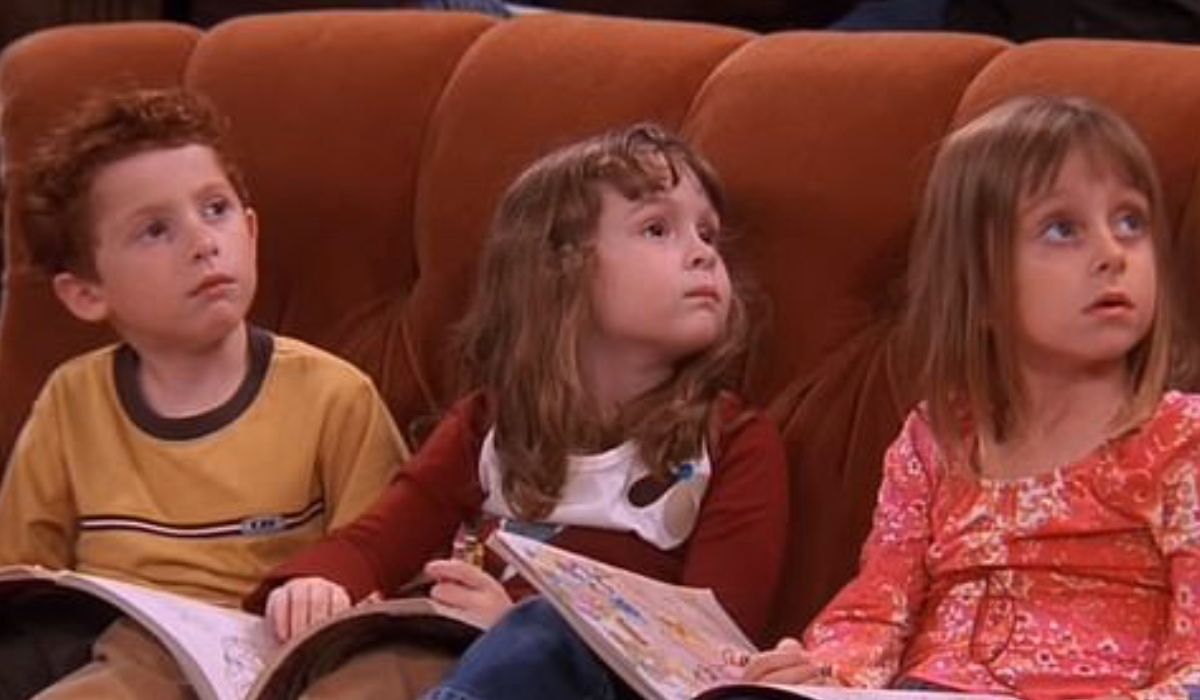 Amazingly, Phoebe’s brother’s triplets – who she gives birth to – would be 20 now.

The original babies are uncredited, but when they were older they got all the credit they deserved. When they appeared in the episode ‘The One With Joey’s Porsche’, they are actually played by quadruplets: Alexis, Cole, Justin and Paul Cimoch, as seen below at their graduation in 2017.

They were recast in The One Where Ross Is Fine, with Dante Pastula playing Frank, Sierra Marcoux playing Chandler, and Allisyn Ashley Arm playing Leslie. Pastula went on to appear in 2004’s The Polar Express and Ablution in 2007, which also starred Marcoux, while Allisyn Ashley Arm has featured in Disney Channel sitcom Sonny with a Chance (2009-2011) and its spin-off So Random! (2011-2012). The 22-year-old is also currently in NBC sitcom A.P. Bio as high-schooler Heather, which returns in March.