High-IQ Individuals - Meet These Genius People Who Ever Existed 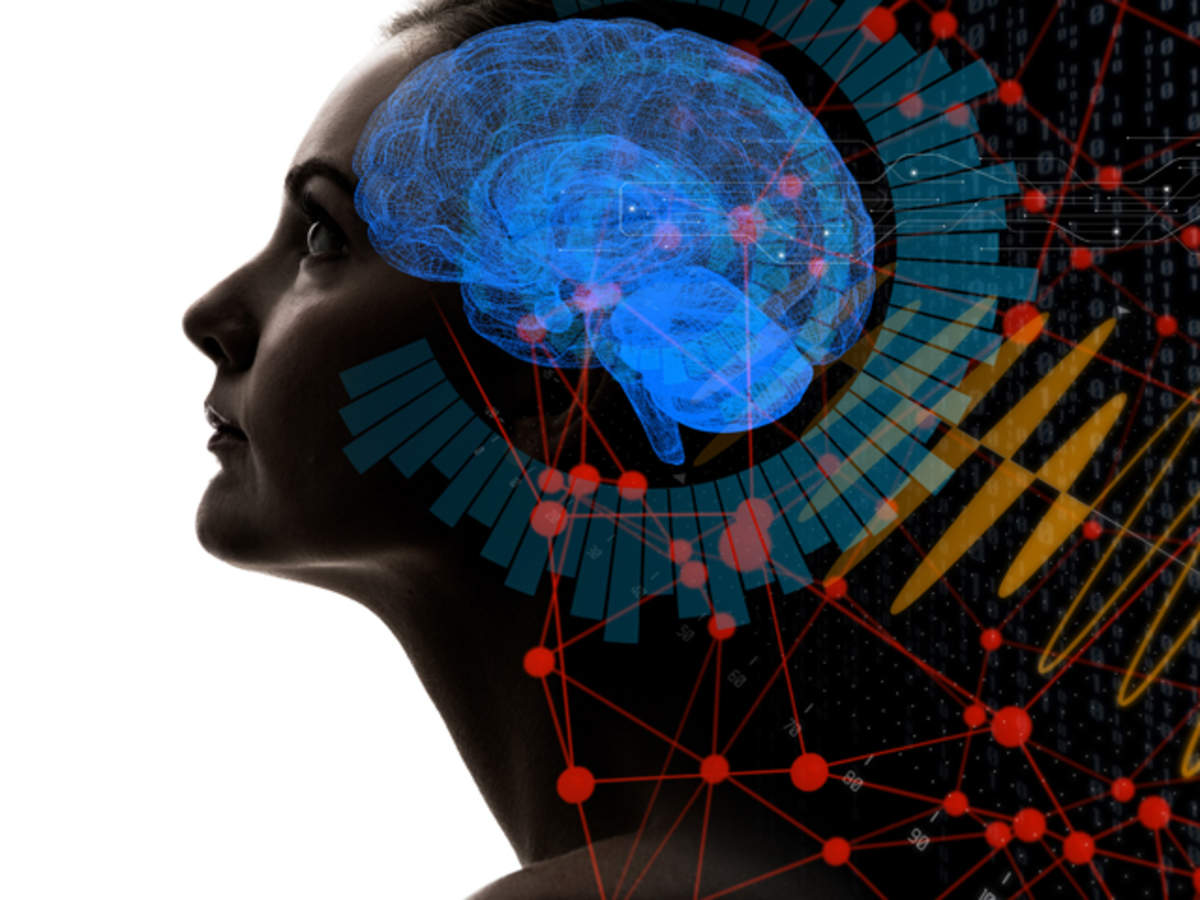 The majority of us fall somewhere between the ages of 85 and 114, but if your IQ is at least 140, you're considered an intelligent individual.

If you get more than 160 points on an IQ test, congratulations! You are now in the world of high-IQ individuals!

This trait is not shared by many people, but it does exist and can be found among us.

This article will introduce you to amazing people who are extremely intelligent and score higher than the average human IQ.

You will also learn about their remarkable life achievements.

However, before we begin, let us define intelligence and the characteristics that it possesses.

Even though intelligence is one of the most widely discussed topics in psychology, there is no agreed-upon definition of the concept.

A number of researchers have supported the hypothesis that intelligence is a unique, all-encompassing skill.

Several different points of view on the subject say that intelligence is made up of many different skills, abilities, and talents.

The majority of currently accepted definitions of intelligence seem to imply that it is the capacity to learn lessons through experience, recognize problems and challenges, and have the ability to solve them.

Human intelligence, as defined by the Britannica Encyclopedia, an English-language general knowledge encyclopedia written by well-known and reputable authors,

Human intelligence, mental quality that consists of the abilities to learn from experience, adapt to new situations, understand and handle abstract concepts, and use knowledge to manipulate one’s environment.

Many people thought that you were stupid or foolish if you couldn't solve math problems and understand abstract ideas.

But intelligence is a whole idea that can be broken down into three parts that the author will talk about later.

Let's go through to our main topic, which is high-IQ individuals and their remarkable achievements.

Adragon De Mello earned a computational mathematics degree from the University of California, Santa Cruz in 1988, when he was 11 years old.

He was the youngest college graduate in American history at the time with an IQ of 400.

He did 21 hours of coursework each week in physics, political science, calculus, astronomy, and meteorology, which is far more than the average workload for college students.

At the time of the interview with Morley Safer, Adragon Mello had just turned 10 years old. He stated:

I like doing the things they have in college, like finding - doing calculus formulas and finding out how the weather works, finding out what the real raindrop looks like.

His father known as Agustin De Mello shared some fashinating facts about his son and said:

He can probably earn doctorates...in several areas - physics, astrophysics and science education. And probably by the time he's 16 or so, start teaching. He's just always reeling off facts, little obscure facts that's he's picked up and just remembered. He remembers everything, which tells me that he's very concentrated. At that moment that he's on that idea, his mind is completely there. And that's why he absorbs it. That's why it stays.

Ainan is a child genius from Singapore who gave his first public lecture when he was only six years old.

A year after passing the General Certificate of Secondary Education (GSCE) chemistry test at the age of seven, he entered Singapore Polytechnic to study chemistry at the tertiary level.

At six months old, Cawley was able to walk and form complicated words, according to his parents, Valentine Cawley and Syahidah Osman.

Even though he is just 8 years and 4 months old, most of his classes have been at the third year level.

Ainan is the world's youngest chemistry O-level holder, according to the Singaporean Book of Records.

By the time he was 9, Ainan could also remember the periodic table and tell you the value of pi to 518 decimal places.

The evidence may be seen in the video down below.

William James Sidis, who was born in America, is thought to have had an IQ of between 250 and 300.

Boris and Sarah, his parents, were both quite intelligent.

Sarah was a doctor who went to Boston University School of Medicine (BUSM) and got her degree.

While, Boris is a well-known psychologist who made notable contributions to the study of psychopathology.

At the age of eight, Sidis was already fluent in eight different languages, some of which included Greek, English, and Russian.

Sidis was accepted to Harvard University when he was only nine years old; but, in order for him to be legally enrolled in the college, he had to wait until he was 11 years old.

Since then, Sidis attended Tufts University, where he spent his time fixing textbook errors and poring over Albert Einstein's theory of relativity.

In 1909, he was regarded as the brightest of a group of Harvard prodigies.

Sidis gave a lecture on four-dimensional bodies to the Harvard Mathematics Club in the same year.

Experts began to pay attention to him because of his deep understanding of the subject matter.

Sidis got his degree in mathematics from Harvard when he was 16 years old. He then went on to become an assistant professor of mathematics at Rice University.

In the end, Sidis passed away in the year 1944 in Boston at the age of forty-six from a brain hemorrhage.

Stephen Hawking was a British physicist who lived in Oxfordshire, England.

We all know about Stephen Hawking, the smart man who spent his whole life in a wheelchair.

Despite the disease's progressive disability, he continued to work.

As far as IQ is concerned, it is widely accepted that Professor Stephen Hawking shared Albert Einstein's IQ of 160.

Stephen Stephen made a groundbreaking discovery regarding black holes in 1974 that reverberated throughout the scientific community.

According to Einstein's theory, nothing, not even light, can escape from a black hole. That is why it is pitch black.

Stephen, however, found that black holes are not really all black.

Instead, they give off what we now call "Hawking radiation." This is because of the subtle effects of quantum physics.

In 1979, he was given the Lucasian professorship at Cambridge. Isaac Newton had held that job before him.

Let's face the fact that intelligence is often associated with Albert Einstein.

Einstein and his well-known equation for mass and energy equivalence, E = mc2, are both frequently mentioned in conversation and one of the most famous scientific formulas.

The issue is that no one truly knows for certain what Einstein's intelligence level was, but they assume that his IQ was 160.

There is no evidence to suggest that he was ever examined.

In fact, IQ testing was just getting its start at the time.

According to Dean Keith Simonton, who is an emeritus professor of psychology at the University of California:

If you google ‘Einstein's IQ’ you get plenty of results, but nothing that I would consider credible.

He is noted for his IQ score of 230, which has earned him the label "the Mozart of math."

Tao is widely regarded as one of the most brilliant mathematicians alive.

He is a professor of mathematics at the University of California, Los Angeles (UCLA).

It all started when he was 9 years old, when he aced the SAT math section and obtained his Ph.D. by the time he turned 20.

At 17, he got his degree from Australia's Flinders University and then went to the United States to study at the highly regarded Princeton University.

He was made a professor when he was 21

He now works as a mathematical engineer at NASA's Jet Propulsion Laboratory, which is an institute for space research.

A genius is someone who possesses exceptional intellectual or creative ability.

Certain physical characteristics are shared by the brains of people who are geniuses or have extreme intelligence.

This is the area of your brain that is in charge of computing and processing information.

30 Unusual Signs Of High Intelligence In A Person

The following are some of the 30 signs of a high intellect individual:

He was born in Vernal, Utah, and grew up in Warwick, Rhode Island, where he attended school.

He studied ophthalmology at the Massachusetts Institute of Technology.

Rowan is best known for his portrayal of Mr. Bean, the bumbling childlike character.

He received two degrees in electrical engineering after attending Newcastle and Oxford Universities.

He earned a degree in history and literature from Harvard University.

He was a gifted writer from an early age, winning a national award while still in high school.

While at Harvard, he contributed to the Harvard Crimson and the comedic Harvard Lampoon.

A score of 116 or higher is considered above average. A score of 130 or higher indicates a high IQ. Mensa, the high-IQ society, admits members who have an IQ of 132 or higher.

Part of a person's IQ is their ability to think logically, connect different ideas, and store and recall information.

The Intelligence Quotient, also known as IQ, is a test that evaluates a person's level of comprehension.

If your intelligence is average, you can solve math problems, remember information, and remember what you've already learned.

Emotional intelligence, or EQ, is the ability to understand both your own feelings and the feelings of others.

Also, if you have an EQ, you can be able to make effective use of your emotional experiences to influence your thinking, behavior, and interpersonal relationships.

When you've worked on your emotional intelligence (EQ), you'll be able to keep the peace with others, be on time, take responsibility, be honest, and respect the boundaries of others.

The author of the book "EQ Applied: The Real World Guide to Emotional Intelligence," Justin Bariso, gave you questions to help you figure out if your EQ is low or high.

The Adversity Quotient (AQ) is a way to measure how a person acts when they are in difficult situations.

Intelligence is, without a doubt, a necessary component of outstanding performance.

But a person's success isn't just based on what they've accomplished; it's also based on how well they can keep going when things get hard.

If a person has traits like high endurance, self-control, the ability to change, and persistence, it's likely that they have a high AQ.

What Is A High IQ Individual?

What Is The Person With Highest IQ?

Marilyan vos Savant is known as the smartest person in the world because she has one of the highest IQs (228). She is so smart that her name is in the Guinness Book of World Records.

How Do Geniuses Think?

High intelligence runs in families and is passed down. It is caused by the same genetic and environmental factors that determine how intelligent people are in general.

What Are Signs Of Low Intelligence?

Here are the signs that you have a low IQ:

A new study shows that both the shape of the brain and IQ can alter during the teenage years.

Researchers have discovered that a person's IQ can either increase or decrease over the teen years, and that the structure of the brain reflects either an increase or a decrease in IQ.

As you read this article about high-IQ individuals, you might think to yourself, "I wish I was as smart as them."

Although high intelligence is inherited, research suggests that certain brain-training activities can help you improve your intelligence.

Improving your memory, executive control, and visuospatial reasoning can all help to increase your intelligence.