Human Vs Bird Color Perception - The Secrets Are Revealed 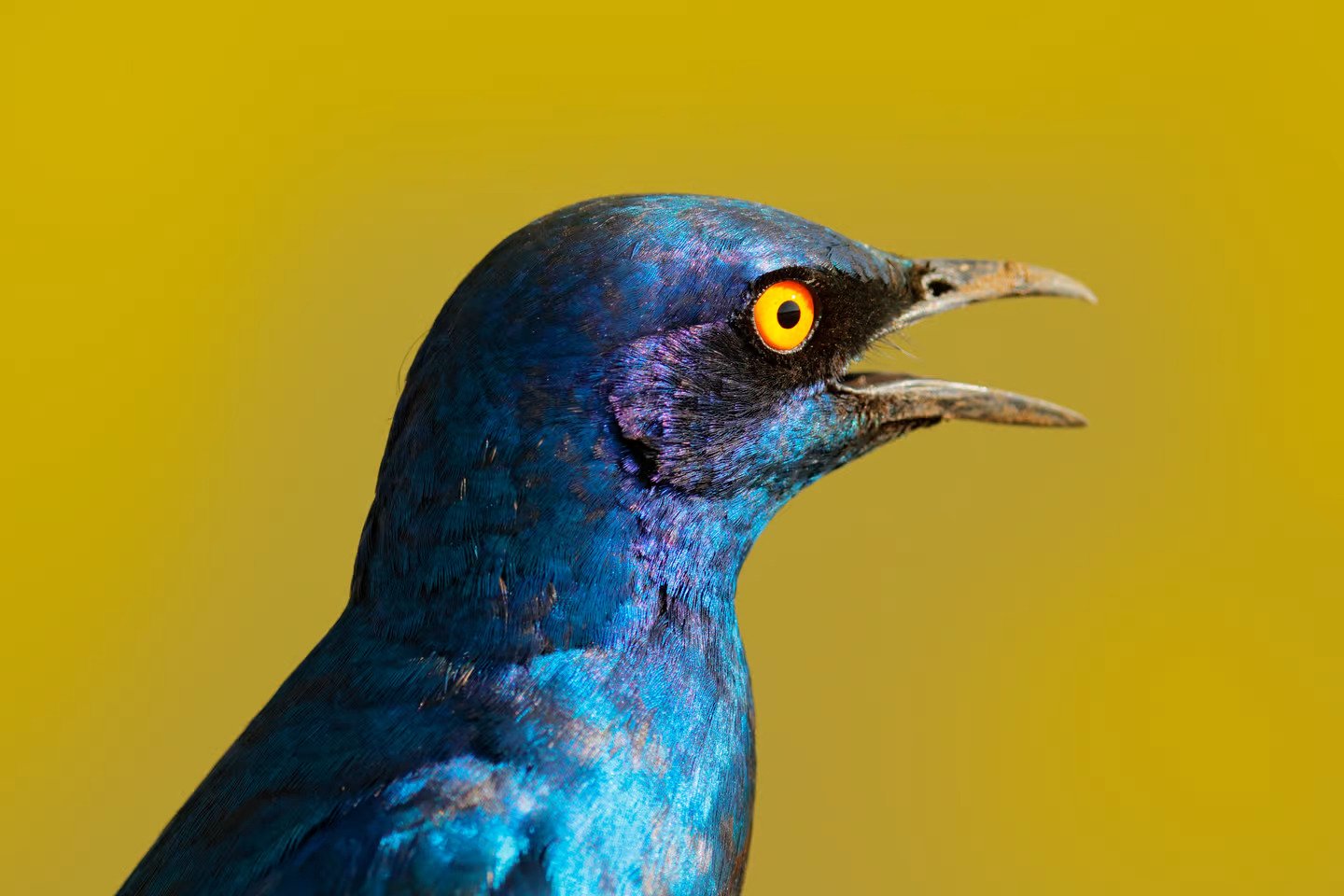 For a very long time, people were unaware of how birds saw the world around them. Recent investigations in the field of science have, thankfully, shed light on the astonishingly varied human vs bird color perception.

Without a shadow of a doubt, humans stand out from the rest of the animal kingdom.

Human's unique characteristics, such as large brains and opposable thumbs, have endowed us with extraordinary capabilities and made it possible to significantly alter the world around humans.

For example, humans invented space rockets, developed the concept of time, and built computers to solve problems that were beyond the ability to comprehend.

And despite the widespread belief that the human intellect is limitless, the reality is that there are some basic tasks that it is unable to perform due to its physical limitations.

Have you ever, for instance, tried to conjure up the image of a color that you've never encountered before? It is not even possible.

Even if we may not be able to perceive some colors, this does not mean that they do not exist. 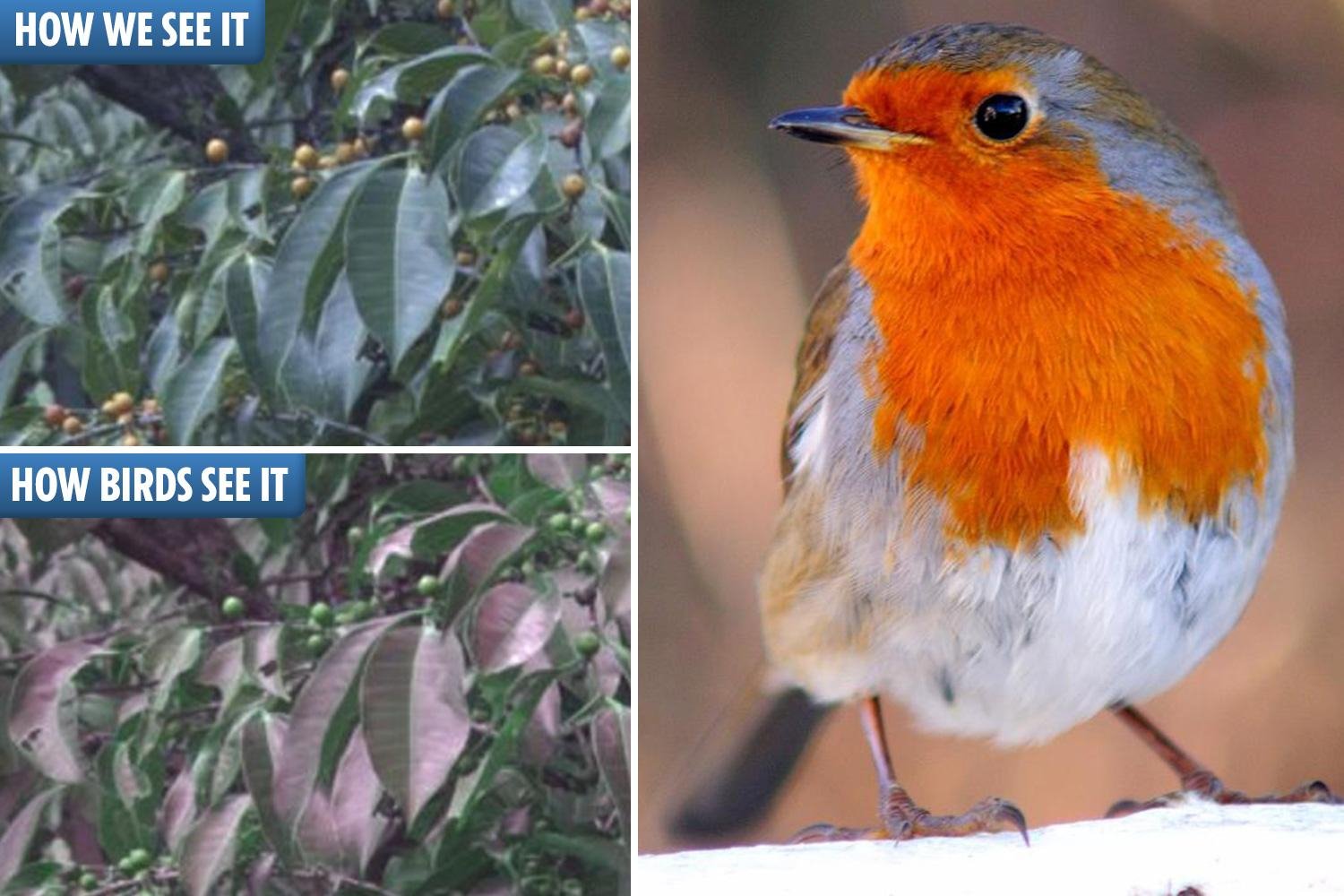 Human vs bird color perception can be defined as birds being able to see portions of the ultraviolet (UV) spectrum that are not visible to human eyes, which allows them to see a greater variety of colors than humans.

In addition to this, they have a higher visual acuity. They are able to filter wavelengths to establish minor variations between colors that are similar to one another, differences that people are unable to differentiate.

Birds have the ability to perceive all four fundamental colors, which are referred to as tetrachromats: red, green, blue, and ultraviolet.

In a scientific sense, ultraviolet light does not have a color, and the bright pink color used is merely for representation.

In 2007, researchers used a device called a spectrophotometer to examine the colors of 166 species of songbirds native to North America.

These songbirds did not appear to have any discernible morphological differences between the male and the female.

In 92 percent of them, males and females appear to be the same. This is based on the human perspective.

The research, however, demonstrated that these birds identify between males and females using colors that are just imperceptible to human eyes.

The male Yellow-breasted Chat, for instance, has a yellow breast (which is quite evident), but a bird's eye view also displays ultraviolet feathers on his chest that differentiate him from the females.

The notion was validated by a separate experiment in which researchers released taxidermied male and female Chats into the wild to observe how their living counterparts reacted to their presence.

Males behaved in a manner consistent with their instinct to defend their territory by attacking the taxidermied male Chats and attempting to woo the taxidermied females.

Therefore, it is clear that they could perceive something that the researchers were unable to. 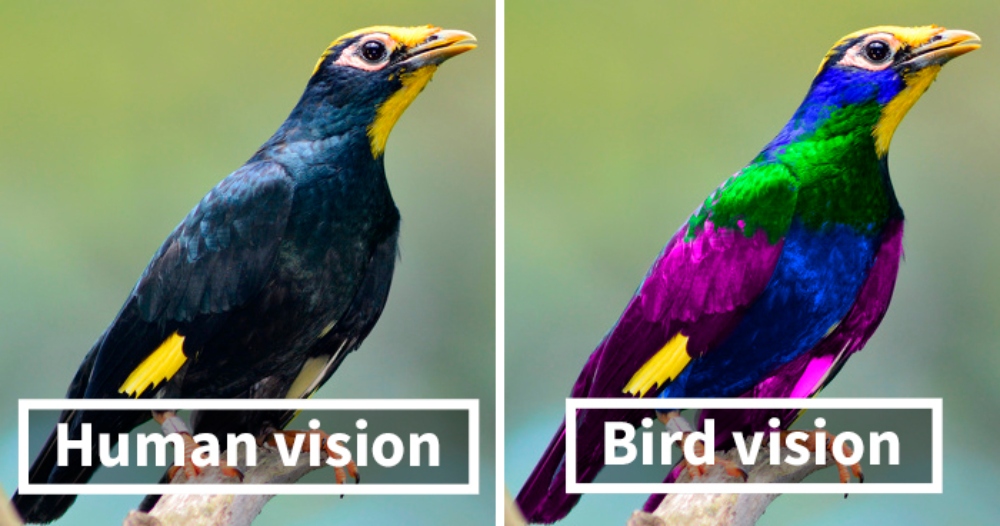 In the eyes of all living things, there are two distinct types of cells that are responsible for interpreting color and light, respectively, giving each animal the ability to see.

Cones, which are present in the retina, are the cells in the eye that are responsible for color perception

As opposed to the three types of cones that are present in humans, birds have a total of four.

Birds that are active throughout the day (diurnal) have the greatest number of cones and the highest developed color vision.

It is not as important for nocturnal birds (birds who are active during the night) to be able to differentiate between different colors.

As a result, many birds that are most active during the night have a higher number of rod cells in their eyes.

Rod cells are important for capturing the quantity of light that is available, which enables nocturnal animals to capture more light and see better in low light circumstances, however it is possible that they do not perceive colors as clearly. 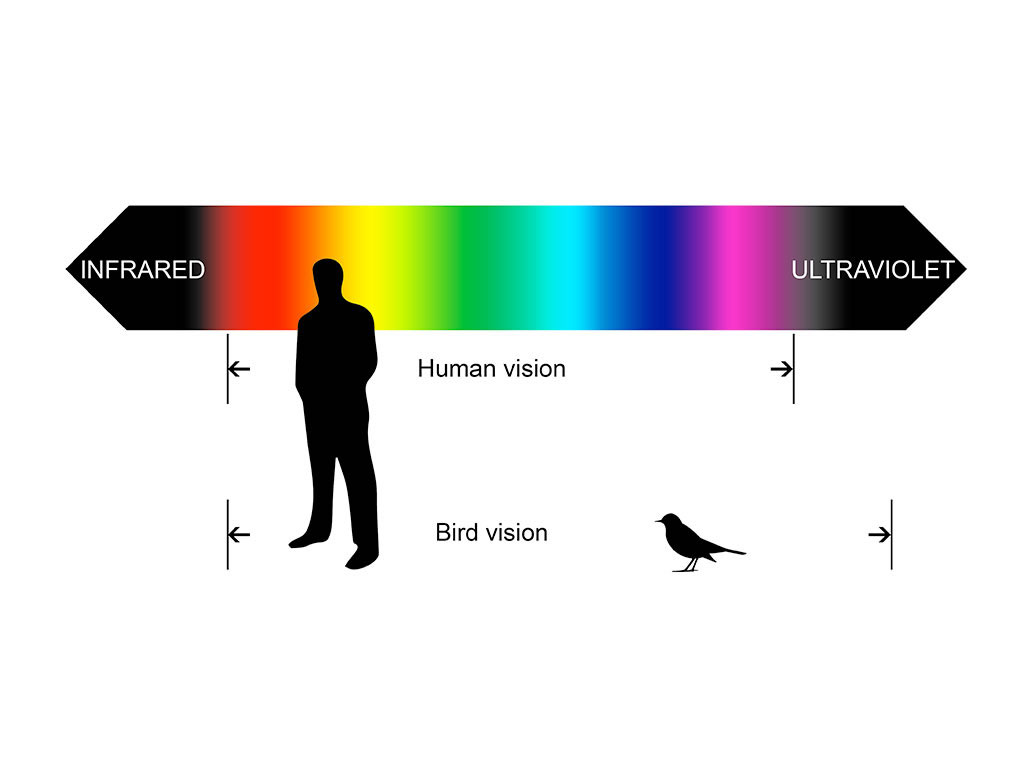 Color spectrum showing the vision of humans and birds

Why Is Ultraviolet Light Important For Bird Vision Color Perception?

Birds' color vision relies heavily on their capacity to detect ultraviolet light, making this sense of sight a vital trait.

For a considerable amount of time, ornithologists believed that birds saw colors in the same way that people do.

This led to the assumption that many aspects of bird behavior were difficult to comprehend.

This was the case right up until the sensitivity of birds to UV light was discovered in the 1970s.

The capacity of birds to sense UV light alters their perception of many aspects of their surroundings, despite the fact that it is physically impossible for humans to distinguish between these nuances under normal conditions.

Many different kinds of berries and fruits have waxy coatings that reflect UV light, which causes them to stand out vividly among the green greenery.

Even while the contrast between a red berry and a green leaf appears to be quite strong to human eyes, it is significantly enhanced for birds, which makes foraging a great deal simpler for them.

Birds have a distinct advantage when it comes to locating certain insects and flowers that reflect UV light, as this helps them find potential food sources.

In addition, UV light is used as a hunting tool by raptors.

The pee splashes and tracks left behind by mice, squirrels, and other rodents are used to mark their territory.

When viewed in UV light, these splatters are very noticeable.

When hunting, raptors have the advantage since they are able to determine the precise location of their prey, giving them a better chance of success even if the prey itself is not visible.

When viewed under UV light, some brood parasite eggs have markings and colors that are quite similar to those of the host bird eggs.

This makes it extremely difficult to differentiate between the two types of eggs.

This enables the bird to recognize that the egg is not their own and gives them the ability to reject the foreign egg.

For instance, the eggs of a Common Cuckoo and those of a Great Reed Warbler are remarkably similar to one another; hence, the host mother needs UV light in order to distinguish the eggs apart.

The UV pattern may be a determinant for those species that do not accept unwanted eggs, despite the fact that not all species that host brood parasites would reject undesirable eggs.

A Reddit user RurikTheDamned shared information, 'A thing I learned is that the powdery coating on blueberries and other fruits is an adaptation. It glows in uv light that birds can see in and is basically a big neon sign so they come and eat the fruit and spread the seeds."

Embarassed_Alarm450 explained about UV and IR lights, "I know it's a joke but supposedly things like birds and I think some form of shrimp can literally see more colors. Like, all we can see is red, green, and blue, primary colors, but every other color like orange or yellow is just a blend of those. Meanwhile shrimps literally see 13 primary colors or something like that.

Our brains couldn't even comprehend what they see, like how do you even imagine another color... Sort of like "what does infrared light look like?", we literally can't see infrared nor can we comprehend what it looks like. We have night vision goggles which can pick up infrared light but it cheats by digitally swapping it out with visible light on the screen, us seeing night vision isn't "actually" what infrared looks like, same with ultraviolet..."

Bird Vision - What Birds See (and you can't!)

How Do Birds See Compared To Humans?

Consider that birds have a visual acuity that is anywhere from two to eight times better than that of humans. It is dependent on the particular species of bird being discussed.

Not only are birds capable of seeing more details in the spatial dimension, but several species of birds are superior to humans in terms of their ability to recognize patterns in the temporal, or time, dimension.

Only nocturnal species, like owls and other birds that are active at night, cannot distinguish between different colors. They have a light reflector located in the back of their retinas, which allows them to see in low light. Birds have the ability to perceive ultraviolet light and can detect visual patterns that humans can only see with the help of supplemental external filters.

The answer is that birds perceive many more colors than people can, but birds also have the capability of seeing many more colors than they really have in their plumage. This is an ironic response. As a result of the presence of extra color cones in their retinas that are sensitive to the UV spectrum, birds are able to detect hues that are not discernible to humans.

What are your thoughts on human vs bird color perception? Do you want to see the world through a bird's vision? Just wait for the day when science is able to do that.

Have you heard about the Scolopendra Gigantea?