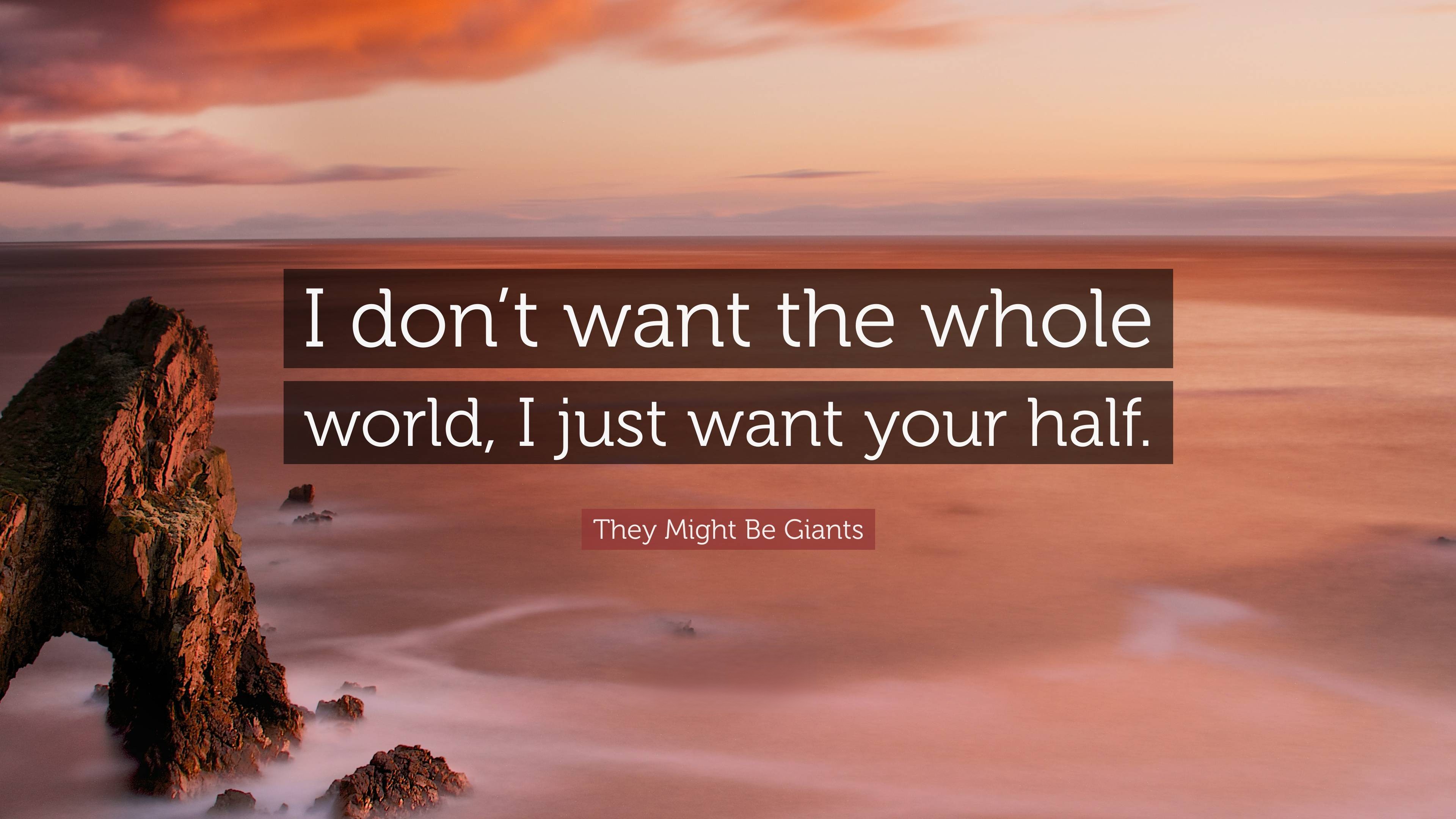 The line, “I don’t want the world I just want your half”, has several different meanings like a romantic one, an emotional one, and more, which are discussed later in the article.

This song is about fictional lovers in another part of the world and their story is left incomplete. It is a bit of a quirky song.

It`s all executed electronically in conventional TMBG pop style, however, it adds the human details and emotions within the lyrics of the song. 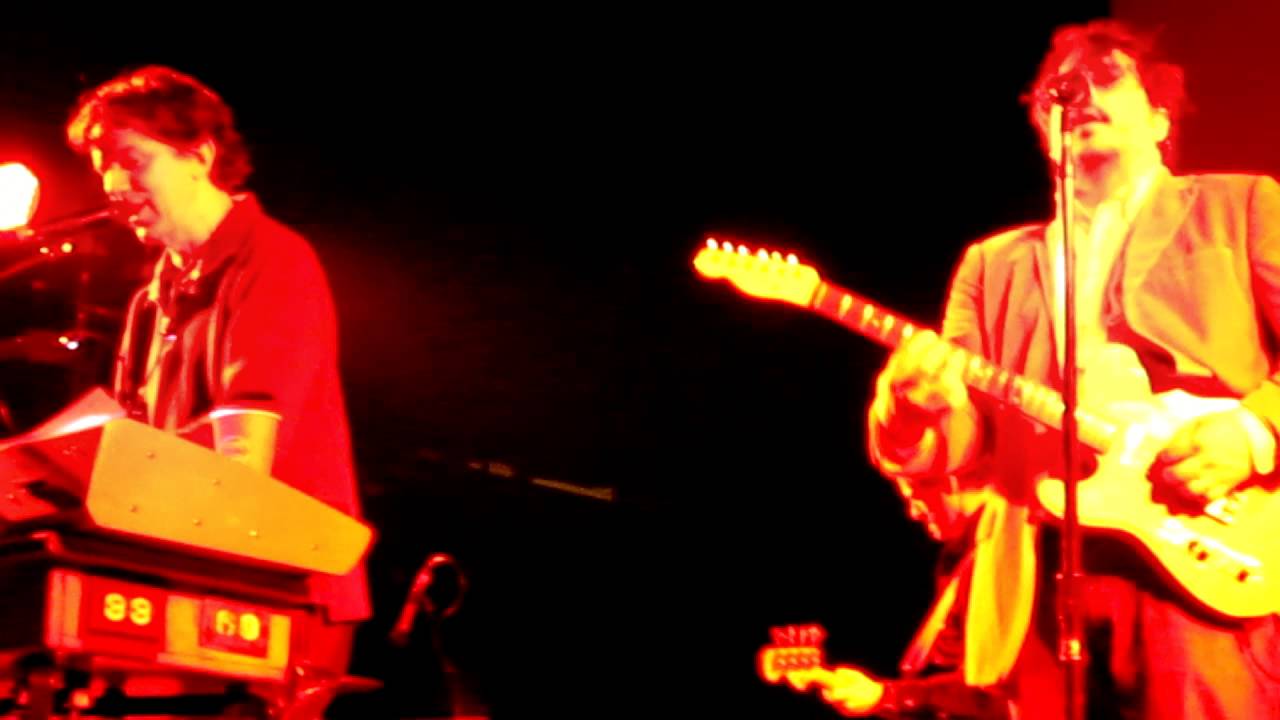 They Might Be Giants band performing in a concert

The Story Behind Ana Ng Name

I've read some of the stories behind the song, but most believe that Johns searched the New York phone book and happened to find that there were too many "Ng" entries in the telephone directory of NYC.

I think I was collecting possible song ideas and, for some reason, I ended up looking in the phone book, and there were about four pages of this name that contains no vowels, Ng. I was fascinated because it's a name I didn't know about before, and it was filling up a large chunk of the Manhattan white pages. I called up some of the numbers kind of experimentally to find out how it was pronounced, and I got the phone machine of a Dr. Ng and I was kind of relieved. The message said, "Dr. Ng is not in," and I had my material.

"Ana Ng" as commented by the They Might Be Giants band, would be a very common name for girls.

Then they followed up on this with a story about soulmates on the other side of the world where speakers may or may not meet.

The song is set at the 1964 World's Fair in New York City, attended by TMBG co-founder John Linnell as a child.

The lyrics have some references to this. “All alone at the ’64 World’s Fair”, “Eighty dolls yelling ‘Small girl after all`”, and “Who was at the Dupont Pavilion?”

But the best lyrics are given below that explain the distance between the two characters:

Make a hole with a gun perpendicular

To the name of this town in a desk-top globe

Exit wound in a foreign nation

Showing the home of the one this was written for

My apartment looks upside down from there

Water spirals the wrong way out the sink

And her voice is a backwards record

Really, the direction and choreography are pretty cool. It's very easy to see the gun pointed at Earth, shooting a bullet in New York, and coming out somewhere in Southeast Asia (it is likely to be a reference to Vietnam instead of Singapore).

Earth is the most important prop in the story. Without it as a reference, it would be hard to imagine someone on one side of the world looking at an upside-down apartment on the other side ... or why as water is flowing from the sink in the wrong direction. Can you see it?

The "relationship" between the speakers and their estranged soulmates is fairly clear throughout the chorus song.

Ana Ng and I are getting old

"I Don't Want The World, I Just Want Your Half" Meaning

But the part that always confuses me is the section just before the bridge where the phone rings.

I don’t want the world, I just want your half

What does that really mean when you consider the details of the story? I think this is a normal TMBG habit.

Since there are only two people in the story, only the other half should belong to the speaker (thus getting the missing half). It looks like war separated the two lovers. The other lover is crying because their story just ended in the most brutal way.

As a whole different meaning for these lyrics (one of my favorites and one I use often), "I don't want the world, I only want half of you." 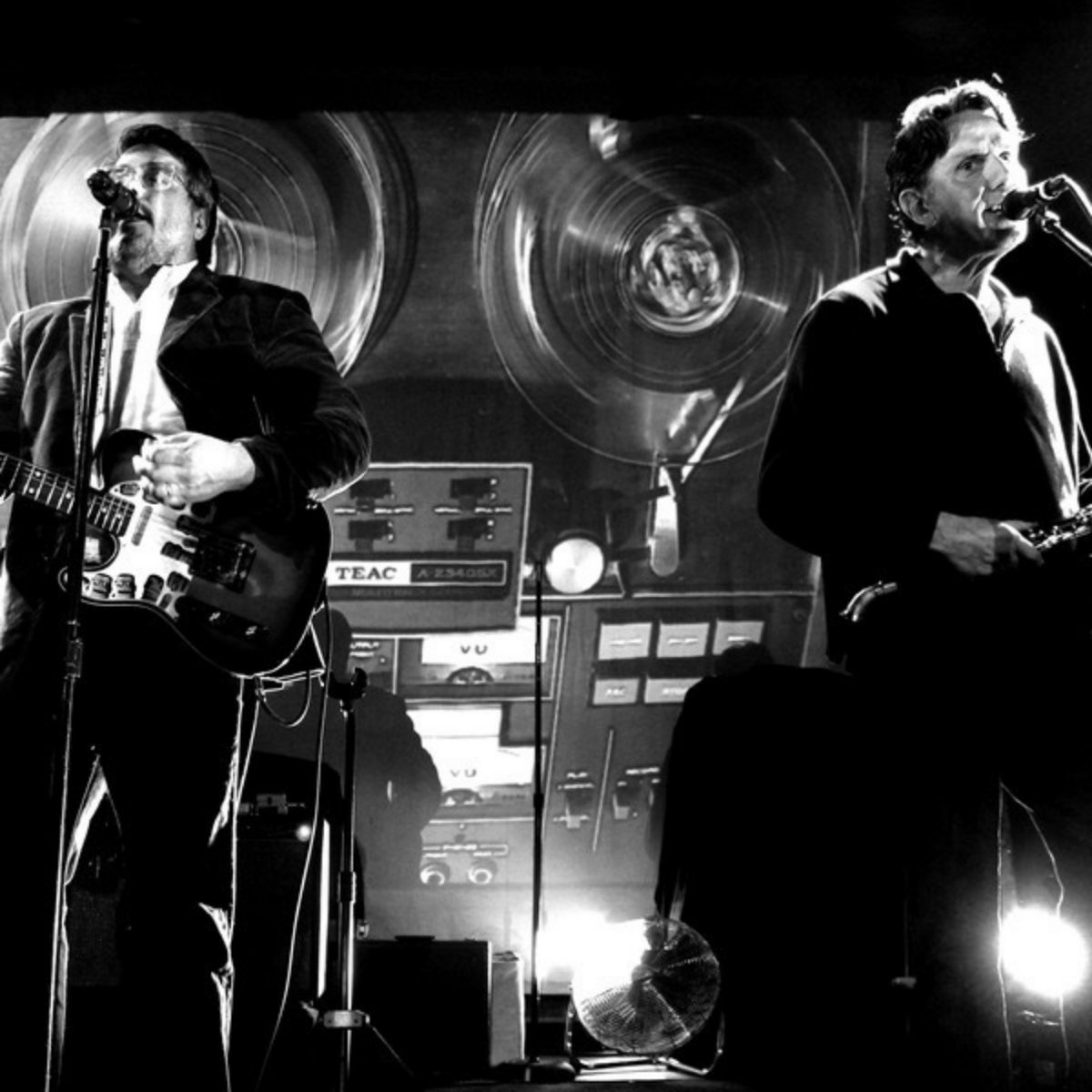 TMBG band performing in a concert

As a woman, I associate it with the way couples often promise this in relationships. If you ask me what I want, I'll say that don't give me the world, just give me your share.

It's a little greedy, given what kind of half I am talking about. It could be sharing physical things like food and things, or subjective things like sharing the heart and the mind.

But I'm not sure about that. Anyway, when I hear it, it still sends chills to my spine.

The track is quite high-quality as well. Sure, it`s not anything mind-blowing in its complexity - however, what a terrific hook in the primary portion is (you know, the portion that goes “bum-ba-bum bum ba-bum-bum bum-bum).

Furthermore, the swell up to the bridge section continually grabs me and prepares me for John`s emotive phrase.

Finally, this song is a really great opener. Packed with great pop hooks, in stark contrast to the next track, Cowtown.

Cowtown is a goofy song about manatees that incorporates more of the avant-garde side of TMBG.

Why Did John Choose Ana Ng Name In The Song?

John chose Ana Ng when he was searching for ideas and he found it was the most common name in the NYC telephone directory. TMBG thought it would be a common name and that more people can associate with it.

Who Directed The Video Of The Song?

The video was directed by Adam Bernstein and was filmed at the FDNY Training Academy on Randalls Island, New York City. John Flansburgh's grandfather and Linnell's great-grandfather are featured throughout the music video.

Is The Famous Line Of The Ana Ng Song Really Said Through Telephone?

John and John's friend Lisa Klapp said on a phone call, "I don't want the world. I want only half of you," and then it was recorded. During live performances, bands are known to change bridges in different ways.

Overall, it's a ridiculous little song that deviates a bit from the usual pattern of TMBG's playful artsy pop to be a little more emotional.

The music was great, it was easy to stick to the listener's head, and the lyrics especially “I don’t want the world, I just want your half” was great.