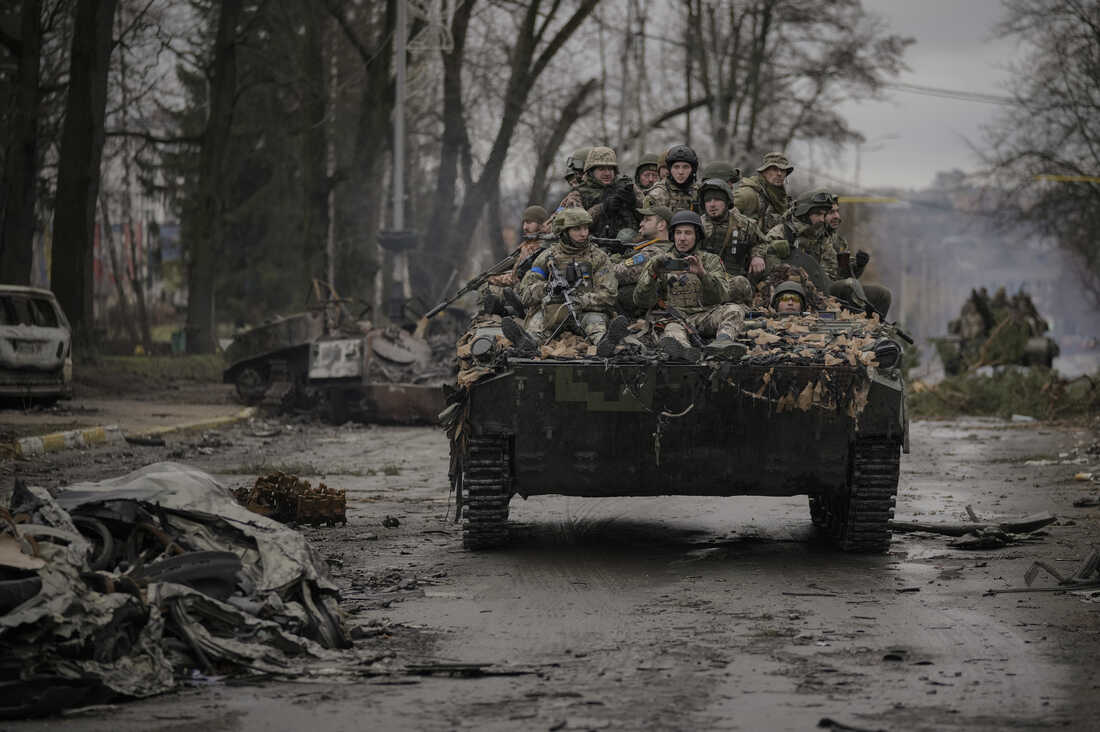 According to reports, Russia warns U.S. not to deliver further weapons to Ukraine or suffer "unpredictable repercussions." Russia warned the United States this week in a formal diplomatic note that US and NATO transfers of the "most sensitive" military systems to Ukraine were "adding gasoline" to the crisis and may have "unpredictable repercussions."

The message, which was given to the State Department, highlighted Moscow's displeasure with President Biden's decision to continue authorizing military deliveries as the fight advances to eastern Ukraine. It utilized the same rhetoric that Russia has been using for some time to criticize Western efforts to strengthen Ukraine's military against invading Russian soldiers. 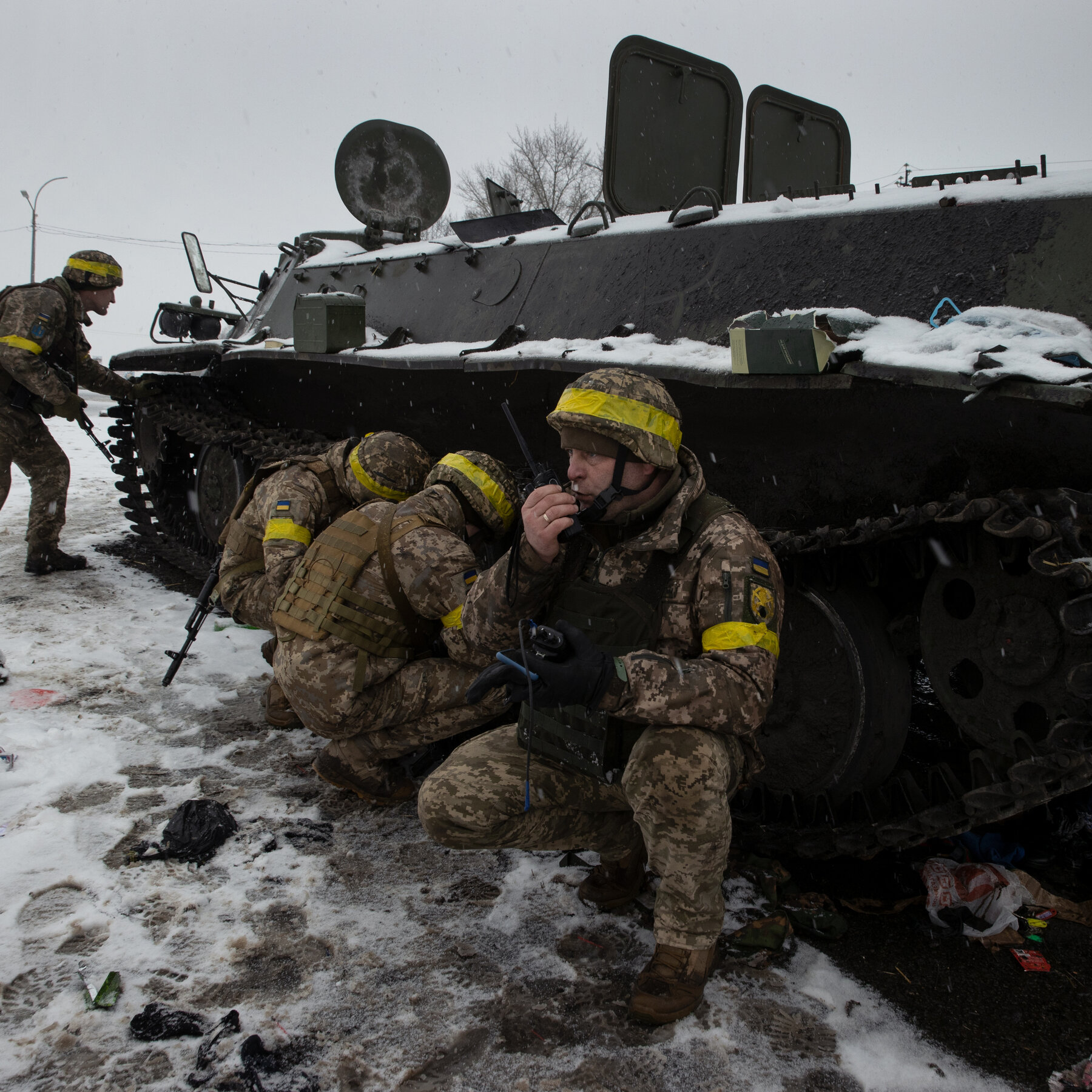 On April 13, Russian soldiers stormed the Ilyich steel mill in Mariupol, one of two places where Ukrainian defenders are fighting for their lives. According to the mayor of Kharkiv in the east, Russian bombardment has increased. The United States announces an $800 million tranche of military equipment deliveries to Ukraine, increasing Washington's total military aid contribution to $2.5 billion. According to US President Joe Biden, US military help is "essential in continuing [Ukraine's] struggle against the Russian invasion."

According to Russia's Deputy Foreign Minister Sergey Ryabkov, NATO trucks carrying humanitarian supplies to Ukraine will be deemed lawful targets. Biden's vow of more weaponry comes only one day after he dubbed the Russian incursion a "genocide."

“I called it genocide because it has become clearer and clearer that Putin is just trying to wipe out the idea of being able to be Ukrainian and the evidence is mounting,” Biden told reporters in Iowa.

On April 14, Ukraine claims to have sunk the Russian Black Sea Fleet's flagship ship, Moskva, using two Neptune missiles. Russia accepts that the Moskva sank while being hauled to dock due to an accidental fire on board, but it denies that Ukraine launched an attack. According to a previous notification, the ship's crew was evacuated, but it is unknown what happened to the approximately 500 service staff on board the Moskva. Ukraine's interior minister's assistant, Vadym Denysenko, contradicts Russia's assertion made a day earlier that his country's marines had abandoned Mariupol in its entirety.

Russian rockets struck a site on Kyiv's outskirts on April 15. Russia claims the attack is in retribution for the sinking of the Moskva the day before.

"The frequency and size of missile strikes against Kyiv targets will rise in reaction to any terrorist actions or acts of sabotage performed by the Kyiv nationalist government on Russian territory," the Russian defense ministry warns in a statement. Russia formally declares the seizure of the Ilyich steel factory in Mariupol. According to Zelenskyy, his troops have made victories, but the work before them is huge. 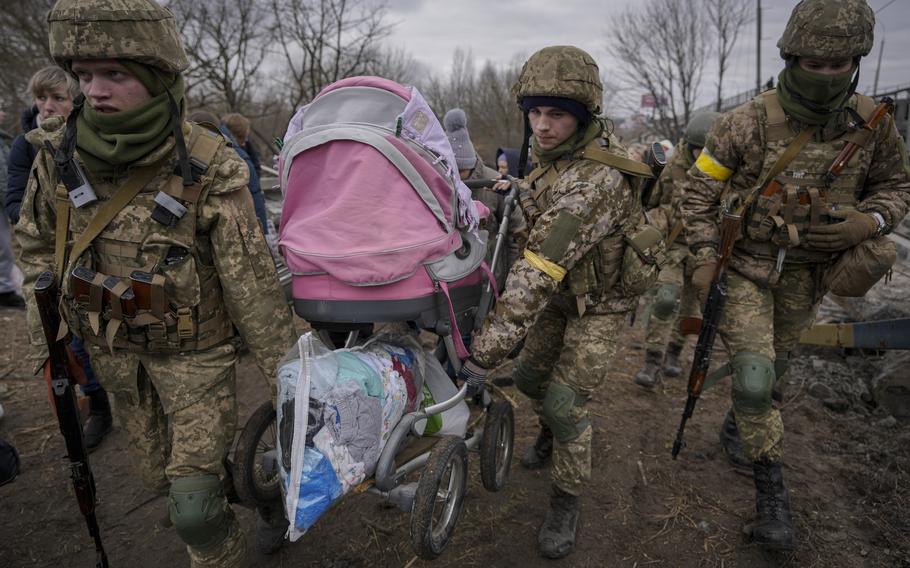 On April 16, Russia claims to have shot down a military cargo jet delivering Western-supplied weapons to Ukraine's Odesa area. Moscow further says that its armed forces have "destroyed 67 locations of people concentration" as well as a large amount of Ukrainian military equipment. According to the ministry, the Russian military currently controls the Mariupol port. According to the defense ministry, "the remnants of the Ukrainian group are today entirely blocked on the area of the Azovstal metallurgical facility." According to the government, 1,464 Ukrainian soldiers have surrendered so far, with no more than 2,500 remaining in the Azovstal steelworks.

Russian soldiers start a fresh large-scale attack in east Ukraine to retake full control of the oblasts of Luhansk and Donetsk on April 18. Russian soldiers fighting on a 500-kilometer front from Kharkiv to Mariupol concentrate their firepower on Popasna, Marinka, and Rubizhne. According to a Ukrainian security council spokesman, Ukrainian soldiers are holding out and the Russians have only taken over Kreminna and another minor town.

The Russian defense ministry proclaims a cease-fire and establishes a humanitarian corridor to the Azovstal steel complex to allow Ukrainian defenders to surrender on April 19. Russia said it will provide three convoys, each with 30 cars, buses, and ambulances. According to Mariupol municipal adviser Petro Andryushenko, Russian soldiers did not map off the route, and the offer was most likely a ruse.

According to Kyiv, Ukrainian fighters in the port city are still fighting. Russia is claimed to have used bunker-busting missiles, heavy bombs, and chemical and biological agents to extract defenders from tunnels said to run beneath the Azovstal plant. According to a US defense source, seven planeloads of military equipment bound for Ukrainian forces would be deployed in the next 24 hours.

The diplomatic maneuver came as President Biden approved a dramatic increase in the scope of weapons provided to Ukraine, an $800 million package that included 155 mm howitzers — a significant upgrade in long-range artillery to match Russian systems — coastal defense drones and armored vehicles, as well as additional portable antiaircraft and antitank weapons and millions of rounds of ammunition, that is why recently, Russia warns U.S. to stop helping Ukraine in regards with military aid.

The US has also supported the delivery of long-range air defense weapons to Ukraine, notably Slovakia's delivery of Russian-manufactured Soviet-era S-300 launchers, on which Ukrainian personnel has previously been trained. In exchange, the administration said last week that the US will deploy a Patriot missile system to Slovakia and will discuss with the country a long-term replacement.

According to the White House, the United States has committed $2 billion in military aid to Ukraine since President Biden entered office. The most recent package of support this week includes 800 Stinger anti-aircraft missiles and 2,000 Javelins, as well as 155-mm howitzers, which will boost Ukraine's long-range artillery and allow it to compete with Russia. Last month, Congress authorized $13 billion in security assistance to Ukraine, which the White House may continue to use for more help.

The US is also supplying more anti-tank and anti-aircraft missiles, similar to those that have already contributed to the combat effort in Ukraine. Ukrainian-developed Neptune missiles are said to have destroyed the Russian Black Sea naval flagship Moskva on Thursday. The United Kingdom has offered to deliver more anti-ship missiles to replenish stocks. Military analysts think that Russia has been prevented from launching an amphibious landing at Odesa due to Ukraine's anti-ship missile systems.

According to Pentagon spokesman John Kirby, the diplomatic communication was dated Tuesday, the same day that knowledge of the latest armaments shipment emerged, bringing the total amount of US military aid delivered to Ukraine since the Feb. 24 incursion to $3.2 billion. Biden stated publicly on Wednesday that it will include "new capabilities geared against the larger attack we expect Russia to deploy in eastern Ukraine."

According to US authorities cited by the New York Times, the memo was transmitted through normal procedures and was not signed by any senior Russian officials. According to CNN, the formal communication implies that Russia is concerned about the United States' continuous material backing for Ukraine.

CNN also claimed that one person familiar with the paper believes the complaint indicates that Moscow is preparing to take a more aggressive position against the US and NATO as the invasion of Ukraine proceeds. Over the phone Wednesday, Biden informed his Ukrainian colleague Volodymyr Zelensky of the latest arms aid package, as Russia refocused its efforts eastward, to the new frontline of the seven-week-old battle.

"As Russia prepares to intensify its attack in the Donbas region, the United States will continue to provide Ukraine with the capabilities to defend itself," Biden said.

"This new package of assistance will contain many of the highly effective weapons systems we have already provided and new capabilities tailored to the wider assault we expect Russia to launch in eastern Ukraine."

According to Zelensky, he and Biden discussed an "additional package of defensive and possibly macro-financial help."

The latest help includes some of the heavier weaponry that Washington had previously refused to deliver to Kyiv out of fear of escalating the confrontation with nuclear-armed Russia, and it came on top of prior arms supply to the Ukrainian army.

According to The Washington Post, Russia warns U.S. that continuing to arm Ukraine will have "unpredictable consequences."

In Moscow, a foreign ministry spokeswoman acknowledged that Russia had written diplomatic letters to the US and other countries on the transfer of weapons to Ukraine, but she did not specify what the messages contained, according to the Interfax news agency.

"We call on the United States and its allies to stop the irresponsible militarization of Ukraine, which implies unpredictable consequences for regional and international security," the Post quoted Russia saying in a note to the United States.