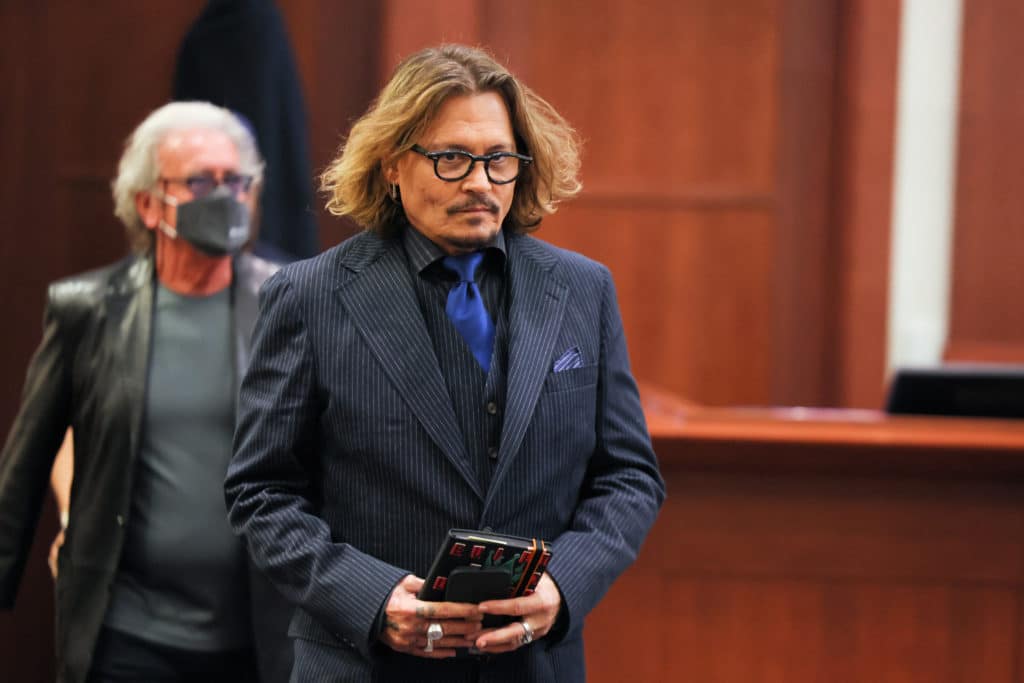 The 58-year-old John Christopher Depp II or also known as Johnny Depp is now in court to defend himself from multiple claims. This all started when his ex-wife American actress and activist, Amber Laura Heard, 35, filed for divorce from Depp after a year of marriage in 2016. Heard told the court that Johnny Depp defaced a painting by drawing a male organ on it. Aside from this, Depp is currently facing a lot of allegations from Heard. But how did it all come to this? Let us talk first about who Johnny Depp and Amber Heard are, how they met, and how they both ended up in the trial court.

Who Is Johnny Depp? John Christopher Depp II or Johnny Depp as what many people know, was born on June 9, 1963 in Owensboro, Kentucky. He is an American actor, producer, and musician. He is the youngest of four children born to Betty Sue Palmer, a waitress, and John Christopher Depp, a civil engineer. When Johnny was 15, his parents split, and his mother eventually married Robert Palmer, whom Depp has described as "an inspiration."

In 1979, at the age of 16 he became a rock musician. In 1980, Depp began playing in a band called The Kids. After some local success in Florida, the band changed its name to Six Gun Method and relocated to Los Angeles in search of a record deal. In the 1980’s Depp started his acting career. His first film role was in the horror film A Nightmare on Elm Street in 1984; he played the boyfriend of the main character and one of Freddy Krueger's victims. After that Depp became a part of numerous movies and projects, but what made him really known was when he starred in the Walt Disney Pictures adventure film Pirates of the Caribbean: The Curse of the Black Pearl, which was a major box office success. He earned widespread acclaim for his comic performance as pirate Captain Jack Sparrow, and received a number of awards, from Academy Award to Golden Globe, etc. Depp was one of the top movie stars in the world by 2012, and he was named the world's highest-paid actor by Guinness World Records.

Despite all this, he also had some career setbacks especially in 2018 when he was said to no longer be associated with Universal's Dark Universe series after Disney stated that he will not be cast in new Pirates installments. However, a petition was made to bring Depp back to the Pirates of the Caribbean franchise and reached its 500,000 signature goal. Some of his Pirate co-stars also expressed support for Depp returning to the role.

Who Is Amber Heard? 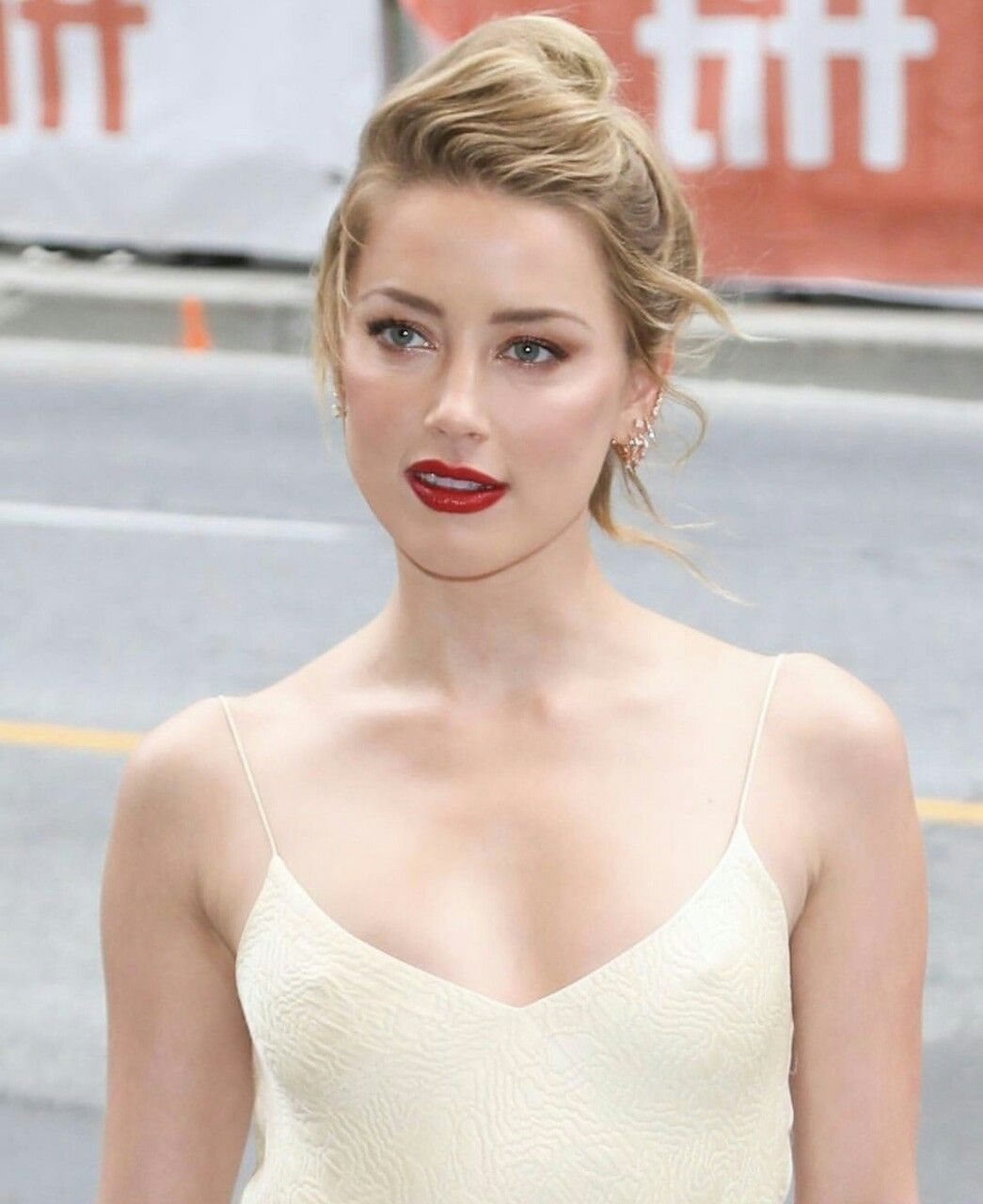 Amber Heard in a white dress

Amber Laura Heard, an actress and activist from the United States was born on April 22, 1986 in Austin, Texas. Patricia Paige, an online researcher, and David Clinton Heard, the owner of a small construction company, are her parents. She earned her first starring role in the 2006 horror thriller All the Boys Love Mandy Lane after a number of minor roles. Then after doing some supporting roles in the films Never Back Down in 2008 and Pineapple Express in 2008, she rose to prominence and gained mainstream recognition. Amber Heard also portrayed the role of Mera in the Aquaman movie in 2018 a fictional character in the DC Extended Universe. In that same year, Heard was appointed global ambassador for cosmetics giant L'Oréal Paris. Her next appearance will be in Aquaman and the Lost Kingdom, the sequel to Aquaman, which will be released in 2023.

How Did Johnny And Amber Meet? 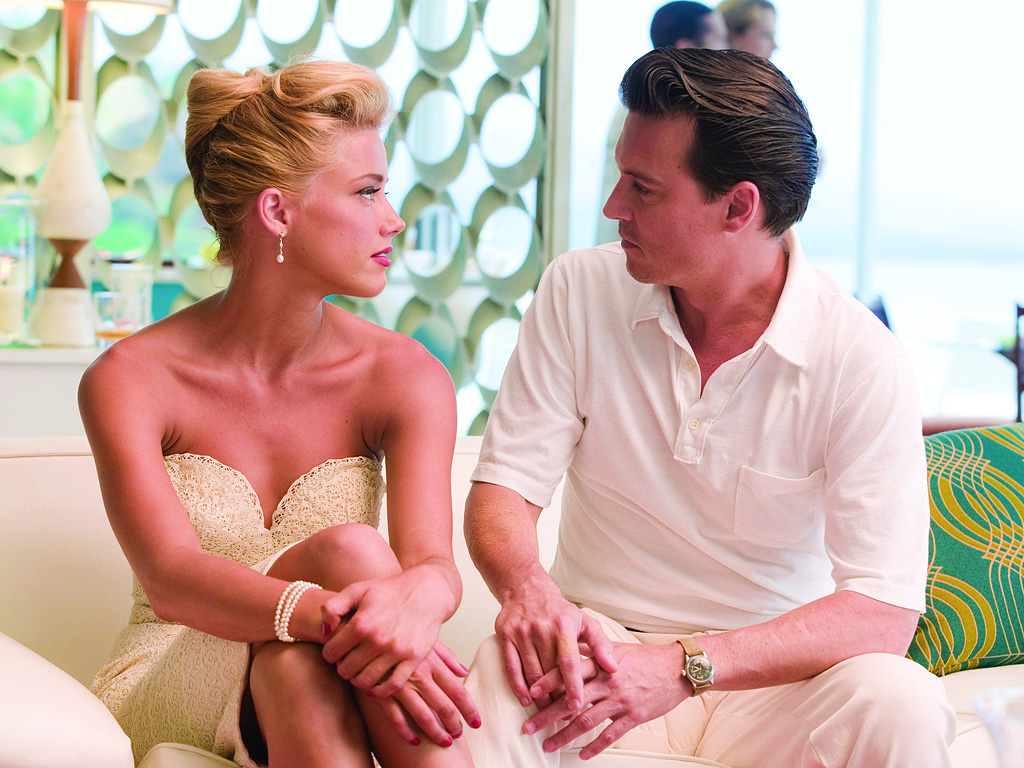 Since both Depp and Heard are active in their acting careers, it is not a surprise to many that they would be in some kind of relationship that later on ended into marriage. In 2009, Depp and Heard met on the production of the film "The Rum Diary." But before that, both Depp and Heard were both in a relationship. Depp was married to Vanessa Paradis and has 2 kids. However After 14 years together, Depp and Paradis decided to end things in 2012. In that same year Amber in late 2012, who at that time admitted as bisexual broke up with her ex Tasya Van Ree, but the pair are thought to have remained close even after Amber moved on.

According to a People magazine report from the time, Heard and Depp began dating in 2014 and later got engaged. In an interview Depp said about a particular scene in that movie wherein they have to kiss in a shower. "That moment, was, it was, it felt like something, it felt like something I should not be feeling," Depp said, explaining they were each in other relationships at the time. "I think there was something in the kiss in the shower that was real," he added.

Depp and Heard married in a private ceremony at their L.A. residence but the couple decided to wed again in a more extravagant setting on Depp’s private island in the Bahamas in 2015. Later that year the couple are caught violating Australia’s biosecurity laws after they bring their dogs, Pistol and Boo, into the country illegally. They made a public apology and encouraged the public to follow any country’s biosecurity.

After 15 months of marriage everything started to become complicated. After filing for divorce from Depp on May 23, 2016, Heard apparently arrived in court with a bruised face. Heard also gave court documents alleging that the Fantastic Beasts actor abused her on numerous occasions while under the influence of drugs and alcohol. Depp and Heard settled their domestic violence case out of court in August. Heard got a $7 million settlement as part of their divorce, which she donated to charity. 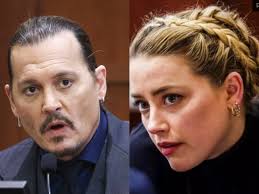 Johnny Depp and Amber Heard filing their claims in court

The case has been ongoing since then. Cutting the story short The Pirates of the Caribbean star took the stand recently in his defamation trial against ex-wife Amber Heard, which started in Virginia a few weeks ago. From various allegations Depp is facing right now, one actually caught the attention of the public. It was said that Johnny Depp defaced a painting by drawing a penis on it. Though Depp admitted that after his finger was injured he dipped the injured finger in paint and wrote some sort of messages on their apartment, he denied drawing a penis on a painting. Depp told the court that after his finger was severed after Heard threw a bottle of Vodka, he went into some sort of shock or whatever is closest to a kind of nervous breakdown. This statement was used by Heard’s lawyer to justify that he could have done the allegation. Once more Depp disagreed and said that drawing a penis on a painting was not the first thing on his mind. He had messages to write, reminders. He also said that given that he had written some messages on the bathroom mirror and then Ms. Heard added to them, it’s also not impossible Ms. Heard may have drawn a penis on a painting somewhere. 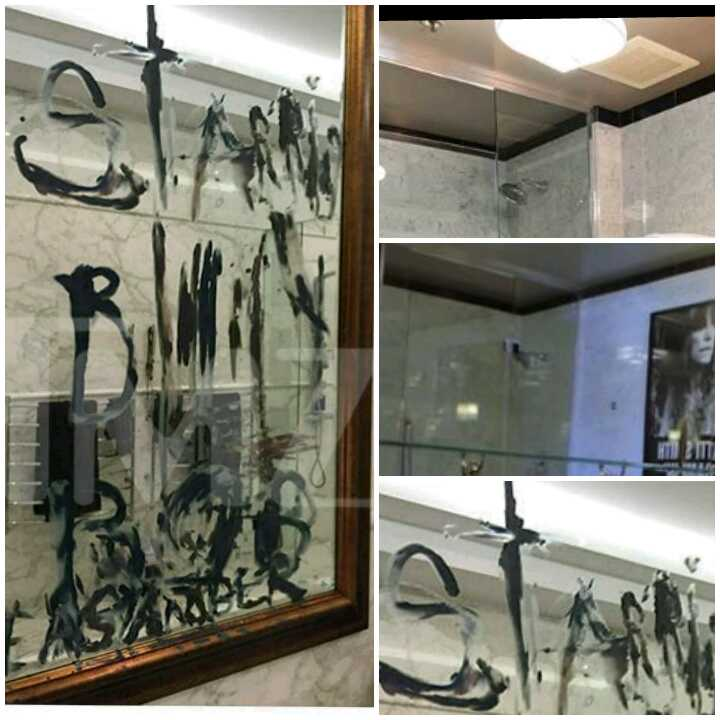 Johnny Depp's writings on the mirror closed up view

Depp on the other hand filed a lawsuit accusing Heard of fraudulently alleging she was a victim of domestic abuse during her marriage to him in a 2018 opinion piece written for The Washington Post, and Depp is seeking $50 million in damages. The actor also added that Heard used his embattled childhood against him, with him saying it "became ammunition for Heard to either verbally decimate me or to send me into a kind of tailspin of confusion and depression." The trial, which began on 11 April and is being presented to 11 jurors, is expected to conclude in May.