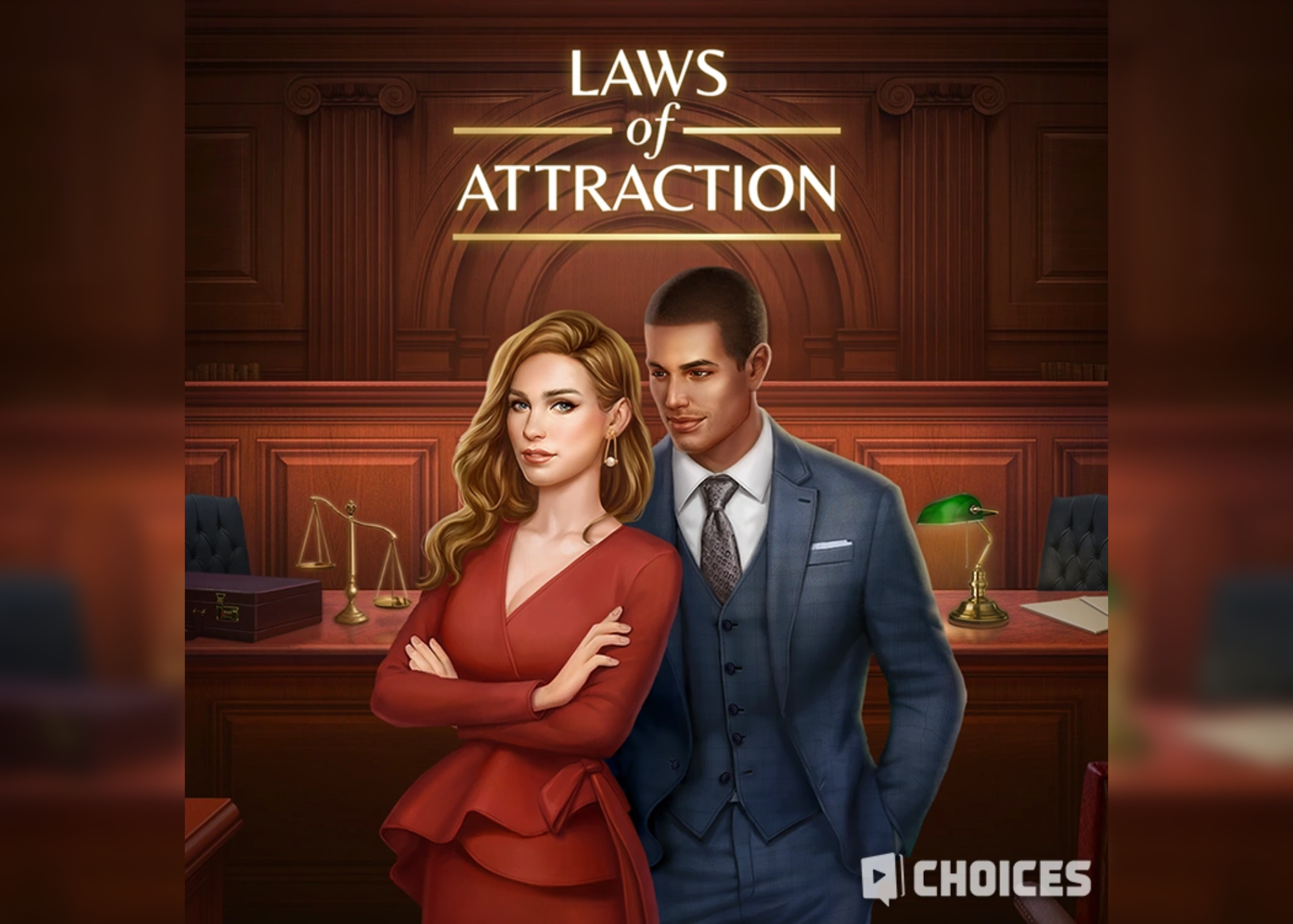 Are you aware of a game called "Law of Attraction Choices"? If not, this article will tell you something about this trendy game for gamers.

This article will talk about the characters and storyline of the game. Making decisions is crucial in this game. They have the power to deepen or weaken ties to the featured personalities.

The Personality And Appearance Of The Characters

While the specifics of your character's personality are up to you, you can rest assured that they will be a good, diligent lawyer no matter who you end up being. You can focus on the legalities of cases, on standing up for the underdog, on stopping bullies, or on any combination of these. The player is given complete control over the visual presentation of their character.

You have the option of being flirtatious or strategic, aggressive or cautious, in the courtroom and the office. On the other hand, you could decide to have intimate encounters with many different people just to try them out.

The chapters in the game of Law of Attraction choices are divided into two parts: book 1 and book 2. The first book has 16 chapters, which are listed below. On the other hand, Book 2 was freshly released on September 30, 2022, and is also available to explore its storyline online.

Sadie McGraw is a partner at the prestigious law firm McGraw Byrne in New York City. Your case in a small town goes well, and she offers you a position at her firm, which you accept. Later, she tells everyone about a competition to become a partner in the company. If you win, you basically start working there.

In terms of romantic interests, Gabe Ricci is definitely someone to consider. He used to be a junior partner at McGraw Byrne, but now he is a senior partner. He is your direct boss and is judging the competition.

She is one of your rivals for promotion to partner at McGraw Byrne, where she has worked as an associate for some time.

One of your rivals for the partner position is Beau McGraw, one of your fellow associates. You have the option of nurturing your friendship with him and serving as his wingman or wingwoman in various settings. In Chapter 7, you find out that he has been using your idea to impress Sadie, and it is up to you to decide if you will forgive him.

In Chapter 12, Gigi Sinclair suggests a game called "Screw, Dump, Marry" if you decide to go to Ten Mae without Gabe, with Aislinn and the other lawyers. Because Aislinn has now included you in the mix, she has asked Beau to choose between her, Willow Harrington, and you.

Fun Facts About The Law Of Attraction Choices

This question was asked about the game called "Law of Attraction Choices" by u/ruthlesscountess: "Is Law of Attractions worth playing?" She said on Reddit: "I haven’t played any Choices books for a while cuz the recent books I played were kinda disappointing. LoA seems interesting, I’ve always liked legal drama and stuff , what do you guys think of this book (no spoiler please)? How is the plot and how are the LIs (no forced male LI I hope...)?

"Yes it's and I'm really enjoying it , both LIs have balanced screen time, the book is more focused on plot line rather than romance ( there is hookups if you want ) and the story is progressing nicely, there is no filler chapter ( so far ), overall, great book unless PB decide to rush it."

You should definitely play it. It is interesting so far, the plot is progressing nicely, main LIs have Slow Burn but it has One Night Stand options to compensate that. And as for forced male LI, don't choose diamond scenes with Gabe unless you want to romance him or the diamond scenes have clues.

"I like it. There's a bunch of legal stuff and the two LIs have a reasonably balanced amount of screen time so far. It seems to be a slow burn with them so far in that they resist your romantic charms. So mostly the book has been focused on the main story. Definitely worth playing. Especially for Tyler and Gabe's electric eyes."

Who Are The Love Interests In Law Of Attraction Choices?

Will There Be A Laws Of Attraction Book 2 Choices?

PB confirmed the sequel to Laws of Attraction in an Instagram response on August 20, 2021.In a blog post, PB confirmed that the book will be released on January 14, 2022.

How Many Chapters Are There In The Law Of Attraction Choices Book 1?

Chapters in the Law of Attraction Choices Book 1 has 16 chapters.

Thank you for taking the time to read this article! You should also watch online tutorials on how to play this game.