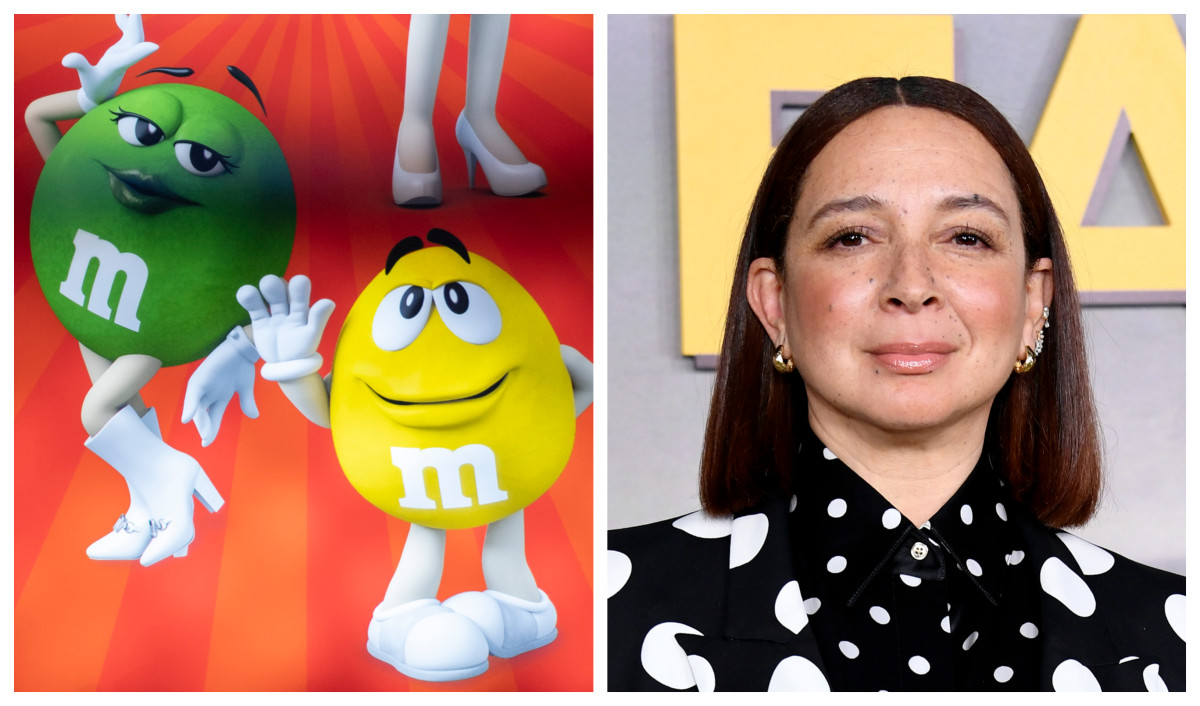 M&M’s to replace the controversial cartoon spokescandies with Maya Rudolph. Yes, now you will not be able to see those cute cartoon characters.

M&M's said it would stop making "spokescandies" after conservative commenters said they didn't like how they changed the mascots to be more open-minded.

It revealed that it would replace the adored anthropomorphized candies that have served as the brand's face for decades with comedian Maya Rudolph.

The company was criticized by Tucker Carlson and other conservative commentators for changing some of its mascots to reflect a "more dynamic, progressive world," including taking away the green M&M's high heels, making two characters appear to be lesbians, and declaring the orange M&M had an anxiety disorder and was embracing it.

Carlson criticized the shift in character design, claiming that "M&M's won't be pleased until every single cartoon figure is profoundly ugly and completely androgynous."

While M&M's claimed it was stopping the usage of its mascots due to their "polarizing" alterations, several people suspected that their removal and the replacement with Rudolph had little to do with inclusivity and more to do with a publicity stunt on the eve of the Super Bowl.

On its Twitter feed, M&M's announced the modifications, noting that "we're all about bringing people together" was the reason for them.

In the last year, we've made some changes to our beloved spokescandies,' the company wrote.

We weren't sure anyone would even notice. And we definitely didn't think we would break the internet.

But now we get it - even a candy's shoes can be polarizing. Which was the last thing M&M's wanted.

The company said that it was stopping the employment of the candy mascots and that Maya Rudolph would take their place as "a spokesperson America can agree on."

The statement continued, "We are confident Mr. Rudolph will champion the power of fun to create a world where everyone feels they belong."

It's not clear how Rudolph will represent M&M, but Good Morning America says that she will be a big part of the company's Super Bowl ad on February 12.

I'm thrilled to be working with M&M's. I am a lifelong lover of the candy and I feel like it's such an honor to be asked to be part of such a legendary brand's campaign.

She was unable to go into detail about the entire scope of her involvement with the company, but she did add that the Super Bowl commercial would be "loads of fun."

According to M&M's Chief Marketing Officer Gabrielle Wesley, "The latest campaign extends our purposeful work over the last year but is rooted in a new creative territory. And we can't wait for our fans to see what's about to unfold."

Last year, Mars Inc., which owns the candy company, said they were changing the mascots to make them "more inclusive" and better reflect "today's society." This started the M&M's characters dispute.

The brown M&M's sharp heels were replaced with a pair of squared-off high heels, while the green M&M's high-heeled boots were exchanged for a pair of sneakers.

The brown and the emerald M&Ms, also referred to as Ms. Green and Ms. Brown, announced that they will work together to be a "force supporting women, jointly throwing shine and not shade."

The company said that the orange M&M and his honest talk about mental illness would be "the most relatable characters with Gen-Z, which is also the most anxious generation."

Additionally, "will share the limelight with the additional cast, allowing each character to shine as their own star." The red M&M, a customarily dominant, callously witty character. Additionally, a purple M&M was introduced whose only identity was to be herself.

M&M's candy mascots get a makeover | Pass the Mic

The shift was not well received by Fox's Tucker Carlson, who lamented that "Woke M&Ms have returned" during a broadcast promoting an M&M's campaign that raised money for groups that support women's careers.

Allegedly referring to a picture of Ms. Green and Brown holding hands on a bench by the sea, Carlson commented:

The Green M&M got her boots back, but apparently is now a lesbian maybe? And now there's a plus-sized, obese Purple M&M. The Brown M&M has quote, 'transitioned from high stilettos to lower block heels. Also less sexy. That's progress. M&M's will not be satisfied until every last cartoon character is deeply unappealing and totally androgynous, until the moment you wouldn't want to have a drink with any one of them. That's the goal. When you're totally turned off, we've achieved equity. They've won.

A commentator on the Fox program Gutfeld, Kat Timpf, referred to the new green M&M as an "opportunistic, filthy, horrible b***h" during the argument.

Why Is M& M Getting Rid Of Spokescandies?

M&M's tweeted that they would replace the spokescandies with a human spokesperson, Maya Rudolph, in an apparent attempt to abandon the messaging strategy. The irony that their candies' promotion of inclusivity became too divisive was not mentioned.

What Is The Controversy With M&Ms?

When several of M&M's candy icons underwent makeovers to become more "inclusive," the company faced criticism. Some found it offensive when the brown M&M's heels were reduced and the brown M&M's shoes were changed from boots to sneakers for the green M&M, who Gutfeld referred to as a "seductress."

Who Is The New M&m Spokesperson?

The candy company declared that Maya Rudolph will take the place of the politicized backlash-instigating promotional cartoon characters.

On January 23, M&M's made the announcement that it will "take an indefinite break from the spokescandies" and chose Maya Rudolph as its new spokesperson. Yes, M&M’s to replace the controversial cartoon spokescandies with Maya Rudolph.

After changing the appearance of their spokescandies last year, M&M's received criticism, especially from conservatives. Tucker Carlson of Fox News was one of the loudest opponents, calling the adjustments "woke M&Ms."

M&M's said in its announcement that it didn't think the changes to the spoke candy, such as replacing the green M&M's heels with sneakers, would "break the internet."

In a Super Bowl LVII ad, Rudolph will make her debut as M&M's new spokesman. It's "an honor to be asked to be part of such an iconic brand's campaign," she said.