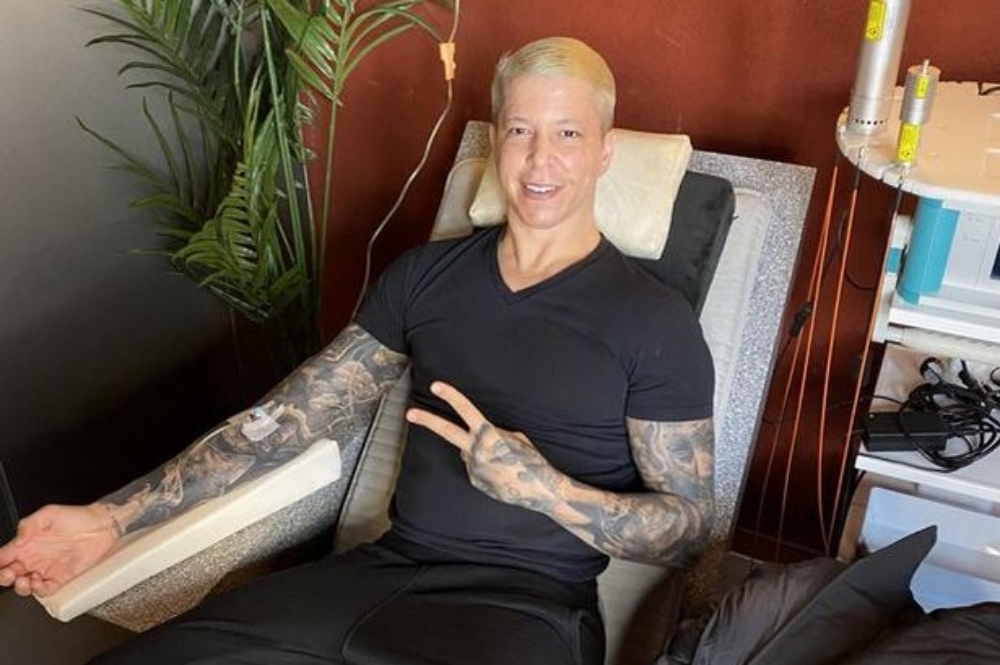 Man spends 1.5k pounds a month to reverse body ageing and live a longer life. A young man claims he would even consider freezing himself if it meant he could return in the future and spends a staggering £1,500 every month in an effort to try to live longer.

Has this man not noticed the state of the world? The 36-year-old "biohacker" Leon Kurita-Goudlock, a man who spends 1.5k pounds a month to reverse body aging and live a longer life, is a native of the United States who now calls London home, declared:

I want to live forever. My mum died when she was 70 of cancer and my dad died of cardiovascular issues when he was 86 this year. The last 20 years of their lives were complete misery, they were taking care of each other, and they both had cancer and other diseases such as diabetes, heart failure, and heart attacks and could barely walk. At that point, why are you alive? There is nothing sadder than carrying your own parents up the stairs and giving them sponge baths.

Leon, who can take up to 60 pills a day, says that there are five levels of biohacking, from pretty normal things like exercise and fasting to level five, which involves making changes to your body. Between 4 and 5 in the morning, Leon meditates for a little while before going to the gym.

I take 60 pills a day and spend a few grand every month on supplements. I do red light therapy once a day for 45 minutes to decrease the aesthetic stages of aging. It can take a while and won’t be a quick fix for Benjamin Button's solution, but it can reverse the aging process.

Along with his diet and fitness routine, father-of-one Leon uses cryotherapy, which involves taking ice baths while inside a tank that is extremely cold and filled with liquid nitrogen. Leon thinks that biohacking will lead to the future, and he can't wait to see what it might be like.

"We’re not there yet but we expect it to be between 2040 and 2050," he said. "Exciting times are ahead. Prosthetics will become more advanced than biological limbs, there might be eyeballs that can see through walls and arms that could smash through concrete pillars."

"Legs will run faster and jump higher. People will voluntarily replace their limbs with prosthetics. If it’s safe and not going to hurt, you-why would you not-it will just make It more fun to be alive. I would sign up to have my body frozen in the hope they can bring me back in the future."

A man spends 1.5k pounds a month to reverse body aging and live a longer life. Leon Kurita-Goudlock, 36, is a firm believer in "biohacking," a term that refers to "upgrading your body," and he is doing everything in his power to stop his body from aging.