Marfan Syndrome - This Is Why Some People Have Abnormally Longer Fingers 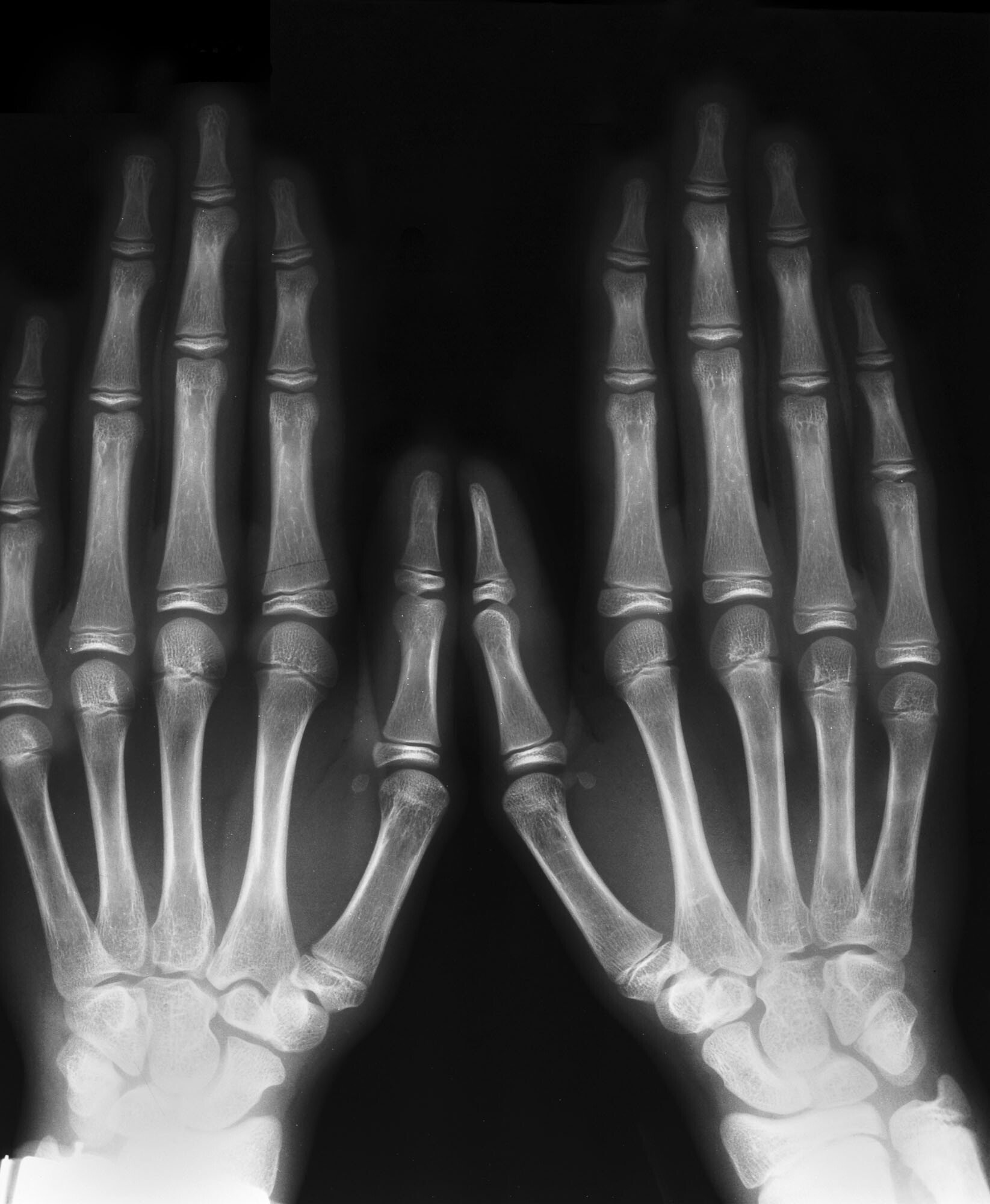 Those who suffer from Marfan syndrome almost often have fingers that are unusually lengthy. When they make a fist, it is not uncommon for their thumbs to protrude a considerable distance beyond the edge of their palms.

What Is Marfan Syndrome?

The connective tissue in your body, including the fibers that support and attach your organs and other structures in your body, can be affected by a genetic condition known as Marfan syndrome.

The heart, eyes, blood vessels, and skeleton are the organs that are most frequently affected by Marfan syndrome. 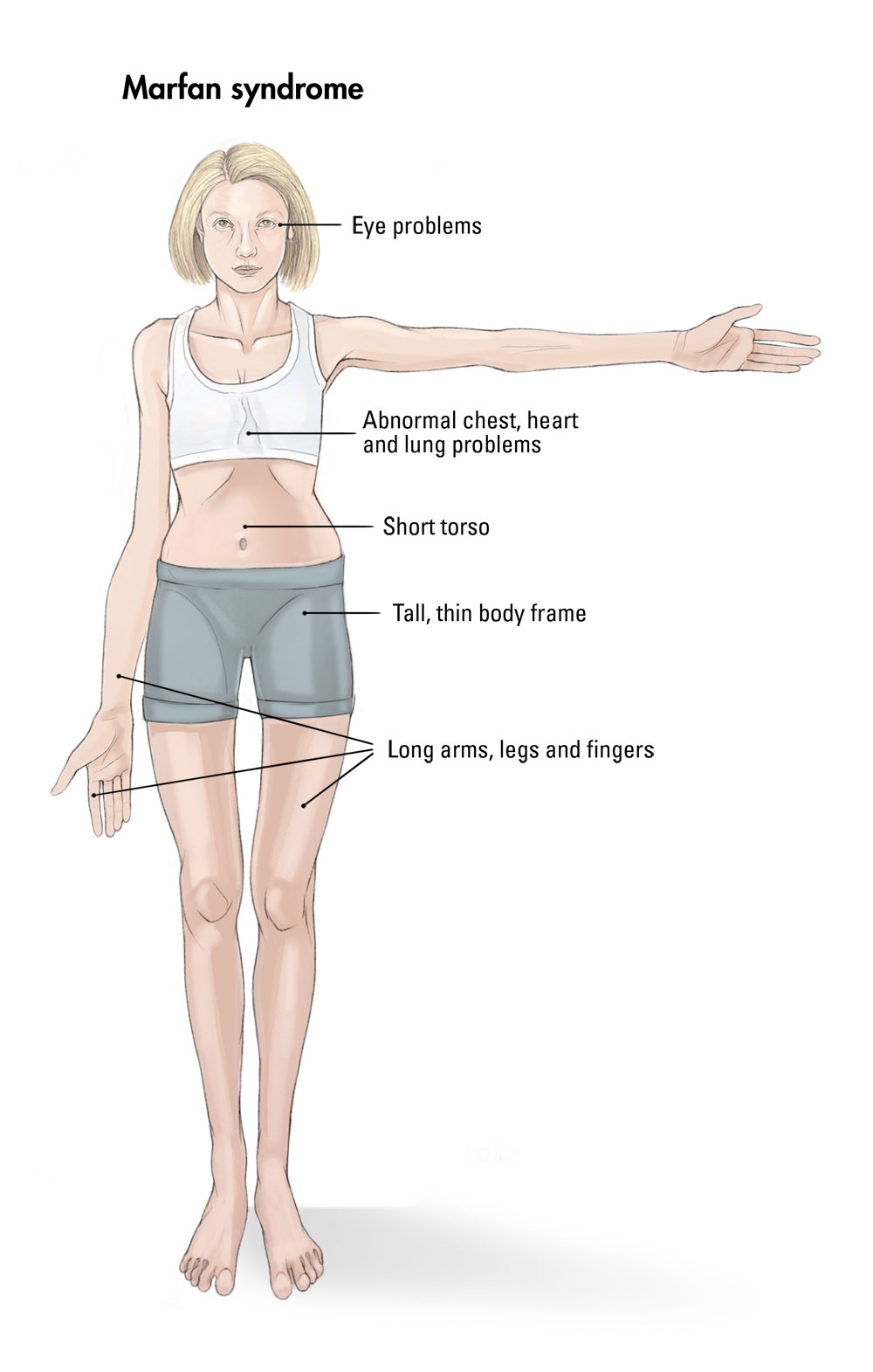 A drawing of a girl showing symptoms of marfan syndrome

Marfan syndrome is characterized by abnormally long limbs, legs, fingers, and toes in addition to a generally tall and slender physique.

The syndrome of Marfan can produce varying degrees of damage in its patients.

The illness has the potential to be fatal if it affects the aorta, which is the major blood vessel that delivers blood out from the heart and into the rest of the body.

The treatment typically consists of taking drugs to maintain low blood pressure in order to lessen the amount of strain placed on the aorta.

It is essential to perform routine monitoring in order to check the progression of any harm.

A significant number of patients with Marfan syndrome will, at some point in their lives, be required to undergo preventative surgery to repair their aorta.

Because Marfan syndrome can affect so many different parts of the body in so many different ways, the indications and symptoms of the condition can vary considerably from person to person, even among members of the same family. 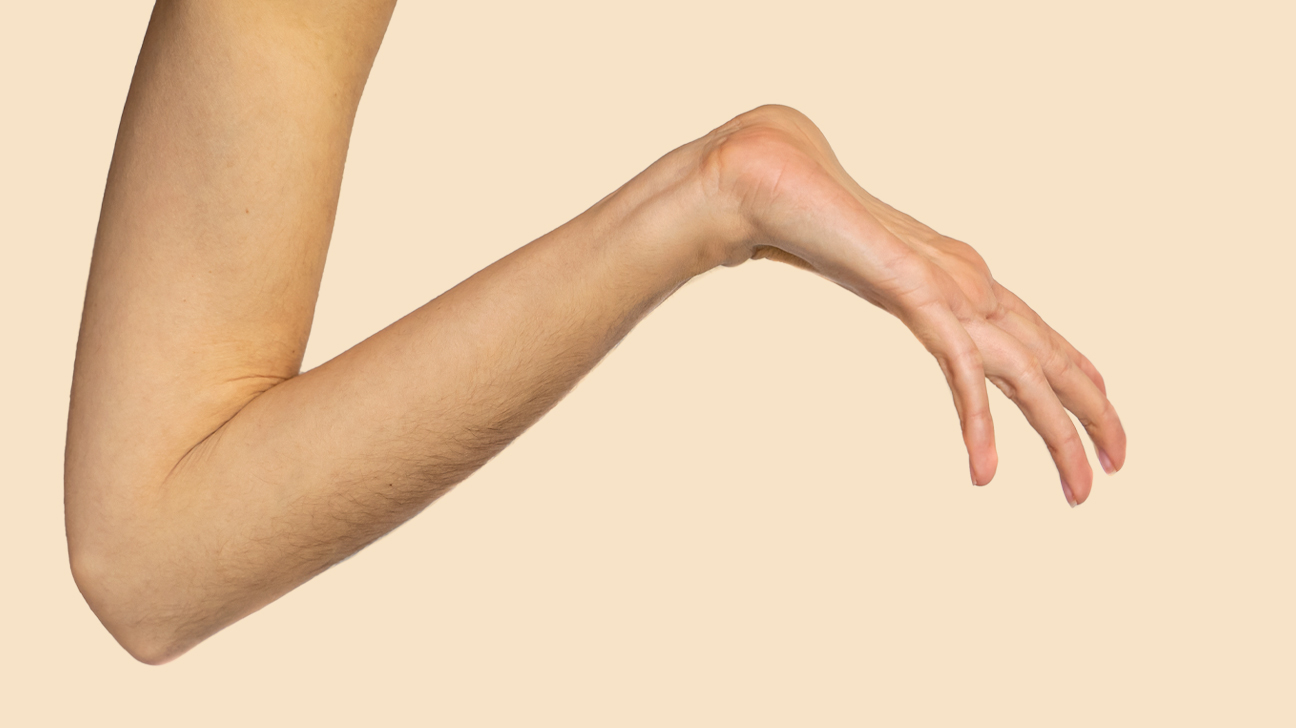 Although some people only have modest effects, others acquire life-threatening consequences as a result of the condition.

Some of the characteristics of Marfan syndrome include:

A deficiency in the gene that gives your body the ability to manufacture a protein that contributes to the suppleness and strength of connective tissue is the underlying cause of Marfan syndrome.

Every child who is born to a parent who is affected has an equal chance of receiving the faulty gene as their parent.

The defective gene that causes Marfan syndrome is inherited by neither of the affected person's parents in approximately 25 percent of cases.

In these types of situations, a new mutation will evolve on its own. 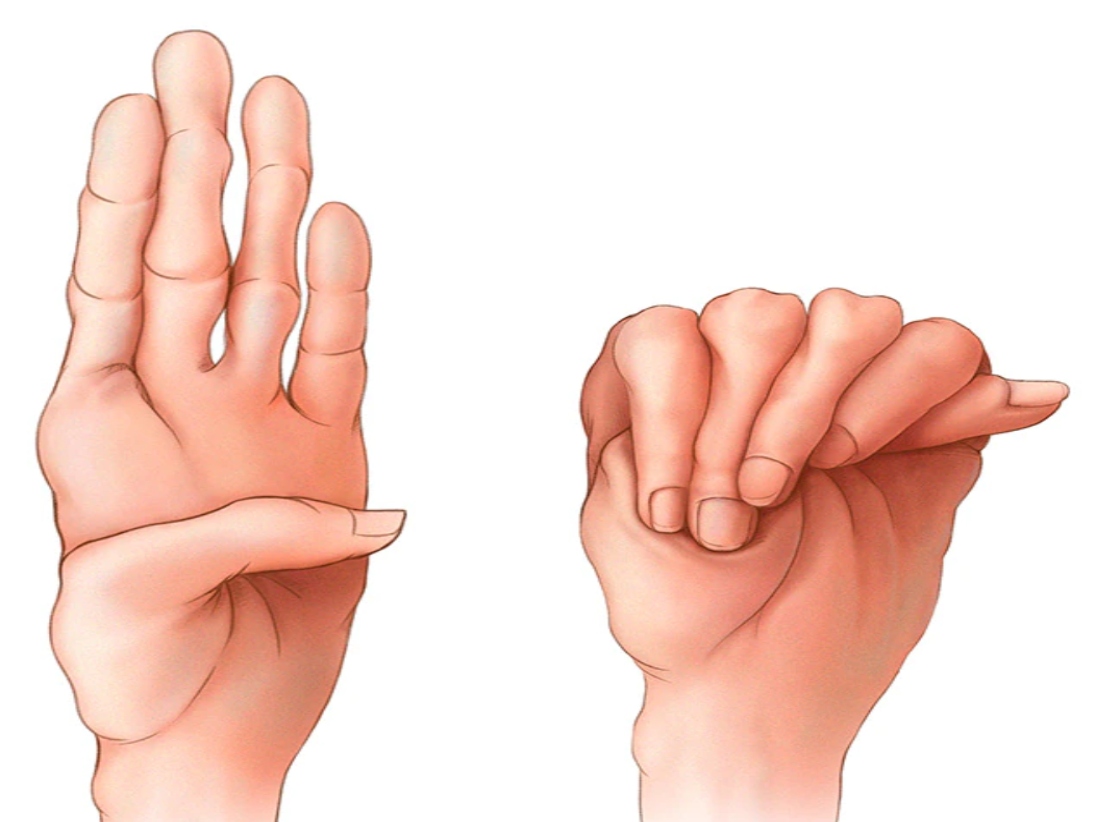 A drawing of hands suffering from Marfan syndrome

The heart and blood arteries are affected by Marfan syndrome in the most serious way when it leads to problems.

Aortic stenosis is a condition in which the connective tissue around the aorta becomes damaged.

The aorta is the major artery that branches off of the heart and carries blood to the rest of the body.

Scoliosis and other abnormal curvatures of the spine are more likely to occur in those who have Marfan syndrome.

It is also possible for it to impede the proper growth of the ribs, which can result in the breastbone giving the appearance of either protruding from the chest or sinking into it.

Pain in the feet and in the low back are common symptoms of Marfan syndrome.

People who have Marfan syndrome typically have unusually long bones, and their fingers are often described as having a "spider-like" appearance due to their length.

They might also have further skeletal abnormalities that need to be looked at by an orthopedic specialist.

It might be difficult to diagnose Marfan syndrome since many people who have it have few severe symptoms and no particular cellular or biochemical alterations.

This can make it difficult for doctors to make a diagnosis

There are a great number of incomplete cases of Marfan syndrome.

There are no precise tests that can be performed, and a diagnosis cannot be made before the child is born.

The individual's cardiovascular, ocular, and bone symptoms, as well as their family history, will be taken into consideration while formulating a diagnosis for the patient.

Despite the fact that there is no known cure for this ailment at the present time, developments in medical and surgical therapies have improved not only the length of life but also the quality of life for individuals who are afflicted by it.

When deciding whether or not to have surgery, it is important to consider not just the patient's symptoms but also their family medical history.

Avoiding emergency circumstances is always the primary objective, since these may pose a risk to patient life or result in a lesser chance of patient survival following surgery.

A Reddit user said, "Javier Botet who plays creatures on screen has Marfans-"

Botet was given a diagnosis of Marfan syndrome when he was around 6 years old.

Marfan syndrome is a rare genetic illness that causes extraordinary height and slenderness, in addition to double-jointedness.

Lol_u_ded said, "What actually made people aware of Marfan’s syndrome was an Olympic volleyball player dying of it during a game. She asked to go to the bench, died minutes later. The elastic tissue comprising her aortic walls ruptured. Learned this in A&P. Very scary."

What Is The Main Cause Of Marfan Syndrome?

A mutation in a gene known as FBN1 is what leads to the development of Marfan syndrome. Because of the mutation, the body is unable to produce the proteins that are necessary for the formation of connective tissue. A person who already has Marfan syndrome has a probability of passing it on to their offspring.

When Do Symptoms Of Marfan Syndrome Appear?

It used to be the case that Marfan's disease was invariably fatal; a person with the condition would typically not live past the age of 45. People can survive well beyond that today thanks to modern medicine's vigorous treatment. When dealing with people who have Marfan's disease, one of the challenges is that you have a tendency to chase the aorta.

Untreated patients with Marfan syndrome have an average life expectancy of 32 years, with aortic dissection, aortic rupture, or heart failure owing to mitral and aortic valve regurgitation being the primary cause of death in more than 90 percent of the cases.