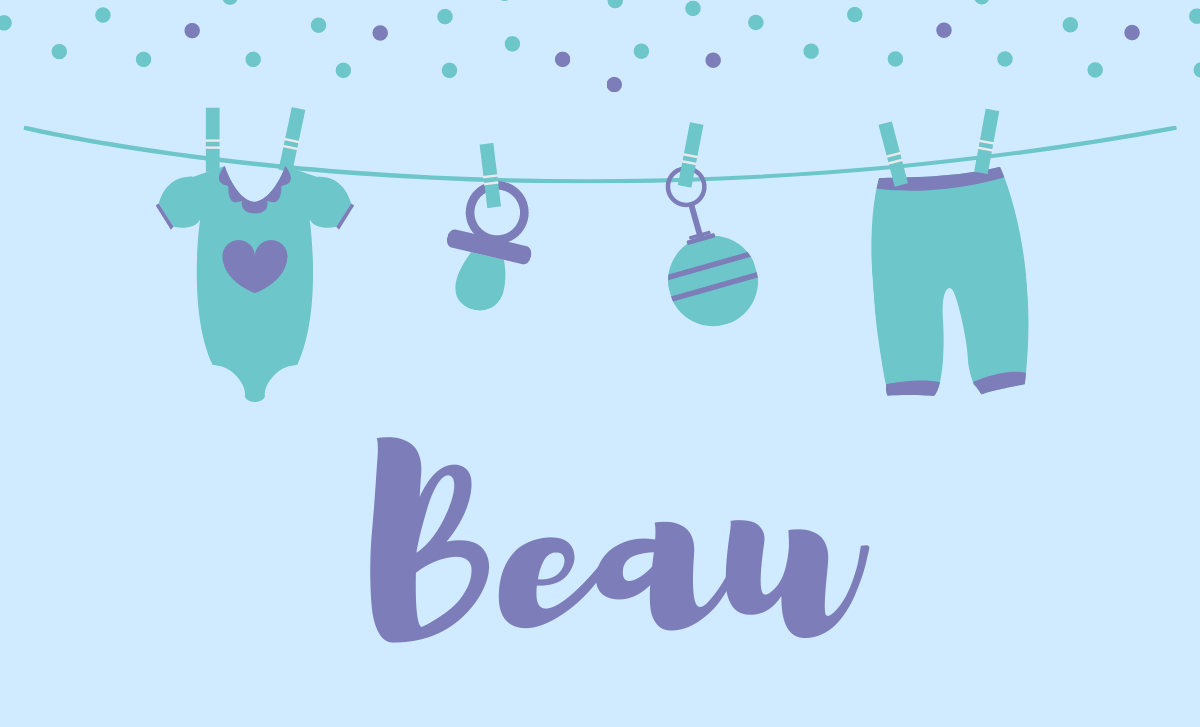 "Handsome" is the meaning of the French name Beau, which can be given to either a boy or a girl. The name's origin is French.

The word "beautiful" conjures up an image of a dashingly handsome Southern gentleman or a refined young lady from the South.

The fact that the name has French roots lends it an air of sophistication and allure associated with Europe and the old world.

You can give your child the full name of Beauregard, but you can just call them Beau for short if you want them to totally represent the old-fashioned aesthetic.

You should give your son the name Beau because it conjures up an image of someone who is devilishly attractive and has a significant amount of southern charm.

How To Pronounce Beau Name

Name Beau is pronounced as "boh". 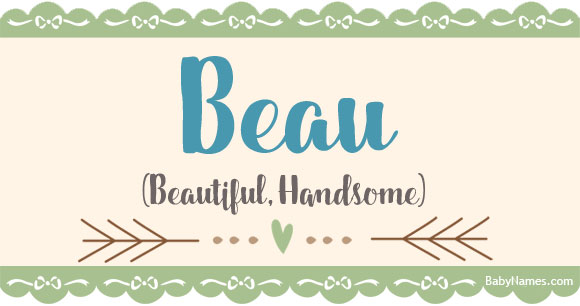 Digital illustration of text Beau and its meaning

How Popular Is The Name Beau

In the past, it consisted almost exclusively of a nickname, but these days, it can easily stand on its own. Since 1969, Beau has continuously been included on the Social Security beneficiary list.

Because of the fashionable Beau Brummell (born George), the stylish New York mayor, Jimmy Walker, was given the nickname "Beau James." Beau also has something of a dandy reputation because of Beau Brummell, who was born George.

Other noteworthy Beaus were given more elaborate names at birth; for example, Beau Bridges and Beau Biden were both the third sons in their families to carry on the surnames of their fathers (L. Vernet Bridges III and Joseph Robinette Biden III, respectively).

In its day, P.C. Wren's novel Beau Geste was a great bestseller, and it was later adapted into a film that was similarly successful; in the film, the protagonist's given name was Michael.

How to Pronounce Beau? (CORRECTLY)

A lot of people will recall that Beau was the name of the kid that Ashley and Melanie Wilkes had in Gone With the Wind. There was also a character named Beau on the old television western Maverick.

And try Beauregard if you're looking for a name that will sound more distinguished on the birth certificate.

There are a number of famous people who have boys named Beau, including Art Garfunkel, Emma Bunton, Wendy Wilson, Jamie-Lynn Sigler, and most recently, Tori Spelling.

What Nationality Is Beau?

Is Beau A Popular Boy Name?

According to data provided by the Social Security Administration, Beau's popularity has recently skyrocketed, propelling it farther up the rankings. Since receiving a ranking of 467 in the year 2000, Beau has worked hard to earn its current position of 109 in the year 2020. On the other hand, FamilyEducation.com ranks it as the fifth most popular name overall.

Is Beau Short For Another Name?

It is said that George Bryan Brummell was the first person to be given the nickname "Beau." Today, however, "Beau" is used as both a given name and a nickname for a great number of people because the name signifies "strong, noble, and handsome."

The person with a name Beau is a highly charged individual who is drawn to powerful thoughts.

He is kind, diplomatic, intuitive, and cooperative, and it's possible that he might have psychic abilities.

He has a gift for storytelling, and others become mesmerized whenever he elaborates on the facts. It's possible that he's not aware of the overwhelming presence that he has on people.