Nantes France Is Famous For Its Enormous Mechanical Creatures 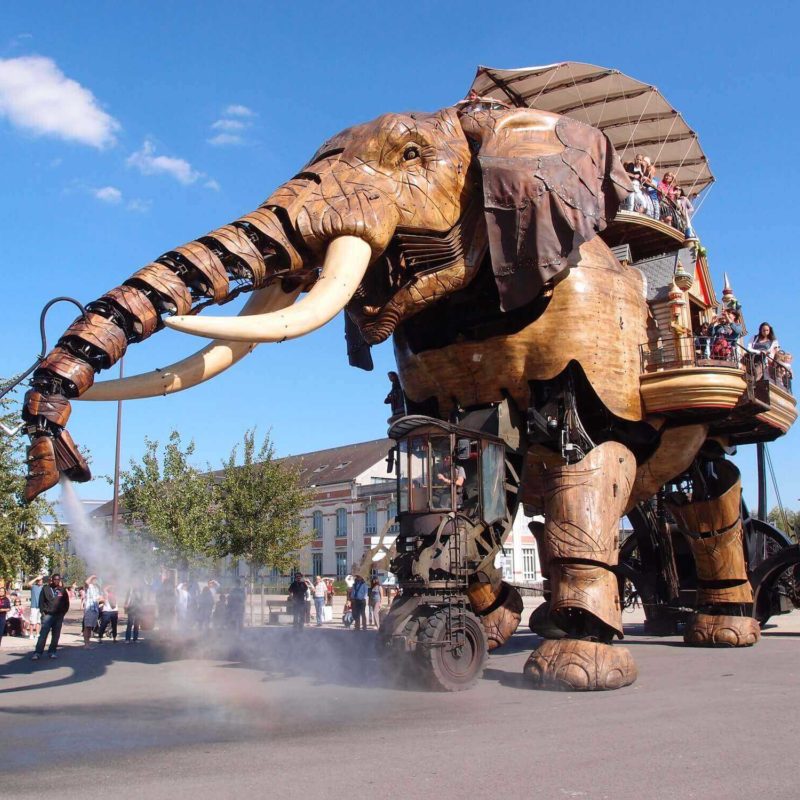 Nantes mechanical creatures is a one-of-a-kind artistic undertaking, unlike anything you have ever seen before.

It is a fusion of the fictional worlds of Jules Verne, the mechanical cosmos of Leonardo da Vinci, and the industrial history of the French island of Nantes, created by the imaginations of François Delarozière and Pierre Orefice. 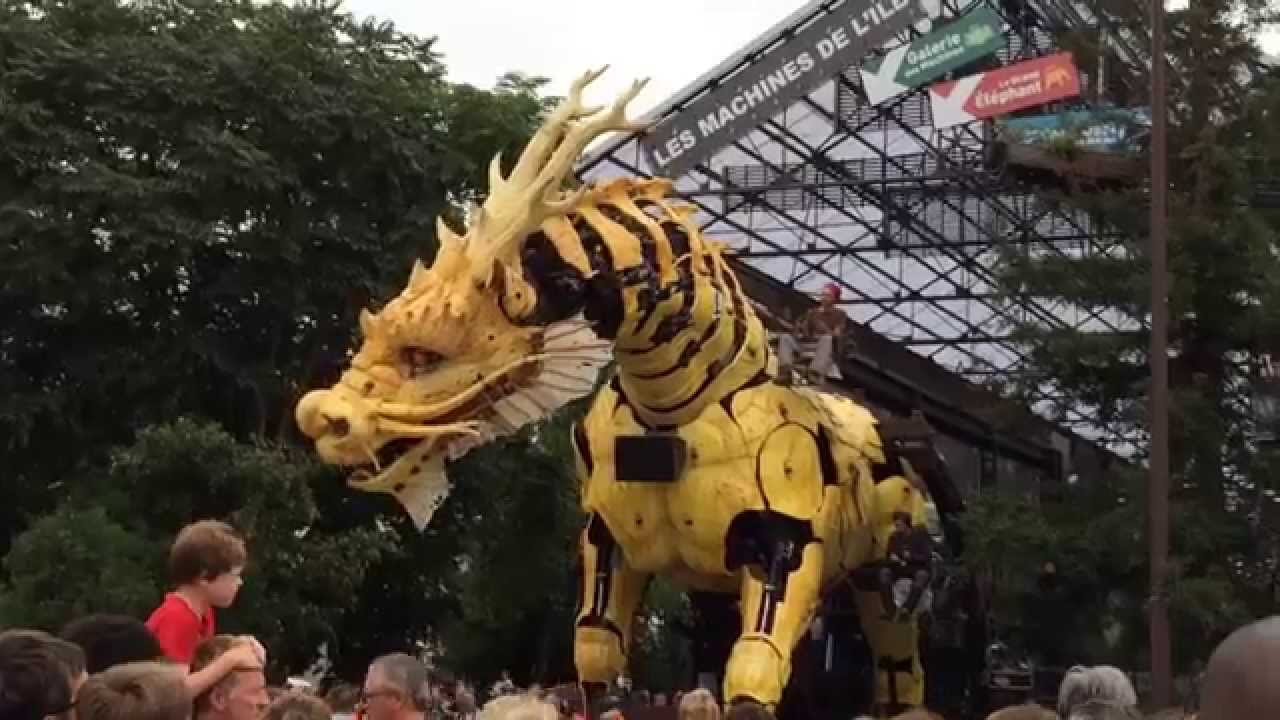 Nantes mechanical giant dragon in front of an amazed crowd

"This is really interesting, as I’m heading to Nantes in May, and this is my phobia. Thanks for the heads up hero."

Is Nantes Worth Visiting?

A statement from Nantes' official website says that "A group of machine builders has established a workshop in the former shipyards on the Ile de Nantes, in the industrial warehouses of which the island was formerly known."

The designers allowed their imaginations to run wild, exploring everything from the treetops to the savannah to the deep depths, creating a bestiary of living robots to occupy the area under construction."

The gallery, a workstation in the historic shipyards of Nantes, is where the giant mechanical machines are designed and built.

The machinists operate on the Machines here, and they are in direct contact with the general public.

Visitors can even operate the controls with the assistance of the machinists.

The Gigantic Sultan's Elephant, one of the Machines de l'Ile's creations, is perhaps the most famous of all.

According to the company, the gigantic elephant is a 12 meter high by 8 meters wide elephant automaton sculpture that can transport "up to 49 persons for a 45-minute walk."

According to one viewer, "When the stately beast walks out for a walk, it's like architecture in motion leaving a steel cathedral. Every time the pachyderm comes out, it creates a one-of-a-kind display that everyone can enjoy."

The robotic mechanical Elephant made its premiere in its home city of Nantes, France, and later made an appearance in London in 2006.

Visits to the Machines de l'Isle are now available to the public.

The Marine Worlds Carousel (2012) is a massive carousel that rises over 25 meters above the ground and is 20 meters in a circle. A total of 35 moving underwater species are included on three levels: the ocean floor, the depths, as well as the sea and ships. A dance of aquatic animals and sea carriages will be performed in front of the audience, and visitors will be able to get aboard and direct the motions of the Machines.

The Heron Tree's branch prototype is shown here. The Heron Tree (2014) is a steel structure with a diameter of 45 meters and a height of 28 meters, topped with two herons, that was built in 2014. Visitors will be able to jump onto the backs of the birds or onto their wings for a circle flight over the tree's hanging gardens, according to the project's blueprints.

The Machine Gallery is an exhibition space dedicated to illuminating the historical context of the machinery on display. The European Flight Test Center and the European Marine Animal Control Center are two places where people are welcome to participate. Sketches, models, and films are used to show the complete construction process from start to finish. Three new machines were added to the gallery in July 2008, bringing the total number of machines in the gallery to nine.

The Workshop serves as a fabrication location where visitors may watch the ongoing construction process in action. The building of the Marine Worlds now takes up a portion of the workshop's space.

Nantes is a large, lively French city with a population of about 300,000 people. It is also an experimental and artistic hotspot including Nantes mechanical creatures with a diverse range of attractions. With its waterside location on the Loire River, the city of Nantes is recognized for its magnificent beauty, in addition to its various galleries, museums, and castles.