Name One Hardware Feature To Include In Your Next IPhone 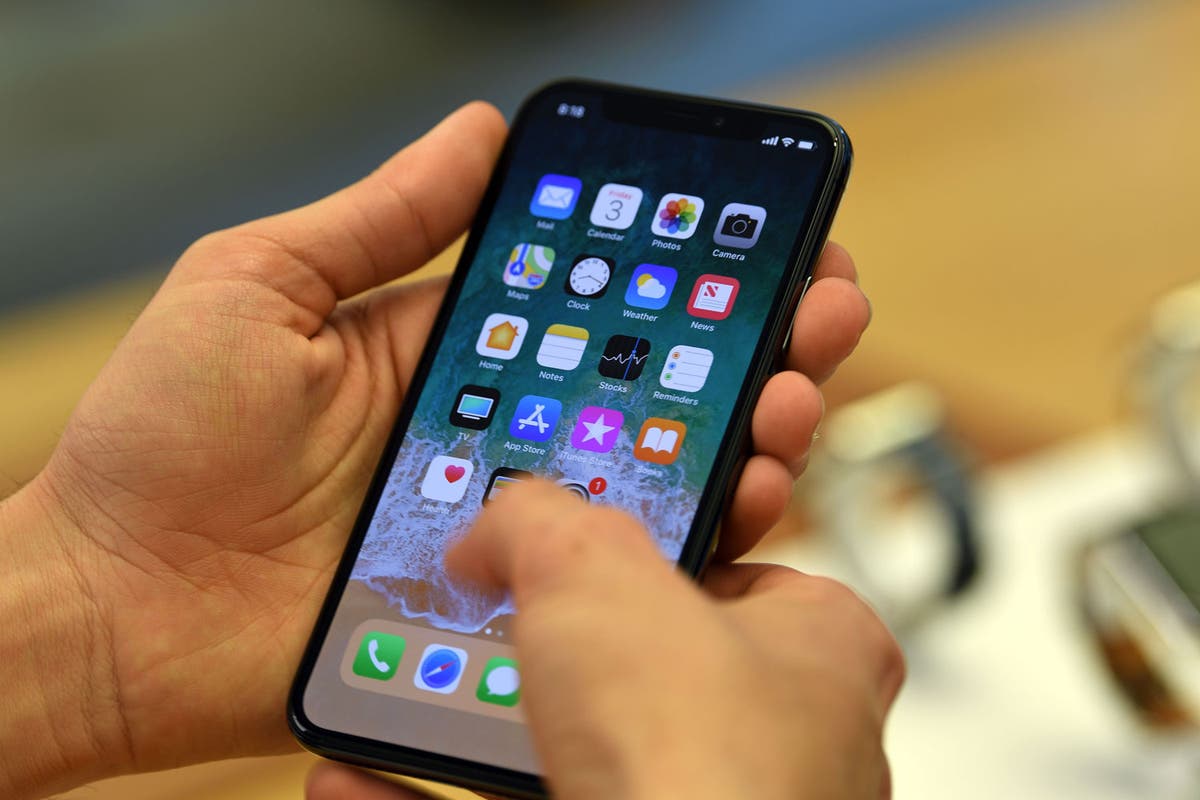 Name one hardware feature to include in your next iPhone - There are many different types of phones available, but the iPhone is the most well-known and recognizable. This brand has become a status symbol of prestigiousness in our time. A Reddit member known as u/[deleted] starts a discussion on future iPhone improvements. You may further read the Reddit user's comments about u/[deleted]'s request to "name one hardware feature you would like to see on your next iPhone" below.

A screen that can go much darker. The minimum brightness isn’t minimum enough - hastyhylian17

User Zealousideal-Self-76 wishes to have a "USB-C charging port" on an apple phone.

Similar to what Zealousideal-Self-76 idea, h3xx_rd said: "USB-C. It will make life so much easier. My iPad Pro is already USB-C. Even the Beats Fit Pro case charges via C. I hate having two sets of cables everywhere."

"Reverse wireless charging. I could charge my AirPods pro on the go without a cable. But it's probably a software feature.. the hardware for it is already built-in from what I know." - kytonix

Reddit user, kytonix mentioned, "reverse wireless charging." If your smartphone supports Reverse Charging, you can use a USB cord to charge other cellphones through it. As a result, you may use your phone to charge your friend's phone while also using it as a power bank. However, iridiscentsocks commented: "That’s actually already in use, but is currently limited to the MagSafe Battery Pack."

Touch ID and Face ID together please. I don’t need an under-display fingerprint scanner either: I’d be happy with the Touch ID sensor integrated into the power button just like the iPad Air. - Amsler101

DanielG165 shared: "USB-C with USB 3 or 4. We’re seemingly about to get phones that can shoot 8K video at high frame rates, and imagining someone trying to export or transfer that kind of footage from their phones via lightning makes me shudder.

Brushed stainless steel sides instead of polished. Yeah, the latter looks prettier and “fancier”, but most will never really see the sides anyway due to the phone being inside a case, and brushed SS wouldn’t be a fingerprint magnet nor gain scratches. Touch ID on the power button, alongside Face ID. Continual growth in lens size for even better quality in both photos and videos. That’s really it for now, honestly. I genuinely feel like the 13 Pros are outstanding, hardware-wise."

AaronG25 commented: "USB-C with USB Drive abilities, I use iCloud and barely touch the memory in my phone but would love to use it as a removal drive to carry all my important stuff."

Utohs mentioned: "I want a thermostat to tell me the actual temperature wherever I am."

Individual volume control so you can change alarm, notification, and media volume separately. It’s one of the few features I miss from my old android phones. - KFCFingerLick

Lowering The Brightness Below The Minimum

For some people, the iPhone's minimum brightness level is unsatisfactory, but there are two ways to reduce the brightness below the minimum.

The quickest option is to go into the Settings app and select Accessibility. Tap 'Display & Text Size' and scroll to the bottom of the page to find 'Reduce White Point.' Enabling the option dims the screen immediately. The user can then customize the dimming impact by changing the percentage value. Set Reduce White Point to 100% to drastically reduce screen brightness. Then use the Control Center slider to dim the iPhone's screen to the minimum.

The second method includes using the iPhone's Zoom screen magnification tool. Open the Settings app and select Accessibility. Then touch Zoom to enable it. Double-tap the screen with three fingers to activate Zoom, then select 'Choose Filter' from the drop-down menu. This option reduces the iPhone's screen brightness, which may be further reduced using the Control Center's brightness slider. With the Accessibility Shortcut for Zoom enabled, the power button can now activate the feature. 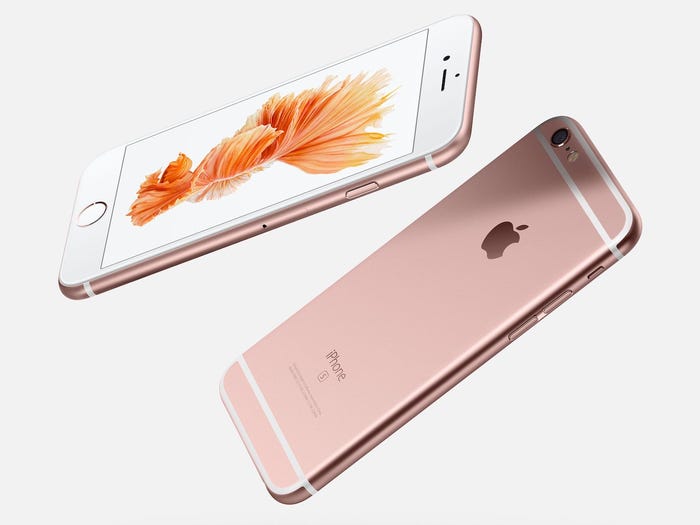 With its stunning edge-to-to-edge OLED display, the iPhone X comes very near to Apple's ultimate all-screen smartphone. Even if the phone's screen is no longer stunning, it has the same gesture-based design as the latest iPhones, the same notch and Face ID capabilities, and a sleeker overall design. 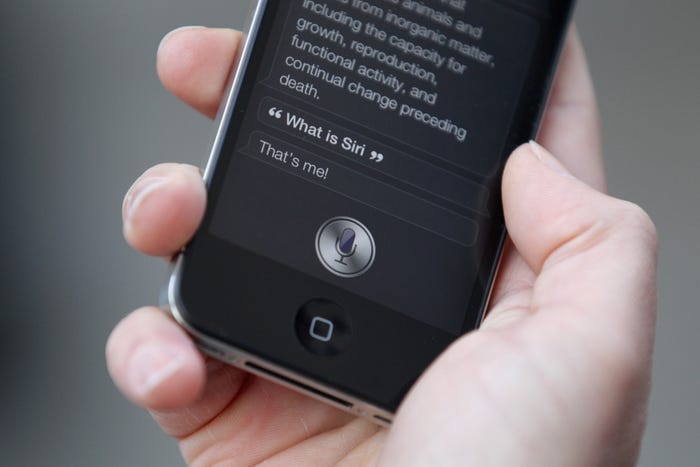 The design of the iPhone 4S, the first iPhone featuring Siri, was nearly identical to that of the iPhone 4. Keeping the metal-and-glass style from the previous year's phone was a really wise move given the question mark that was (and still is) Siri.

The IPhone 7 And IPhone 7 Plus

For the first time, the iPhone 7 and 7 Plus were the ultimate of Apple's iPhone 6-era design. iPhone 7's design was the most sophisticated of the iPhones to date. While the iPhone 8's glass back allows for wireless charging, the iPhone 7's matte aluminum finish looked nicer.

Why Do People Buy IPhones

The iPhone has become a prestige symbol in recent years. For the same reasons that people appreciate Rolex watches or Gucci bags, iPhone customers are drawn to the Apple brand as a prominent status symbol or fashion accessory.

What Is So Special About IPhone

When compared to Android smartphones, iPhones are often much smoother, faster, and have a significantly longer battery life in general. They are capable of topping flagship Android devices due to the fact that they are built by Apple and use Apple hardware and system software.

Why IPhone Is Better Than Any Phone

Because Apple has complete control over its manufacturing process, they do not require extremely powerful features to compete with high-end Android smartphones. Because the Qualcomm processors in Android phones are rather slow when compared to the processors in iPhones, iPhones are faster, smoother, and perform better than Android phones in many ways.

What Is Better Android Or IPhone

Premium-priced Android phones are on par with the iPhone in terms of quality, but lower-cost Android phones are more prone to malfunctioning. Of course, iPhones can suffer from hardware problems as well, but they are generally of higher quality. It's necessary to choose a model of iPhone while purchasing one.

Should I Get A Samsung Or IPhone

Why Apple Logo Is Half Bitten

Rob Janoff created the logo for the half-eaten Apple in 1977. The designer produced the logo in rainbow colors, according to Codesgesture, and said in an interview that the primary reason for designing it like a half-eaten apple was to indicate scale.

The second reason was that it was important to be relatable. Taking a bite off of an apple was an iconic experience for him, and it's something that everyone has had, so they could grasp it completely. Bite is a term that sounds similar to the word byte. In telecommunications and computers, a byte is a unit of digital information.

Which Country Is IPhone Cheapest

According to the ranking, the United States is the most affordable country in which to purchase any model of the iPhone 13 family. However, in some countries, such as Brazil, you may not want to get an iPhone because of the high cost of ownership. In Brazil, some iPhone models are sold at their highest possible price.

You've arrived at the conclusion of this article. Thank you for spending the time reading this article. As you can see, "u/[deleted]" asked Reddit users to comment on "Name one hardware feature to add to your future iPhone" and "Name one hardware feature to include in your next iPhone." You've learned how to enhance iPhones by understanding how people think creatively. The Reddit comments in this post provide useful suggestions for improving the future iPhone.