A Tortoise Face In The Body Of A Peculiar Chubby Frog 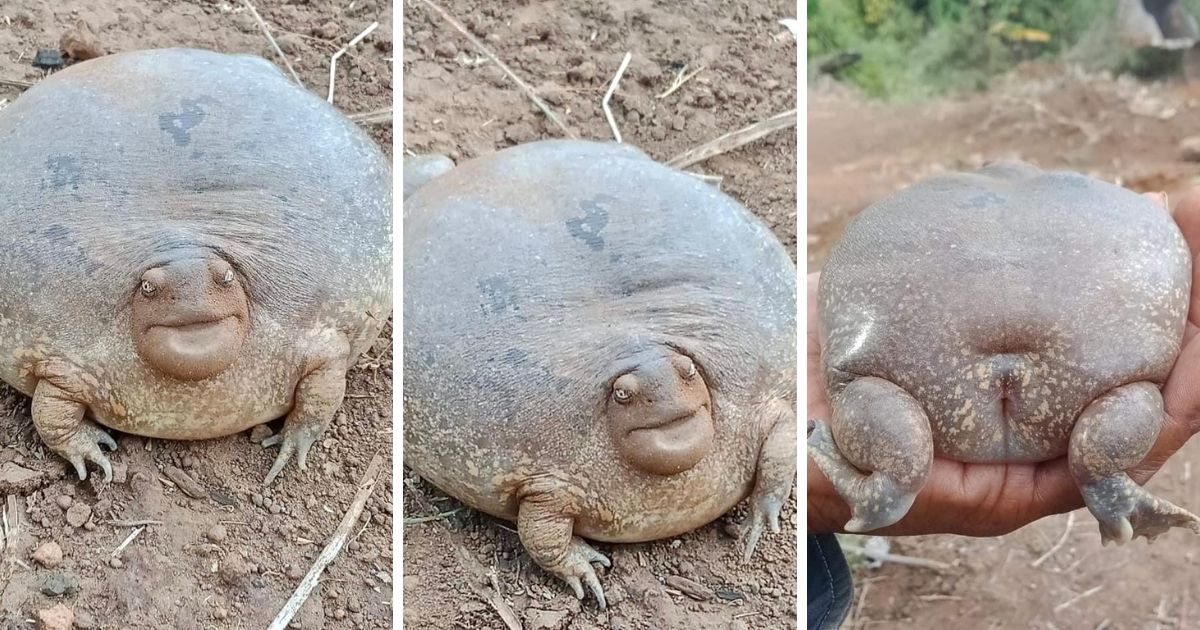 Peculiar chubby frog - As you noticed in the picture above, the strange creature has a smooth, round body and expressive face. In the initial look, it is similar to what a tortoise looks like. Many people have expressed uncertainty over whether or not this creature is real. But let's see what animal biologist says about this strange animal.

When Speculations Arouse About Strange Amphibian 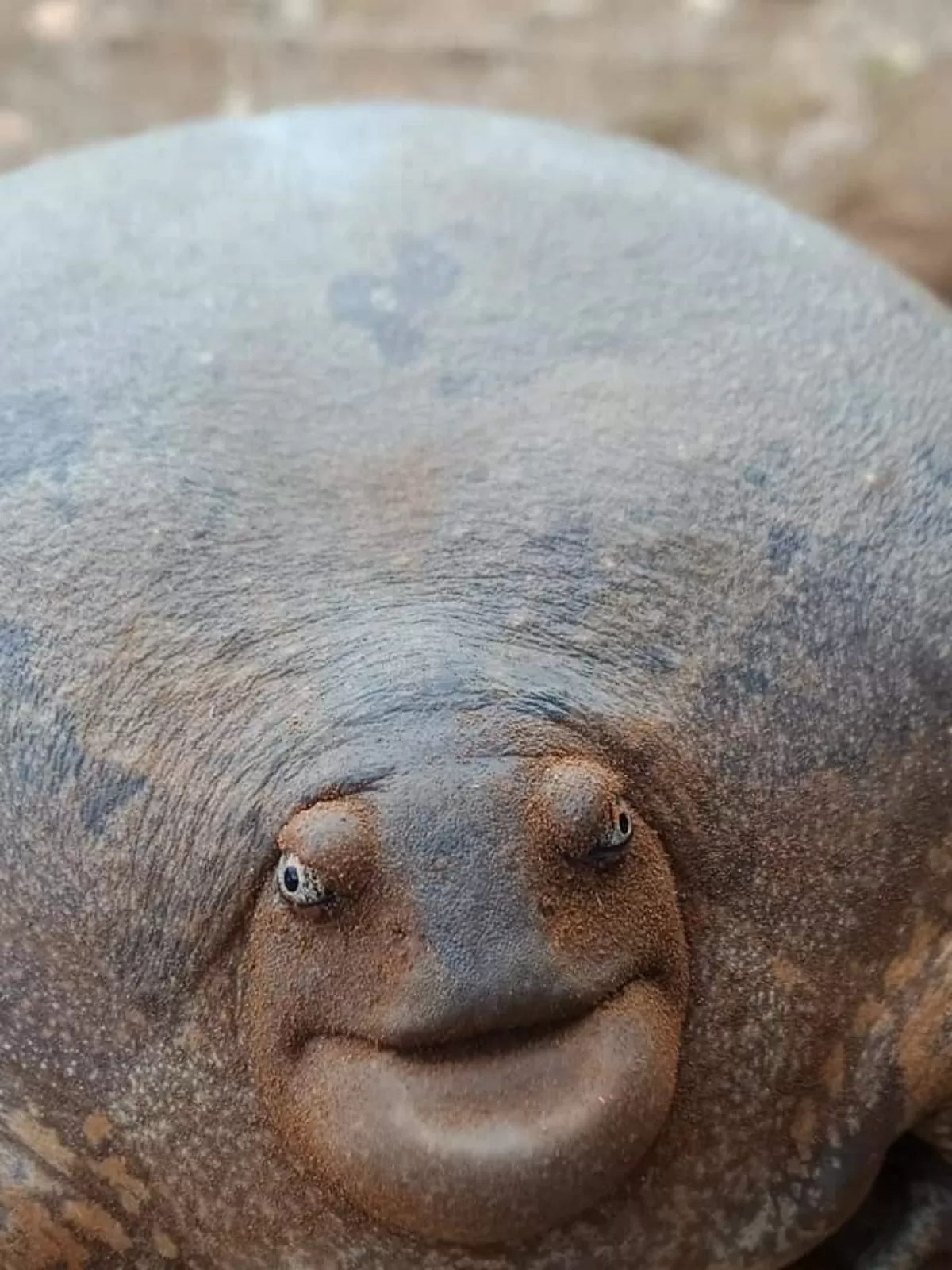 A closer look in the blunt-headed burrowing frog's face

Amphibians like in the picture above is an animal who lives on both land and water. Many theories have circulated online, with some claiming that he is some sort of shell-less turtle, while others believe that it is a ceramics project gone astray in the hands of a young child.

However, it turns out that neither of those statements is right. Biologist and amphibian specialist Jodi Rowley took to Twitter to cut through the noise and uncover what the animal was really made of.

"This frog is doing the rounds on social media. It’s a blunt-headed burrowing frog (Glyphoglossus molossus) It is native to drier parts of mainland SE Asia, this species spends most of its life underground, waiting for rain — they’ve a great shape for burrowing and conserving water."

The frog's round, squishy form is surely a part of what makes him so appealing to the sight, but it is also a part of a specific ability that he uses to ward off possible predators. Rowley explains that the frog in the picture is puffing up to make himself look large as a defense mechanism. 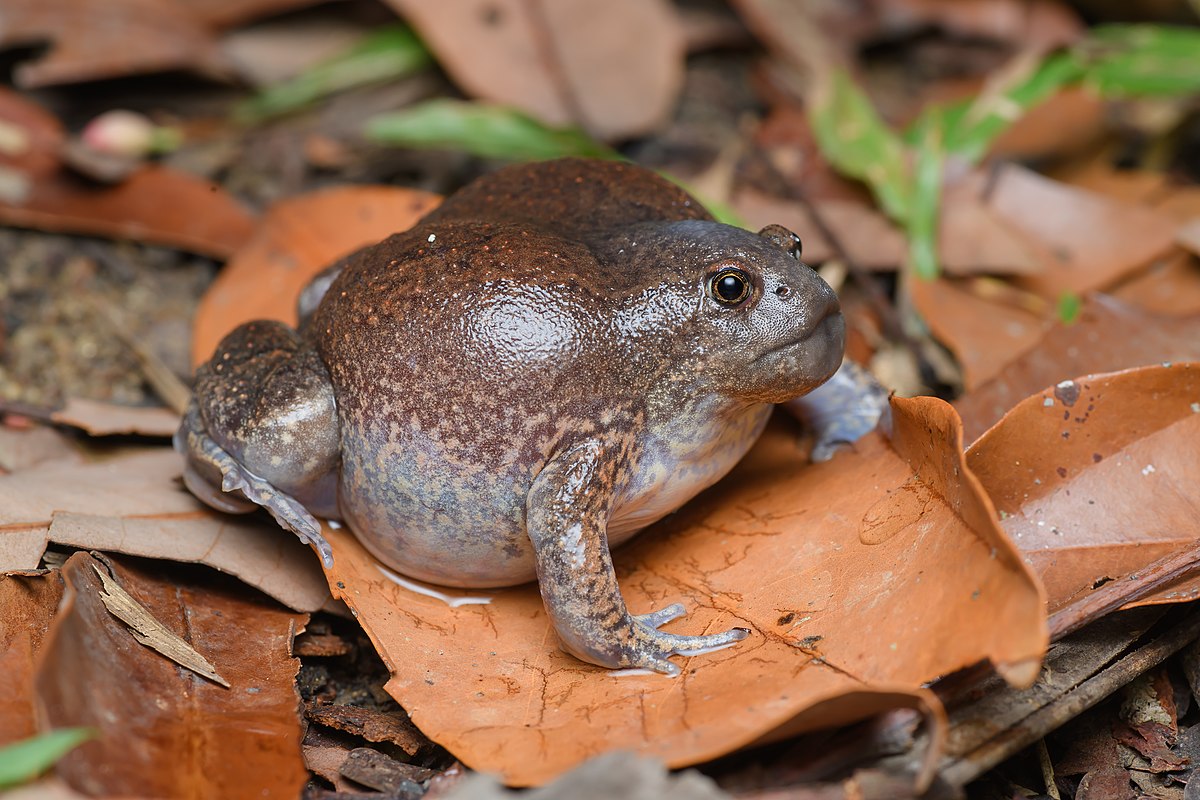 Glyphoglossus molossus is a giant, unsightly frog from Southeast Asia that is known for its body size. The Balloon Frog, Blunt-headed Burrowing Frog, and Broad-lipped Frog are all names given to this frog because of their unusual appearance. Despite how it looks, the species is a delicacy in many parts of its range. During the breeding season, a lot of the species are harvested for food. In fact, this peculiar chubby frog is consumed as a delicacy in Thailand, where it is regarded as a genuine delicacy.

Sadly, this peculiar chubby frog is listed under the category of "Near Threatened" according to The International Union for Conservation of Nature (IUCN). There was very little information available regarding the species' breeding habits and tadpoles. A burrowing species, it spends the majority of the year underground, only surfacing in great numbers during the rainy season to reproduce in ephemeral pools created by the rain. 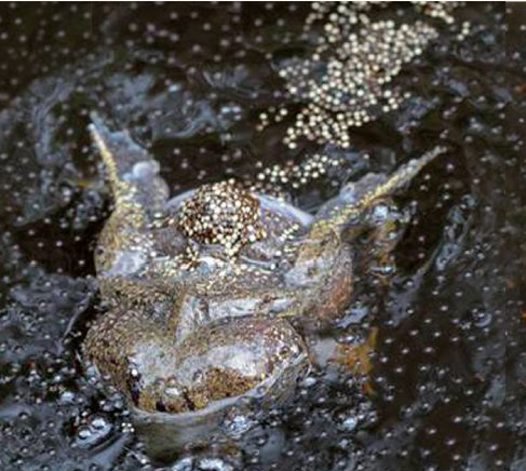 It has been possible to conduct a thorough investigation of breeding behavior thanks to the first footage of Glyphoglossus molossus. Couples in 'amplexus,' like many other narrow-mouthed frogs, deposit films of eggs on the surface of the water by conducting 'ovipositional dips,' which is a type of oviposition.

For a few seconds, the couple submerges their heads beneath the surface of the water, allowing eggs to be released and fertilized on the water's surface. Per plunge, approximately 200-300 eggs are released.

What Are 5 Facts About Frogs

Take a look at some of these fascinating facts that might just surprise you.

During the breeding season, vast groups of frogs gather to look for food, much like an army. Frogs that travel in large groups have a better chance of survival than those who travel alone.

Through Their Skin, Frogs Drink Water

Water is consumed by frogs through the use of what is known as a "drinking patch," which is a patch of skin on the underside of their belly and thighs that allows them to absorb moisture through their skin.

Frogs Live All Over The World

Antarctica is the only place that isn't on this list. Too cold! Frogs can live both on land and in water, but they move more quickly on the ground by jumping and climbing, which is how they get around. Frogs with long legs can jump 20 times their own height!

The "Goliath Frog" Is The World's Largest Frog Species

Western Africa is home to the 'Goliath Frog,' which may grow to be about a foot in length and as heavy as a ton of 7 pounds! The world's tiniest frogs, on the other hand, are less than half an inch in length.

They Have Their Eyes And Nose On Top Of Their Heads

They are able to see and breathe while the majority of their body is submerged in water.

The back and sides of the blue poison dart frog are a stunning azure blue, with black markings on the back and sides. The venomous nature of the frog is indicated by its vivid hue, which alarms potential predators.

It is not harmful to people unless you lick it or consume it, which is not recommended. It acquired its name from the skin toxins that the locals placed on the tips of arrows and darts to ward off predators.

The desert rain frog can be found in Namibia and South Africa, among other places. They live on the sand between the sea and the sand dunes. They have round bodies, short limbs, and big eyes. They can grow up to 6 cm (2.4 in) long. Another interesting thing about this frog is that it makes a high-pitched sound, like a squeak toy.

This is possibly the most famous of all cool frogs. The red-eyed tree frog is found in Mexico, Central America, and Colombia. Their bodies are green with yellow and blue side patterns. Their pupils are vertically constricted and their eyes are crimson. The adhesive pads on red-eyed tree frogs' toes help them cling to foliage.

This is without a doubt one of the coolest frogs on the face of the planet. Known for its transparent belly, which allows you to see the heart, liver, and gastrointestinal tract through its skin.

CANE TOAD POISONING: WHAT TO DO!

The toxicology of cane toads is a topic that is often disregarded while discussing items that can easily affect dogs, and in some cases, cause their death. Because they contain poison in their poison glands, cane toads are able to expel it when they are threatened as a defense mechanism. Dogs are extremely sensitive to this venom's toxicity. If your dog has been exposed to this poison, there are a few precautions you should take to safeguard the safety of your pet's health. More information can be found in the video above.

You are appreciated for taking the time to read this article about a strange and chubby frog who is making waves in the realm of online communication and sharing. The author hopes that you will take away some vital information about the blunt-headed burrowing frog that is the subject of this article. If you happen to come across this type of frog, please do not play with it. As you are aware, they are in danger of being exterminated.