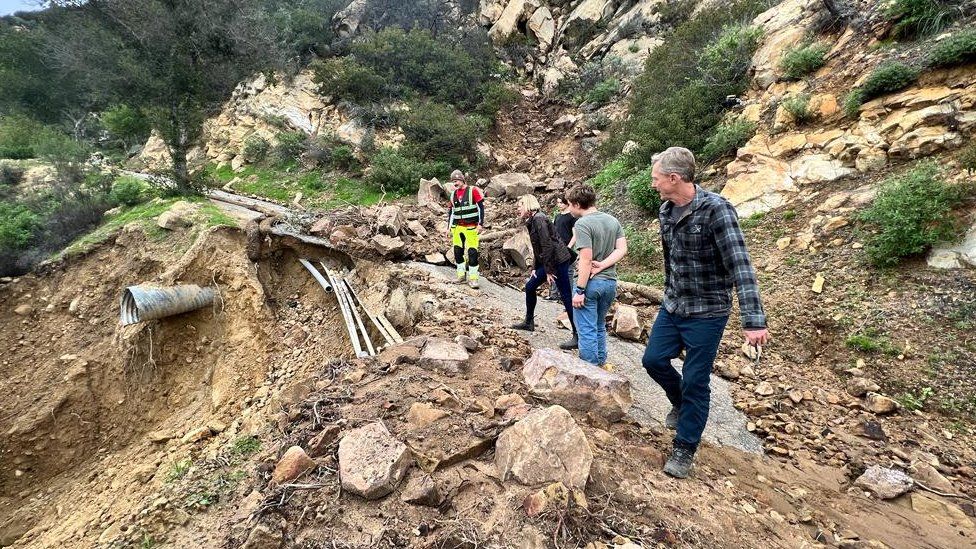 Millions of residents in California are on flood alert as catastrophic storms hit the state. According to a recent news report, they estimated that 27 million people in the said state are still suffering from the flood. Sadly, 19 people have died, and thousands of people have been told to leave their homes.

People who live in Montecito, which is 84 miles (135 km) northwest of Los Angeles, say that the rain makes their trauma worse. Many are concerned that a mudslide that killed 23 people here in 2018 could happen again.

Rita Bourbon says that stoneworkers from Italy saved her life. Her home was built by skilled workers more than a hundred years ago, and she says it's like a fortress. According to her, she lived through the storm five years ago, when she, her daughter, and a few friends cried inside while listening to boulders and houses that had been torn from their foundations crash into her house.

Afterward, the neighborhood up the coast from Los Angeles was destroyed, and almost two dozen people were dead, including her neighbor, whose body she found in the mud in her garden. This past week, Montecito Creek turned into a violent, raging flow again.

This caused fire officials to tell the whole community, which includes some of California's most famous people like Oprah Winfrey, Prince Harry, and Meghan Markle, to h"Leave Now!" Despite the cancellation of the evacuation order, residents in Montecito are still worried.

This week, Powell guided volunteers as they dug trenches and filled sandbags throughout the neighborhood. He led us on a dangerous journey up a winding mountain road, where some dwellings were barred by enormous stones and muck.

One of the volunteers is film producer Steve McGlothen. He has lived in the area for 50 years and in his cliff-top home for 27.

He said that helping other people takes his mind off his own problems and the hopelessness he feels because it keeps raining. The hillside, which slid away for the first time this week, is covered with plastic sheets in an attempt to keep the recent rain from making the slide worse. He said:

Gavin Newsom, the governor of California, joined the volunteers in Santa Barbara as they filled sandbags. He says that the area is a "hot spot" that worries him for the next few days. He added:

We've experienced some 24 trillion gallons of water falling on this state in the last 16 days in the middle of a mega drought.

He claims that California needs to rethink how it controls water because the infrastructure was created for a time that no longer exists. On the other hand, everyone in California is glued to their phones, awaiting news of whether they need to evacuate and speculating on possible safe zones.

27 million under flood alerts across California

Extreme weather is nothing new for Californians, who often deal with fires, drought, and the possibility of the "Big One" that scientists keep predicting. In contrast, the "storm parade" that has been hammering California is very recent. This storm, which began in late December, has claimed the lives of at least 19 people so far.

A five-year-old kid hasn't been seen since fast-moving flood water in central California took him from his mother's arms as they were stranded in their car on the way to school. Vineyards in Northern California are still submerged.

Capitola's ancient wharf has been damaged, and the seaside town has been devastated. The river is surging in the renowned Salinas Valley, threatening California's famed agricultural heartland. US President Joe Biden has now sent federal assistance to the counties of Sacramento, Merced, and Santa Cruz.

Kimberley Rain Miner, a NASA climate scientist, says the problem with having so many massive storms so close together is that the earth is already saturated and can't absorb the quantity of water pouring so quickly.

If we are unable to slow the warming of the atmosphere, we can expect to see more and more extreme events happening more and more frequently. And that's global. That's not just in California.