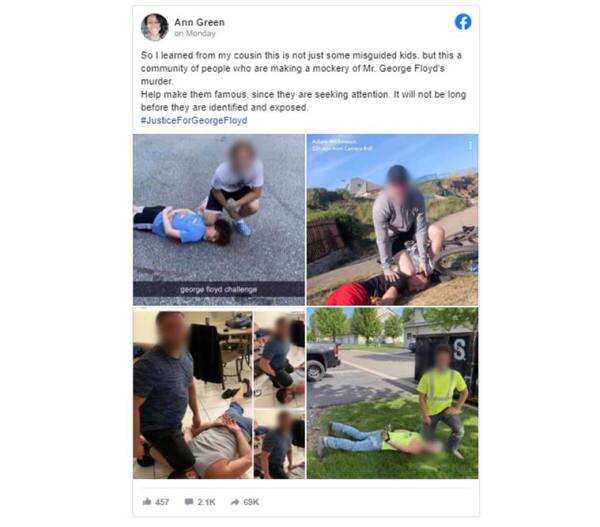 People are posing for selfies with a knee on a friend's neck in a pretend re-enactment of George Floyd's death at the hands of cops, according to social media sites. 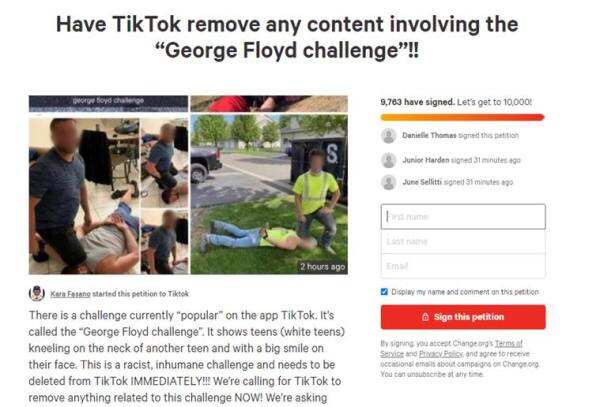 Three teenagers were arrested in the United Kingdom and probed for a suspected hate crime after posing in the awful way Floyd died in Minneapolis on Memorial Day.

However, several more images have surfaced, claiming to be part of a conspiracy, “George Floyd Challenge.”

Some users complained to the force about the photo, which featured the message, “Graduate Lives Matter.” and one user even claimed to be a recent Air Force graduate. The challenge prompted a response from certain social media giants, with the hashtag #GeorgeFloydChallenge failing to produce any results on Facebook and receiving a "Hashtag is Hidden" warning on Instagram's sister site.

According to a Facebook spokeswoman, it was deemed necessary:

“We are aware, and are removing these posts for violating our Community Standards, encouraging participation in a high-risk viral challenge.”

“How is possible that people is dying outside, whole afro community are finally saying out loud that #EnoughIsEnough and … you came with this disgusting challenge,” one person wrote, calling it “OUTRAGEOUS.”

“This is disgusting,” a user named Ila shared in her Twitter post, asking, “Who the HELL does this?”

“If you think this is funny, you’re a part of the problem,” wrote @TheRealLadyRaw, calling it “F–KING DISGUSTING.”

Requests for comment from Twitter, Snapchat, and TikTok were not immediately returned. Social media sites were also doing their best to removes these videos.