Tourists In California Are Fined For Visiting Hyperion, The World's Tallest Tree 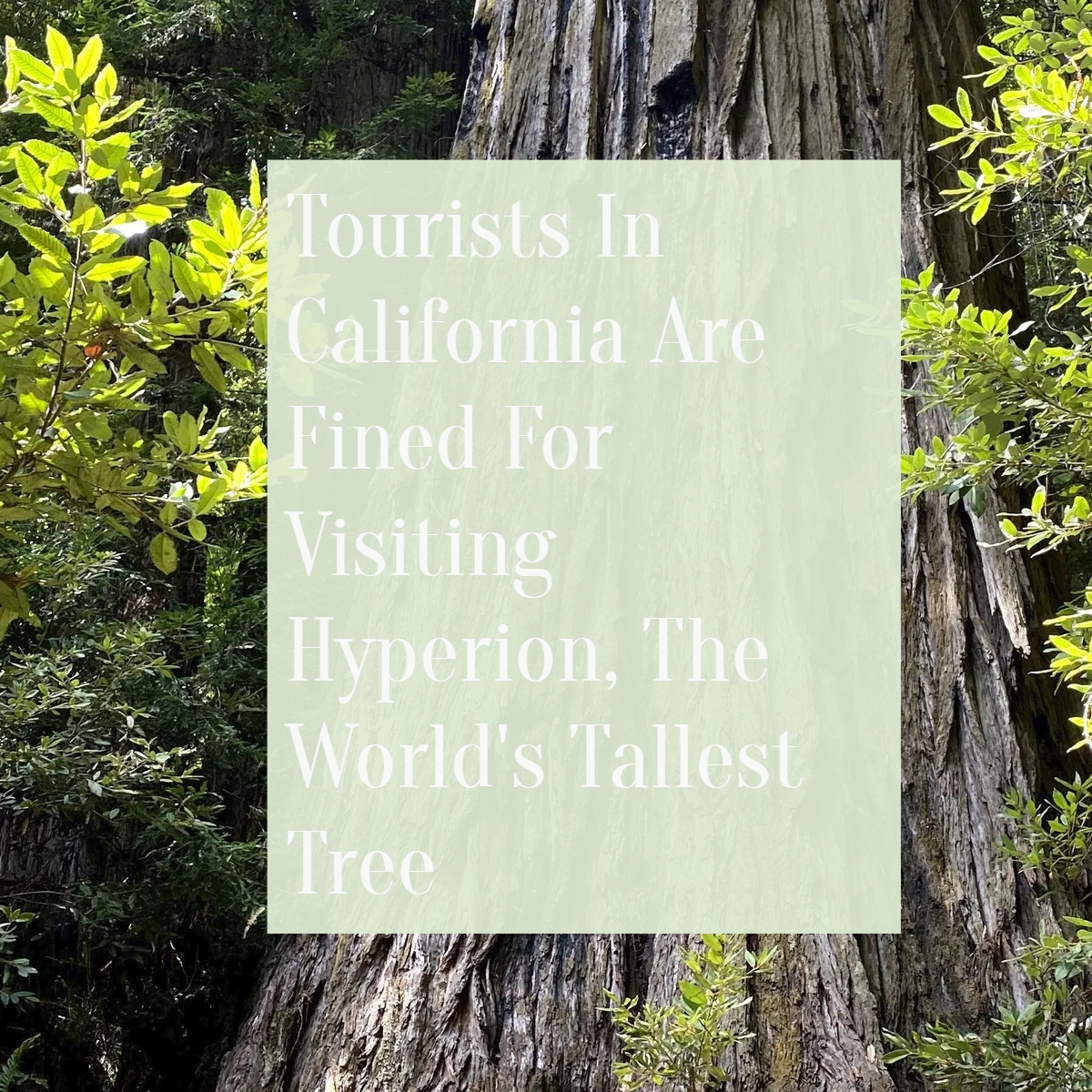 When people find something interesting and weird, they want to visit it. But when people tried to visit Hyperion, there was an unpleasant surprise for them. Because tourists in California are fined for visiting Hyperion. When did this happen? It happened in August 2022.

There is a redwood tree known as "Hyperion" that is the oldest living tree on Earth, according to conservationists and the renowned Guinness World Records.

Even though it's hard to get to, this only makes people want to go there more.

Tourists are being charged fees to stop them from damaging Hyperion further. The beautiful Redwood National Park in California is home to the giant Hyperion. 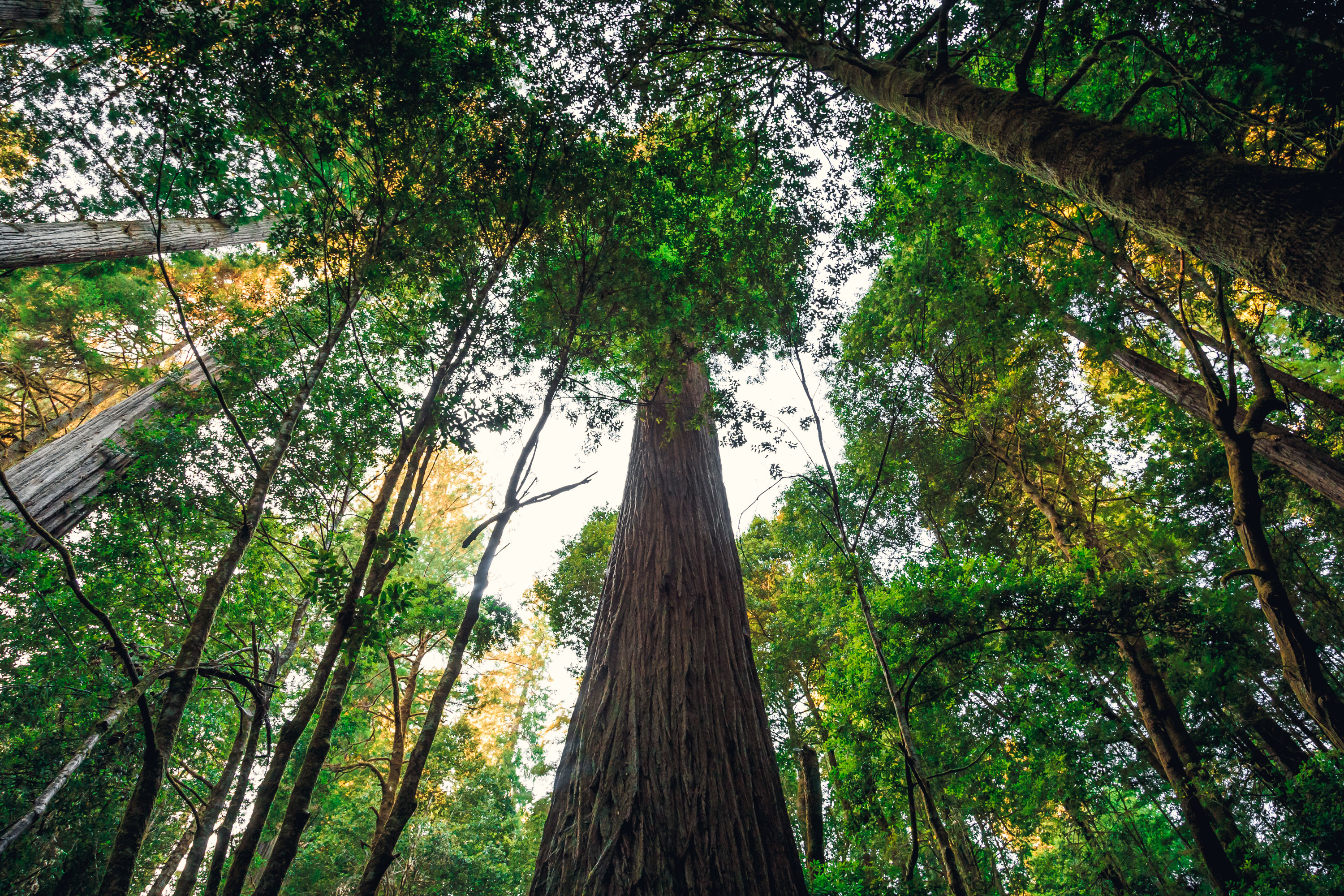 Hyperion tree view in the forest

“The coast redwood (Ssequoia sempervirens) tree is 115.92 meters (380 feet) tall, and its name is derived from Greek mythology — Hyperion was one of the Titans and the father of sun god Helios and moon goddess Selene.” CNN reports.

The diameter of its trunk is 13 feet!

For a long time, it was only visible from above, making it difficult for hikers to access. No paths lead to the tree.

It's so hidden that you'll need a machete to clear a path through the thick undergrowth just to get there.

Those who visit the Redwood National and State Parks in search of the world's biggest tree may be in for a rude awakening because tourists in California are fined for visiting Hyperion.

The Associated Press reports that visitors to the northern California park who veer off the trail in search of the tree known as "Hyperion" face up to six months in jail and a $5,000 fine.

In 2006, two naturalists found the huge tree in an off-limits area and told the rest of the world about it.

Since 2010, when travel bloggers and other fans spread the word that it was in an area with no cell service, a steady stream of visitors has been coming.

Damage to "Hyperion" has increased as more individuals have discovered the tree, despite the fact that they will need to bush-wack through the undergrowth to reach it.

A separate confirmation from a park official to Travel + Leisure states that the tree was closed to the public in 2022.

"The amount of garbage has increased, there's human waste that has been seen as more people go up to this tree," the park's natural resources manager Leonel Arguello told The AP.

"They create more social trails and all of that is having damage impacts to the vegetation, to the soils, and all of the garbage just sits out there."

In an interview with The New York Times, Arguello discouraged tourists from seeing the exceptional tree by calling it "the most uninteresting tree you'll ever see."

He also mentioned that the fines were meant to protect the tree itself.

"I hope people understand that we're doing this because our eyes are focused on the protection of resources and the safety of the visitors," Arguello added.

He instead recommended that people check out the Tall Trees Grove, which is home to towering redwoods and well-maintained paved walking paths.

The steps to conserve this mighty tree include that tourists in California are fined for visiting Hyperion.

And it is a great initiative; otherwise, humans are best known for destroying nature.