4 Unusual Body Features That Will Blow Your Mind 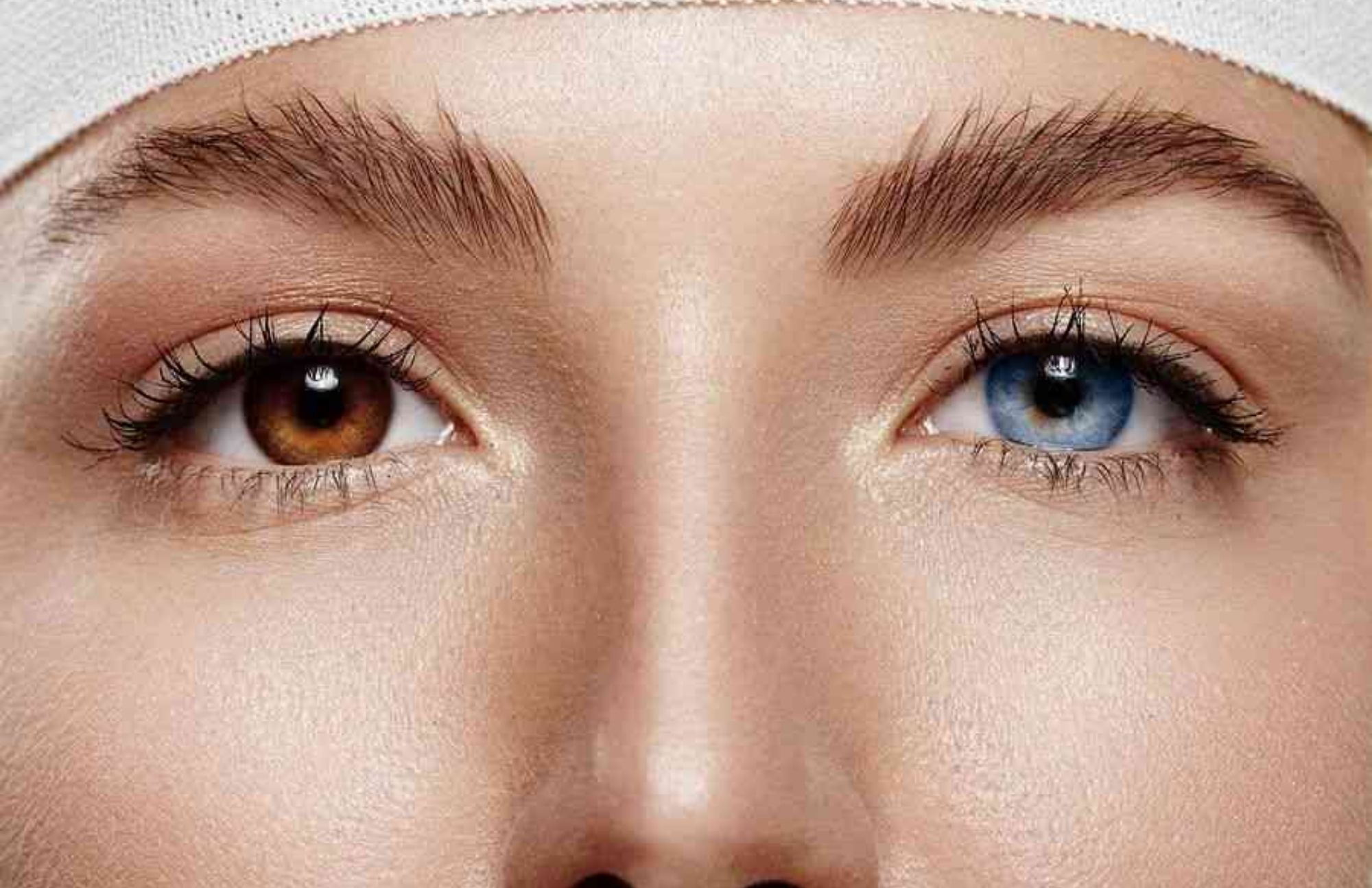 When you look at someone, the first thing you might notice is their hair, eyes, nose, or body, and all of these are examples of body features.

However, there are a few people who do have unique physical characteristics that will shock you.

In this article, you will be able to know the four unusual body features that really exist.

This was asked by a user from Reddit who goes by the username u/red2one; it has received more than 30 thousand responses since it was posted online and asks, "What’s an unusual body feature of yours?"

Here are some of the shocking comments that you will find. 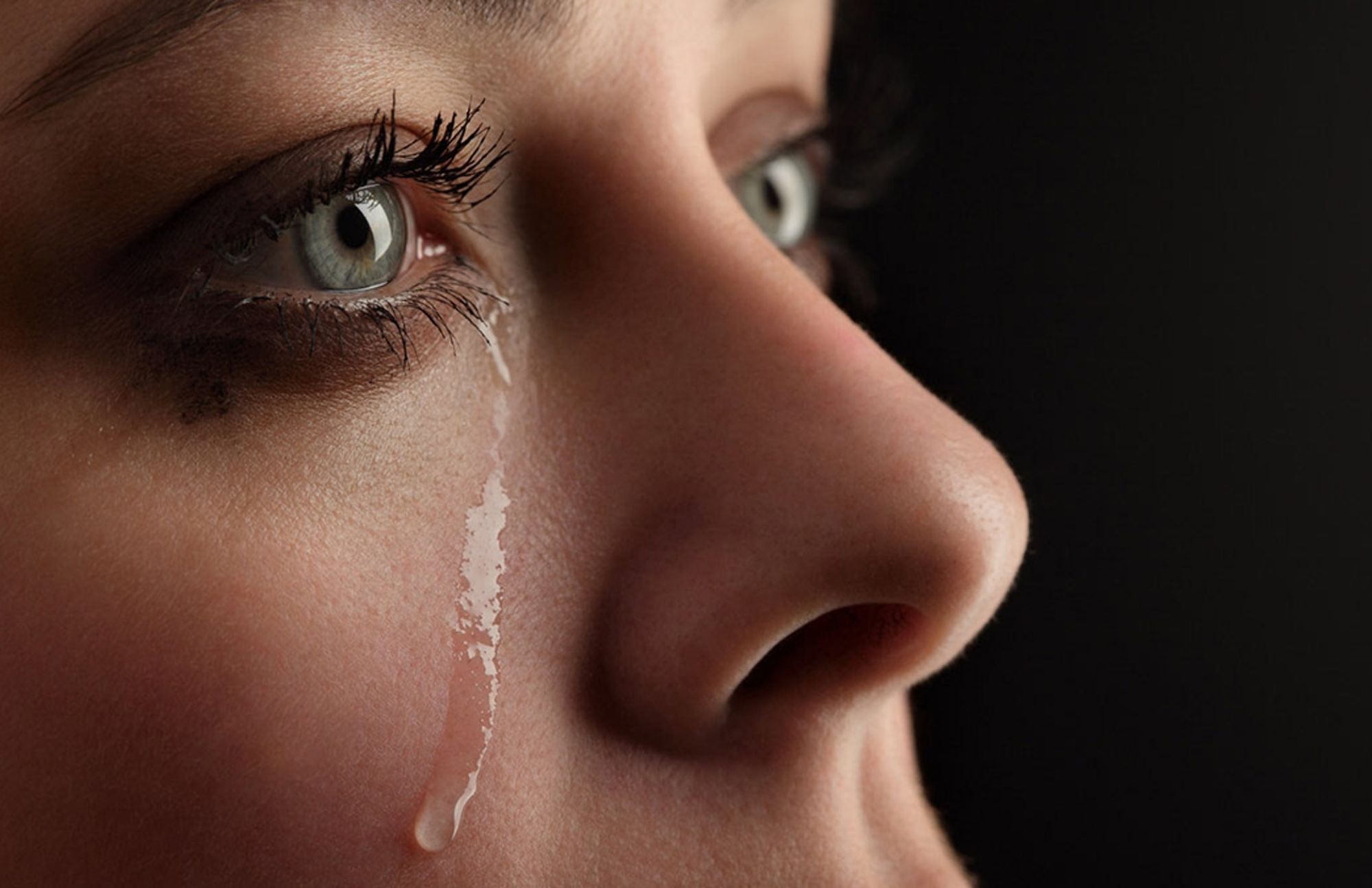 A woman wearing a maskara with tears pouring down her cheeks

Acidic tears are the first on our list of unusual body features.

It is normal to cry when you are feeling sad or frustrated, but there are some bodily conditions in which a person will try to hold back their tears because their body contains too much acid and crying causes a lot of discomfort.

This happened to Bitchybarbie82 where she commented:

Because of a blood disorder I have extremely acidic tears. My face swells, burns, and I get hives or an allergic reaction. A couple tears is annoying. Serious crying will eat away at my contacts, I’ll have to use cold compresses, and take antihistamines.

When someone asked if her eyes would burn when she cried, the user replied:

"Yes. They get really red and I’ll have to take my contacts out because they literally get a foggy haze over them like they’re worse out."

Another Redditor experience the same thing:

"Qtf I actually relate to this and almost seems like we got the same shit. My eyes when I tear fucking burn so much it's not even close to tolerable and I get these annoying hives that came up a few years ago but I try to stop the antihistamine pills so I can perhaps defend naturally. So far it's been helping."

Lastly, Pranav69Chauhan exclaimed: "Cursed tears. You can literally say to a guy "don't you fking make me cry""

The condition experienced by these Reddit users is called "Acidosis."

Acidosis is a condition that occurs when there are high levels of acid in the body.

When the body becomes too acidic or alkaline, it can lead to serious health issues.

Acidosis can be brought on by a number of factors, including eating habits, medical problems, and medications.

Some instances of acidosis are capable of being reversed, but severe acidosis, if left untreated, can be fatal. 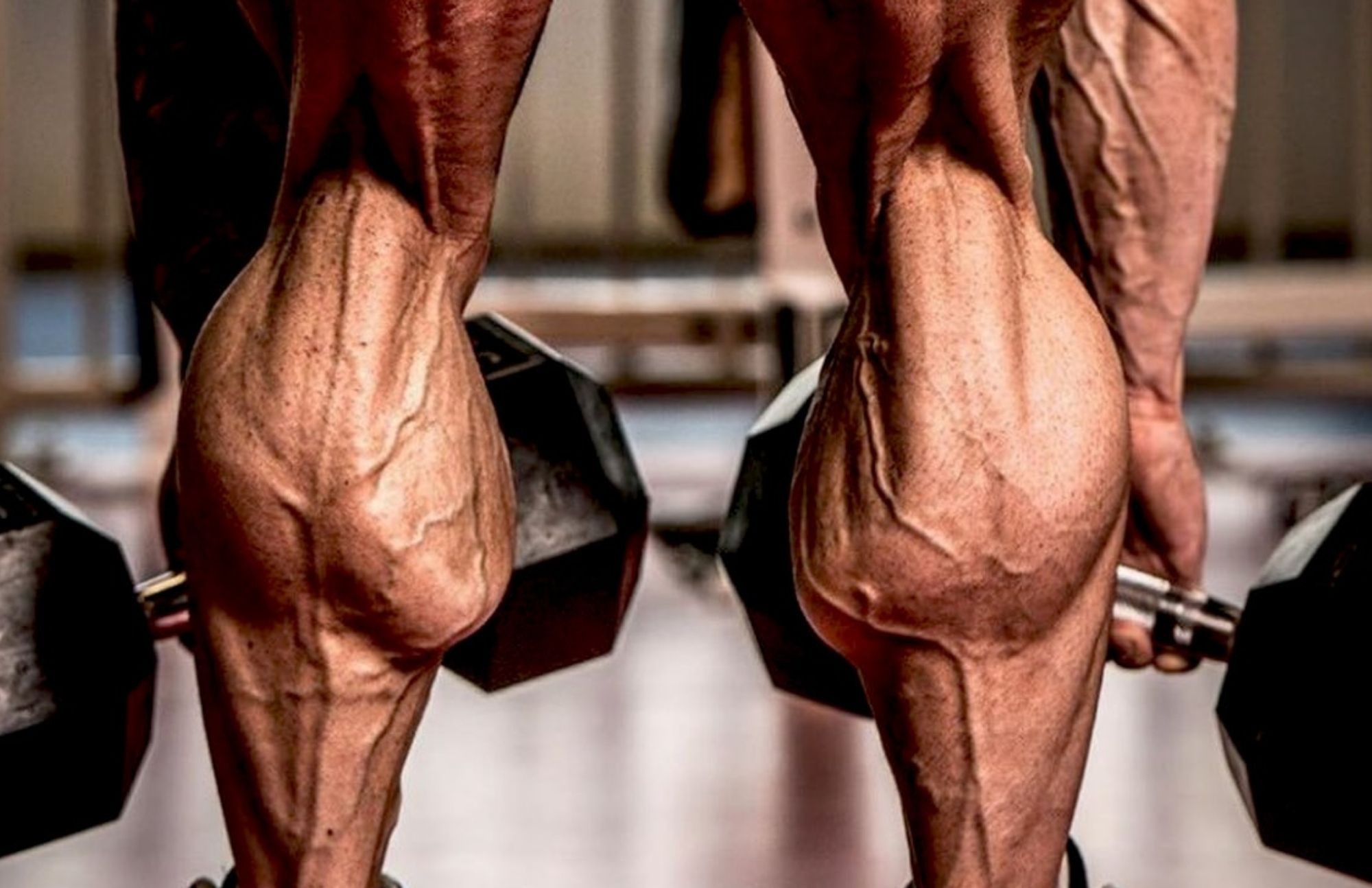 The second most unusual body feature is a person's having massive calf muscles.

One Redditor, MaxximumB, stated in the comments section that he has a large calf muscle but is not getting enough physical activity in the gym.

I have massive calf muscles. It looks like every day is leg day despite not doing weight lifting. My dad had the same.

Myownzen, another commenter, also felt this particular condition and stated:

"Interesting. My calves were stupidly big when I was younger and active with sports recreationally. Couldnt jump for shit. Ran slow as fuck. But I could leg press the whole rack no problem.

Only reason I can guess is that when I was little we had a pool and I would have to bounce up on my tip toes to keep my face above water when standing. It was that way for a few years until I finally hit a growth spurt. Probably didnt cause it but no one else in my family has calves like me and the rest of my legs are normal. So it's my guess."

"Dude same. It makes it so hard to get good costume pants, or long socks to stay up."

Lastly, rudiger_mcrudington related to this when he mentioned:

"I have the same kind of thing, never go to the gym or do any real calf exercises but have had multiple guys come up to me and compliment me on my calves in random situations and I've never know what to say because it's such a random compliment!"

Even though the rest of our bodies may be slim, many people have plump legs, particularly in the calves.

To effectively slim down large calves, it is necessary to first understand what causes them to be large in the first place.

Genetics, eating too many salty foods, carrying excess body fat, or doing improper activities for your body type might cause bigger-than-average calf muscles.

However, it's also worth noting that larger calves can mean better health.

According to a study of 6,265 people published in the Journal of the American Heart Association, the larger people's calves, regardless of age, gender, or body mass index, had fewer fatty deposits or plaques in their arteries.

This means that those in the study with larger calves were less likely to suffer from strokes and carotid artery disease.

In other words, being larger does not always imply being unhealthy. 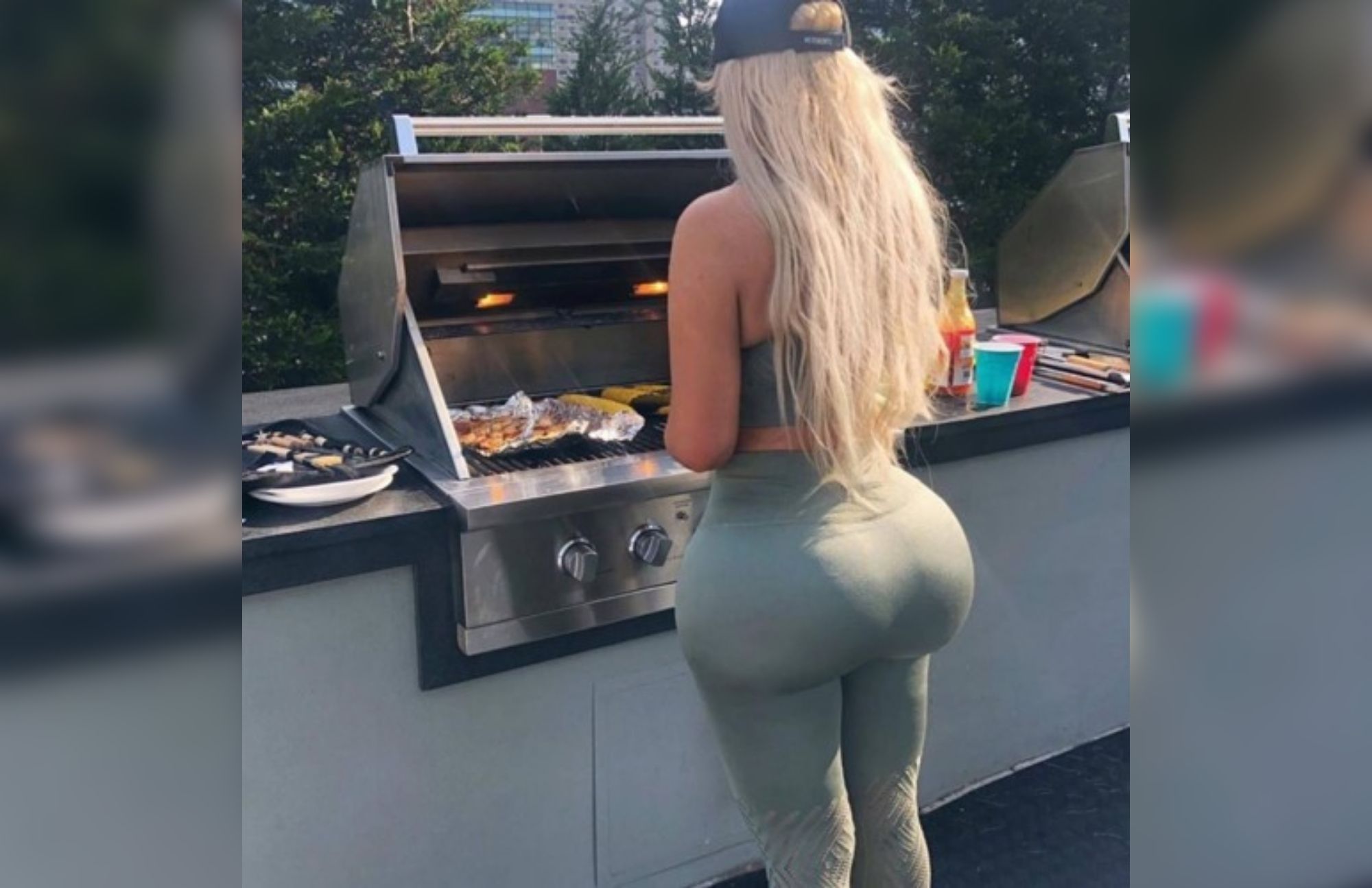 I developed arthritis at 16 years old, also I have a massive ass for a dude. Double cheeked up.

One Reddit user was really shocked when someone shared having a massive booty and said: "Arthritis? Chronic. This ass? Iconic!"

Some mentioned: "I commented on another sub recently that plenty of people like a dude with a large/curvy ass. Someone told me they (dudes with big asses) didn't exist. Hah!"

The struggles of having a massive ass also happens to BuffaloBarber where he said:

"I too have a massive ass. Like dump truck and powerful. Bigger than my wife's. Before blowing out my knee my fatass could pick up a refridgerator."

"I've also got a big butt and I hate it. My SO call it silicon butt because it's so firm. It's just that it looks like a female bum rather than something that should be on a man. So I feel like I look more like a woman from behind sometimes and that makes me extremely insecure.

It doesn't help that my face has a somewhat boy-ish/girly look. People usually mistake me for 10 years younger. So I look cute and have a big butt. I could probably be mistaken for a girl and I don't want that. It's not my thing."

This condition is also known as "steatopygia." It refers to a condition in which there is an excessive amount of fat accumulation in and around the buttocks.

The fat deposit is not limited to the gluteal regions but also extends to the outside and front of the thighs, forming a thick layer that sometimes reaches the knee.

It is primarily a female trait, but it occurs to a lesser extent in males.

2 Nipples In Chest, 2 On Abdomen 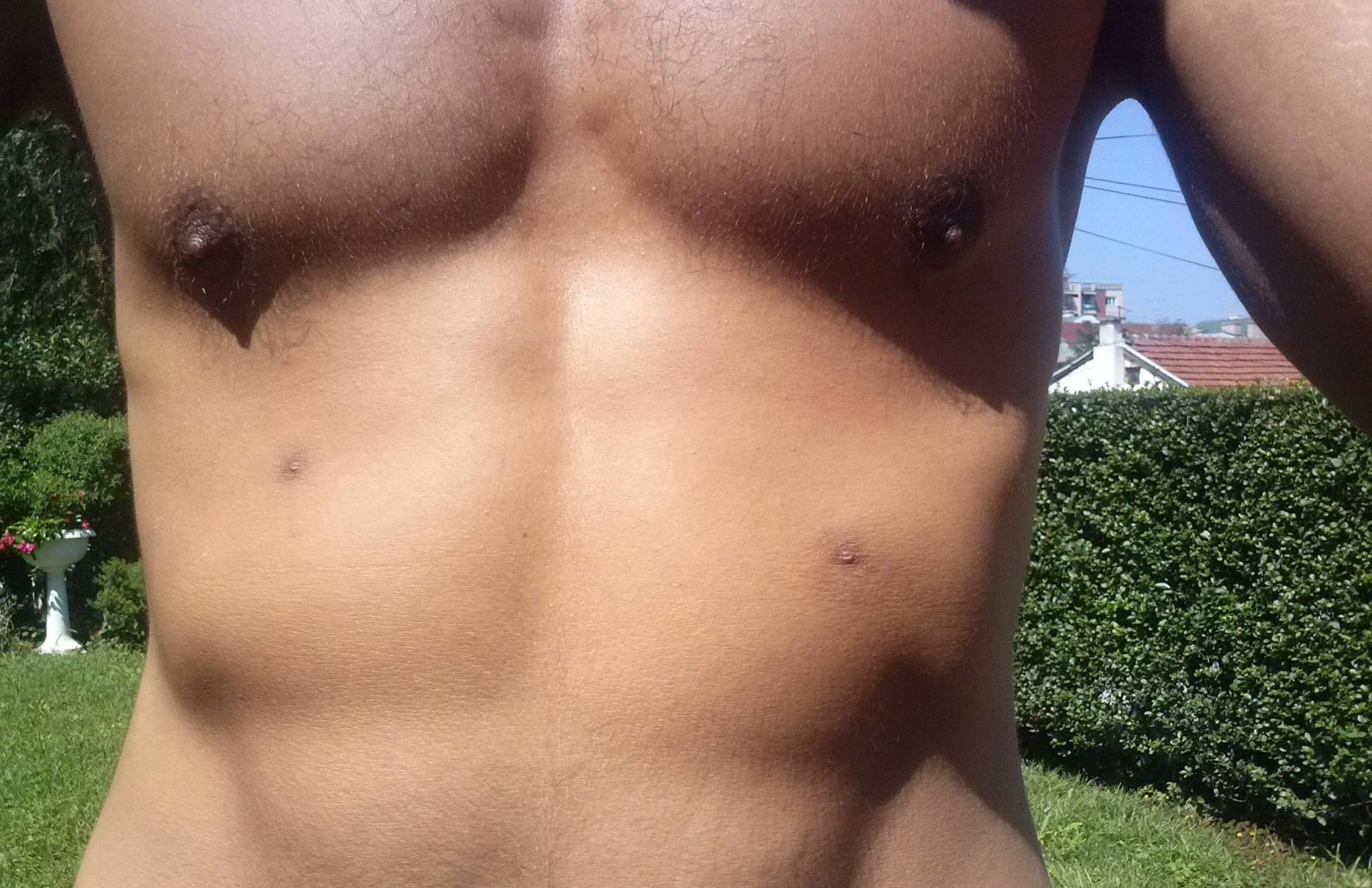 The last unusual body feature in our list is the "2 Nipples in the Chest, and another pair on the Abdomen." This is a really strange and unique body feature!

Roozer23 brought this out where he/she posted:

My Dad had 4 nipples. The extra two were on his abdomen on either side of his belly button. As a kid I just assumed all men had 4.

Another Reddit user also have this one and said: "Omg I have that too! Happy to know I'm not the only one."

Meanwhile, a user named Totally_Not_Anna posted a comment and saying:

"Ohh I have a third one in the same location! Apparently it's pretty common, around 1 in 11 people."

"My 3 yr old has a 3rd nipple. He has a lung tumor removed at 6 weeks old and when the surgeon cleared him after healing he was like that is not from me its his 3rd nipple. My eldest when a newborn had what looked like a second butthole. The Dr. said it was a sacral dimple. I guess I am making an xmen team."

However, the next Reddit user admits that his/her cousin does not have four nipples, but six.

"My cousin has like 6 nipples, two normals ones but the other ones are spread across his chest randomly and don't have an areola, just random nipples."

At this point, If you've heard rumors about Harry Styles having four nipples, we're here to clear the air. That is, after all, the truth. The former member of One Direction.

Despite his extra chest details, he remains the ultimate heartthrob for his fans worldwide.

While it appears to be something that should be kept private, he has spoken about it.

The fact that Harry Styles have 4 nipples is all over the internet. You should check it out!

Extra nipples are not uncommon, according to Joshua Zeichner, MD, director of cosmetic and clinical research for the Department of Dermatology at Mount Sinai Hospital in New York.

"When the body develops, sometimes nipple forming cells accidentally migrate down the chest below the normal nipple. Supernumerary nipples can grow anywhere on the chest, armpit, belly, or groin, along a vertical line called the "embryonic milk line" below the nipple," Zeichner explained. 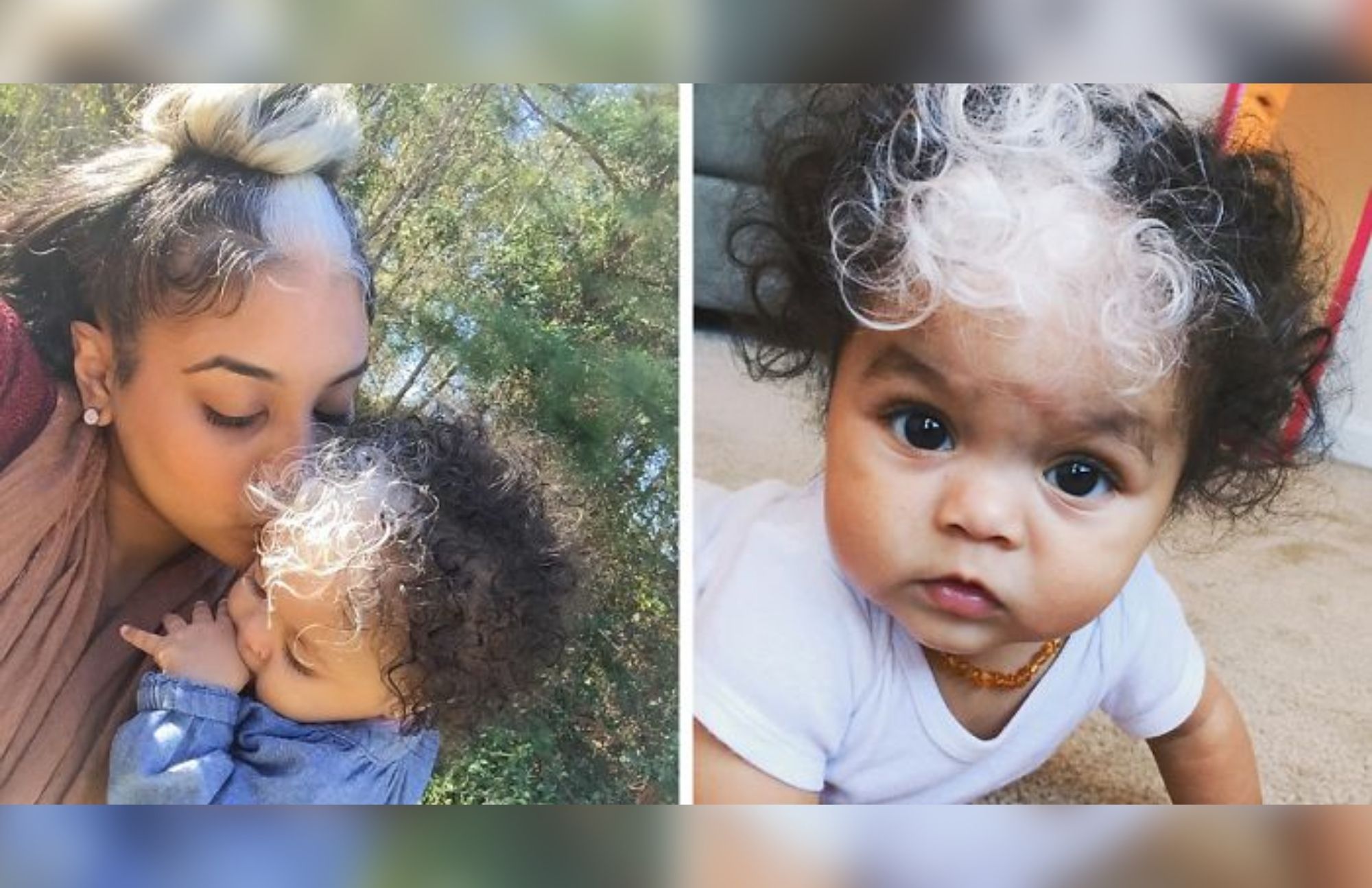 A mother and her baby both have white patch hair

Little Girl Born With White Patch Of Hair Like Her Mom

MilliAnna Worthy, from South Carolina, USA, was born with a seriously cool white hair streak on top of her head.

And it matches her mother, Brianna, who has the same patch of white in her hair as seen in the photo above.

This one-of-a-kind matching mom-daughter (and grandmother) look is beyond cool.

This case is called poliosis, and it causes a lack of pigment in the hair and surrounding skin, resulting in a white streak of hair.

This happens when melanocytes stop producing melanin. Hair begins to grow without pigment. It can be hereditary or caused by a genetic disorder.

Rare Body Features You May Have

What Are Features On A Body?

Body features, also known as physical characteristics of the body, are the distinguishing traits that are immediately obvious to the naked eye and contribute significantly to one's first impression. For example, eyes, hair, nose, etc.

What Is The Rarest Thing To Be Born With?

What Is The Most Attractive Feature Of A Woman?

Men polled preferred women with legs that were proportionate to their height. Long legs were not shown to be a desirable feature among men, but long arms were.

The Sydney-based researchers write: "Scanned bodies of taller women who had longer arms were strongly preferred."

The author hopes that you enjoy reading this article about the four unusual body features!