What Are My Angel Numbers And Their Meanings? How You Can Use Them To Help Yourself? 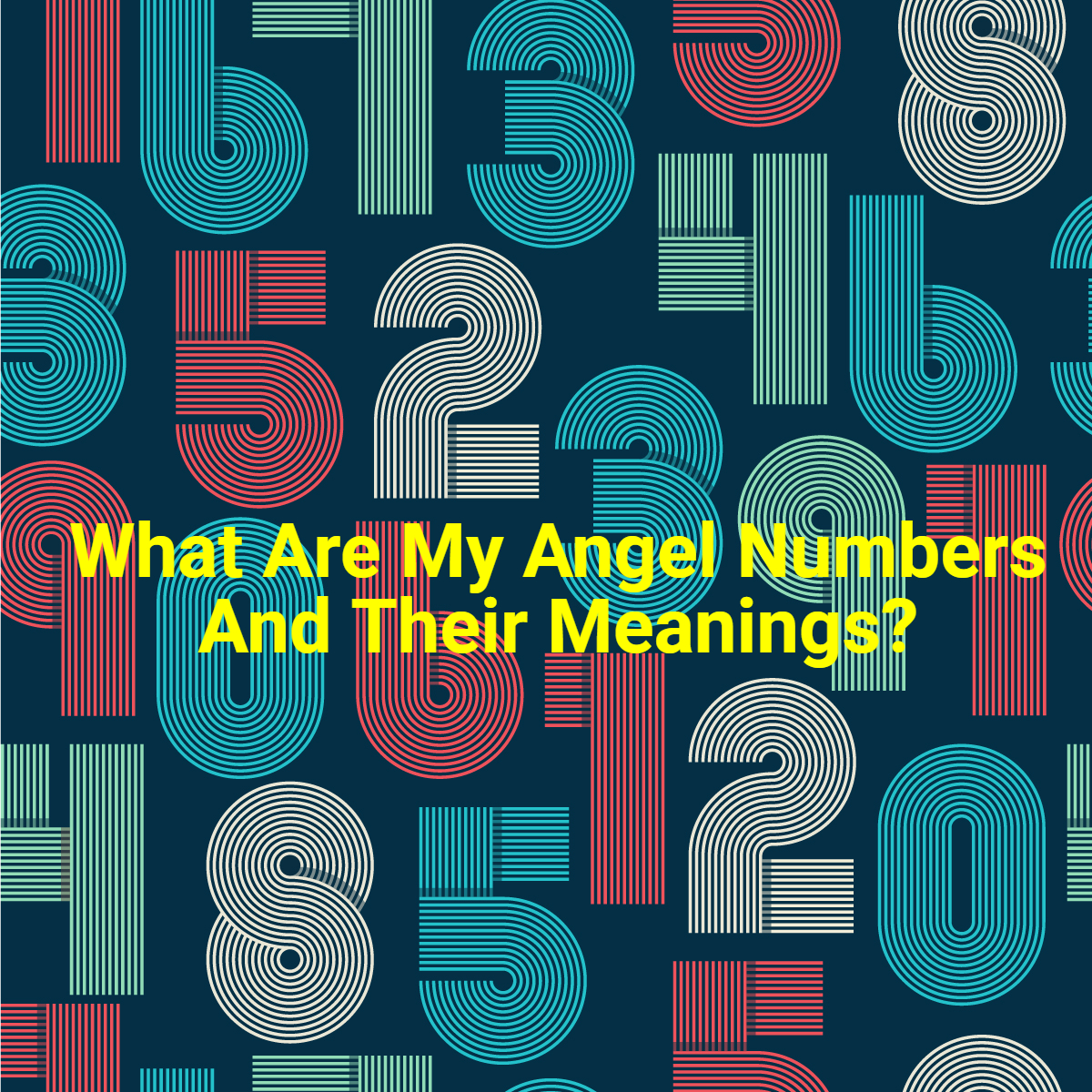 What are my angel numbers and their meanings? Can you always tell what time it is, whether it's 11:11 or 3:33, just by looking at a clock? Perhaps you've noticed a pattern of recurring numbers in your life, such as the $22.22 on your most recent transaction.

While these statistics may seem coincidental to some, others see them as anything but. Angel numbers refer to recurring numerical sequences, which many people see as messages from above.

Angel numbers, according to numerology, are sequences of numbers (such as 11:11) that appear repeatedly and have meaning. If you keep seeing the same sequence of numbers, especially in sets of three, it could not be random.

If you believe that each number is linked to a certain vibrational energy or frequency that incorporates significance beyond its mere mathematical value, then angel numbers may be seen as a sign from the universe that you are on the right track with your present course of action.

What Is My Angel Number?

Seeing that angel numbers are unique to each individual, there is no way to determine them via objective means. Since numerology is a personal practice, if you keep stumbling onto the same number, it may be your angel number.

Furthermore, Wilder remarked that numerical notation is not always required. One's interpretation of a sign may be influenced by the presence of familiar symbols, such as a flower or animal.

Finding your angel number is as simple as keeping track of the times a certain number appears. Paying closer attention to the angel numbers might aid in developing your psychic abilities.

Why Do I Keep Seeing My Angel Number?

Angel numbers may be found almost everywhere, including on receipts, license plates, clocks, bank records, and invoices. Seeing angel numbers around is a sign that you're being guided or supported by the spiritual cosmos.

Aside from angels, humans may also generate angel numbers. According to Wilder, some people think they might be messages from the afterlife or from spiritual guidance.

The dread that has gripped the planet and its inhabitants over the last several years has shown no signs of abating. Observing these recurring configurations gives us the sense that we are still being guided and supported by a higher power.

As you begin to forge your own connection with angel numbers, you may make use of the potent spiritual interpretations of digits in numerology to decipher the significance behind certain sequences.

0 represents opportunity. 0 in a sequence may indicate a new beginning. You can construct anything because you're starting a fresh cycle. Make large, bold choices now.

1 manifests powerfully. If you see one as an angel number in a group of 3, 4, or a pattern, it is thought to represent a "greenlight" from the universe to make a wish, establish an intention, or plant a seed. The present and future are dynamically linked when you have amazing help from your angels, guides, or ancestors.

2 implies balance, trust, and alignment. 2 in a row may indicate that a physical or spiritual being is guiding you. Seeking heavenly partnership with your closest friend may be a good idea if you see twos.

3 indicates magnetic inventiveness. 3 as an angel number may indicate that you can contribute your particular skills to a problem. Three also suggests that delving into your natural talents will bring greater worth and abundance to your situation. Your art matters!

4 as an angel number indicates that you are anchoring, rooting, and nurturing a lasting infrastructure. Ask for help while communicating with four, particularly if you're working on long-term tasks that need unique skills. Trust is key to reaching new heights.

6, particularly in a triplet, is associated with the Devil or demons, but in angel numbers, it is helpful, caring, and empathic. Six can help you be compassionate to yourself. Angel number six reminds you that everything occurs for a purpose, so you may choose how to perceive a circumstance.

Angel numbers and casinos both favor 7! Seven as an angel number—in a group of three, four, or a pattern—could bring financial luck. Seven suggests doing new things to find new money. Integrating your faith and principles with short-term work may lead to steady income.

8 is one of numerology's most holy numbers, and seeing it as an angel number in a group of three, four, or a pattern may indicate a strong spiritual connection. Eights may indicate supernatural help from deceased loved ones for afterlife believers. Eight represents infinity, the unending circle that surpasses every lifetime, so trust your instincts when this angel number comes.

9, the last digit in numerology, signifies a chapter is ending. 9 as an angel number in a set of 3, 4, or a pattern indicates that an important cycle is ending and a new adventure is starting. This is also a great opportunity to try new things and extend your horizons. The spiritual universe will back your brave job or academic choices. 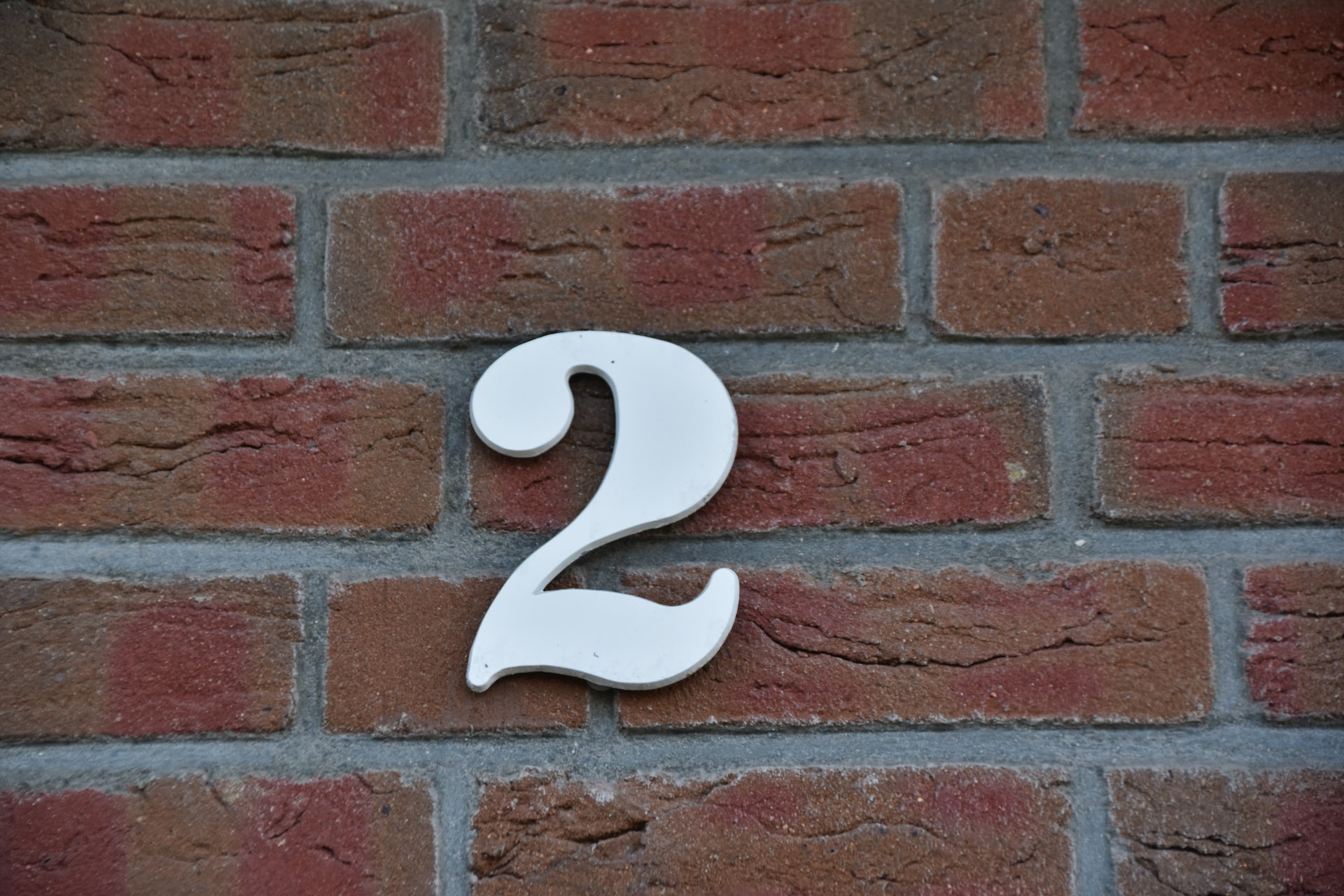 Number 2 on a wall

What Does It Mean To Read Angel Numbers?

If you observe a series of angel numbers, it may be a sign from on high that you should learn their meanings and incorporate their energies into your life.

What Are Spiritual Numbers?

The purpose of the spiritual numbers is to draw your focus to a particular message. All of these Angel Numbers are messages from above, provided to us by our guardian angels.

What Makes Angel Numbers So Magical?

How Do I Find My Angel Number?

Repeatedly seeing the same sequence of numbers may be a sign and your own unique identification number. However, your personal angel number may be calculated with only your birth date.

What are my angel numbers and their meanings? The digits 1111, 777, 5656, and 321 are all examples of angel numbers, which are defined as recurrent or foretelling patterns of numbers. They might appear in unremarkable areas like price tags, phone digits, clocks, and car plates.

However, these angel numbers are seen as messages from the cosmos by those who practice numerology, the study of the purported divine or mystical significance of numbers.