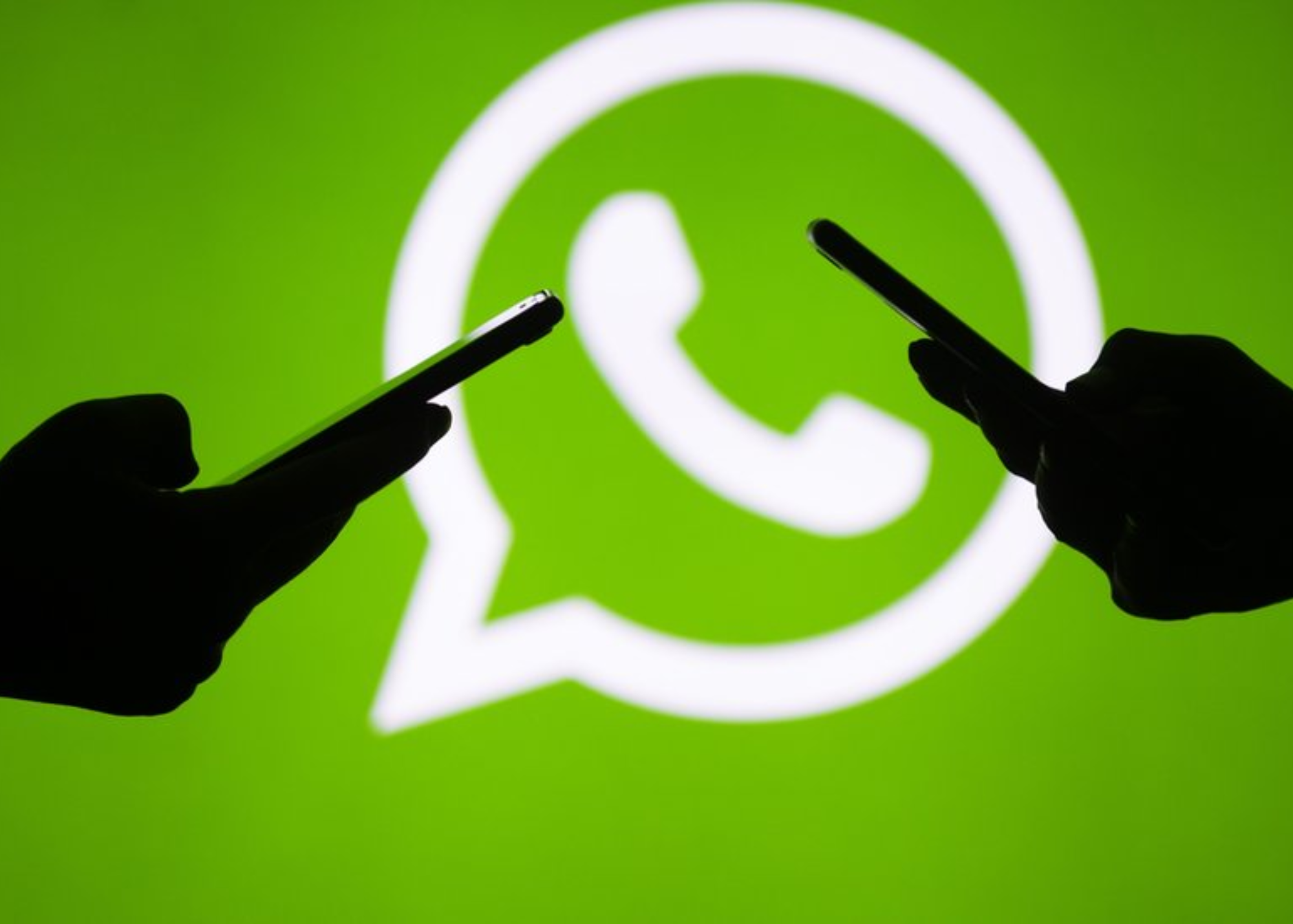 Although WhatsApp is not widely used in the United States, in other parts of the world it is a vital part of communication. If you are a user of WhatsApp, you should prepare yourself for the hackers' invasion. Why? It is because WhatsApp faces the threat of hacker invasion, says the Telegram founder.

WhatsApp is a free messaging app that can be used on multiple platforms. With just a Wi-Fi connection, users can make voice and video calls, send text messages, share their status, and more.

A hacker "could have full access" to a user's WhatsApp account, according to Telegram's founder. Despite being owned by the same company, Pavel Durov, the creator of VK and Telegram, has publicly discouraged his users from switching to the rival service. Durov says hackers are actively attacking WhatsApp and that users should switch to "any messaging app" other than WhatsApp.

Here's a screenshot of Durov's statement about the threat to Whatsapp below. In a Telegram post, Durov warned that hackers could access any and all data on WhatsApp users' phones. He stated

"Hackers could have full access (!) to everything on the phones of WhatsApp users. This was possible through a security issue disclosed by WhatsApp itself last week. All a hacker had to do to control your phone was send you a malicious video or start a video call with you on WhatsApp. You are probably thinking 'Yeah, but if I updated WhatsApp to the latest version, I am safe, right'? Not really." 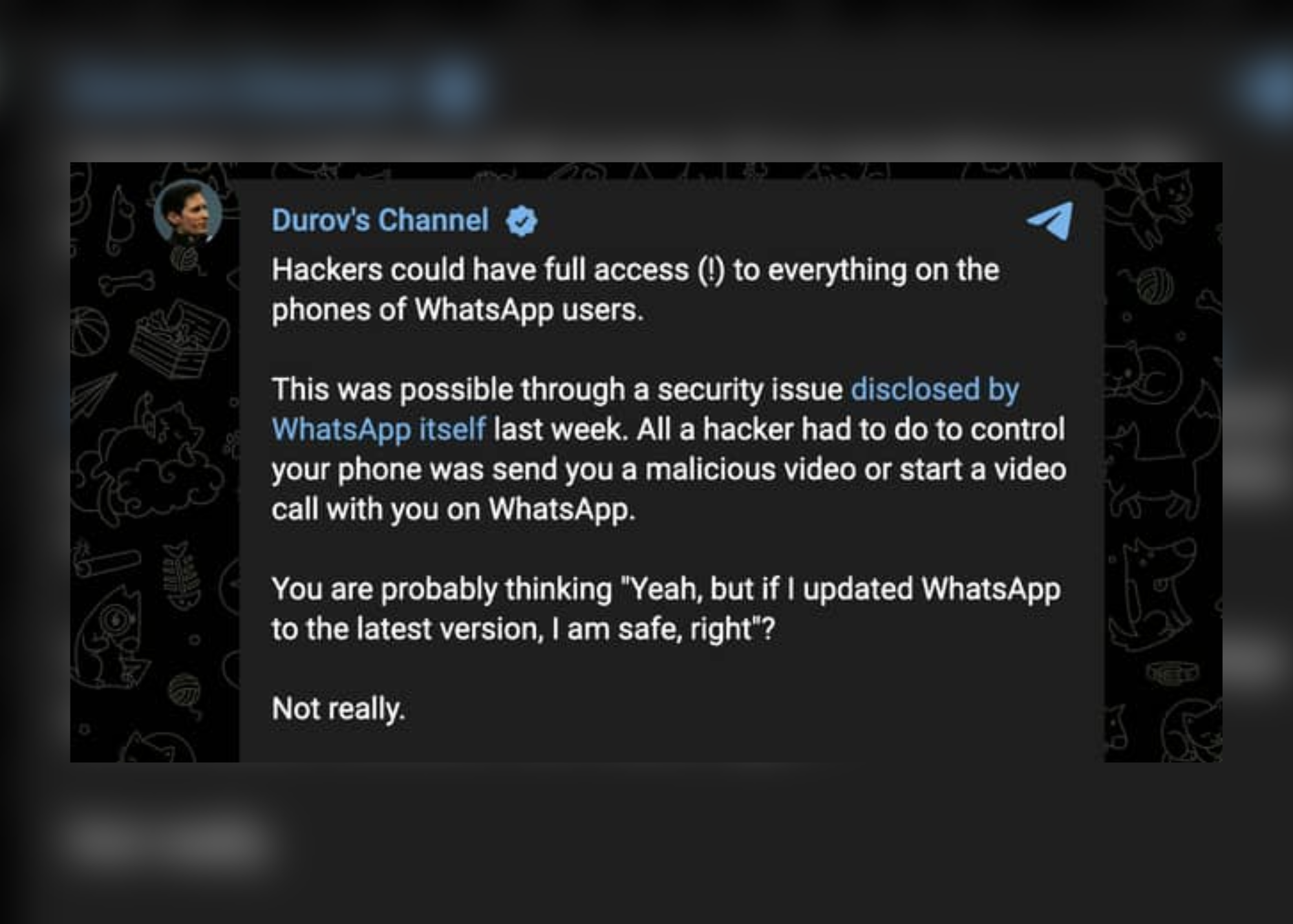 The WhatsApp update from last week is what Durov is referring to when he talks about the platform's security flaw. WhatsApp announced the following on its Security Advisories page: "An integer underflow in WhatsApp for Android prior to v2.22.16.2, WhatsApp for iOS v2.22.15.9 could have caused remote code execution when receiving a crafted video file."

Durov, however, has claimed that a "planted backdoor" is allowing hackers, law enforcement, and governments to access people's devices. On the other hand, please keep in mind that Durov has warned people before not to use WhatsApp. His subsequent Telegram post reads:

A WhatsApp security issue exactly like this one was discovered in 2018, then another in 2019 and yet another one in 2020 [...] And yes, in 2017 before that. Prior to 2016, WhatsApp didn't have encryption at all. Every year, we learn about some issue in WhatsApp that puts everything on their users' devices at risk. Which means it's almost certain that a new security flaw already exists there. Such issues are hardly incidental – they are planted backdoors. If one backdoor is discovered and has to be removed, another one is added (read the post 'Why WhatsApp will never be secure' to understand why).

Because it requires only an internet connection to make and receive calls and messages, WhatsApp is a great option for making cheap international calls. There are no costs associated with joining, and there is no need to worry about exceeding your data limit.

For example, WhatsApp is comparable to iMessage and Google's Messages, but it has some significant advantages (between Android and iOS, for example). The most important aspects of WhatsApp are briefly described below:

Voice and video calls: Besides regular phone calls, WhatsApp also supports video chats between up to eight people at once.

Voice messaging: You can make a voice recording and send it to a specific person or to a group conversation.

Secure messaging: WhatsApp uses end-to-end encryption, which makes it a secure messaging service where only the people who are supposed to get the messages can read them.

Photos and video sharing: Video, still images, and GIFs can be sent across SMS without the risk of image degradation or inaccessibility due to differences in mobile operating systems or wireless providers.

Document sharing: If you'd rather not use email or a dedicated document-sharing app, WhatsApp makes it easy to send common document types like PDFs, spreadsheets, and slideshows.

Desktop access and WhatsApp Business: In addition to mobile devices, WhatsApp also has a desktop client available for both Mac and PC. By making a WhatsApp business account, business owners can promote their goods and keep in touch with customers on a platform they already know and that is easy to use.

WhatsApp: Why Americans Don't Use It | The Deets

In spite of these claims, Durov has maintained that he is not trying to pressure anyone to use Telegram. When compared to Telegram's "over 700 million active users," WhatsApp's "over two billion users worldwide" stands out as particularly impressive.

Moreover, Durov stated that advertising for Telegram is unnecessary. In fact, he stated, "You can use any messaging app you like, but do stay away from WhatsApp - it has now been a surveillance tool for 13 years."