Which U.S. State Quarter Features A Guitar, A Trumpet, And A Fiddle? 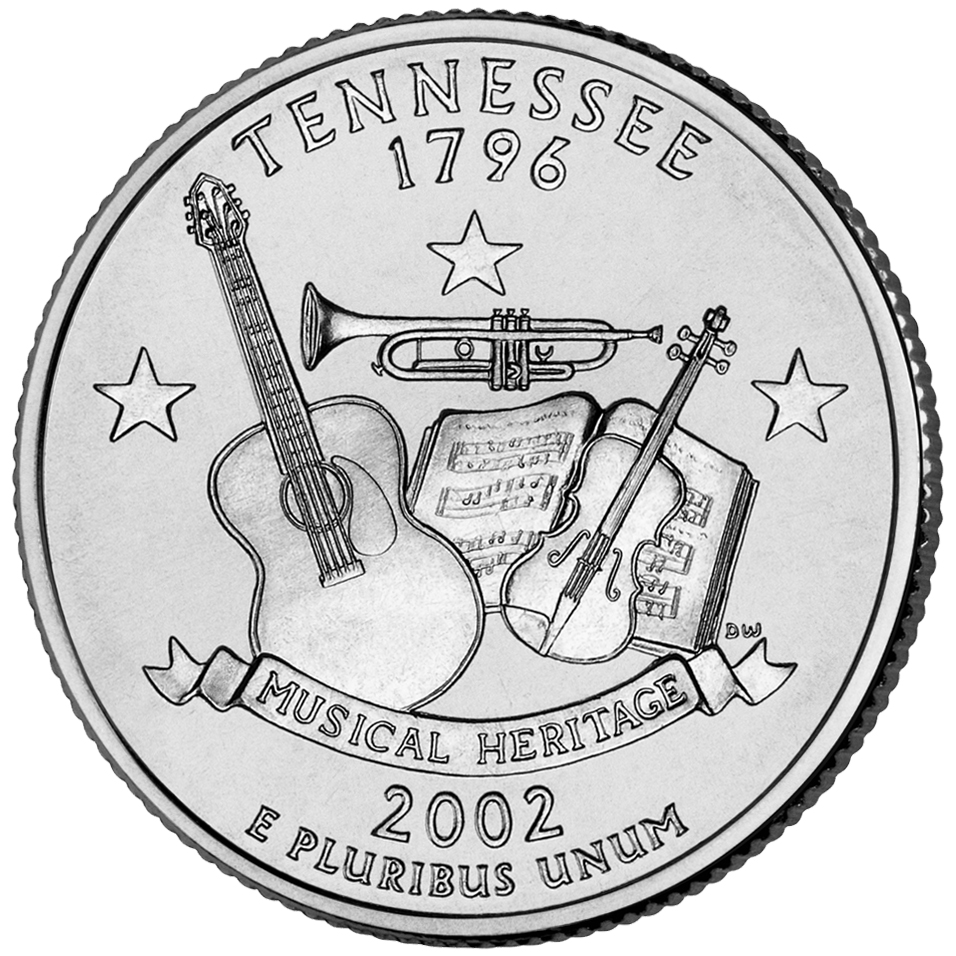 The United States Mint, which is part of the Department of the Treasury, made a set of commemorative quarters for each of the 50 states. Because of this, music is a big part of the quarter, which is to be expected in Tennessee.

Nashville is still one of the key hubs of the music business, after all. Not to mention that some of the finest session musicians of all time make it their primary location.

Which U.S. state quarter features a guitar, a trumpet, and a fiddle? Tennessee, a US state, is where the quarter with the guitar, trumpet, and fiddle is from. Of course, these are commemorative quarter coins rather than ordinary coins.

The concept behind the 50 State Quarters Program was to issue a coin for each of the 50 states. The ultimate goal was to create a currency that would recognize each state individually.

The entire affair ran for a total of ten years, and each year featured unique coins. All of these coins received approval in 1997. The state coins were minted for just ten weeks total, and it was decided they would never be made again.

The Design Of The Tennessee Quarter

The obverse design, which shows a picture of George Washington and well-known words, has already been talked about. The aforementioned guitar, trumpet, and violin are featured on the unique Tennessee coin.

The instruments are arranged in this precise arrangement, from left to right. These three components are not the only ones in the coin's distinctive reverse design, though.

The name of the state and the year 1796, the year Tennessee was admitted to the Union, are displayed at the top. Additionally, the Latin phrase "E Pluribus Unum," which means "Out of many, one," is written at the bottom, along with the year 2002.

The words "Musical heritage" are written on a banner below the instruments. You can see a book with sheet music open behind the instruments. Of course, the sheet music isn't an exact representation of any single song. Three stars can also be seen, one of which is close to each instrument.

Dona Weaver of the Artistic Infusion Program Designer created the reverse of this coin. You can see "DW" exactly near to the bottom right of the book on the flip side if you look closely. These are the initials of the artist.

What Is On The Oklahoma Quarter?

The Oklahoma state bird, the Scissortail Flycatcher, is shown in flight with its characteristic tail feathers spread out on the back of the quarter.

What Is On The Vermont Quarter?

The Camel's Hump Mountain and maple trees with sap buckets are prominently displayed on the quarter.

With White Oak leaf clusters all around, it showcases the Maryland Statehouse.

How Much Is A Tennessee Quarter Worth?

One in certified mint state (MS+) condition could fetch as much as $15 at auction, while one in Average Circulated (AC) condition is only worth about 25 cents.