Why Should You Be Concerned About Graham's Abortion Bill? 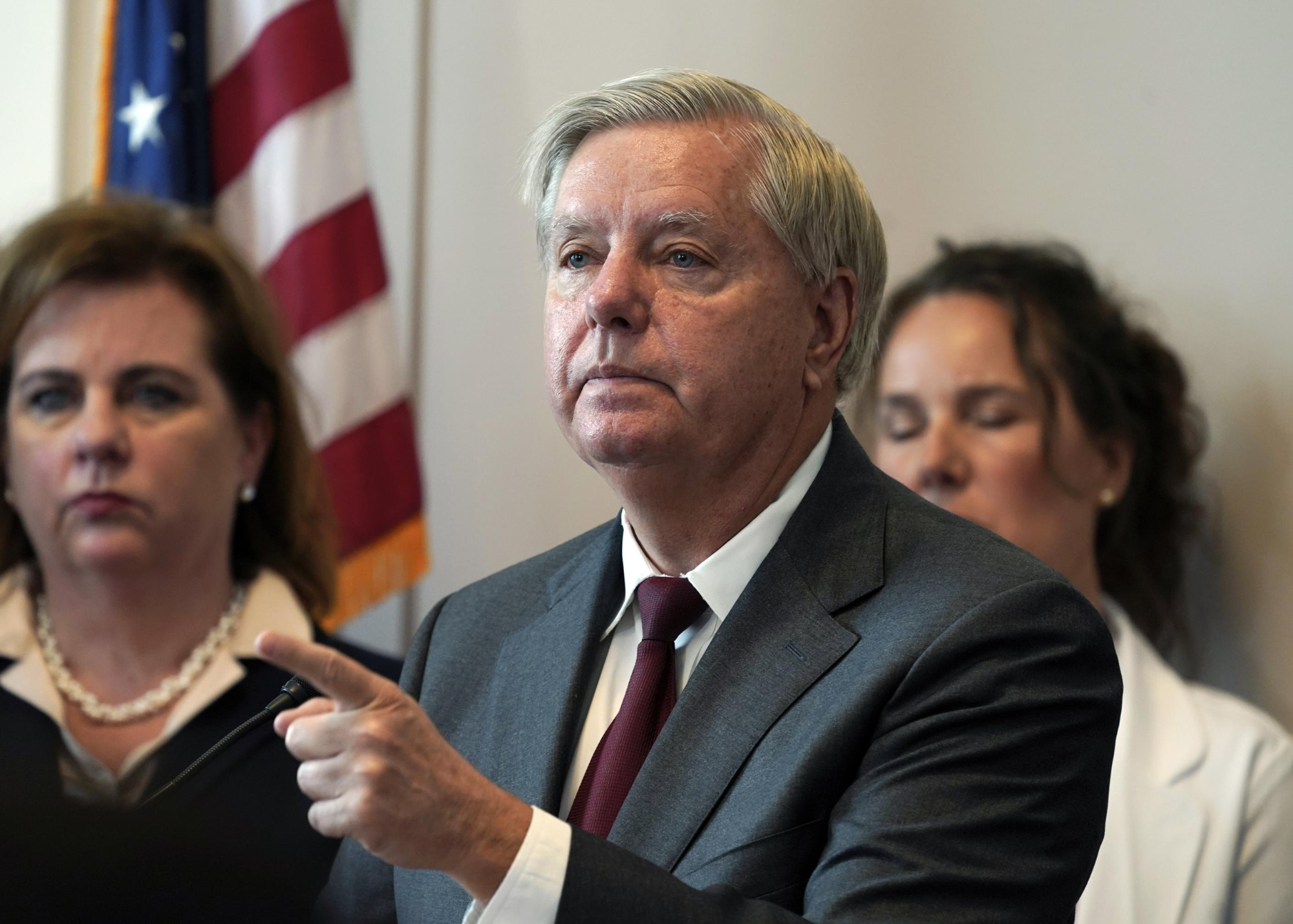 Senate Republican leaders don't want voters to think about the abortion bill introduced by Senator Lindsey Graham (R-SC) on Tuesday. The bill would make it illegal to have an abortion after 15 weeks of pregnancy everywhere in the United States, with a few exceptions for rape, incest, and situations where the mother's life is in danger. But, why should you be concerned about Graham's abortion bill?

Graham said that the standard of care in medicine right now is for unborn babies to get painkillers during fetal surgery at 15 weeks of pregnancy. Using painkillers, twin-to-twin transfusion syndrome and spina bifida can be treated with surgeries done while the baby is still in the womb.

Working closely with the preeminent pro-life groups in the country, we are today introducing legislation to ban abortion at a time when unborn children can feel pain. Our legislation, which bans abortion after 15 weeks gestation, will put the United States abortion policy in line with other developed nations such as France, Germany, Belgium, Denmark, Spain, and other European nations.

He further added: "After Roe v. Wade was overturned, Democrats in Congress have rallied behind pro-choice legislation which allows abortion right up until the moment of birth.

I view the Democrat proposal as radical and one that Americans will ultimately reject. Our legislation is a responsible alternative as we provide exceptions for cases of rape, incest, and life and physical health of the mother."

Graham's bill shows a lot about what Republicans want to do and what they might do if they get enough political power. Here are just a few of them:

Graham claims his legislation will put an end to "late-term" abortions. That's not a scientific term, by the way. It was made up by people who are against abortion on political grounds to describe abortions that happen after the 20th week.

On the other hand, at 15 weeks of pregnancy, you are only a few weeks into the second trimester. This is well before tests can find many of the most serious problems with the baby. Some women don't even know they're pregnant until 15 weeks, especially if they are young or don't have good access to medical care.

Graham's Bill Has Stricter Limits Than He Says

Graham says the legislation would merely bring U.S. abortion laws in line with those in Europe, where many jurisdictions prohibit abortion. Though popular among conservatives, this point of view is extremely misleading, according to some.

The laws are very different in each country. Even if there are restrictions, they are often open to exceptions that make it possible to get an abortion even late in a pregnancy, like when a mother's mental health is at risk.

In contrast, only rape, incest, and risk to the mother's life are specifically mentioned as exceptions in Graham's bill. Proponents of abortion rights argue that the exceptions are difficult to invoke due to the strict deadlines and documentation requirements. The Guttmacher Institute's principal policy associate for state issues, Elizabeth Nash, stated:

When it comes to rape and incest exceptions, the substantial red tape that comes with reporting and proving an assault, along with the trauma and stigma associated with sexual violence, makes the exceptions largely unusable.

Prohibiting All Abortions Has Long Been A GOP Goal

McConnell and Cornyn had a lengthy debate about whether or not Graham's bill represents the caucus position and whether or not abortion rights should be a federal or state issue. Neither, however, rejected Graham's core argument that abortion should be legal under certain circumstances. Why would they?

The official stance of the party is that abortion is murder and should be treated as such by the law because life begins at conception. It has been this way for almost 50 years, and it continued to be this way in 2016, the last year the GOP had a formal platform.

In line with this point, the 2016 Republican Party Platform reminds:

We assert the sanctity of human life and affirm that the unborn child has a fundamental right to life which cannot be infringed. We support a human life amendment to the Constitution and legislation to make clear that the Fourteenth Amendment’s protections apply to children before birth.

Abortion Is An Issue That Leaders Can't Ignore

Within the Republican Party, evangelicals are one of, if not the most, influential voting blocs. They have sway over the GOP nomination process because of the sheer volume of votes they cast, especially in early states like Iowa and South Carolina. And if surveys are to be believed, evangelicals are in favor of outlawing abortion completely or nearly so.

Theoretically, if the GOP takes over Congress, leaders like McConnell could decide the party's legislative priorities and prevent a bill like Graham's from coming up for a vote. Graham would not have made his announcement if those leaders had the ability (or were willing to use it) to prevent abortion rights from being discussed.

Also keep in mind that Republicans and other conservatives who support abortion don't necessarily see a 15-week ban as their goal. They see it as a compromise toward their ultimate objective of outlawing the procedure throughout the entire pregnancy. They have fought for the opportunity to pass these laws for many years, and now they can do so. Kudos to the Supreme Court.

Graham introduced the bill to serve as a template for future Republican legislation if the GOP were to win control of Congress in the upcoming midterm elections. Perhaps he was confident that his colleagues would back the bill because they had all supported his previous attempt at abortion legislation, a 20-week ban he proposed in early 2021. But this time around, Graham received a rather different reaction.