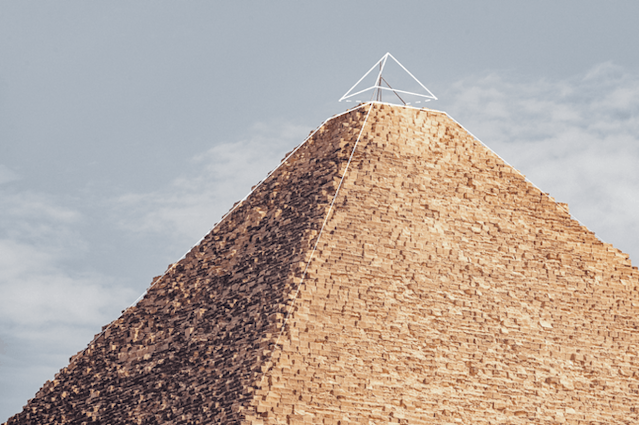 Generally speaking, a pyramidion (plural: pyramidia) is the highest section or ancient Egyptian pyramid capstone or obelisk in Egypt. Benbenet was the term used by speakers of the Ancient Egyptian language to refer to pyramidia, and the pyramid as a whole was associated with the sacred benben stone. 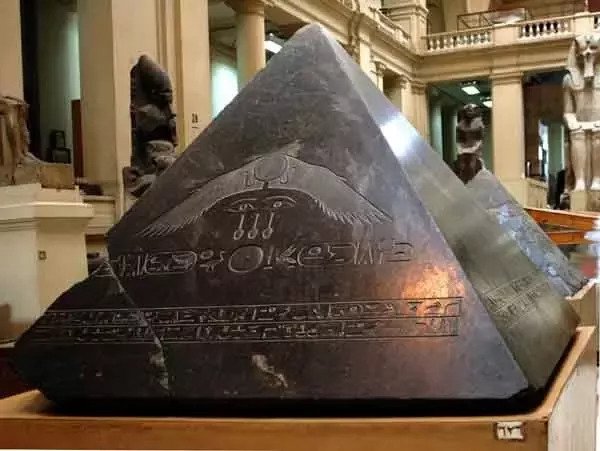 A close up shot of a pyramidion

What Was The Great Pyramids Capstone Made Of?

Pharaonic pyramidia were normally constructed of diorite, granite, fine limestone, or a combination of these materials, and they were then covered in gold or electrum; from Egypt's Middle Kingdom and up until the end of the pyramid-building era, they were constructed entirely of granite. An Egyptian pyramidion was "coated in gold leaf to reflect the beams of the sun," and during Egypt's Middle Kingdom period, pyramidia were "inscribed with royal titles and religious symbols," according to one source.

Only a handful of pyramids have remained to the present day. The majority of the pyramids that have survived are composed of polished black granite and etched with the name of the pyramid's original owner. The Egyptian Museum in Cairo is home to four pyramidia, which constitute the world's greatest collection. The pyramidia are displayed in the main hall of the museum. Some examples include the pyramidia from the so-called pyramidion of the Pyramid of Amenemhat iii at Dahshur and the Pyramid of Khendjer at Saqqara, both of which are located in Egypt.

In Dahshur, a badly damaged white Tura limestone pyramidion, thought to have been built for the Red Pyramid of Sneferu, has been reconstructed and is on open-air display next to that pyramid; however, its angle of inclination is steeper than that of the edifice it was apparently built to surmount, which raises a minor mystery about its purpose.

"That's cool. No matter how huge or small the pyramid is, that stone will fit. (All things being equal)"

"It's very interesting. I wonder if it been deciphered. It looks like owl wings over the eyes and 3 spoons."

Why? Did someone warn them about the ramifications of turning on the world's most advanced machine? They may have also examined changes throughout time. Electricity has been installed. Would that have harmed the workings? They don't say. Sir Siemens, a British inventor who ascended to the top with his Arab companions many years ago, found a certain sort of energy.

For the millennium festivities at Giza, the Egyptian authorities planned to top the Great Pyramid with a golden capstone. Everyone was excited about the ceremony. Then, without explanation, the ministry involved canceled its plan.

So the Giza Great Pyramid was a machine that needed its capstone. What did this machine do? Experts say it is a “13-acre, 6-million-tonne mystery”.

The Greek Pi and Phi are both represented here. The “tomb” notion ignores the inner halls and chambers. In actuality, the arrangement of the rooms, the materials utilized in their construction, and the stairways reveal a different story. But which? Scientists can only guess.

It needed to withstand the test of time, thus it was fashioned using the toughest stones. The pyramid has no hieroglyphs or inscriptions as previously supposed. Just outdoors. An ancient society created it, bringing with it the knowledge lost with Atlantis. That's why even with today's cutting-edge scientific technology, one this big and precise is impossible. The length, base, and diameter are all Earth's geometric measurements.

The Egyptian officials claim that the case is clear. They claim the Great Pyramid was built 2,500 years ago as a tomb for Pharaoh Cheops and the capstone was plundered along with other antiquities and valuables from the pyramids. It's possible that the Great Giza isn't a tomb at all, but a machine with a much higher and more important purpose, and that the capstone turned it on. And here's the theory behind it.

Why? A mystery, too. Aside from displaying the pharaohs' wealth and glory, some researchers believe there was another purpose. The metal absorbed the sun's rays and powered the entire structure, like a key turning a machine. The golden capstone and polished limestone pyramid sparkled at night like a dazzling star on Earth, viewable from space! 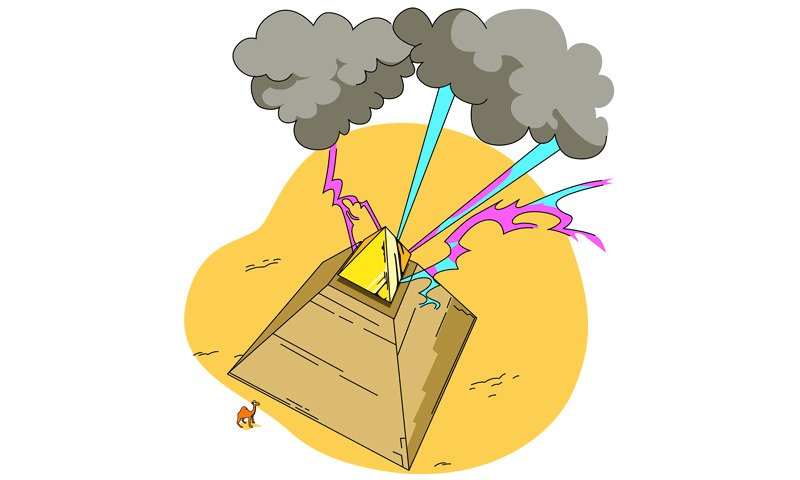 A digital illustration of the purpose of capstone in pyramid

According to certain reports, visitors to this massive monument have said that it lacks a capstone. The question has been asked for ages because the ancients realized it had no use without the capstone. Also, the capstone was either gold or coated in gold.

For starters, no one knows if there was one. Some insist it was never there. But, if the capstone didn't exist, what was the point of erecting the massive monument that required so much effort and time?

The Great Pyramid of Giza, Egypt, was long thought to have a missing top, which indicates that while it appears to be a flawless four-sided triangular structure, the summit is not a triangle, but rather a flat area with at least 30 feet of flat walking space.

Some of you may wonder, what is it? It is something that has changed the entire epic or story. And delving into the enigma has revealed many more mysteries and intriguing hypotheses. We can start our mystery or myth now.

We won't repeat what we've already said about the Great Pyramid in this column or others. Today we have a brand new topic - the missing capstone or a mysterious key or a portal.

The Great Pyramid of Giza, perhaps man's most awe-inspiring and majestic edifice, has been researched and examined for millennia. No one knows how old it is, though many have tried to conjecture and even explain its genesis scientifically. But the enigma endures.

Traditionally, the ancient Egyptian pyramid capstone or top of the pyramid is added right before the top. It is claimed to be the same shape but smaller. And it's considered to be the most vital component of the pyramid's function. The Great Pyramid's capstone has been the subject of various theories and hypotheses over the centuries.