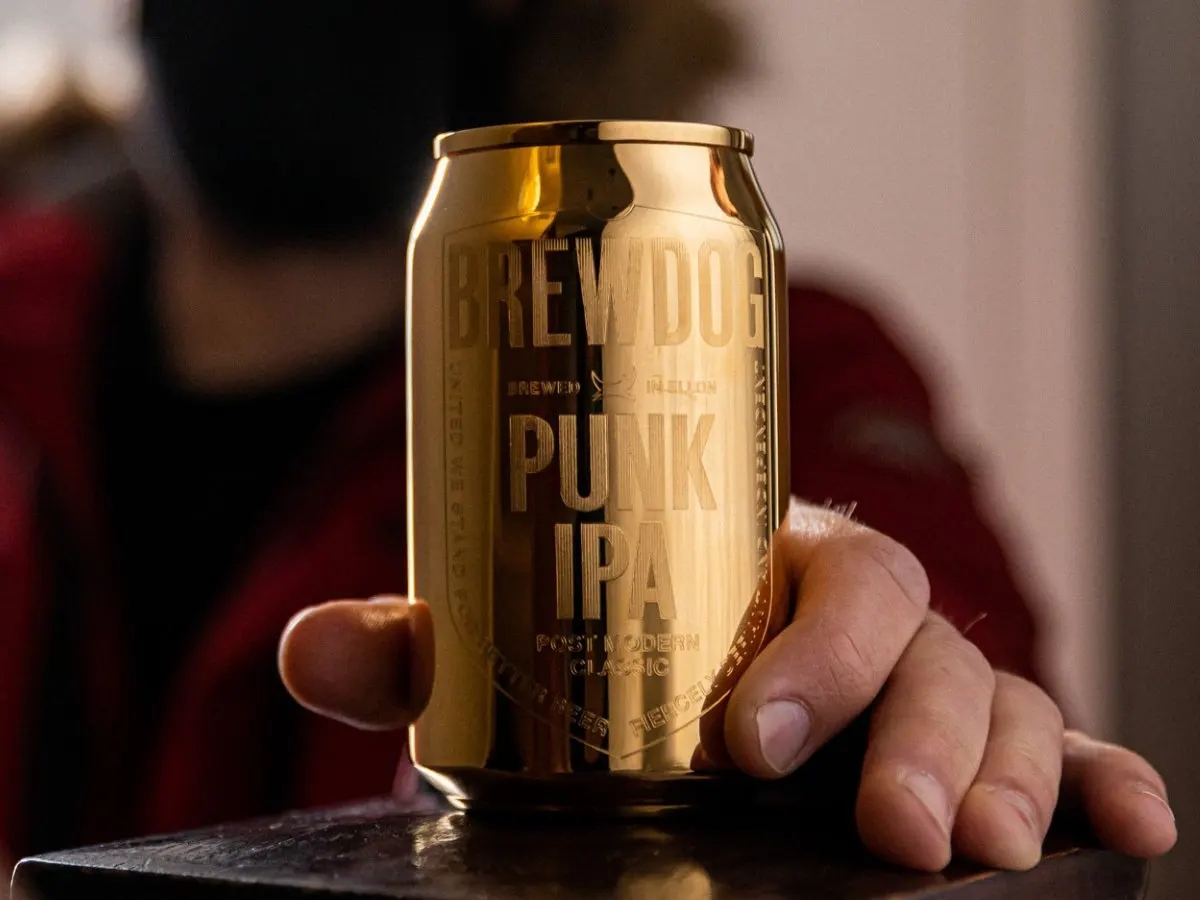 BrewDog boss pays £500k to winners after the Gold Beer promotion mistake. The company made headlines after holding a promotion in which people could find a solid gold can among their Brewdog cans.

The Advertising Standards Authority (ASA) ruled last year that the promotion 'inspired by Willy Wonka' was misleading after winners questioned the value of the cans and complained after discovering they were gold-plated.

Mr Watt, the Scottish brewer's co-founder and CEO, apologized after admitting he mistook the cans for solid gold.

BrewDog boss pays £500k to winners after the Gold Beer promotion mistake. BrewDog boss James Watt has had to pay after a 'simple misunderstanding' led to what he described as a 'silly mistake'.

The Scottish brewer had given away 'solid gold cans', but 25 customers complained when they discovered the cans were actually gold-plated.

The Advertising Standards Authority (ASA) later ruled that the promotion was deceptive, and BrewDog admitted it that they messed it up.

Watt, co-founder, and CEO has now revealed that the stunt cost him nearly £500,000, claiming that he made 'costly mistakes' after being 'carried away' by the project's excitement. 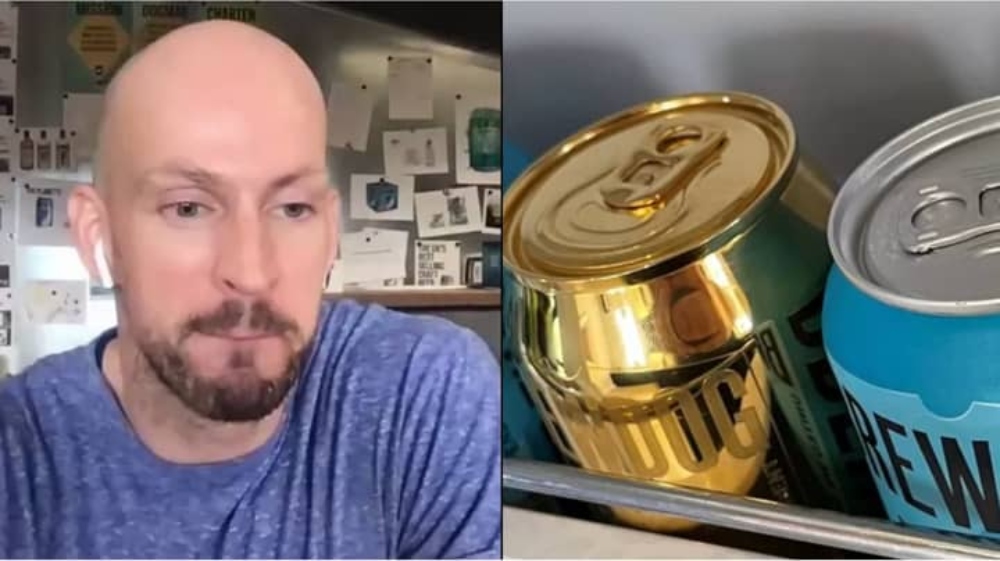 James Watt wearing a blue shirt; Brewdog beer can and gold can in a rack

He wrote on LinkedIn:

I falsely thought the cans were made from solid gold when they were indeed only gold plated. In my enthusiasm, I had misunderstood the process of how they were made and the initial tweets I sent out told customers of the prospect of finding ‘solid gold cans’.

It was a silly mistake and it only appeared in around 3 of a total of 50 posts about the promotion but as it turns out, those 3 tweets were enough to do a lot of damage.

Things started to go wrong when the winners got their cans. Despite the fact our valuation of £15,000 per can was accurate some of the winners had seen my earlier mention of ‘solid gold’ and complained when they realised they were only gold plated.

The ASA got involved too and ruled that we had run a misleading promotion. I should have checked things before I got carried away.

Watt stated that BrewDog was 'made to look dishonest and disingenuous,' but that it was his mistake 'alone,' and that he took it upon himself to 'make things right'.

I got in touch with all 50 winners and let them know that if they were unhappy with their prize I would personally offer them the full cash amount as an alternative. Furthermore, I promised to fund this myself so the business did not have to suffer financially from my mistake. All in all, it ended up costing me around £470,000 - well over 2 and a half years ‘salary. Those were 3 very expensive mistaken tweets that I sent out in my enthusiasm for our new campaign.

Watt concluded by saying the incident was a 'damaging episode' for the business, adding that he was now the 'proud owner of 40 gold cans'.

The ASA's ruling said it 'understood the prize consisted of 24-carat gold-plated replica cans', but added 'because the ads stated that the prize included a solid gold can when that was not the case, we concluded the ads were misleading'.

The watchdog added, "We told BrewDog plc not to state or imply that consumers would receive a solid gold can when that was not the case. We also told them to conduct their promotions equitably and fairly, and to avoid causing unnecessary disappointment."

BrewDog ran a similar promotion again in October 2021, but this time people could win one of ten diamond-encrusted gold-plated cans or a £25,000 ($34,000) cash equivalent, with winners chosen at random.

BrewDog has been chastised in the past for its marketing practices and workplace culture. The company was given B Corp status in February 2021, even though it was recently called hypocritical for running a World Cup ad campaign about Qatar's bad human rights record while being criticized by the Unite Hospitality union for how it treats its own employees.

Brewdog's ex-employees wrote in June 2021 that they had "suffered mental illness" as a result of working for the craft beer brewer. It said a lot of things, like that Brewdog, created a culture where people were afraid to speak up about problems.

Mr. Watt previously apologized to former employees and stated that their complaints would help him become a better CEO.

The Scottish brewer lost its B Corp status last month, less than two years after joining the scheme that certifies a company's ethical commitment to the environment, community, and employees.

Why Is BrewDog Cancelled?

Brewdog's Tokyo beer was taken off the shelves after a judge said that it didn't meet marketing standards. Animal rights groups said that BrewDog used "shock tactics" to get people's attention by putting ads for its 55% The End Of History ale inside the bodies of dead animals.

BrewDog lost its B Corp status less than two years after joining the scheme, which verifies a company's ethical commitment to the community, the environment, and its employees.

What Did The CEO Of BrewDog Do?

James Watt, Brewdog's CEO, said he made "some expensive mistakes" with a promotion that gave people the chance to find a solid gold can hidden in a case in 2021. Some winners didn't think the cans were worth much and complained when they found out they were gold-plated. Mr. Watt said that he had "wrongly thought" that the cans were made of solid gold.

BrewDog boss pays £500k to winners after the Gold Beer promotion mistake. The chief executive of BrewDog has paid that amount from his own pocket to winners of a bungled "solid gold" beer can promotion, which he has admitted making the controversial brewer look "dishonest and disingenuous".

James Watt said he got so caught up in the Willy Wonka-inspired promotion, in which 50 gold cans were hidden in cases of beer, that he made "costly mistakes" that led treasure hunters astray.

He said he thought the cans were made of solid gold, but they were mostly made of brass and only had a thin layer of precious metal on them. The UK's advertising watchdog found out later that they would have been worth £363,000 each.