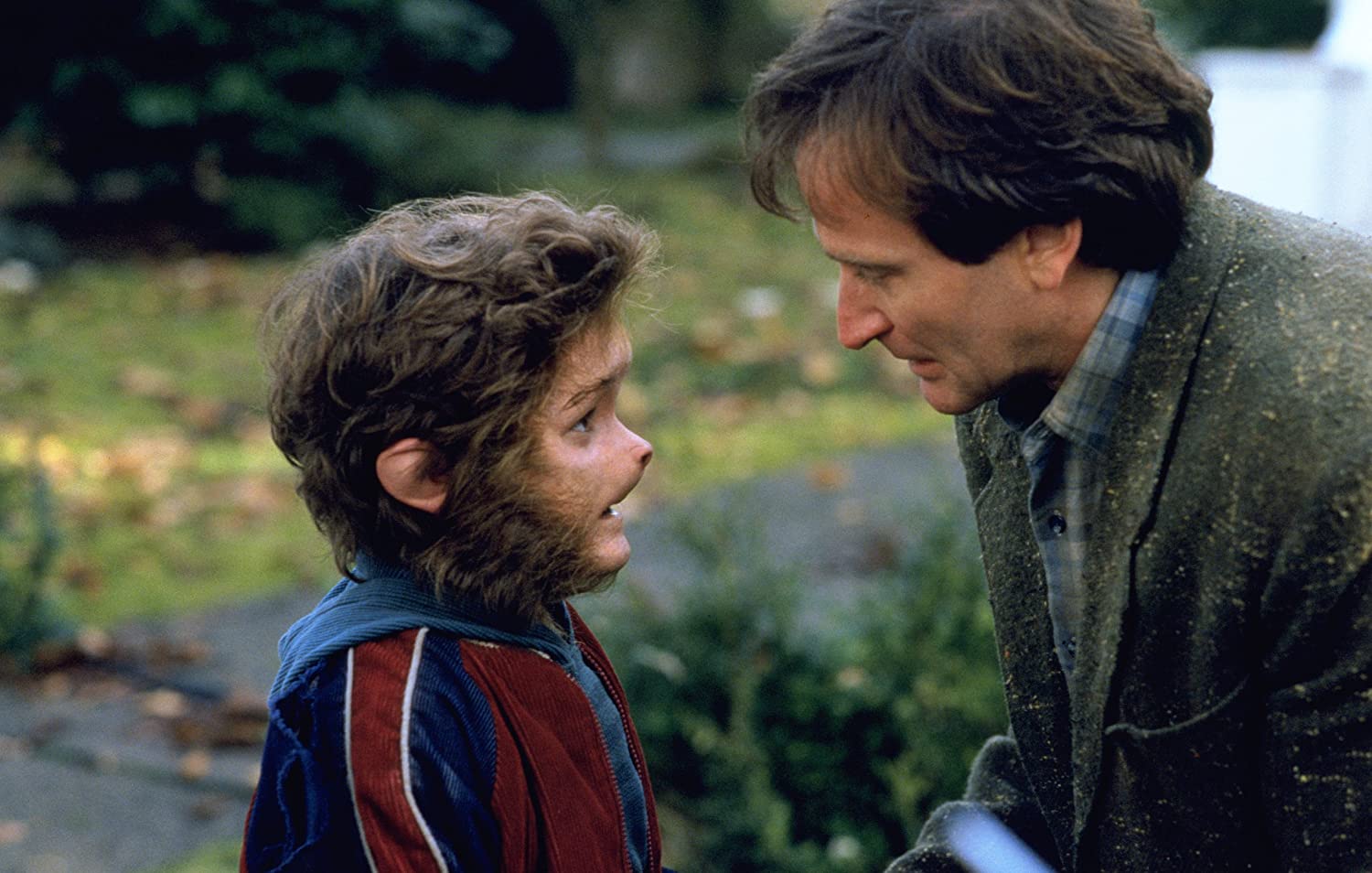 Are you one of the moviegoers who gasped and screamed as the original cast of 1995's Jumanji triumphed over every challenge of the magical board?

Without a doubt, Jumanji was one of the most captivating movie genres in 1995, and the lesson it taught is still relevant today.

Jumanji is a 1995 American fantasy adventure film that tells the story of Judy Shepherd (Kirsten Dunst) and Peter Shepherd (Bradley Pierce), who move into an abandoned house and uncover a magical board game.

Every time a player makes a move in this board game, dangerous jungle creatures and other obstacles appear on the board.

As soon as players begin playing, they free Alan Parrish, played by Robin Williams, from the game's hidden jungle realm.

He then goes to Brantford to find out how his disappearance has affected the town.

Alan's childhood friend Sarah Whittle (Bonnie Hunt) and he get back together, and the four of them keep playing the game that Alan and Sarah started 26 years ago.

They want to finish the game so that the consequences of the game will finally disappear.

The main headings below present the original cast of the film Jumanji and their lives after the film. 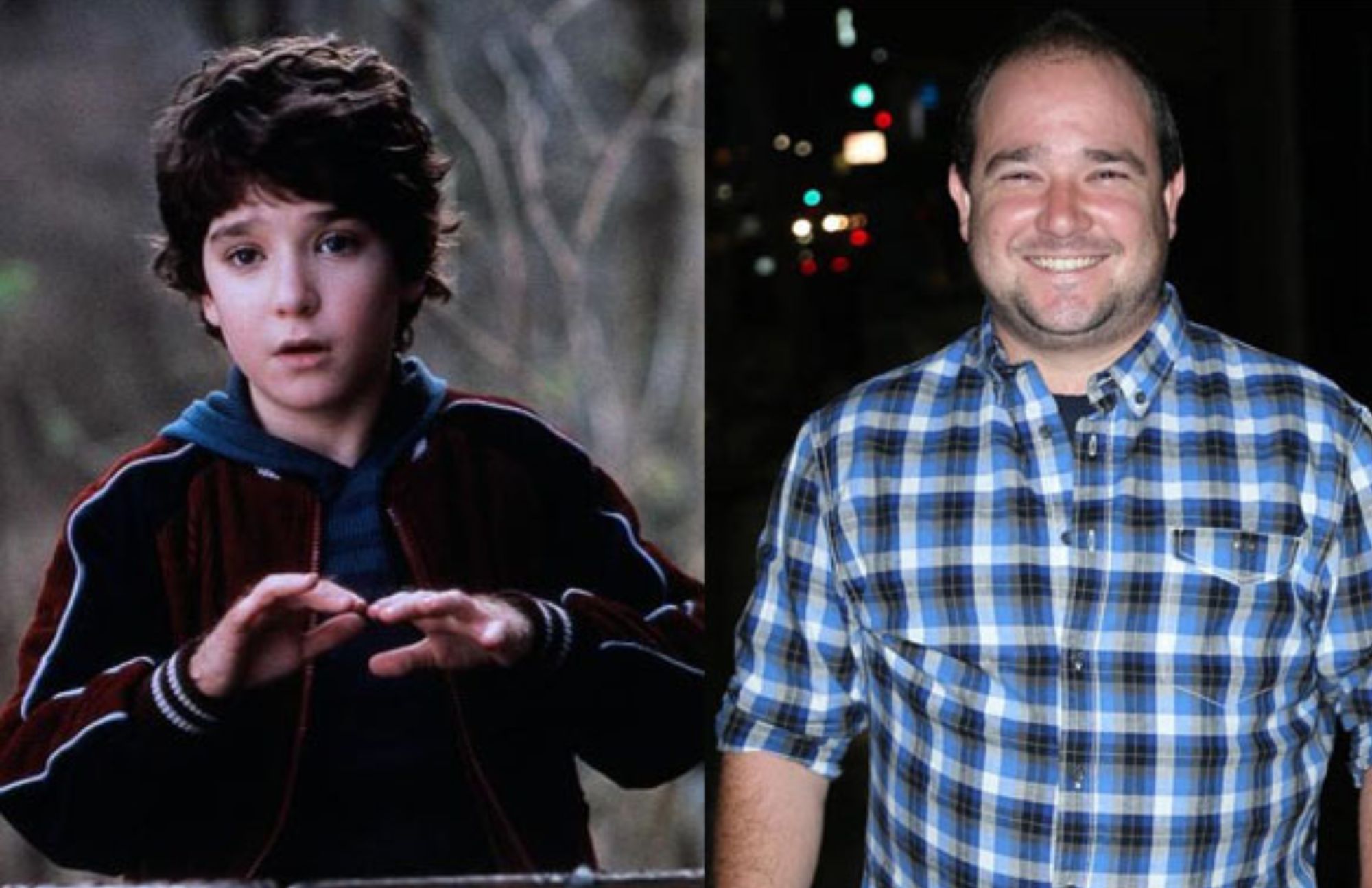 The young man in the dark maroon jacket on the left is Bradley Pierce, who played Peter Sheperd

Peter Sheperd, the main character of the movie, was a child who easily became bored.

He quickly lost interest in his toys and didn't take the game "Jumanji" seriously because he thought it seemed like a boring game.

When he rolled the dice and summoned a lion from the game, it rapidly attempted to eat him, and this caused him to quickly change his mind.

Peter was so shaken up by the strength of the game that he immediately decided he did not want to play it any longer.

However, his sister reminded him that the game's challenges would not be resolved until one of them made it to the Golden City.

What Is the Real Peter Sheperd Up To Now (Bradley Pierce)?

Throughout his life, Bradley has been actively involved in numerous charitable endeavors.

He worked with "Kids With A Cause" in Los Angeles as a young ambassador and then as their spokesperson for a year before the City of San Diego's mayor gave him a commendation.

The Red Cross and the Los Angeles Children's Hospital are two more places where he has worked.

Bradley works as a counselor and teaches outdoor skills for "the Y," which used to be called the YMCA. He is still a strong advocate for cancer research.

Since their May 6, 2005, wedding, Bradley Pierce and Shari Holmes have been divorced. As a result of their marriage, they had three children.

Bradley is a filmmaker, and he is also one of the people who started the cocktail review site Pierce & Luna. This is a place where people can learn how to mix drinks.

Pierce and his girlfriend, Bella Luna, now work at high-profile events as bartenders and consultants.

Lastly, Bradley Pierce has made a net worth of $300,000 as an American actor and voice actor. 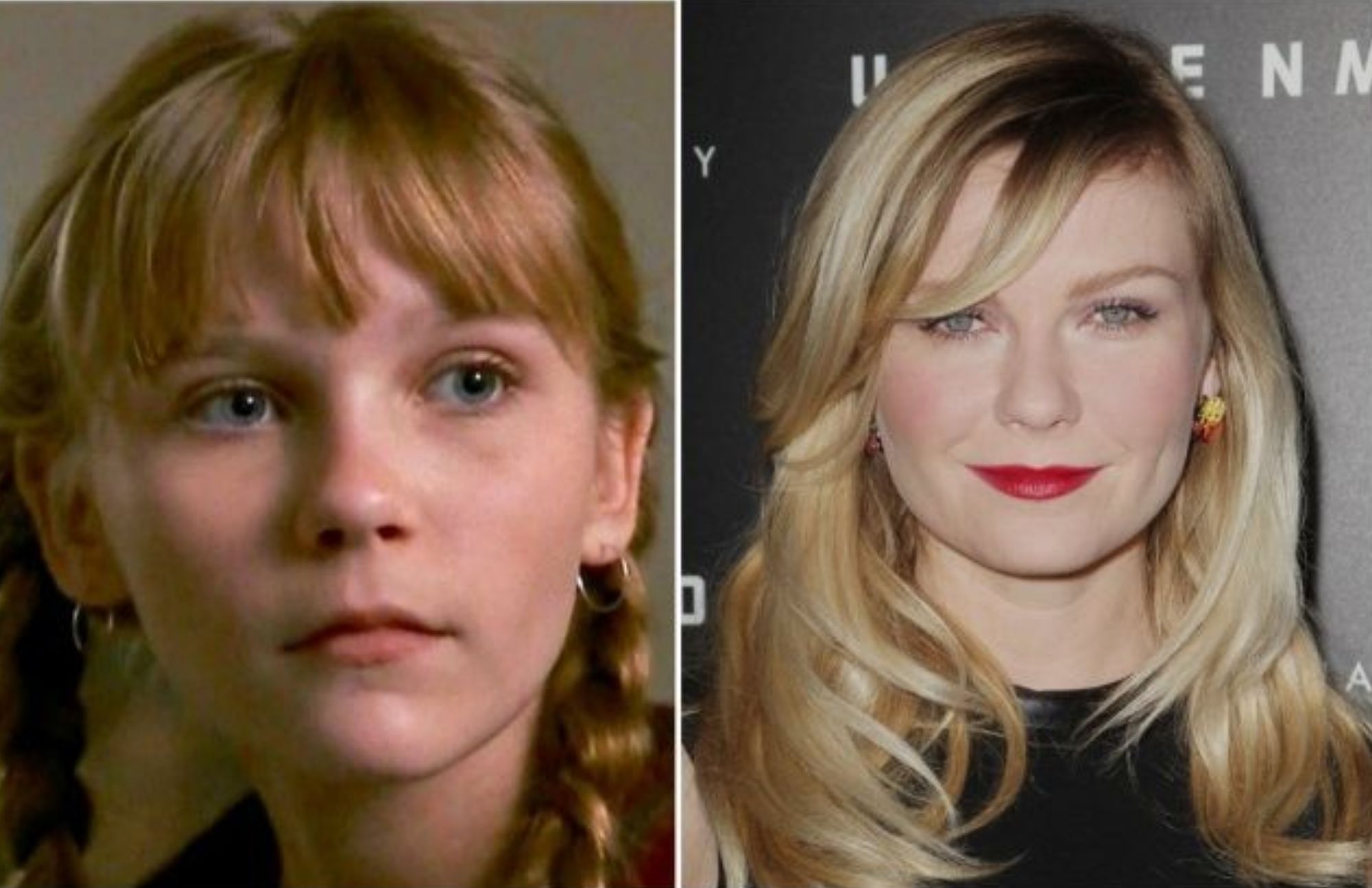 Judy Shepherd is a young and inquisitive girl in the film Jumanji, played by Kirsten Dunst, who is stunning in her red lips and blonde hair

Judy Sheperd's behavior was a lot like that of her brother, in that she was easily excited or bored.

She had read and understood the instructions regarding how to end the game in order to undo the various effects that it had released.

Therefore, she was more eager than Peter to complete the game.

The American actress, singer, and model Kirsten Dunst has a career that has earned her a total of $25 million in net worth.

Dunst is now in a committed relationship with actor Jesse Plemons.

Ennis Howard and James Robert are their two children.

Kirsten Dunst is still active in the acting industry and received a nomination for an Academy Award in 2022 for the role of Best Supporting Actress in the film titled "The Power of the Dog," which also starred her fiance, Jesse Plemons.

She was also nominated for a Primetime Emmy Award in 2016 for her work on the FX series Fargo, which is a collection of short films.

She is also currently filming the action epic movie "Civil War," which will be released later this year. 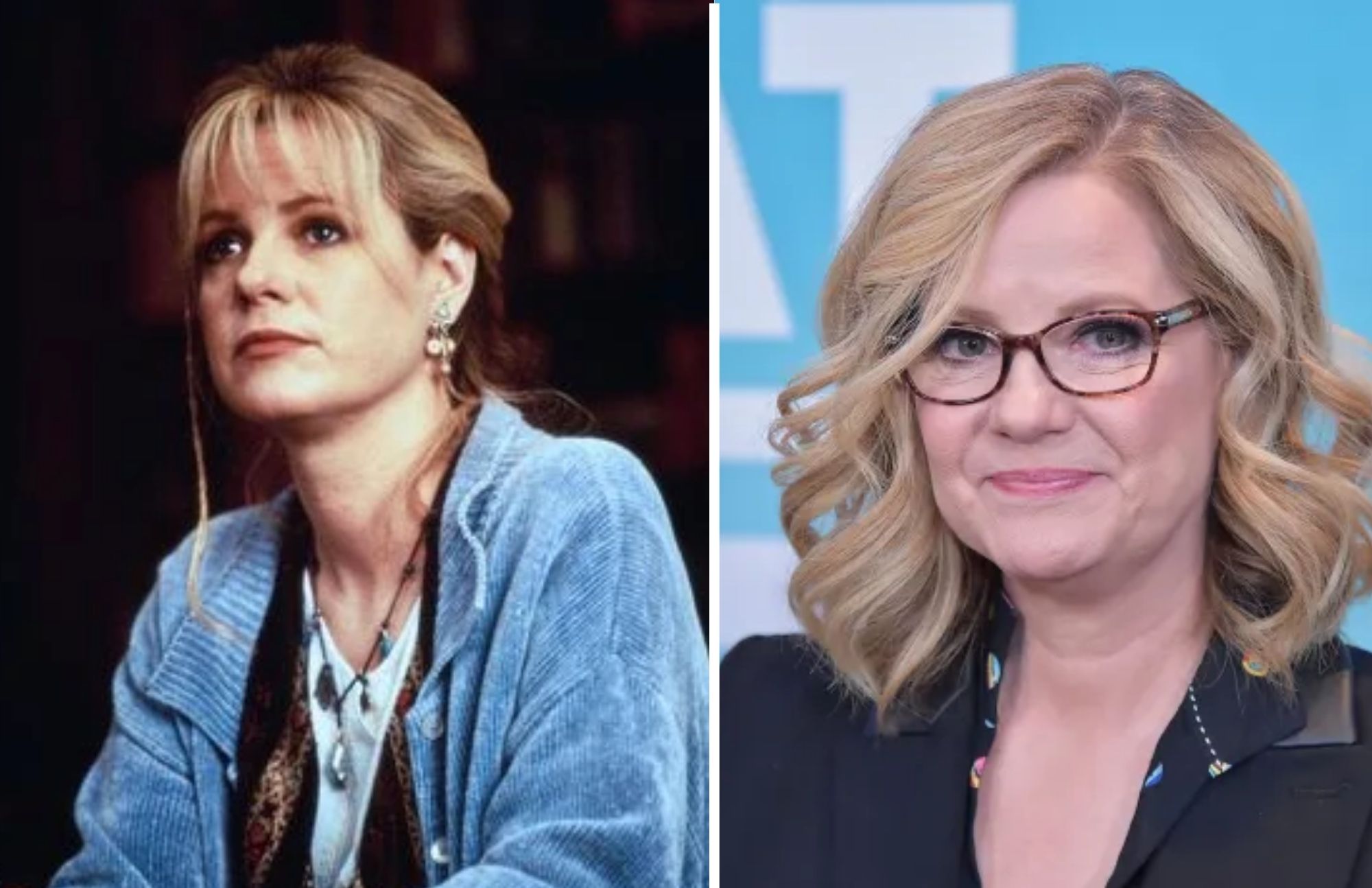 Sarah Whittle is played by Bonnie Hunt, who wears glasses and has blonde hair

Sarah Whittle was a local resident of Brantford and resided in a home just around the corner from the Parrish Mansion in Brantford.

The first thing that Sarah did was refuse to play by throwing the dice down on the board.

She did this first because board games hadn't been her thing since 1969, but Jumanji instantly accepted it as a valid roll and it started playing nevertheless.

The supernatural bits scared the kids, and they were about to give up when Alan dropped the dice when the grandfather clock chimed.

This started his turn and drew him into the game, while Sarah's bats chased her.

After Alan, Judy, and Peter saved Peter from a pod, they finally got Sarah to like them by promising to look out for each other and not give up until the game was over and the consequences were all gone.

Bonnie Hunt is an American actress, comedian, director, producer, writer, and television host who played the role of Sarah Whittle.

The estimated net worth of Bonnie Hunt as of July 2022 is $12 million.

Hunt writes regularly and does voice acting, but he hasn't been on screen much in the last few years, except for a few small parts in shows like "Escape at Dannemora."

She has made spending time with her family a top priority.

During the pandemic and until her death, she lived with her mom in Chicago.

"Let's all agree. We are never going back." The heck you won't. This is too good to ever stop. new Story every time, new characters and imitation. Best never ending, ever expanding, character-mix adventure role-play story game ever created, contested with The Oasis only. Also, they all deserve an Oscar. Milo as Kevin Hart I loved the personality change. The slow down is much needed with this one! Dwayne Johnson, Awkwafina mimic of Danny DeVito's angry grandpa. Epic. I was hoping for a visual demonstration of the first thing he did, because anyone switching sex would undoubtedly do some body exploring.

Alan had a difficult relationship with his father, a shoe factory owner.

In Alan's mind, his father's desire for him to attend boarding school was a sign that he wasn't loved enough by his father.

For the past 26 years, he has been trapped in a voodoo-like board game called Jumanji.

Jumanji was introduced to Alan in 1969, when he found himself on a space that said, "In the jungle you must wait, 'til the dice read five or eight."

However, in 1995, after two orphaned kids discovered the game and began playing it again, he was released from the game's jungle.

Alan must help the children to complete the game in order to remove the curse of Jumanji. 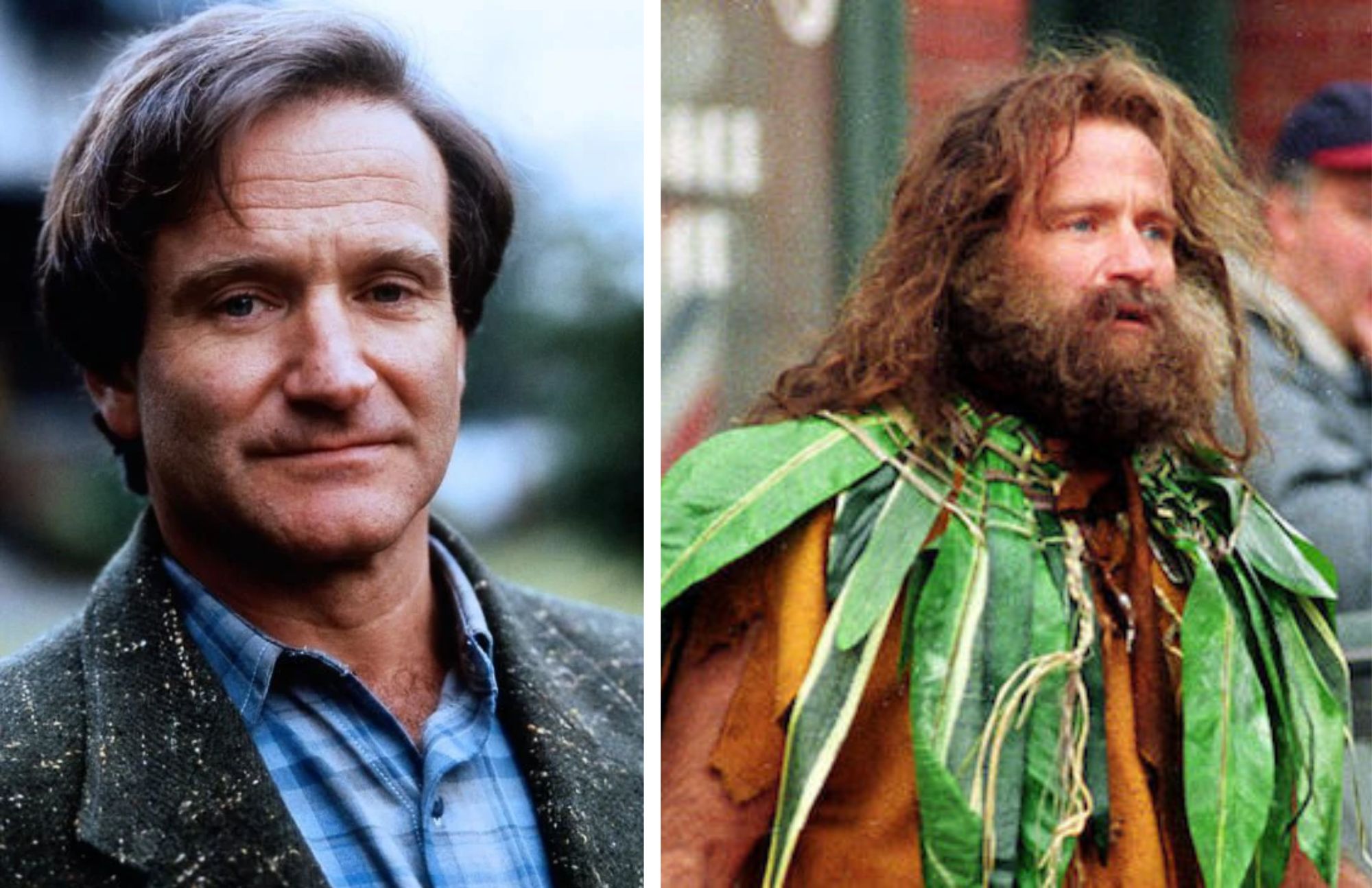 On the right is Robin William, who played Alan Parrish, who is trapped in the jungle inside the Jumanji board

In order to progress to the next turn, you must overcome the deadly challenges thrown at you by Jumanji. This is a tremendous struggle for them.

Robin William, who is an American comedian and actor, took the role of Alan Parrish in the movie Jumanji.

Sadly, this actor passed away on August 11, 2014 in Tiburon, California.

But before he passed away, he was honored with an Academy Award for his performance in the film Good Will Hunting (1997).

Williams continued to play both comedic and serious roles as his career progressed.

In Patch Adams (1998), he played a doctor who uses laughter to heal his patients, and in One Hour Photo (2002), he played a psychotic photo-lab technician who stalks a suburban family (2002).

Jumanji 1995 Cast Then And Now

What Actors Were In The First Jumanji?

Robin Williams is not just the main attraction of the movie, but he is also the actor whom the vast majority of people think of whenever they think of Jumanji.

Aside from Robin Williams, the cast of Jumanji includes a lot of well-known performers who you might have forgotten about, such as Bonnie Hunt, Kirsten Dunst, Bebe Neuwirth, and Patricia Clarkson.

Sam Parrish and Van Pelt are two of the characters that Jonathan Hyde plays in the movie.

To summarize, the following is the cast of the 1995 movie Jumanji:

Judy Shepherd, a young girl who lives in the Parrish house in 1995, is played by Kirsten Dunst.

How Old Was Alan Parrish In Jumanji?

Adam, who was 13 when "Jumanji" came out, did a great job as the young Alan Parrish. He didn't stay in acting, but he's done great work as a writer, illustrator, and author of children's books.

Is Jumanji OK For 7 Year Old? 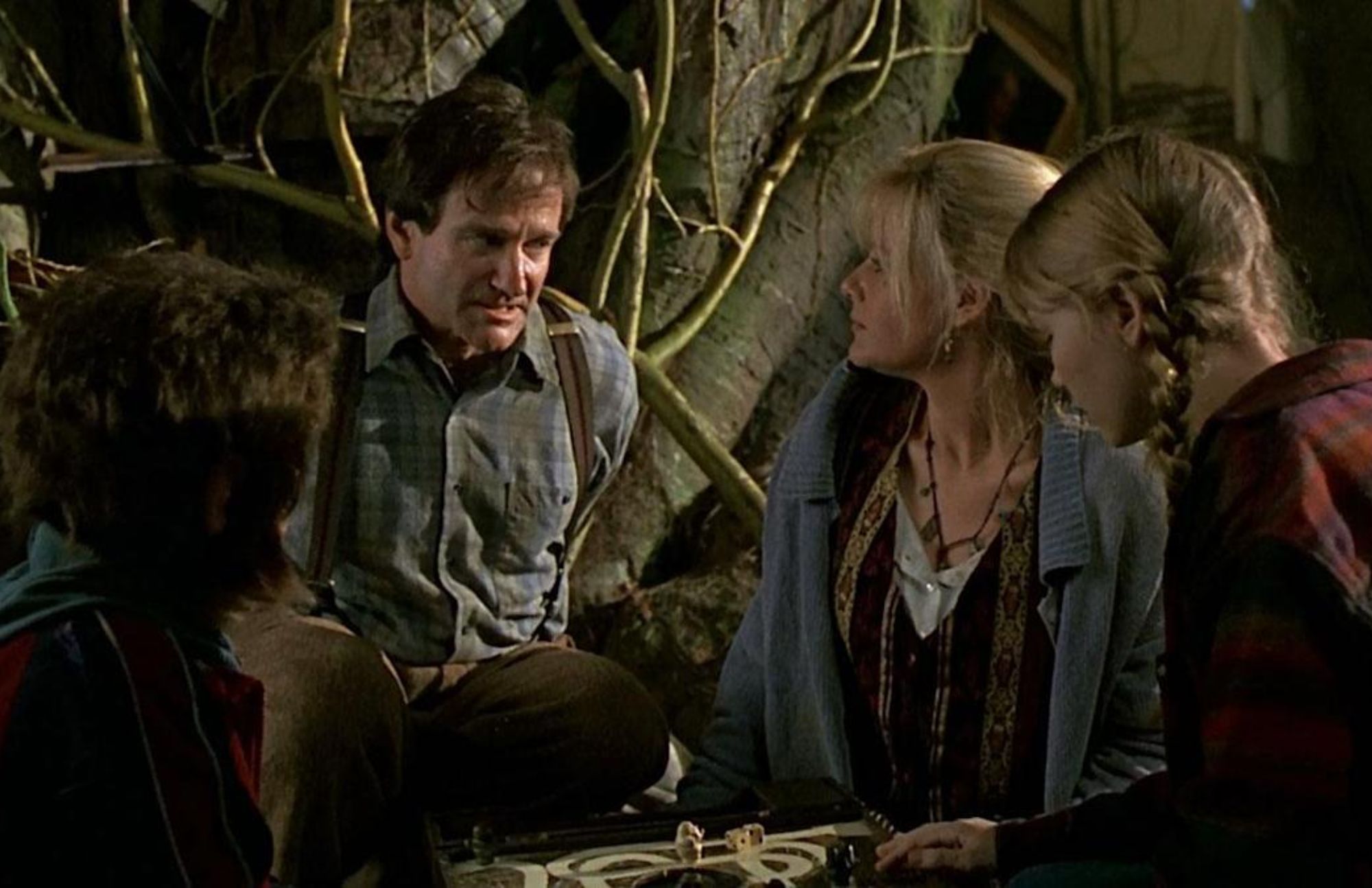 The four main characters are playing Jumanji, and behind them is a massive tree trunk

There are some scary and violent scenes in the movie that might upset younger kids, so it's not recommended for kids under 12.

The original cast of Jumanji, who worked hard to make the 1995 movie a hit, has been rewarded for their hard work.

Aside from the cast of 1995's Jumanji featured in this article, you may also check out other actors such as Jonathan Hyde, Bebe Neuwirth, David Alan Grier, Patricia Clarkson, and James Handy, or the Exterminator.